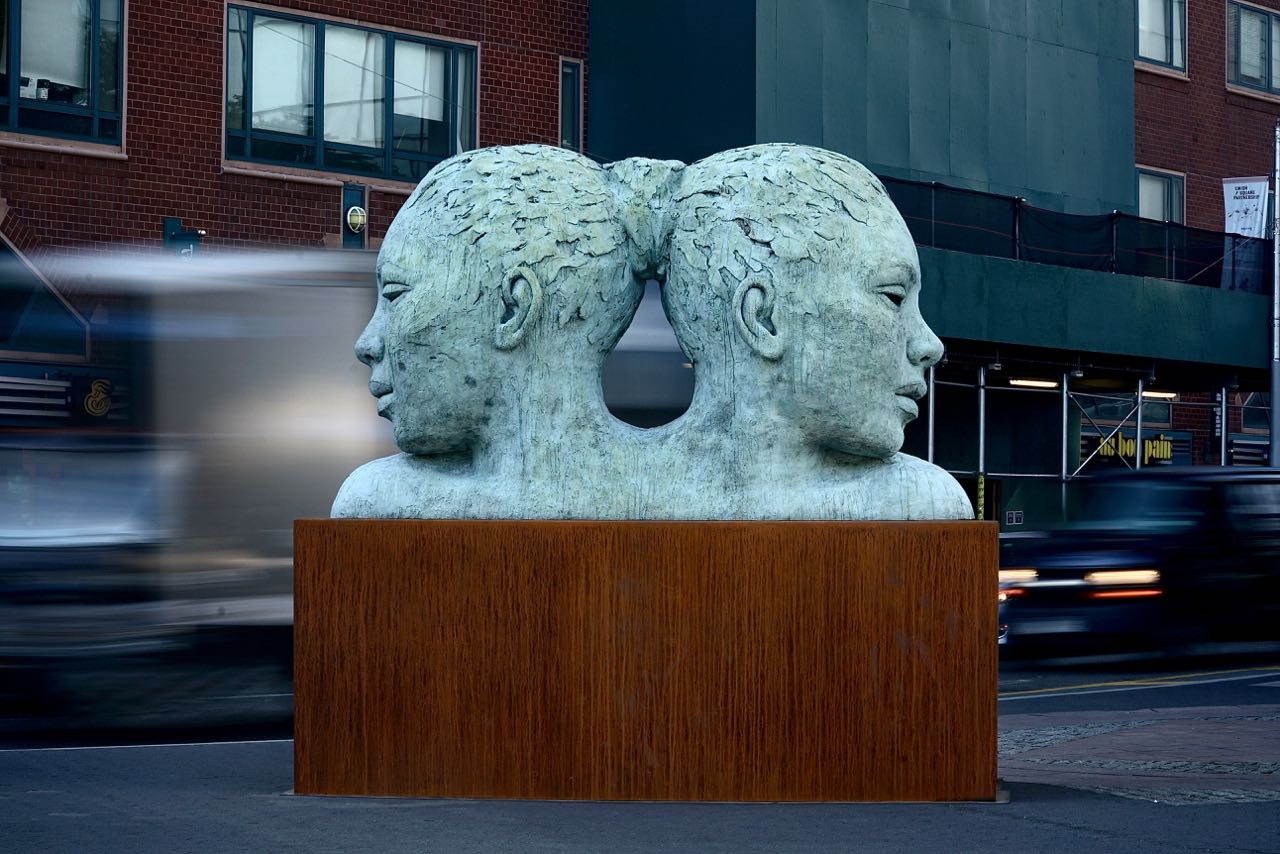 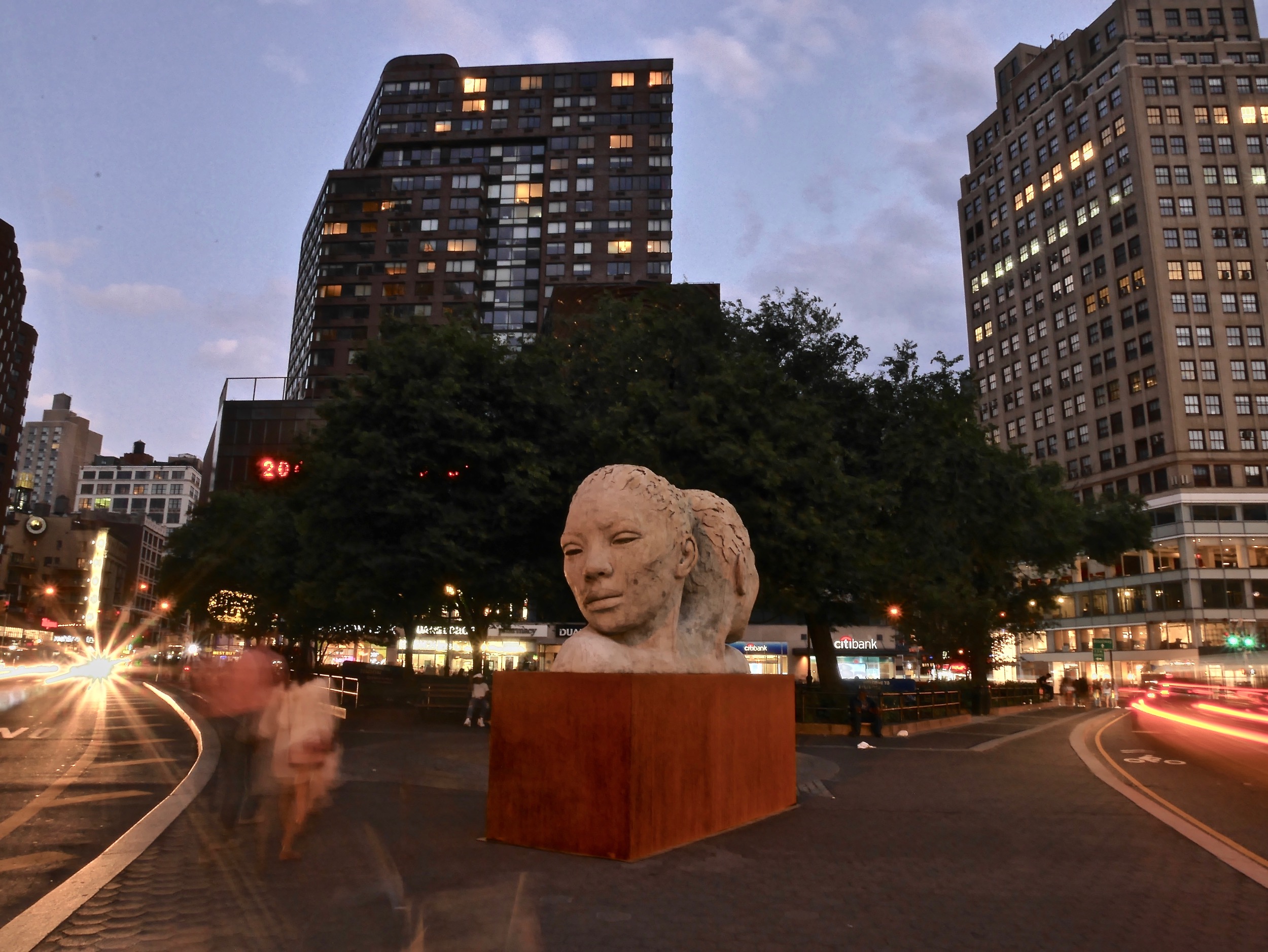 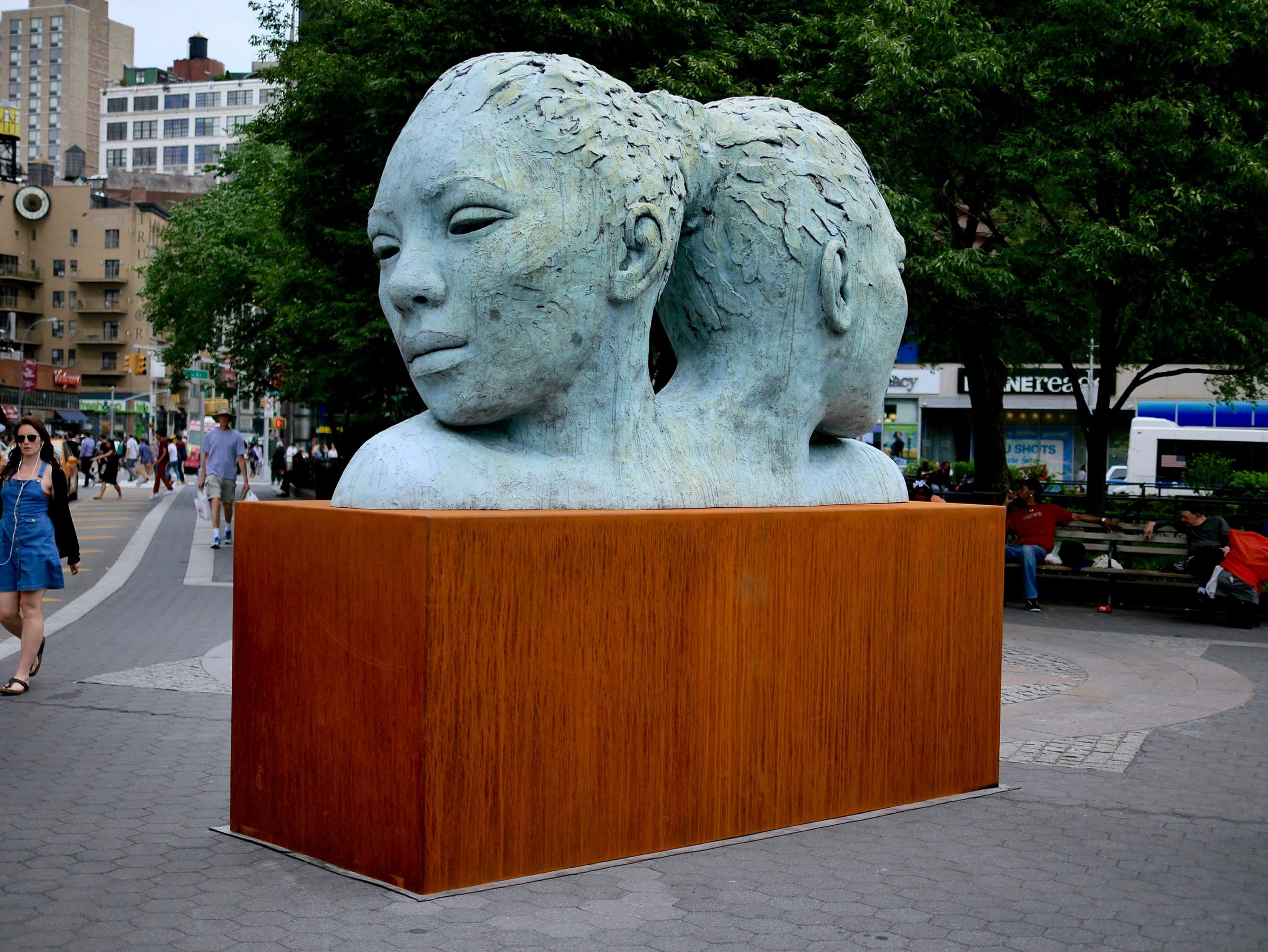 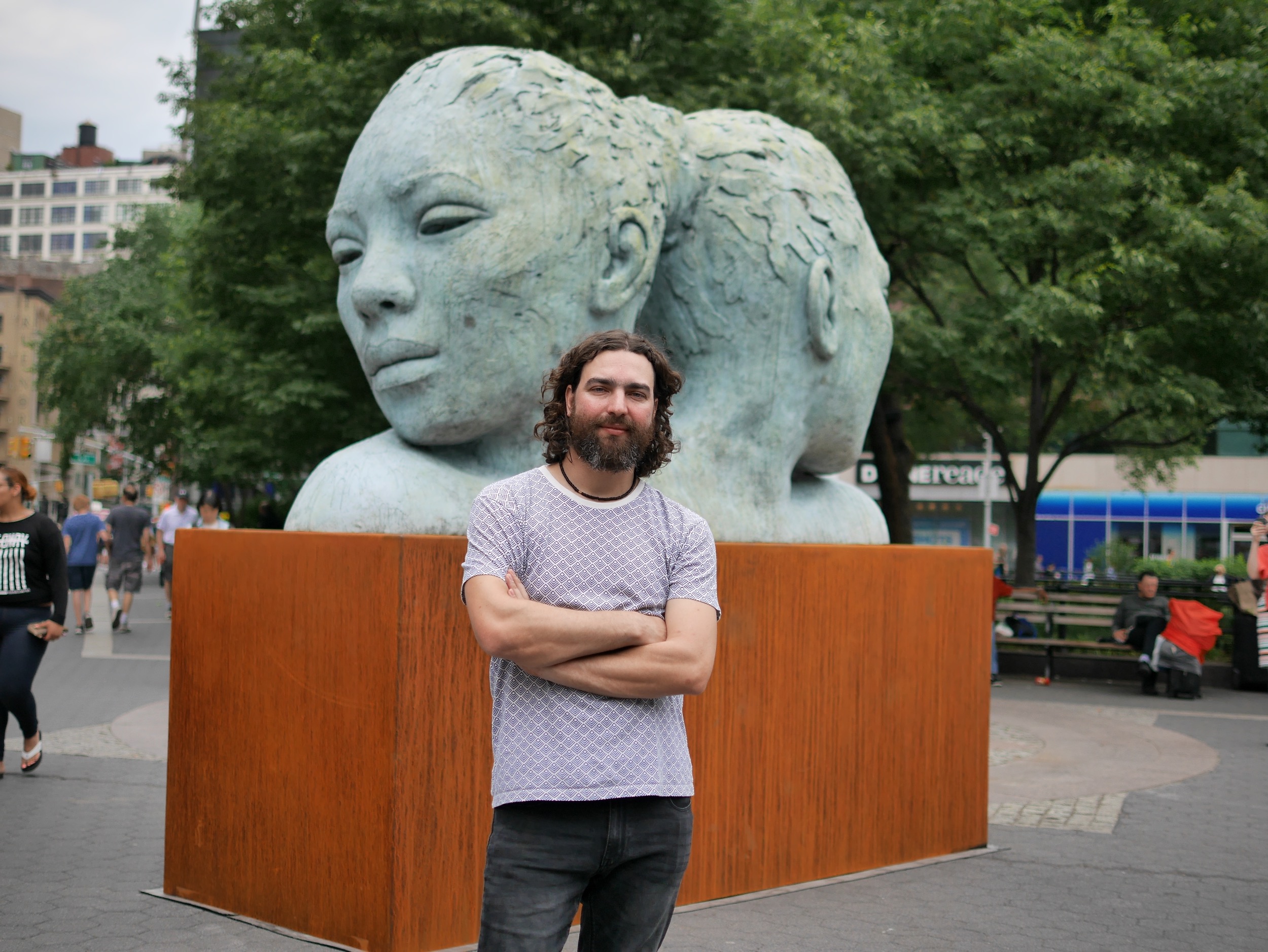 CYNTHIA-REEVES, in collaboration with the New York City Parks, the Union Square Association, and ArtNY, presents MORPHOUS, a bronze sculpture by South African Artist Lionel Smit, installed in Union Square from June 11, 2016 through to April 2017. The 12’ long sculpture is the second in an edition of three; the first is in the noted Graff Collection in South Africa. This is the artist’s first public art installation in the United States, complemented by an exhibition of his paintings at CYNTHIA REEVES on the campus of MASS MOCA in the Berkshires August- September, 2016.

Lionel Smit's MORPHOUS is an exploration of hybrid identity and its ever-changing nature within South Africa's social landscape. This particular piece evokes a question of time, of past and future, and the balance point at which his country finds itself as it embarks on the next chapter of a post-Apartheid and post-Nelson Mandela South Africa, a future South Africa. This "double-vision" is a foretelling, and an acknowledgement of what has already passed, a societal commentary without judgment. The figures are charged with an emotive and gestural energy, a hallmark of Smit's evocative work.

Working in tandem with municipalities, non-profit entities, curators and public parks, CYNTHIA-REEVES continues to gain recognition for coordinating public art initiatives in New York City and elsewhere. This current installation by Lionel Smit is in partnership with the NYC Parks, the Union Square Partnership, the South African Consulate, and the Art Miami group of art fairs.

Lionel Smit is best known for his contemporary portraiture executed through monumental canvases and sculptures. Each of his works offers us an entry point into the variety and richness that lies beneath every face – a task he undertakes with great sensitivity. "My fascination with portraiture and the abstraction of color plays a dualistic role in my artistic expression and creation. The combination of the representation of human form, and the mercurial quality of emotions, translated by color, line and form, is what inspires the imaginative and abstract essence of the work." - Lionel Smit