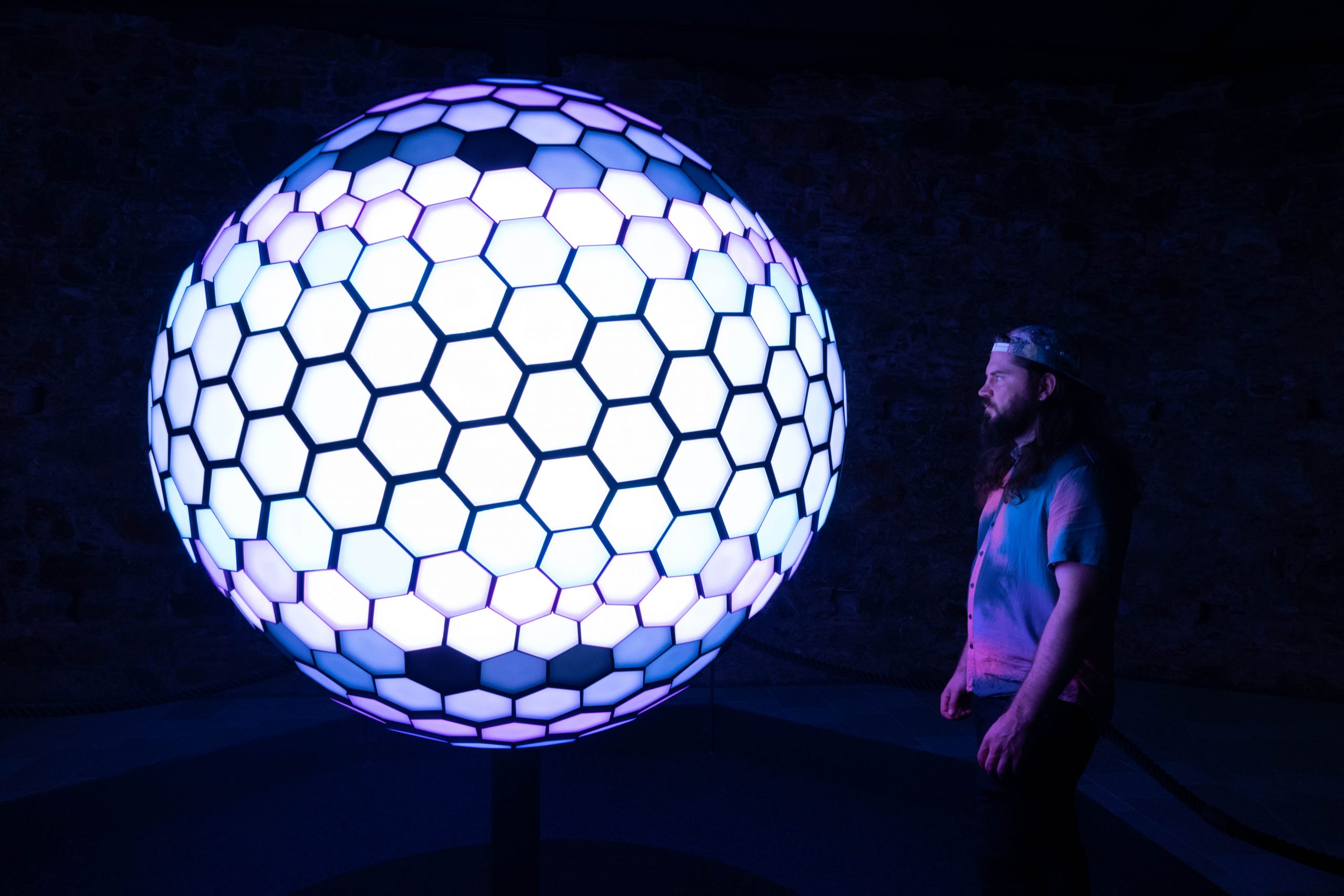 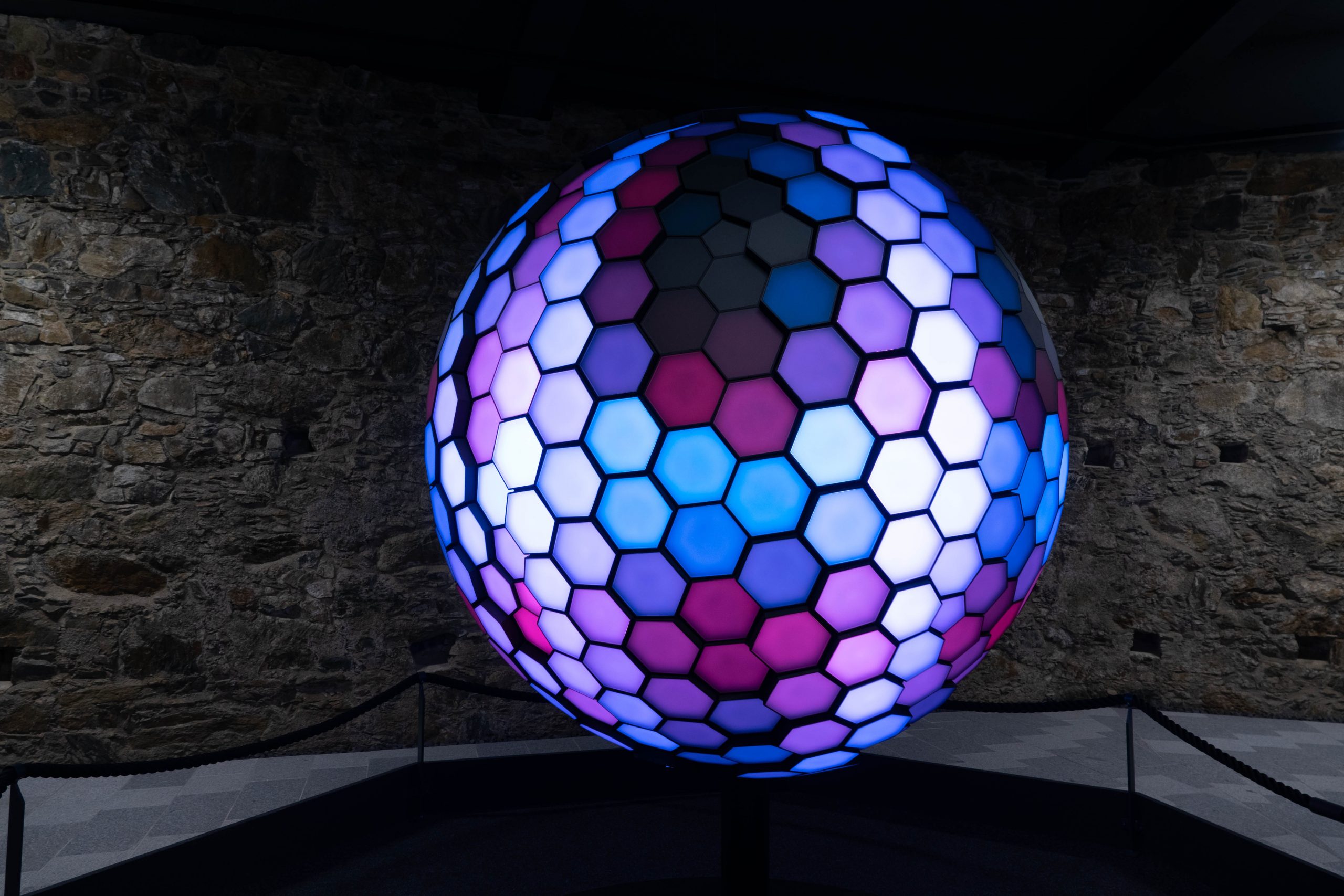 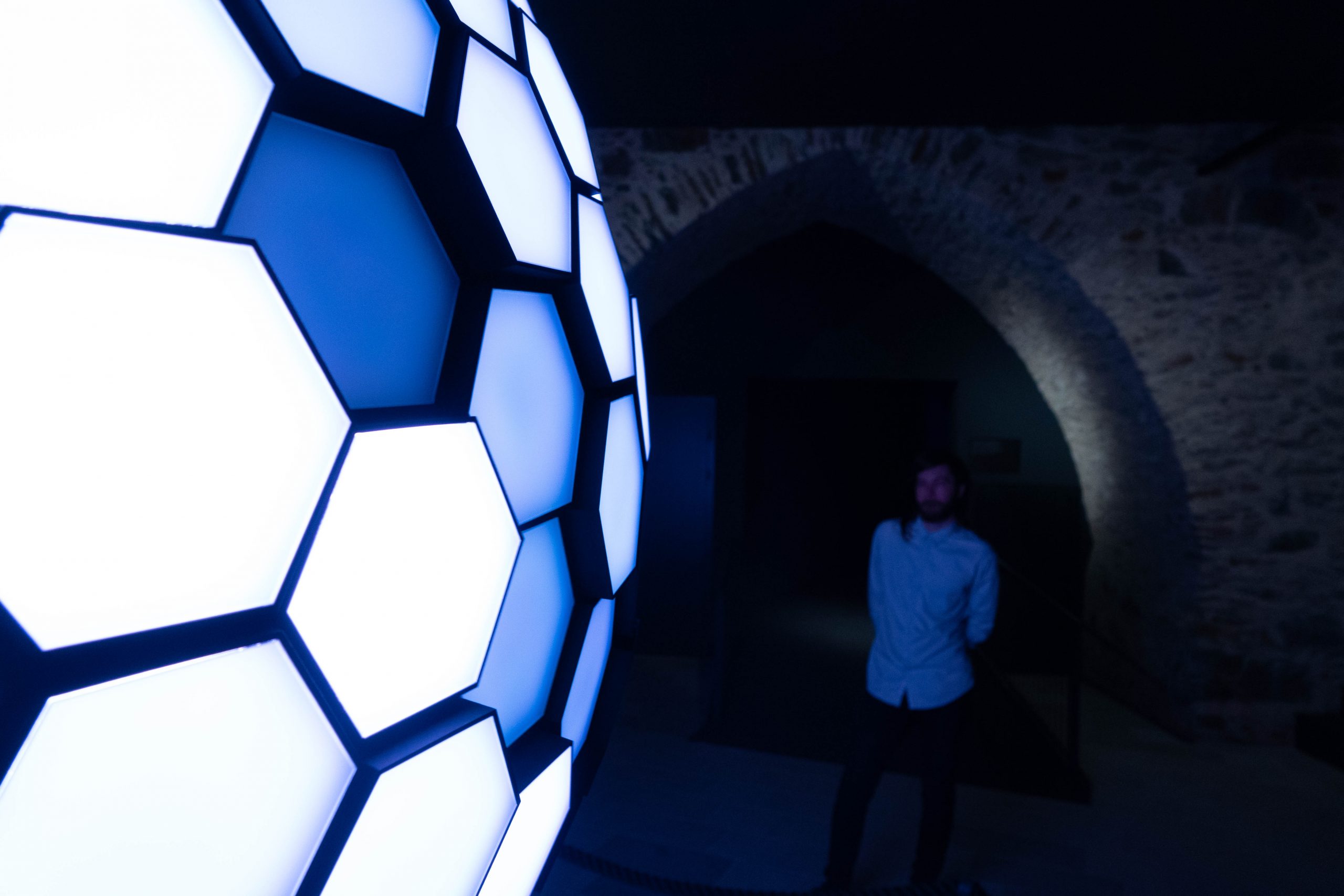 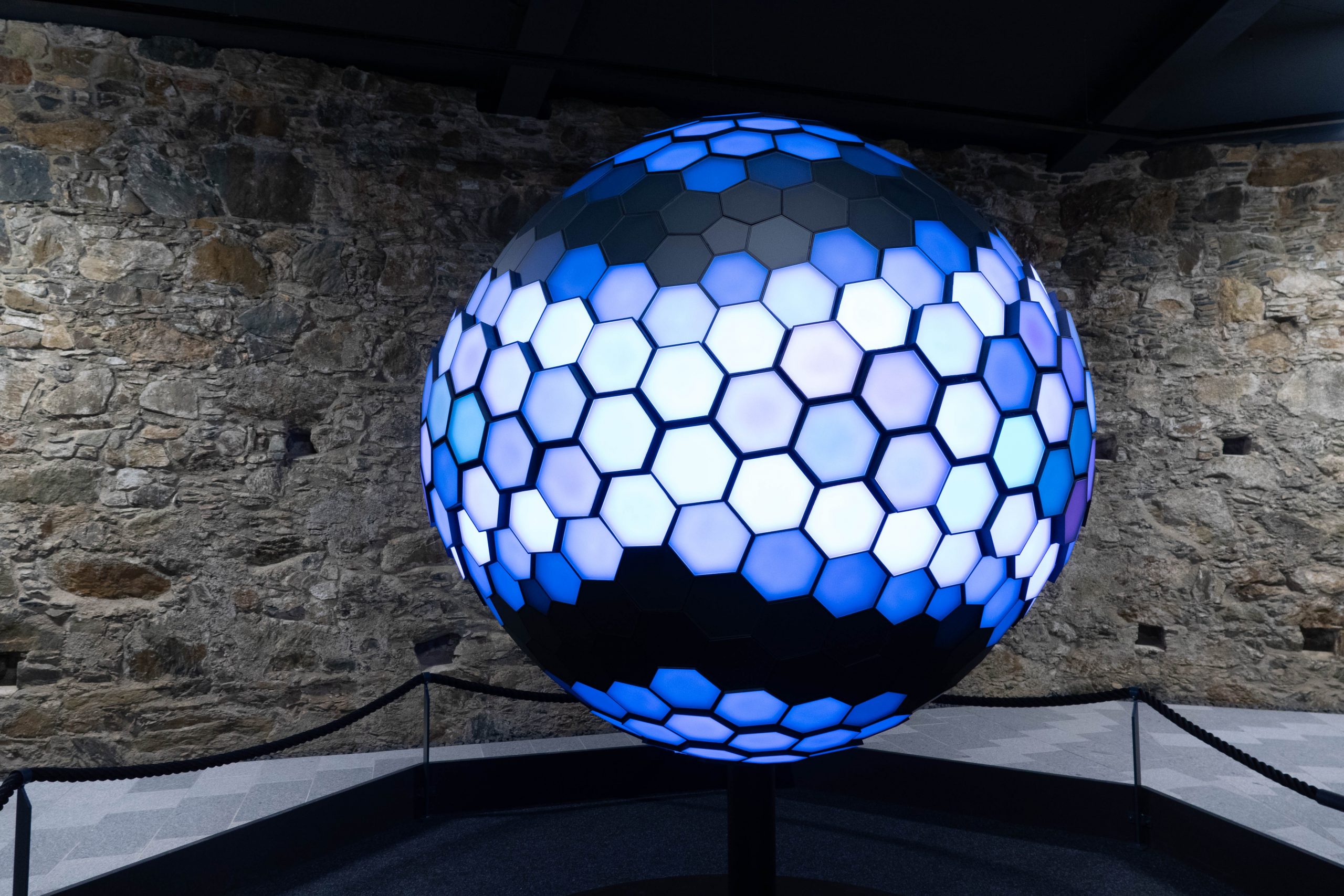 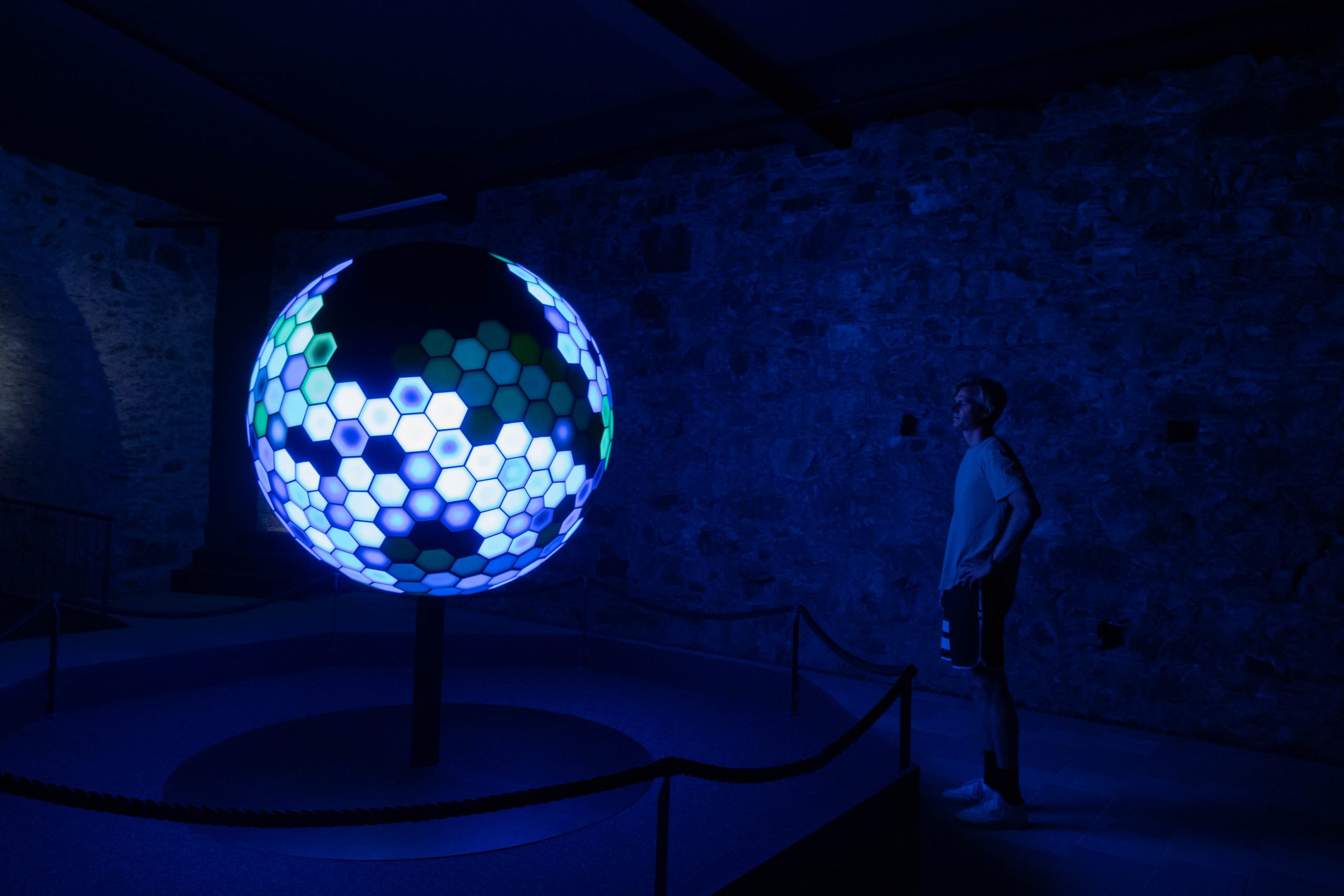 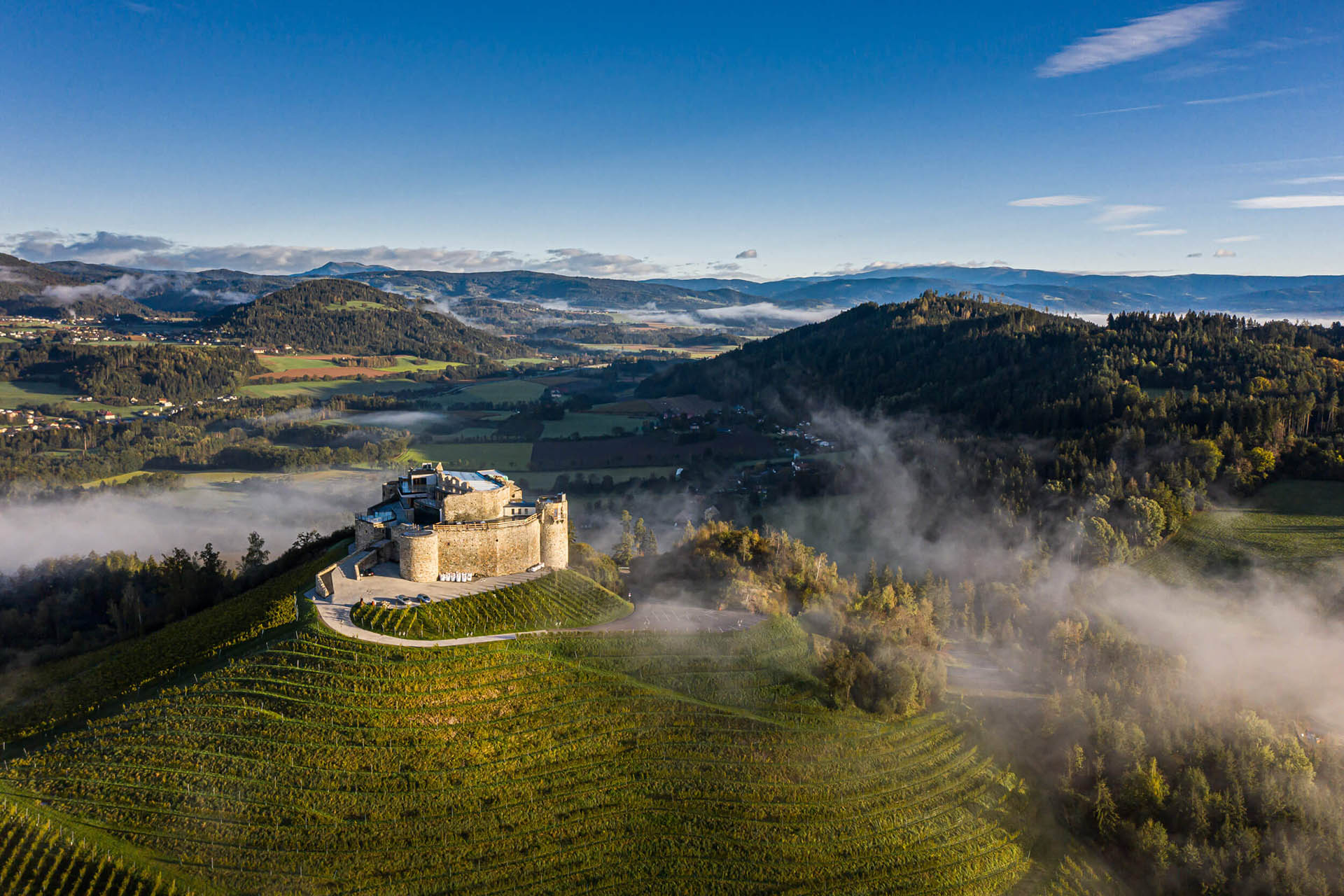 MORPH TE (Taggenbrunn Edition) is an exploration of the relationship between humanity and robotics. In an age of endless automation and cold, technological prevalence, MORPH TE sheds light on a new kind of artificial life. MORPH TE is both art, and a deep dive into technological anthropoMORPHism.

MORPH TE was commissioned as a standalone piece within a new media art gallery in Burg Taggenbrunn, Austria. The goal was to create a highly bespoke and otherworldly sculpture in contrast to the surrounding 12th-century castle walls. This is a statement piece within the gallery.

This was a collaboration between Augmentl Studio and MindBuffer. Altogether only a small team of 3 people.
Nicholas Perillo of Augmentl Studio was the original creator of the concept and was responsible for the design, electronics engineering and fabrication of the piece. Joshua Batty and Mitchell Nordine of MindBuffer developed and built upon the concept, creating completely custom software and firmware that generates the highly dynamic visuals and soundscapes that bring MORPH TE to life.

MORPH TE resides within the permanent exhibition titled ZEITRÄUM, curated by the celebrated multimedia artist André Heller. The exhibition, which opened to the public in July 2021, is presented in the beautifully renovated Burg Taggenbrunn in Sankt Veit an der Glan, Austria, situated above Weingut Taggenbrunn. ZEITRÄUM is described as “an interplay of imagination and information, sounds and light”.