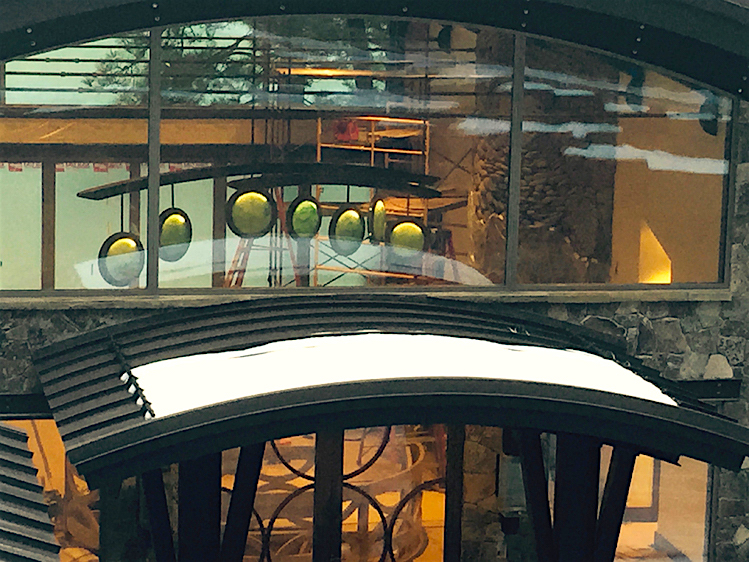 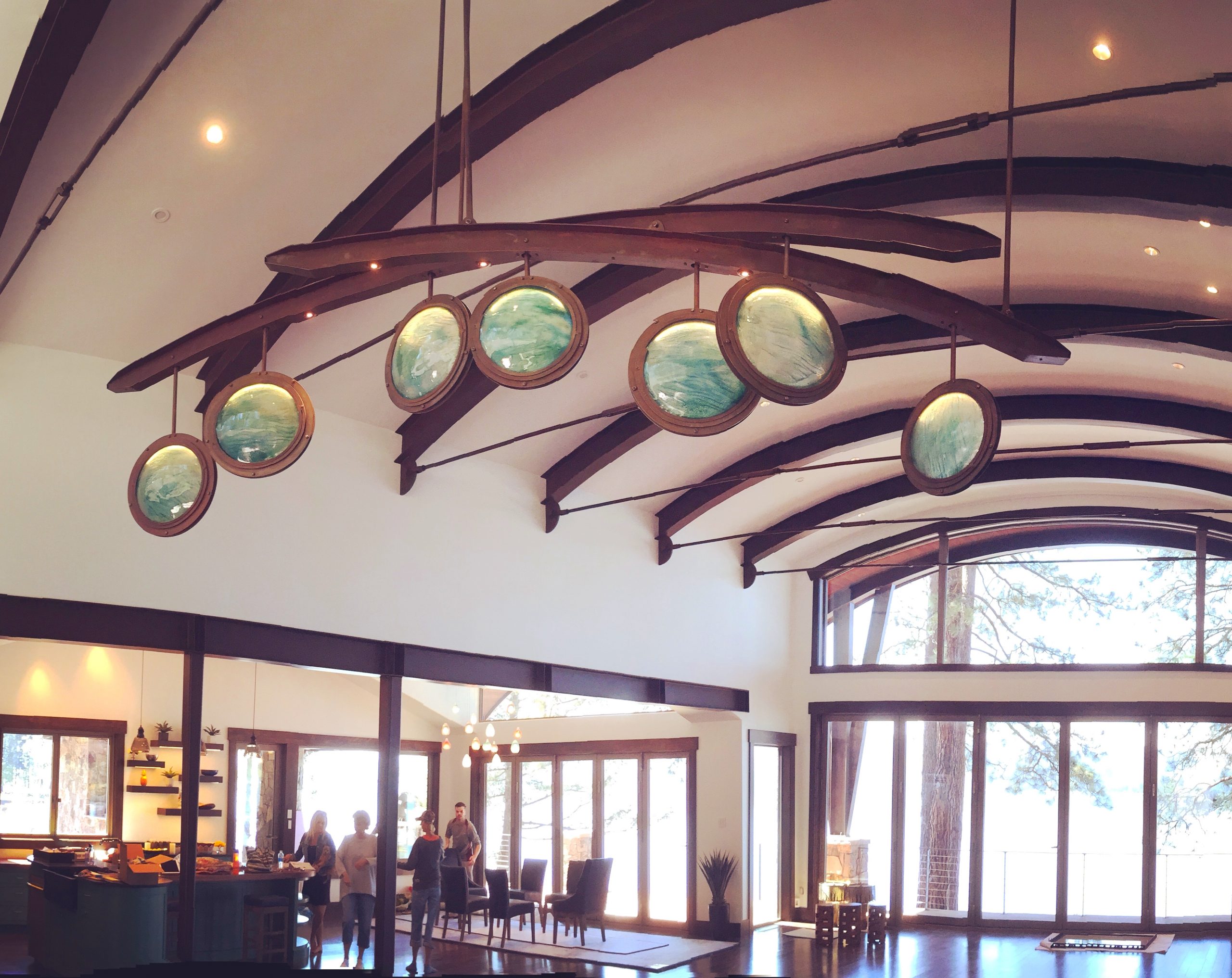 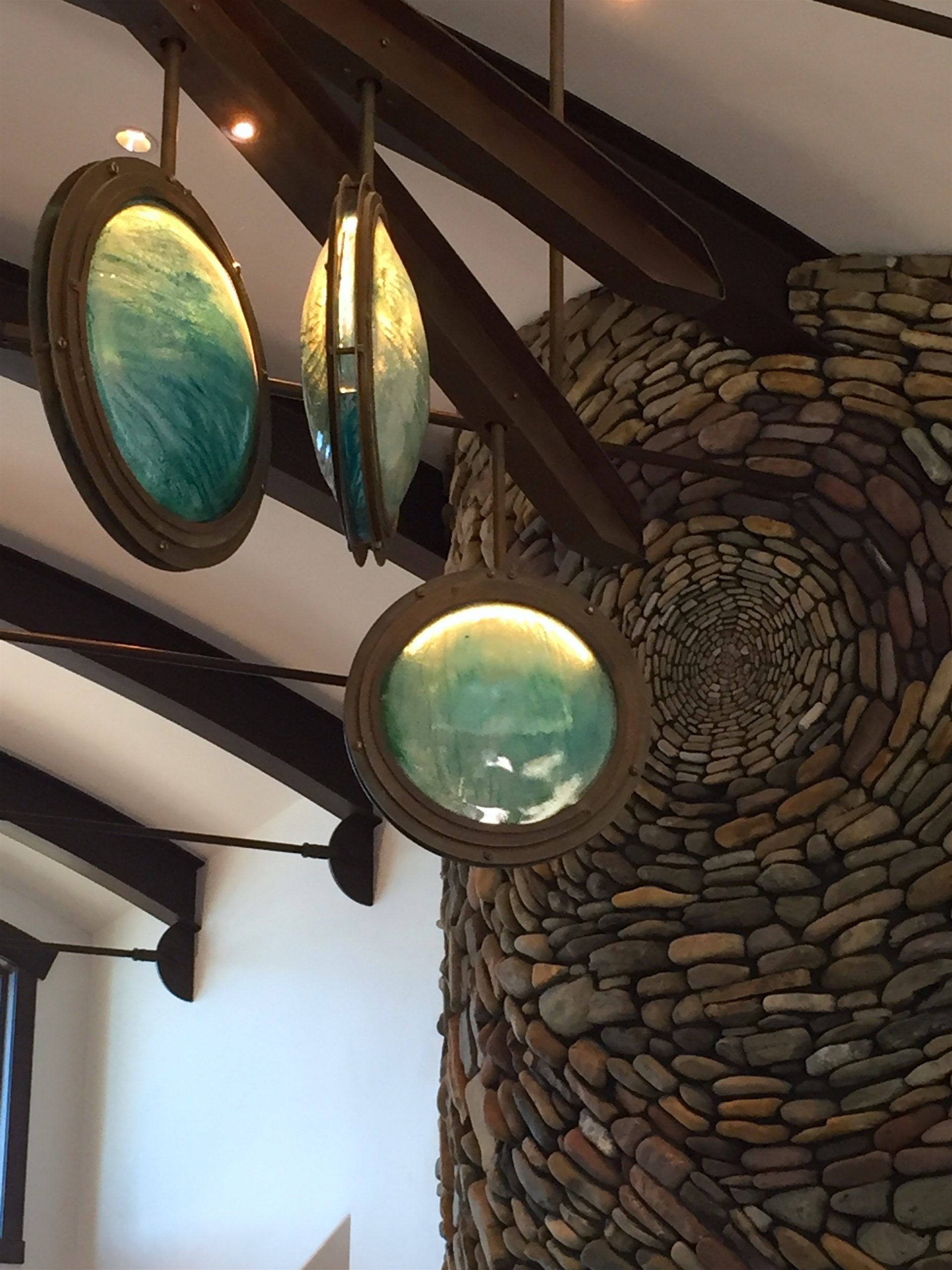 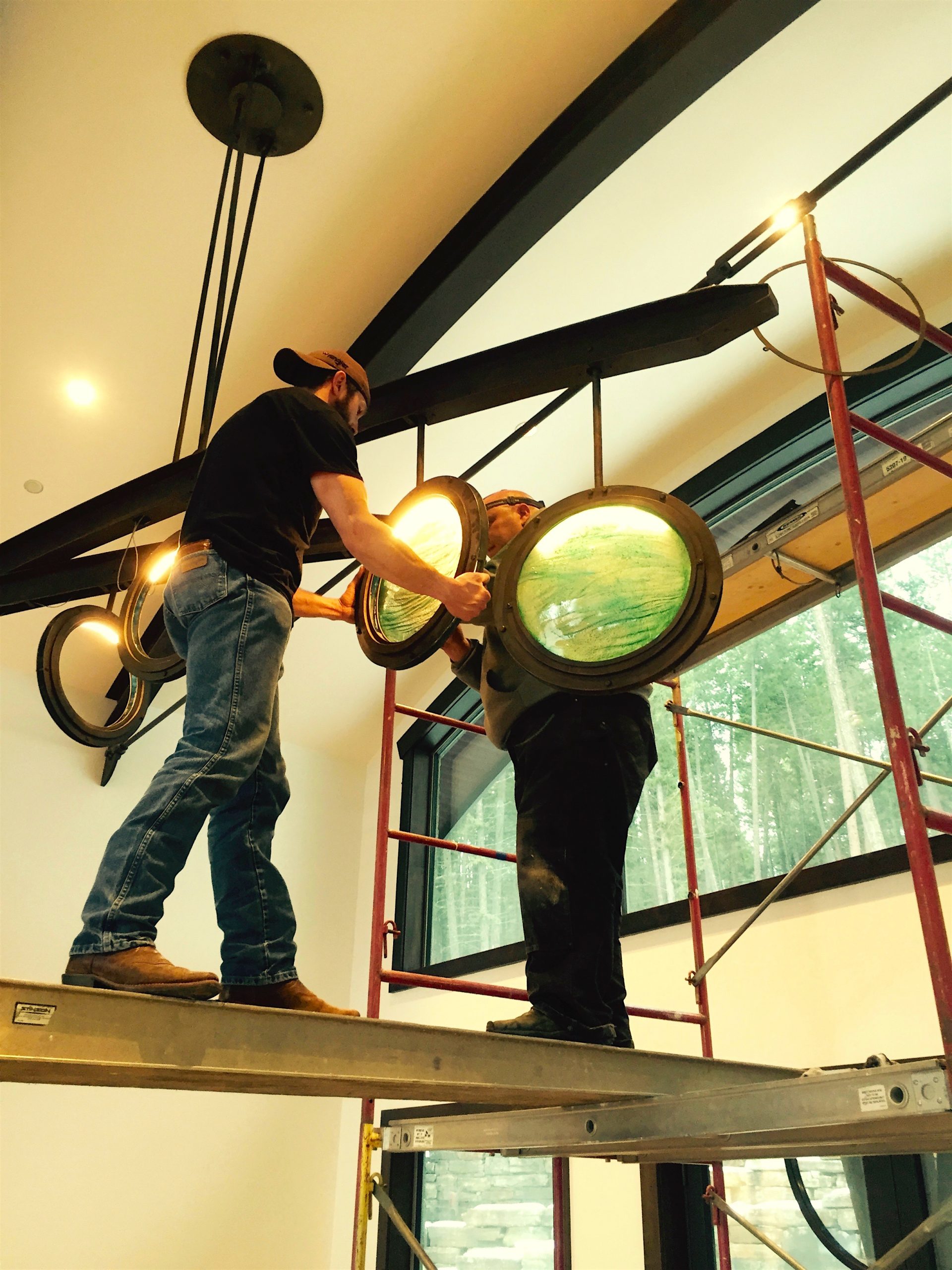 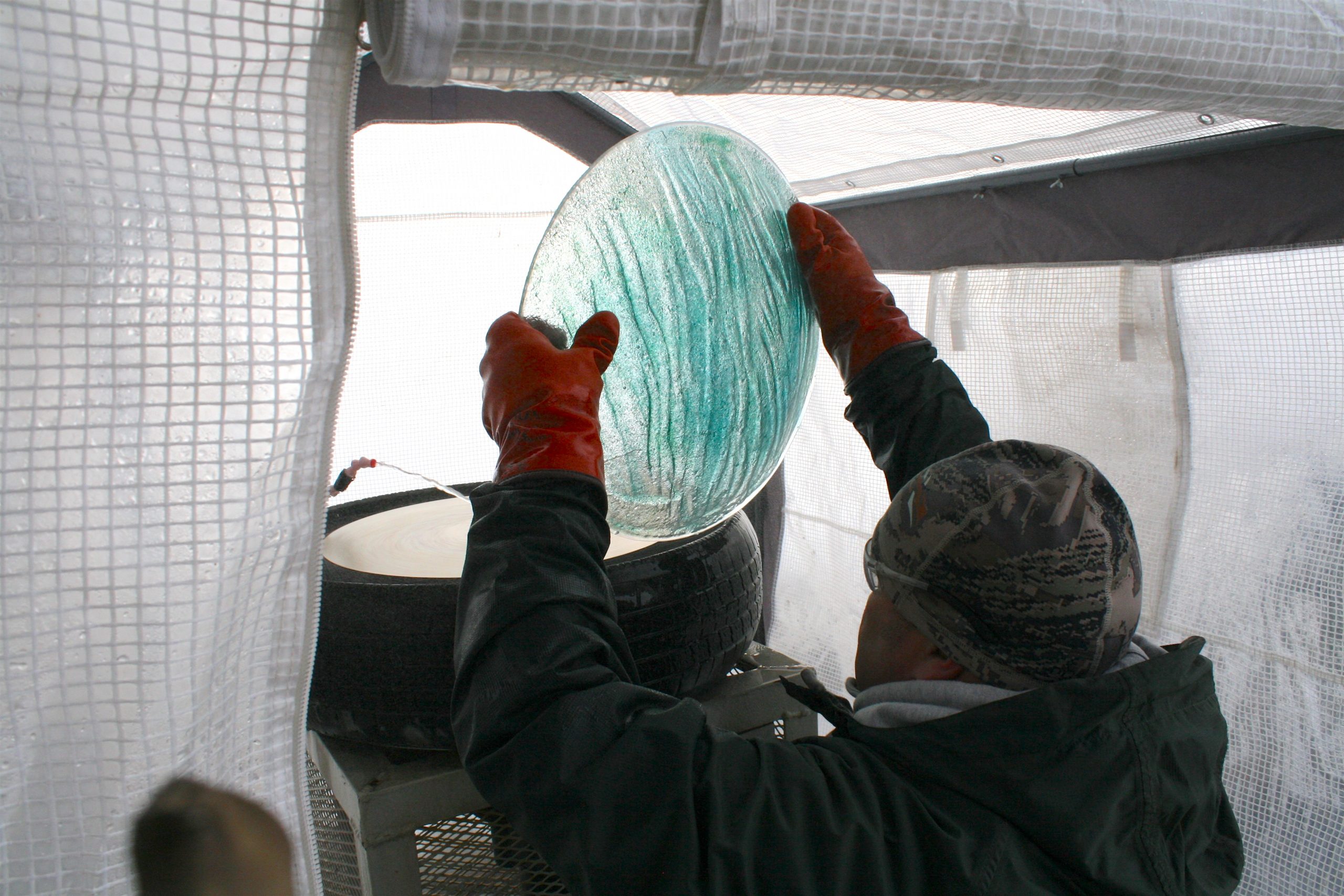 This suspended light sculpture was installed from a 30’ ceiling mounted to a metal plate bolted into the roof system. The forged and fabricated steel structure carries the hot cast moon glass elements, which house the LED lighting. The 1,500 lb. light hangs on 1” round tension rods. This commission, for a private residence on Finley Point on the shore of Flathead Lake in Montana, is sited very near the lake with stunning views to the north and west of the pristine lands and beautiful waters.
9’ x 15’ x 3’ cast glass & forged & fabricated steel.

I was asked to design an illuminated light sculpture that would suspend from the ceiling, relate to the architecture and curved roof members, and provide down lighting on the stairway below it. The great room was very large and open, so the scale of the light was a major factor, so as not to be dwarfed by the space. In my first meeting with the client we reviewed the various conceptual designs I had created. She was very decisive in choosing the “Moonlight” design it reminded her of a Calder sculpture and liked that it appeared as if it could be kinetic. It was decided later in the process that it not be able to move, due to strong winds possible through a series of french doors along the lake view.

Before beginning work on Moonlight we had been commissioned to create a series of large scale “Driveway Lights” floating off a curved stone wall descending down towards the water to the entry way. We also cast stone like glass lights that were built into the masonry columns along the lake side of the building.

Once the final design was agreed upon, a working drawing was made and a full scale wooden model was built here at Proctor Studios and taken to the project site to make sure that the scale was appropriate and the suspension system was planned. Working with the contractor, and building crew, electrician, and The Media Works designer, a plan was devised .

The metal components, cast glass, and all hanging members were accomplished here at Proctor Studios in Bigfork. As the project neared completion Brandon from Troy Jensen Electric
Worked closely with us to wire the moons and down lighting, and begin to plan how it would all come together for the install.

The project was installed by the contractors great crew, along with the Proctor Studios team. It was indeed a very challenging installation at an exceptional height.