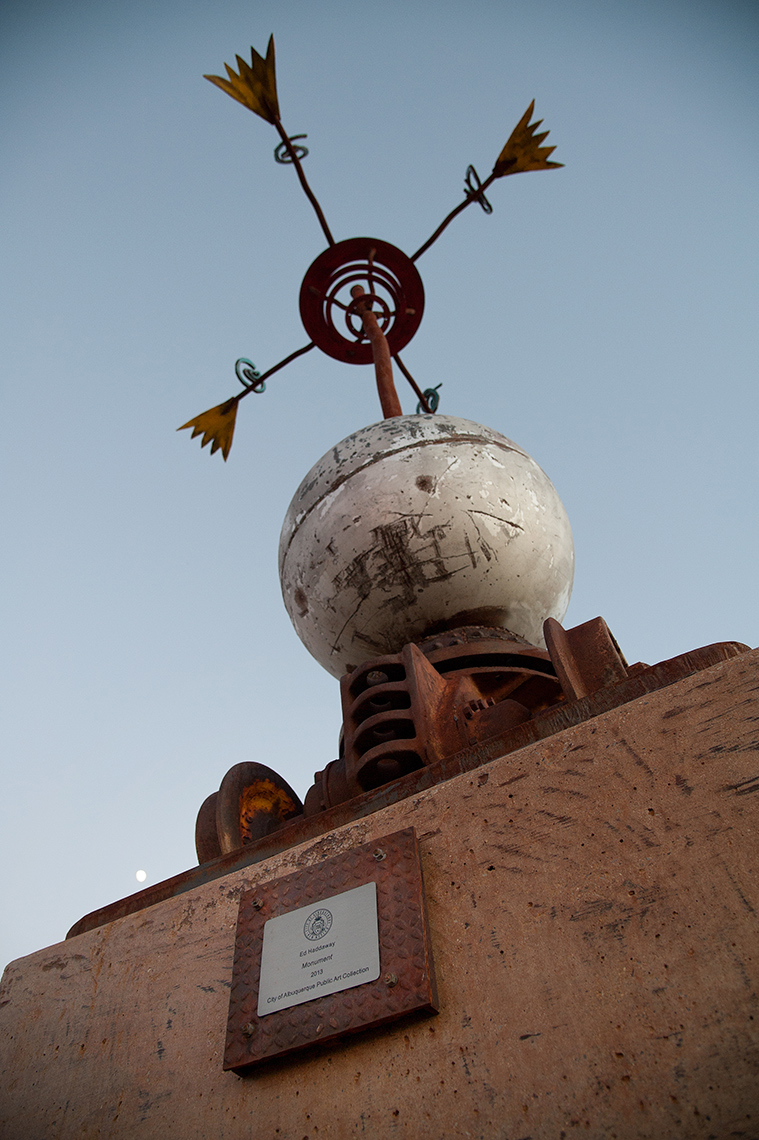 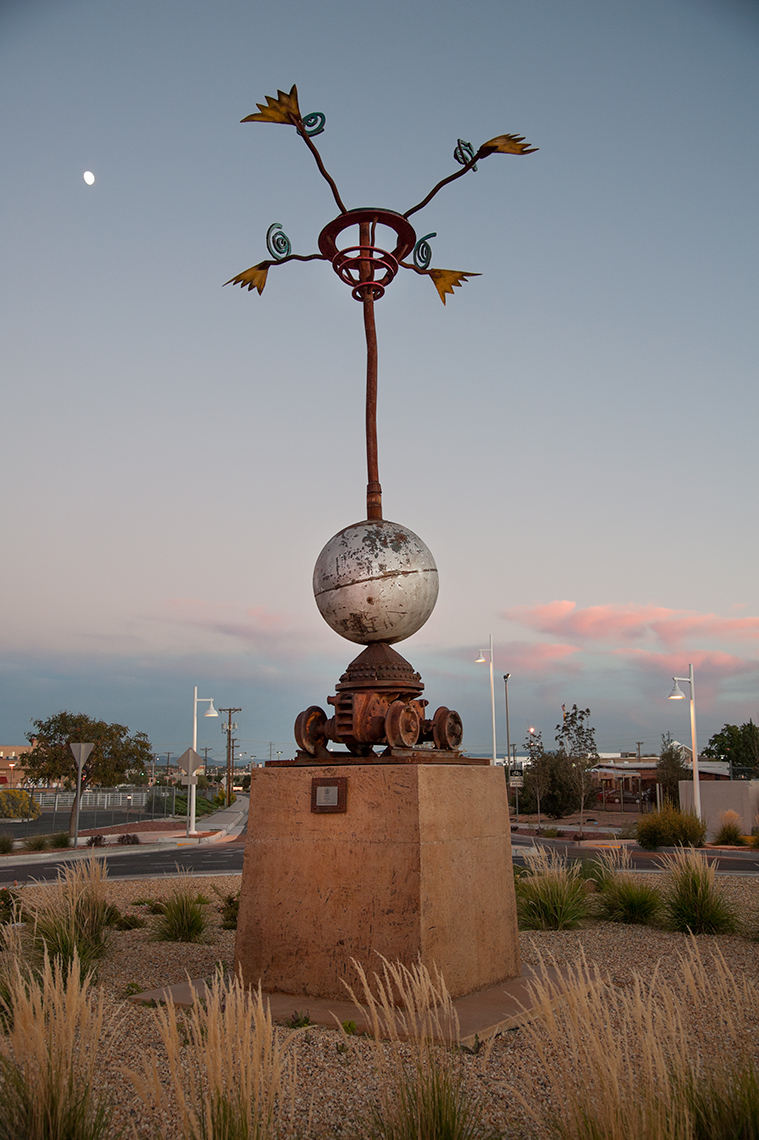 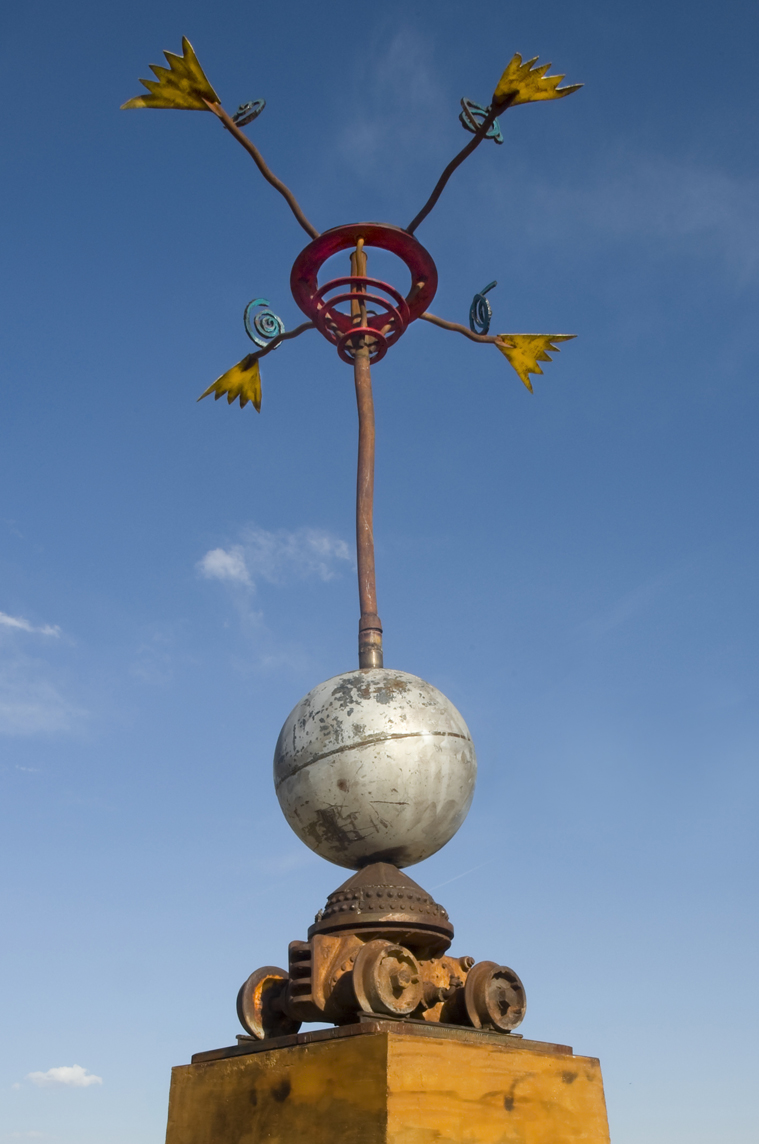 “Monument: was commissioned by the City of Albuquerque Public Art Program . This program is one of the first in the nation to utilize one percent of construction bonds for the purchase of art. Placed in a newly constructed roundabout “Monument” is constructed of steel and concrete and was completed in July of 2013. The sculpture is the focal point of the roundabout spatially and visually.

Designed during the early stages of the roundabout's conception, "Monument" was built with site lines and traffic patterns in mind. It is a vertical piece standing at 23' and covering an area approximately 9'x 9'. It is primarily a nod to the history of Albuquerque and to its founding as a railroad and transportation center. Albuquerque was and remains a centrally located half way mark between east and west.

The artist's research involved member of the neighborhood association , the Native American community , city planners, and traffic engineers. A structural engineer was consulted throughout its construction . The artist sees the final result as a contemporary relic which is both timeless and a throwback to the past.

This sculpture is located close to the grounds of a now inoperative and controversial "Indian School". Native Americans were consulted and their spiritual concept of "the Four Winds' was incorporated into the piece. Monument is therefore located on an east west axis which also reinforces the cites arterial transportation system.