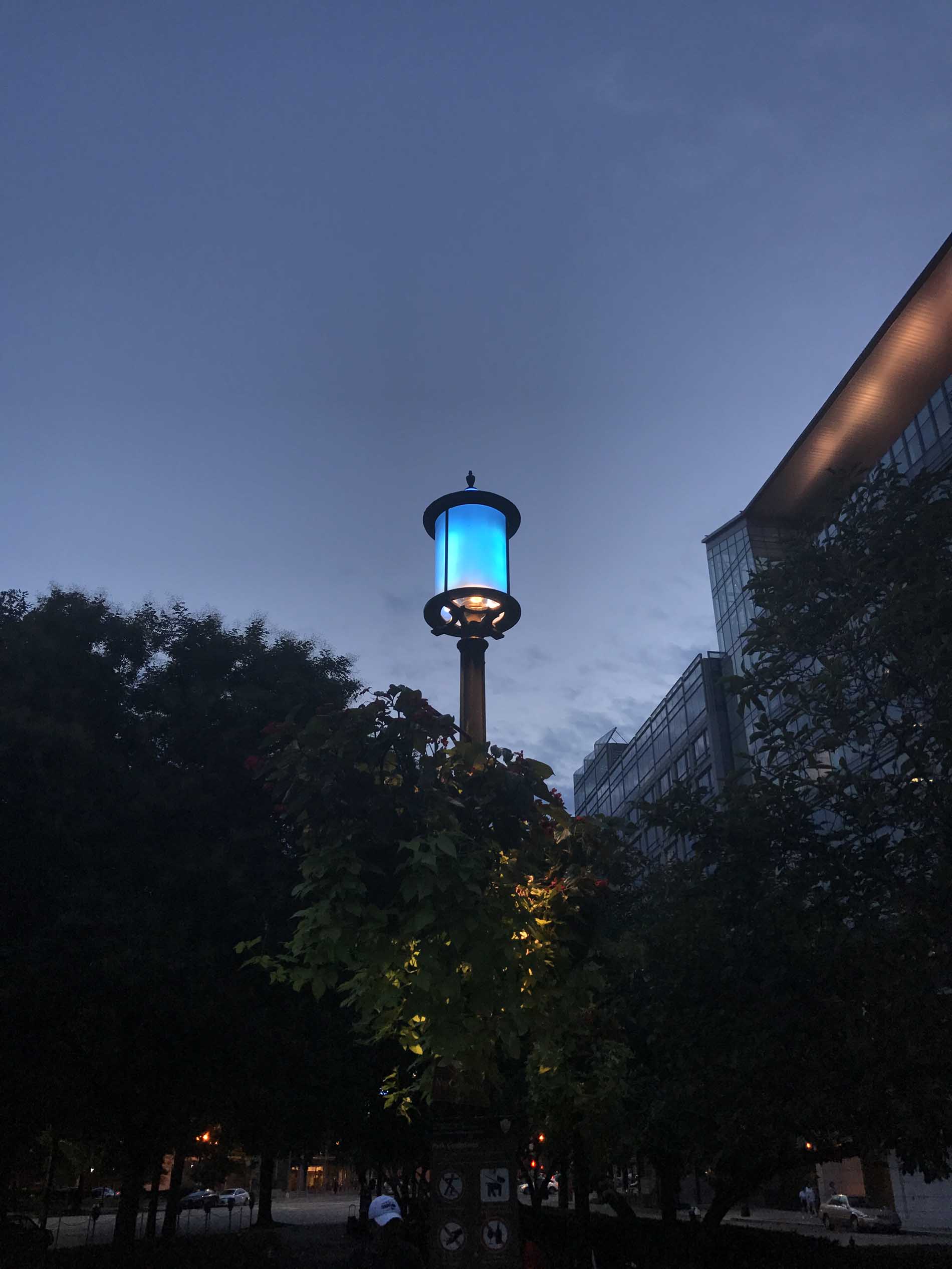 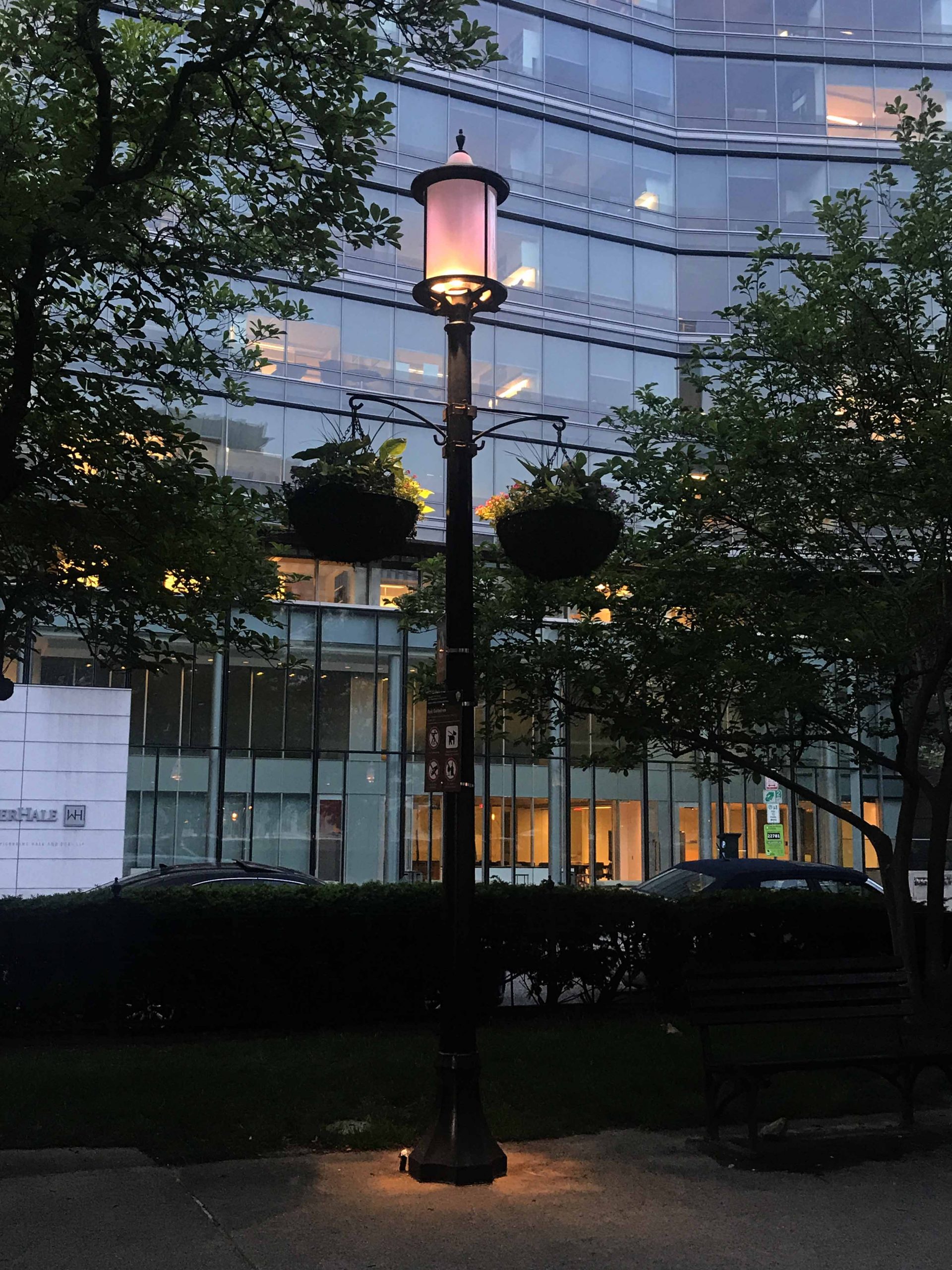 The Mikes is a project honoring the broadcasting career of Edward R. Murrow. The retrofitted Saratoga post tops produce a myriad of lighting hues and Murrow's broadcast during the bombardment of the city in WWII modulates its intensity. The creation of colored lighting is seamlessly integrated inside the shell of the lantern to become invisible by day. The post tops suggest the idea of microphones.

The Commission of Fine Arts, the Nation Capital Planning Commission, and the National Park Service demanded a seamless integration of the work within the context of the square and the lighting fixtures. No visible alterations would be accepted in a memorial park belonging to the Mall complex.

As the leading artist, I drew the guidelines and steered the design, manufacturing and installation process to be pursued in a direction that will lead to an optimal result. I took the right decisions at the moment when they determined a successful outcome.

This project was like riding on the shoulders of a giant, Edward R. Murrow.