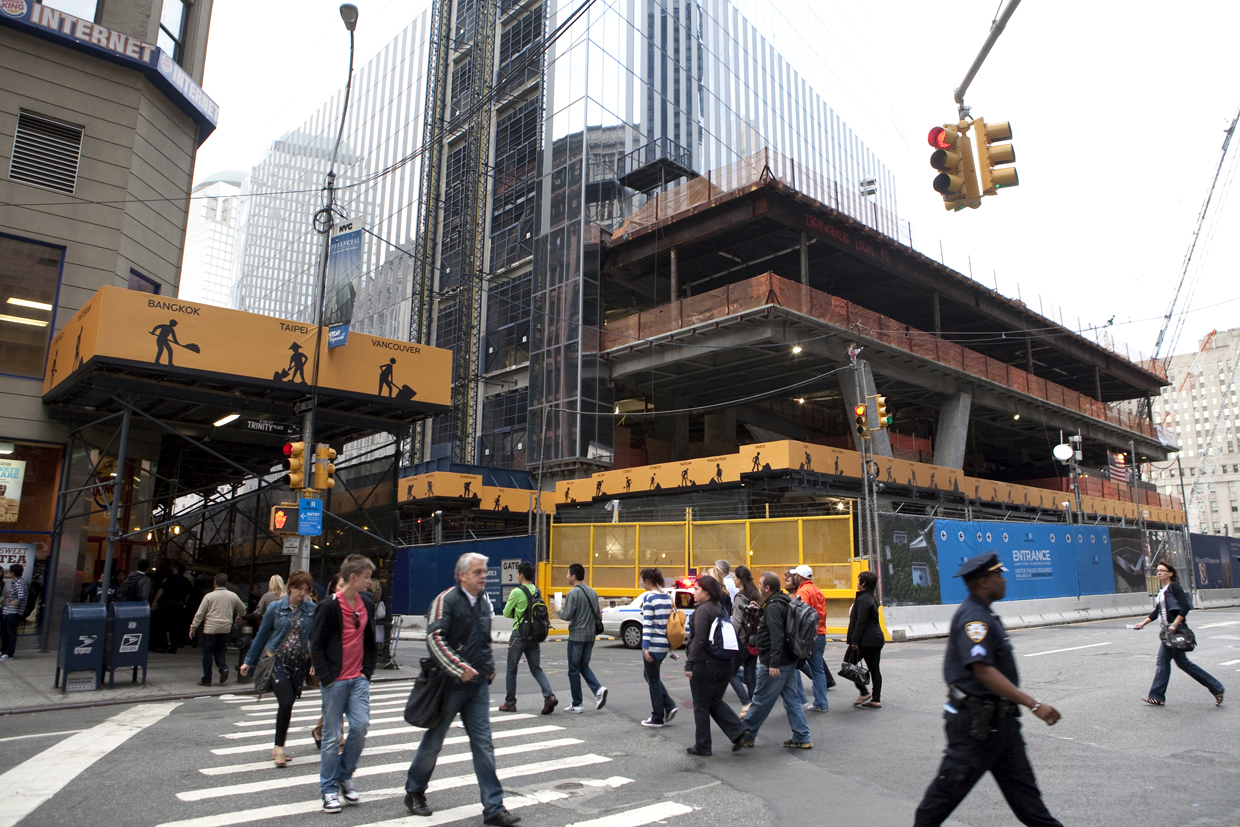 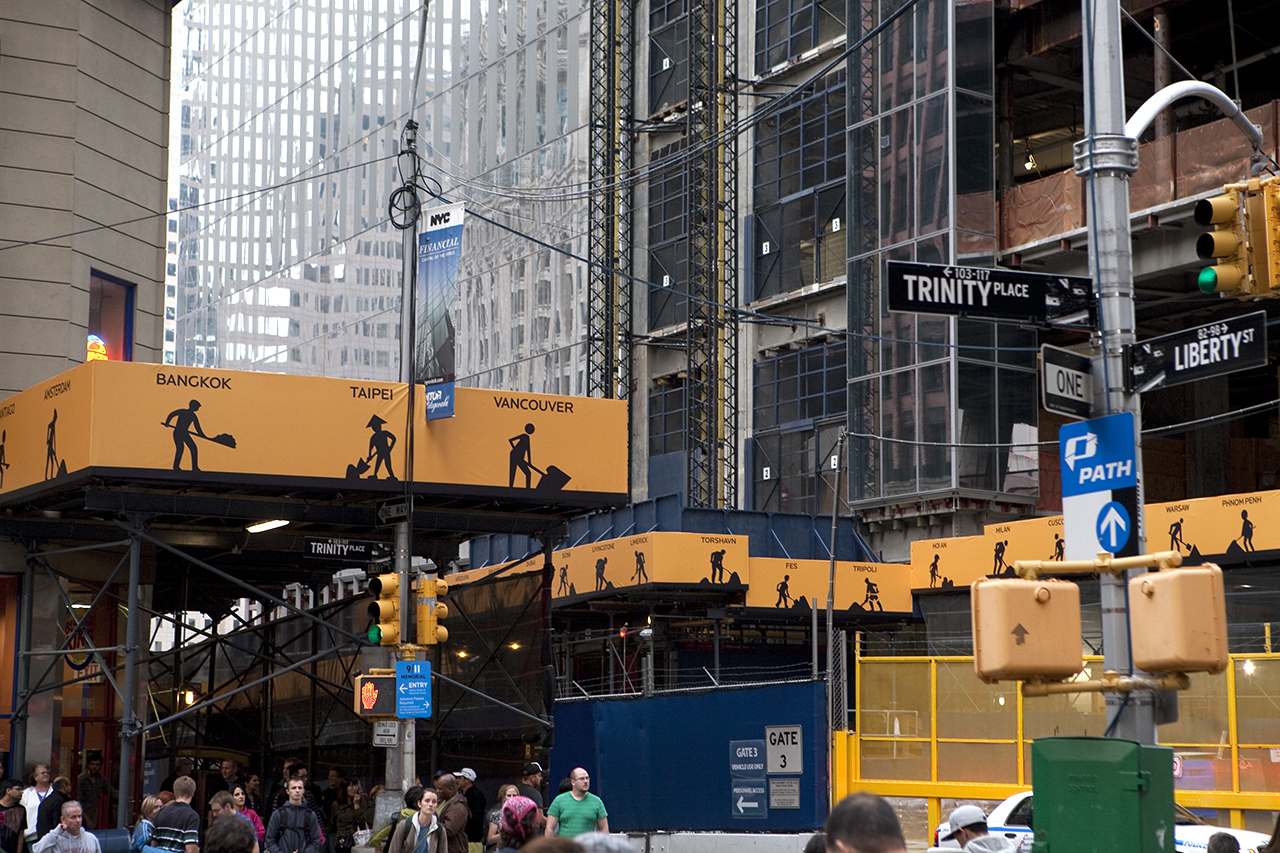 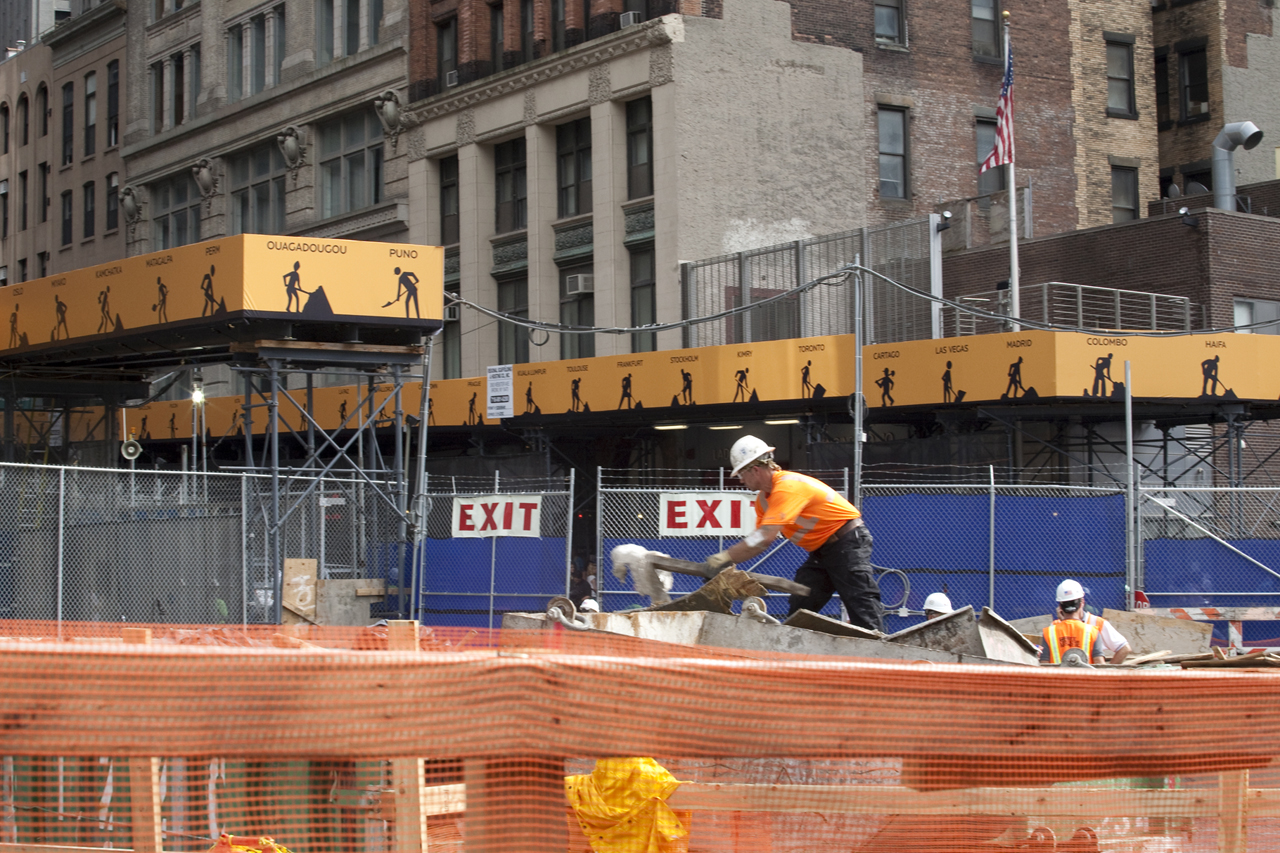 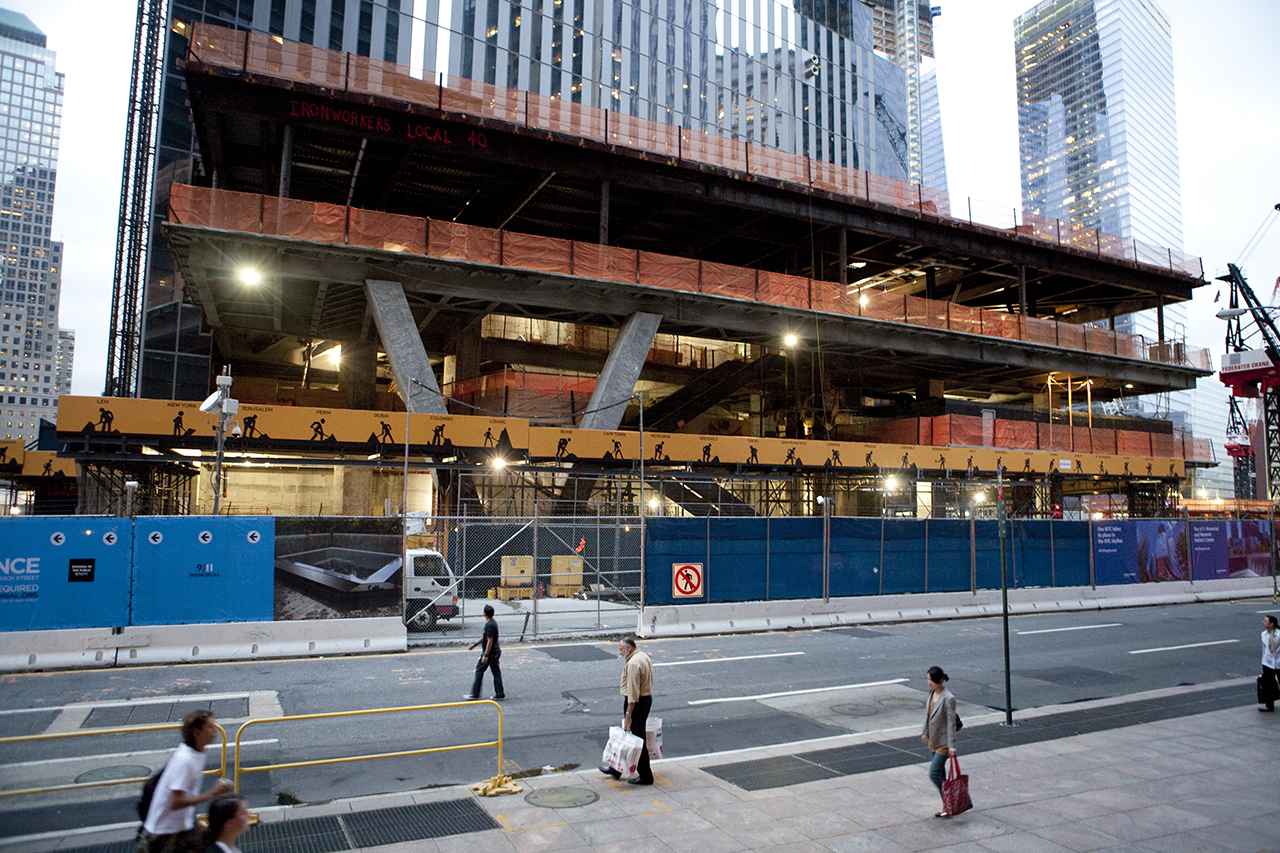 In its unique location, Men At Work has become a creative tribute to the men and women that have work diligently over the past decade to rebuild the World Trade Center.

The installation offers a new look into the cultural presence of “Working Men”; these signs typically prevent passersby from entering active construction sites, thus becoming symbols of an environment being transformed, and serve as a constant reminder of the never-ending process of urban renewal.

What started as a series of large ­scale public art interventions, has evolved into an important, rare visual document on its own right. This body of work not only provides us with the first and most cohesive look into the world of human circulation, but in leading a participatory experience through a collaborative process that is rooted in the nature of documentary photography, the work has unified people through a simple yet powerful act of art; The creative process involved in my work is an example for how an artist can gather hundreds of worldwide contributors by utilizing social media as a platform, and motivate people to take part in the creation of a collage that unites them all on one canvas. In doing so, it creates a collaborative process that diminishes all political agenda, and becomes a “graphic Esperanto”.

Men At Work is part of the Re:Construction Program by the Alliance for Downtown New York, in collaboration with Silverstein Properties, and was curated by Ayelet Danielle Aldouby and Elinor Milchan of Artea Projects. Men At Work NYC was selected for the Americans for the Arts Public Art Network 2013 Year in Review.