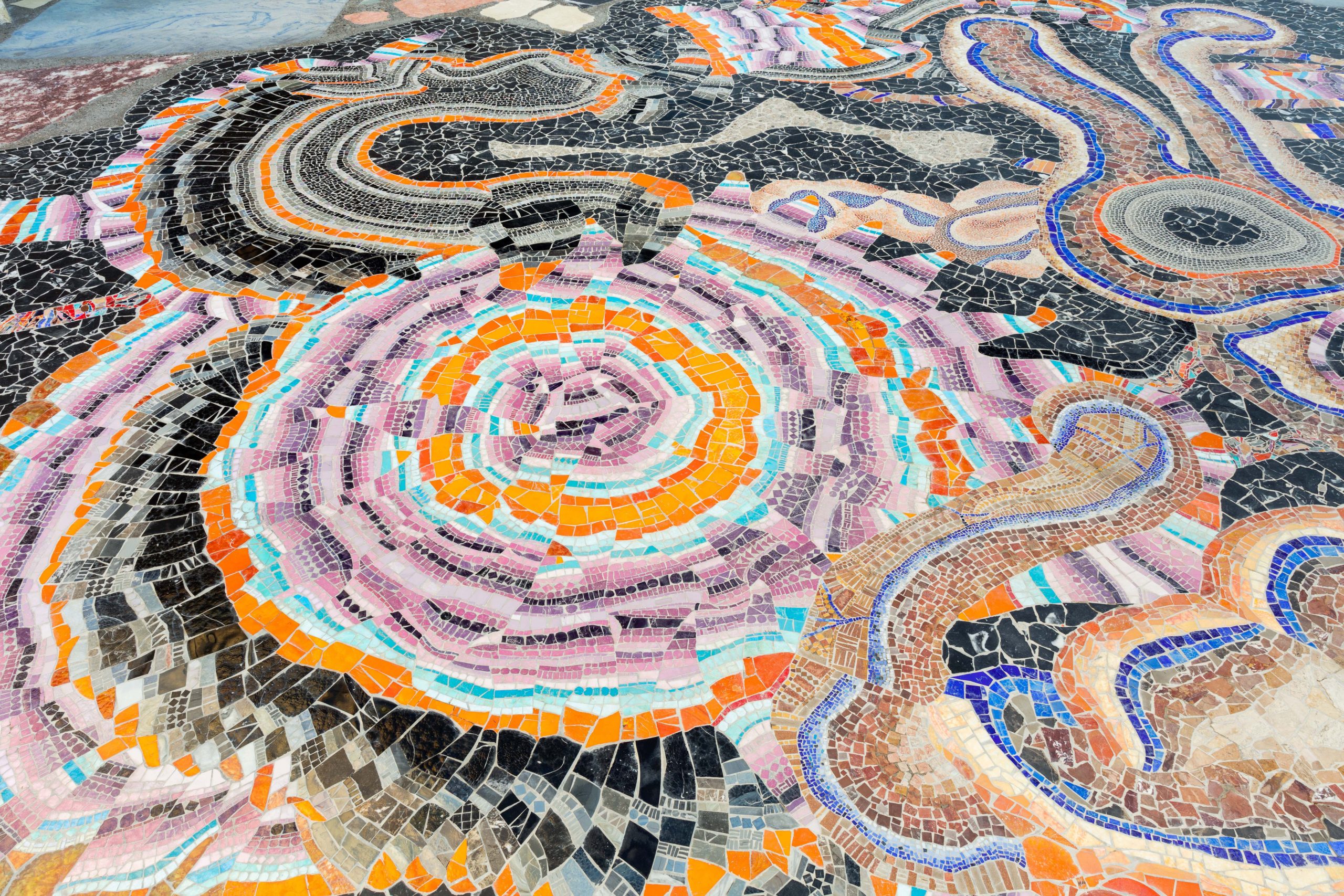 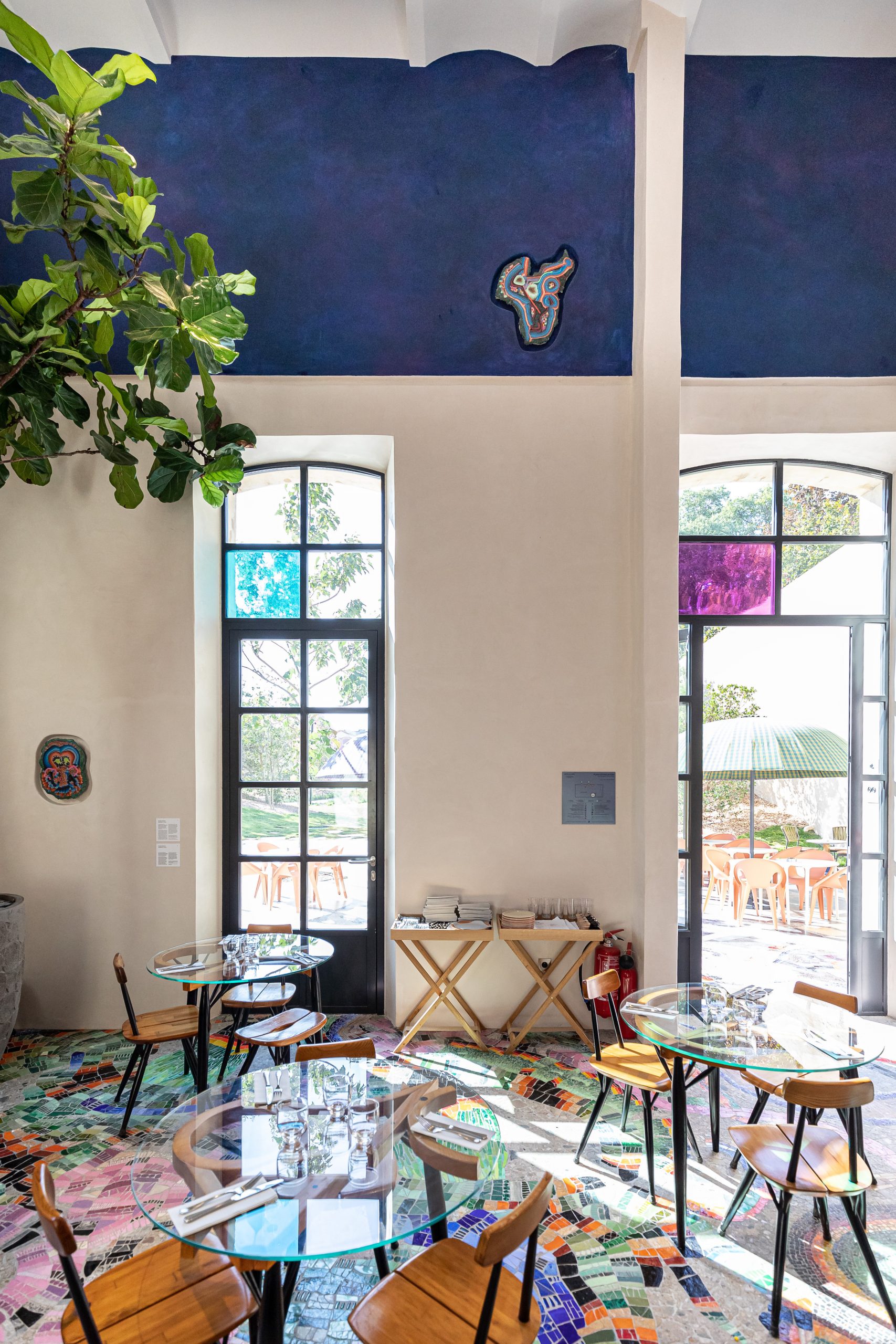 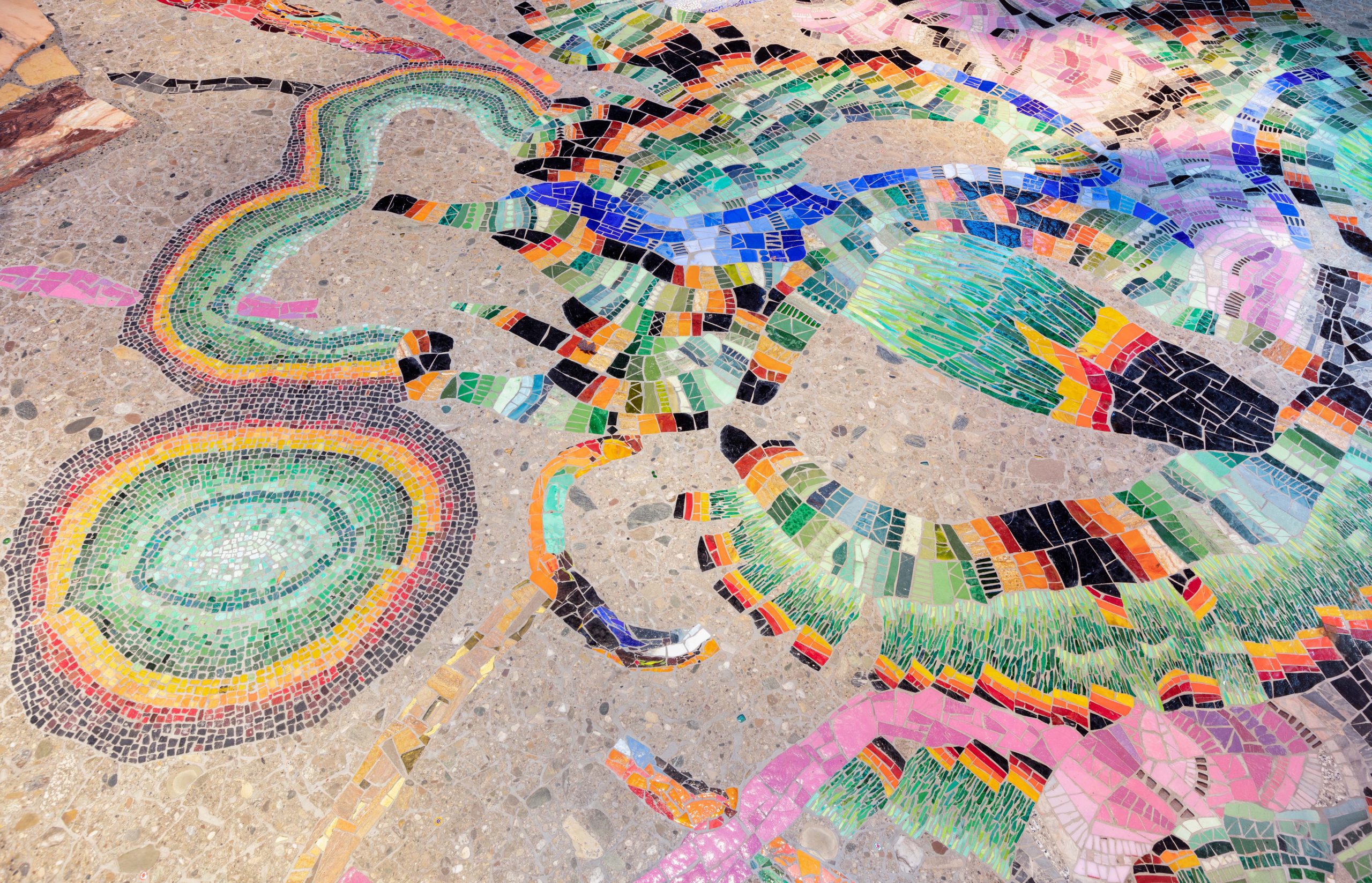 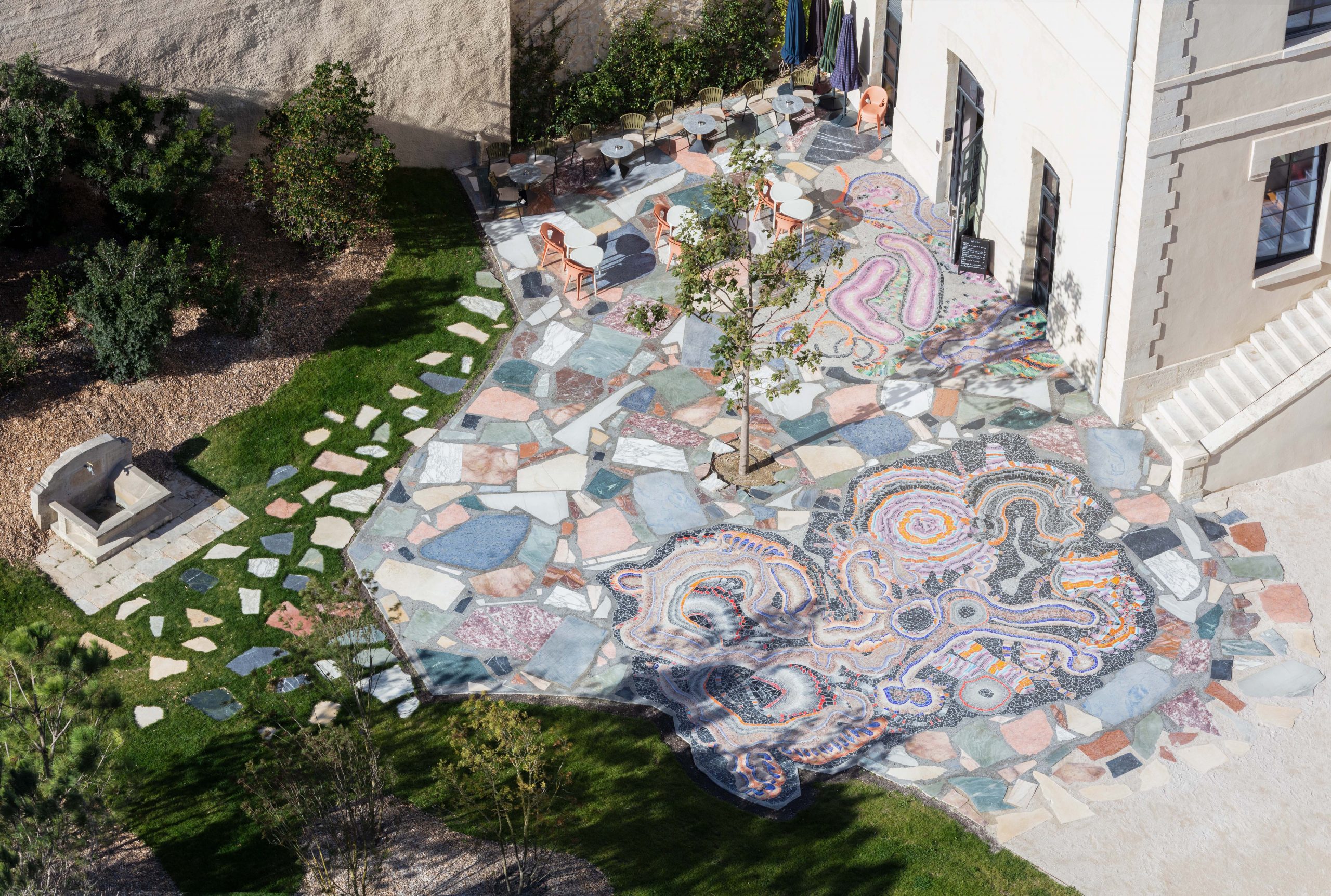 LUMA Arles is an environment where Architecture, Art, Nature and Design are investigated and celebrated through artistic exploration. It showcases exhibitions and installations which underscore an organic approach to art materials, working methods and the collaborative process. The artist Kerstin Brätsch was commissioned to create an immersive environment, which includes mosaic flooring, wall art, antique glass windows and artist designed furniture, for both the interior and exterior of the Café du Parc. The cafe is located in the Parc des Ateliers, a former industrial site for locomotive construction and repair, renovated in 2013 to host LUMA Arles art installations and events. The mosaics draw inspiration from the ancient Roman mosaics that can still be found in the city, a testament to the history of Arles as an important trading port for the Roman Empire.

Brätsch sought to merge the interior of the café to its outside surroundings. The focal point of the installation is two large scale mosaics, made in collaboration with Mayer of Munich studio. One of the mosaics spans the terrace of the café, while the other starts from the café interior and expands out onto the exterior. Indoors, the installation includes graphic wooden structures that are derived from Brätsch’s drawings with transparent glass tops which reveal the mosaic floor below. Outside, the mosaics are imagined like paintings facing the sky, designed to be traversed by the public. The mosaic installations are framed by stone-palladiana-terrazzo flooring. In addition, there are colorful antique glass windows also fabricated by Mayer of Munich studio and wall pieces made in collaboration with Walter Cipriani in Rome.

Mayer of Munich executed the extensive glass and stone mosaic floorings with rare material from their vast stocks. For the palladiana floors, material was sourced from the Mayer of Munich studio, in addition, local stone dealers in Arles were utilized. The materials used by Mayer of Munich are partly repurposed stones from former projects undertaken by the workshop spanning many decades. These include rare and antique materials and stones from dissolved quarries, which are impossible to find anymore.

Kerstin Brätsch was born in Hamburg and is based in New York and Berlin. Her installation "The Milk of Dreams," is now on view in the 59th Venice Biennale, which features mosaic work made in collaboration with Mayer of Munich studio. Brätsch is represented by Gladstone Gallery, located in New York City. In addition to her solo practice, Brätsch has worked extensively with Adele Röder [collaboratively known as DAS INSTITUT] and with Debo Eilers [collaboratively known as KAYA.] She had a mid-career survey at Museum Brandhorst in Munich. DAS INSTITUT was the subject of a solo exhibitions at Serpentine Galleries, London, in 2016, and at Kunsthalle Zürich, 2011, and was included in the 54th Venice Biennale also in 2011. As KAYA, she participated in the 2016 Whitney Biennial. In 2019 she was the first recipient of the Helen Frankenthaler Award for Painting in 2019. First photo credit: Kerstin Brätsch