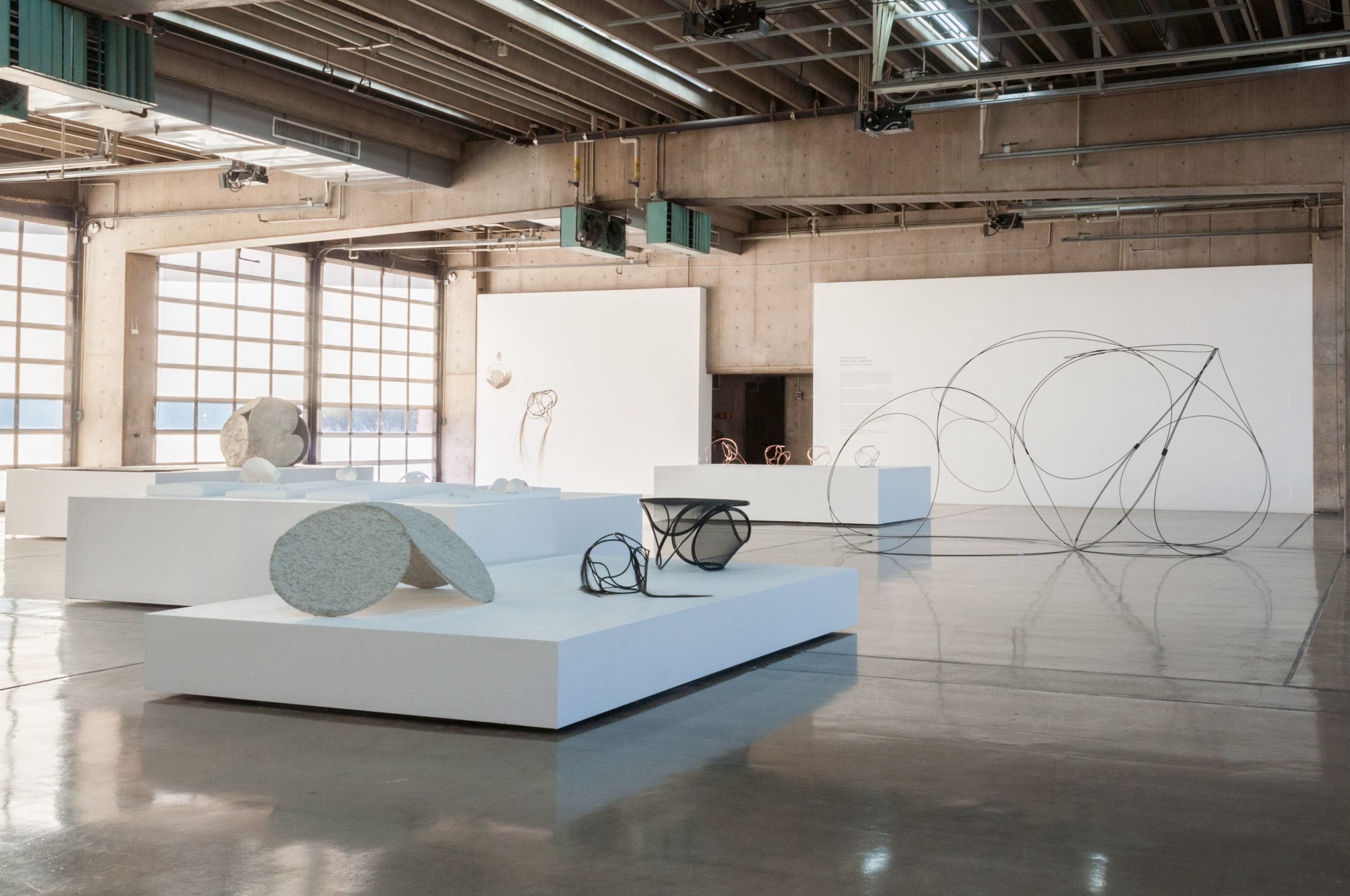 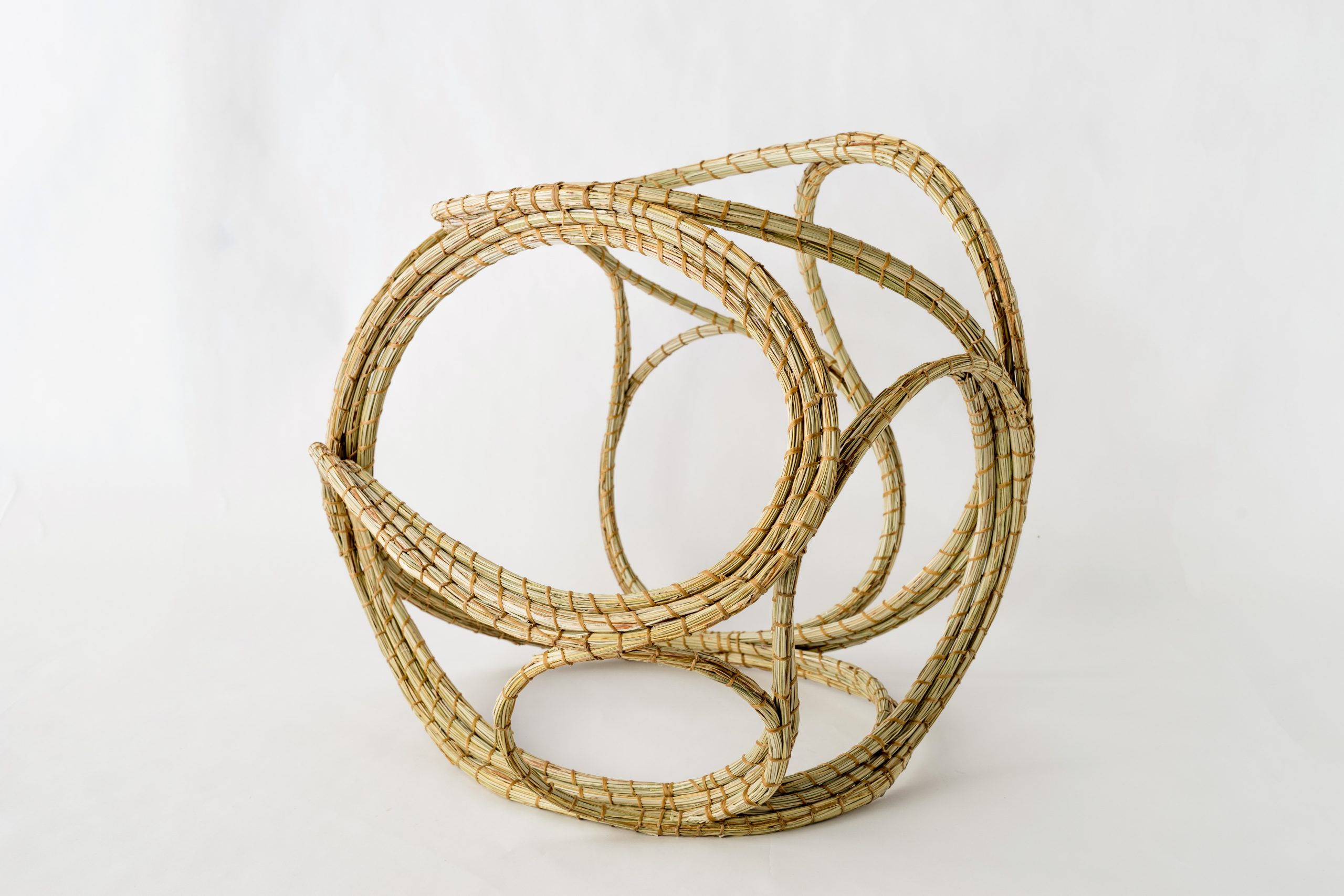 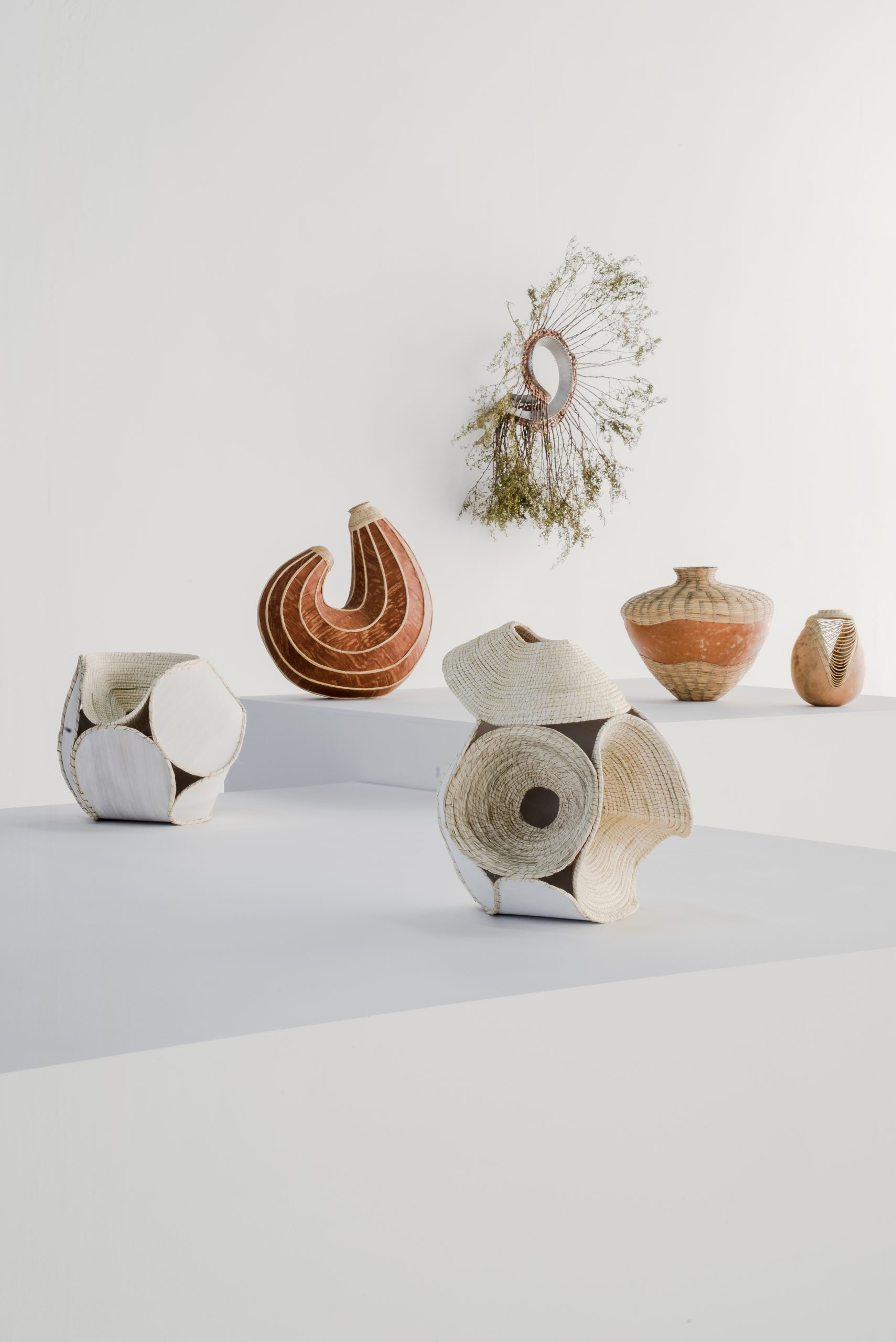 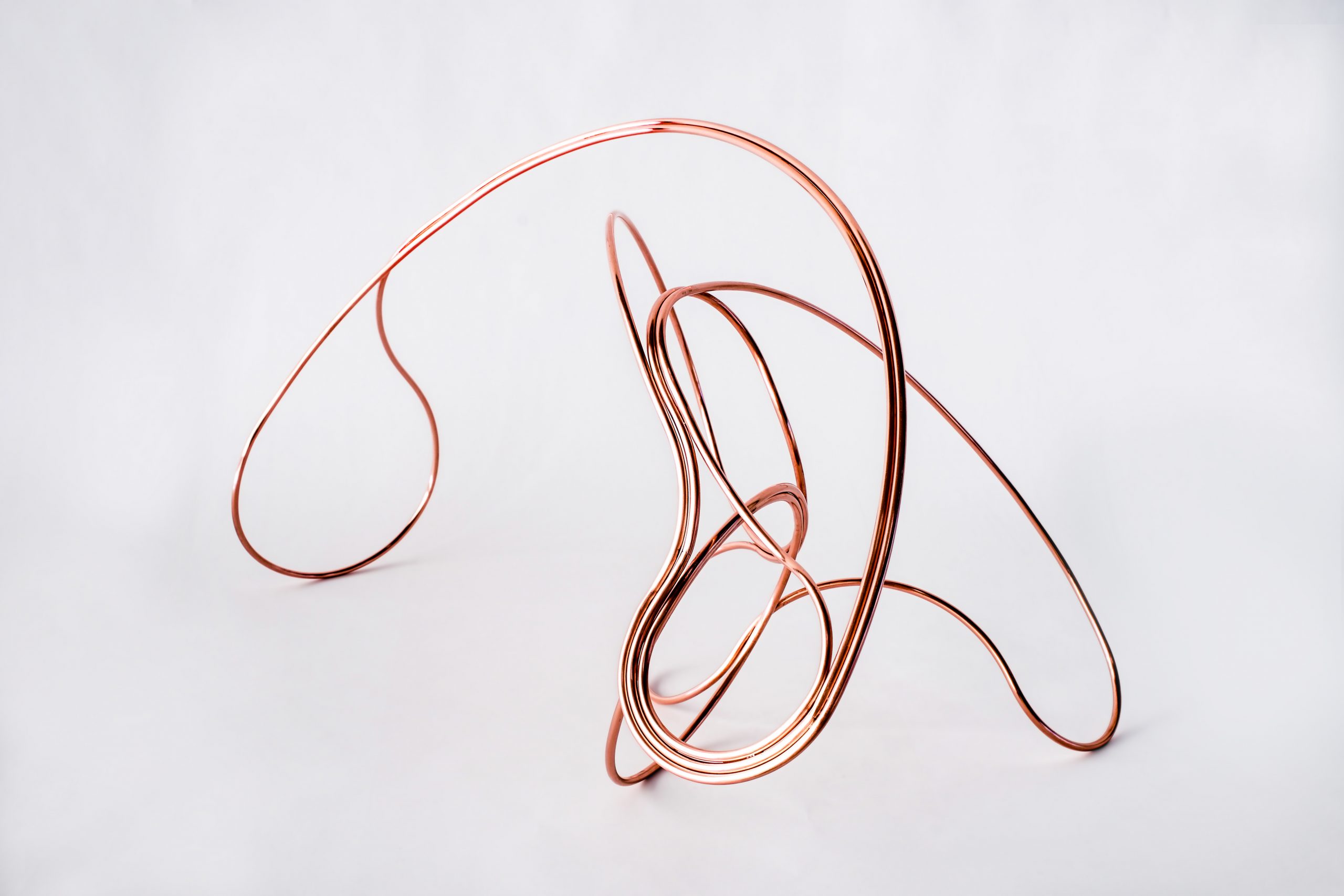 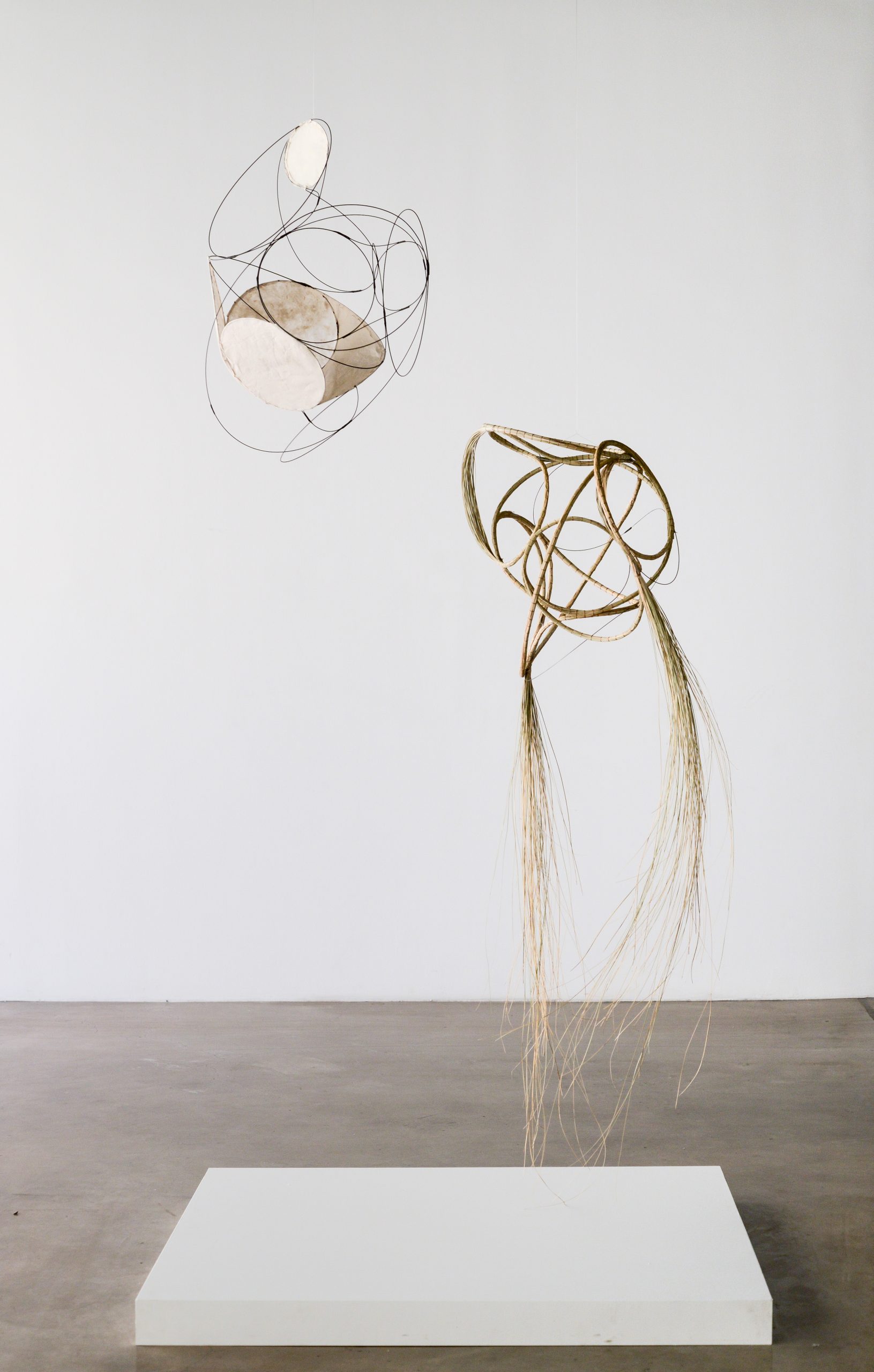 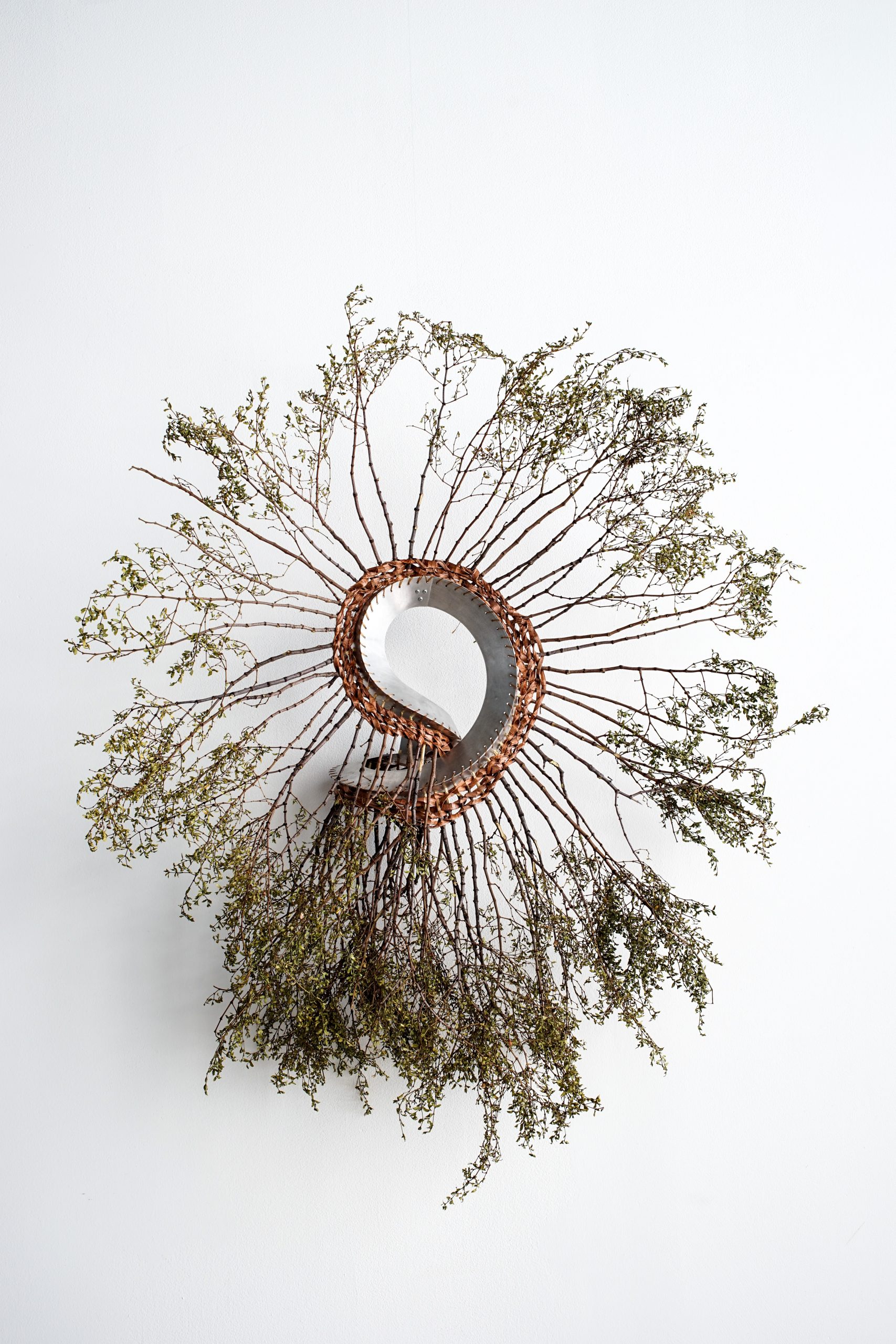 Meeting the Clouds Halfway at the Museum of Contemporary Art Tucson presents this new series of objects, which use materials and rituals born from the Sonoran Desert, a region rich in both ancestral wisdom and visionary thinking. In collaboration with the Native-American Basket weaver Terrol Dew Johnson. The project explores algorithmic design as a continuum stretching from the latest computer-aided techniques in design and architecture back through the creative traditions of the world’s oldest material practice: weaving and basketry.

What began as a conversation about the similarities between traditional Native American craft and cutting-edge design became a decade-long exchange that reimagines an ancient material practice within the needs of a contemporary world. The result of this dialogue is a range of constructions, from baskets to architecture, which suggests cross-cultural sharing as a means of reckoning, manifesting a shared truth that inspires reflection and action.

For many generations, the Tohono O’odham have coiled baskets out of desert fibers not only for domestic use but also as a ceremonial meditation that unites art with life. The act of coiling creates form through an intuitive geometric system and iterative movements, building on a set of principles that can be manipulated to create new compositions.

With ArandaLasch, Johnson’s inventive baskets have adopted a computational approach, where pattern and repetition create variations in structure and scale. The first series of baskets with Johnson was shown in 2007 at Artists Space in New York, which led to the Museum of Modern Art in New York acquiring several works from the exhibition for their permanent collection.

Meeting the Clouds Halfway evolves Johnson and ArandaLasch’s new series of collaborative coil baskets into furniture, and prototypical structures like a desert shelter, seed bank, Olas Kki Dome and band shell. Together they produce a landscape of desert expressions shaped by bear grass, wood, copper, minerals and Ferrock, a new green building material created by transforming industrial waste into a high-performance ceramic. Through these juxtapositions of materials, strategies and histories, it becomes apparent that Johnson and ArandaLasch use the process of making as a means of understanding each other. Every fiber, each weft of their baskets embodies a discussion about living in the desert and the pursuit of finding a common ground.