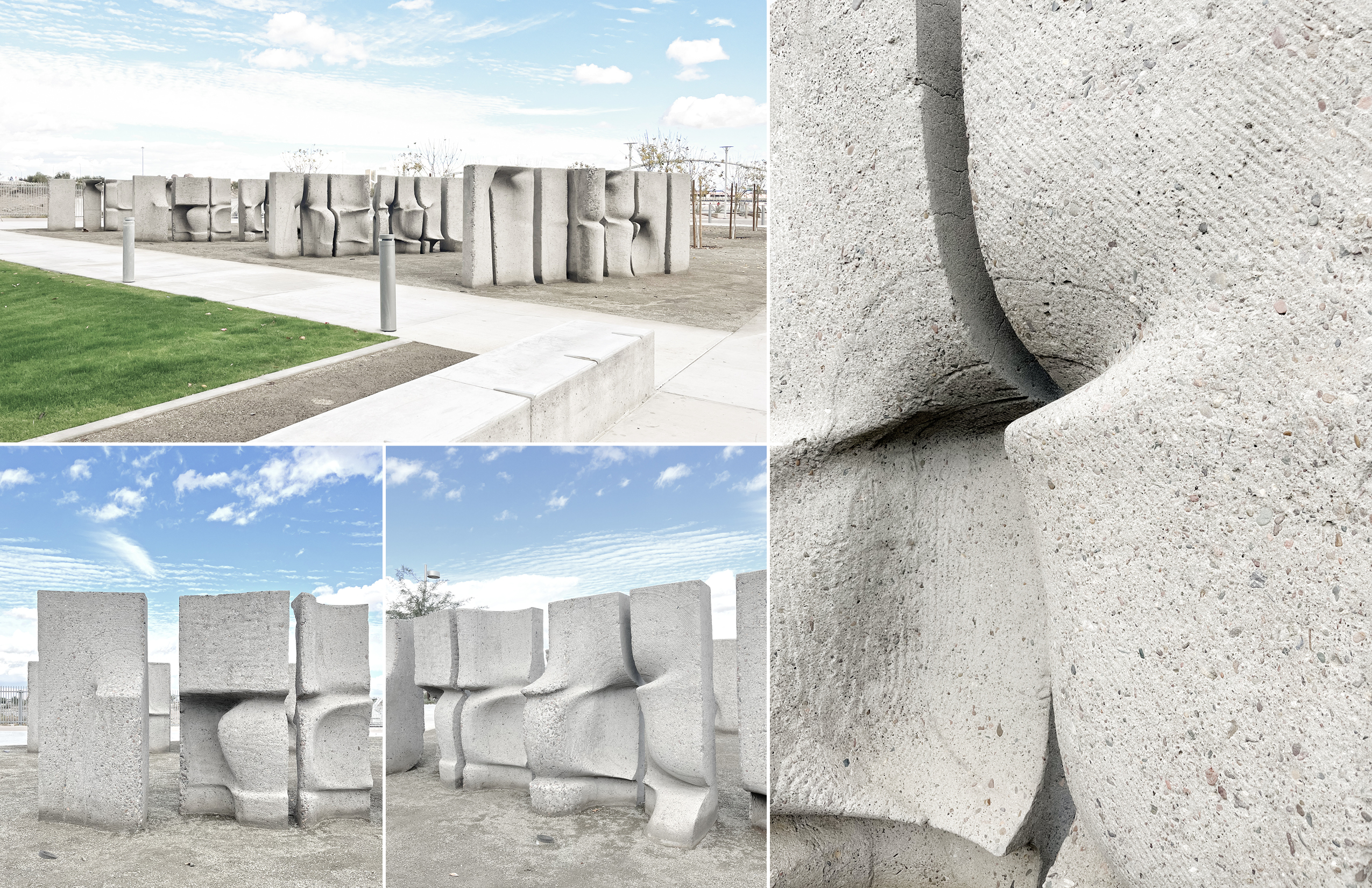 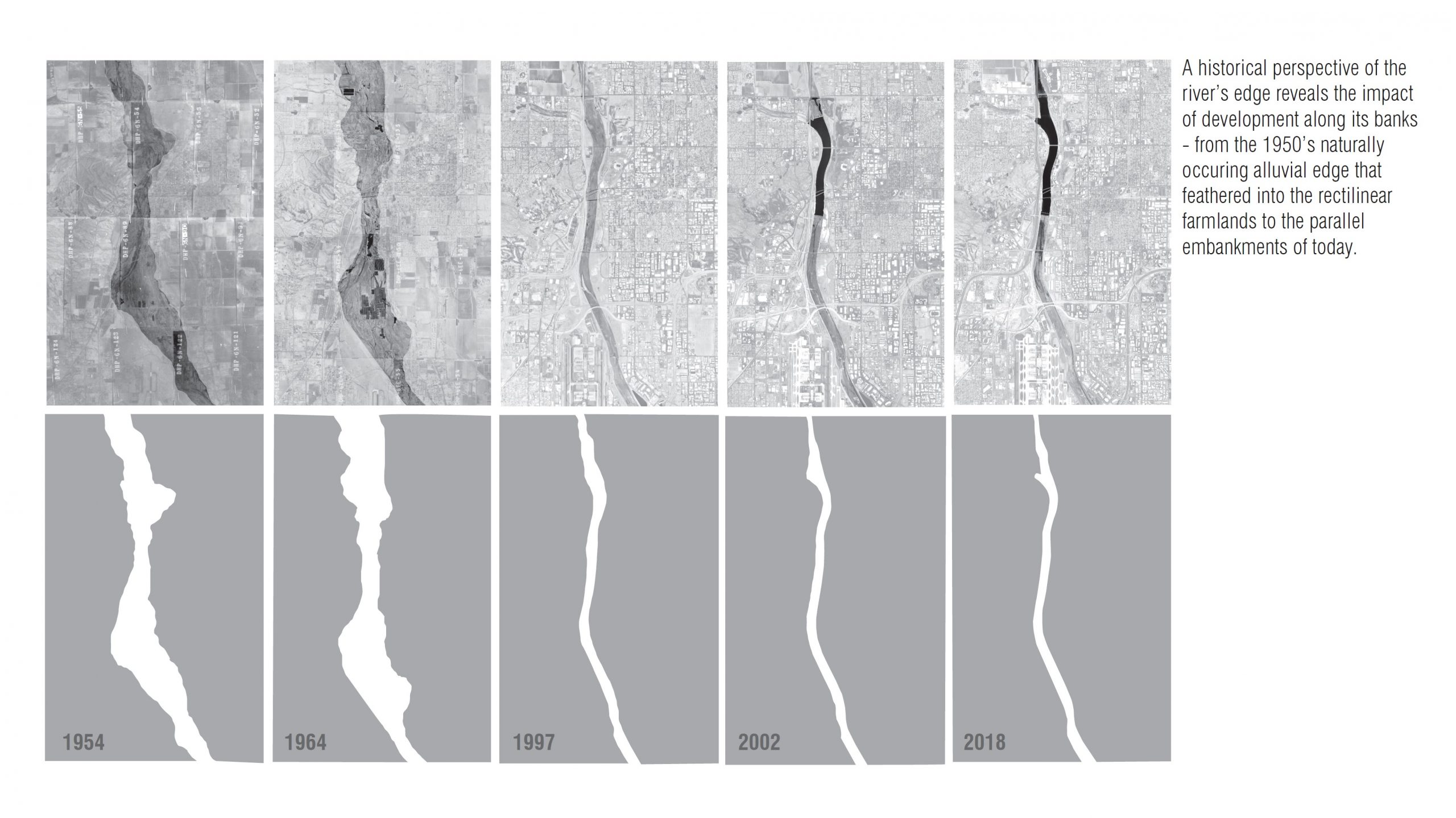 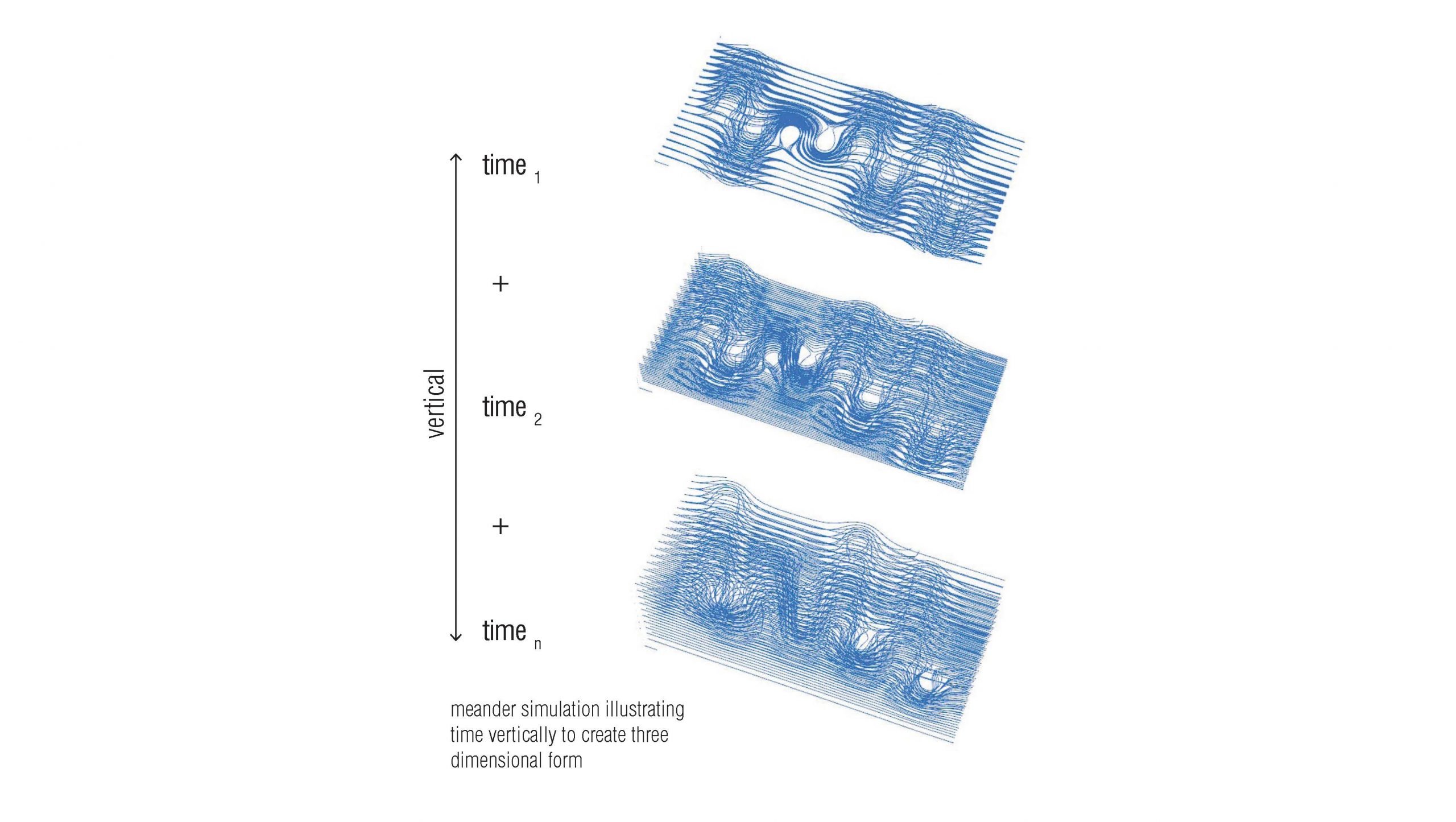 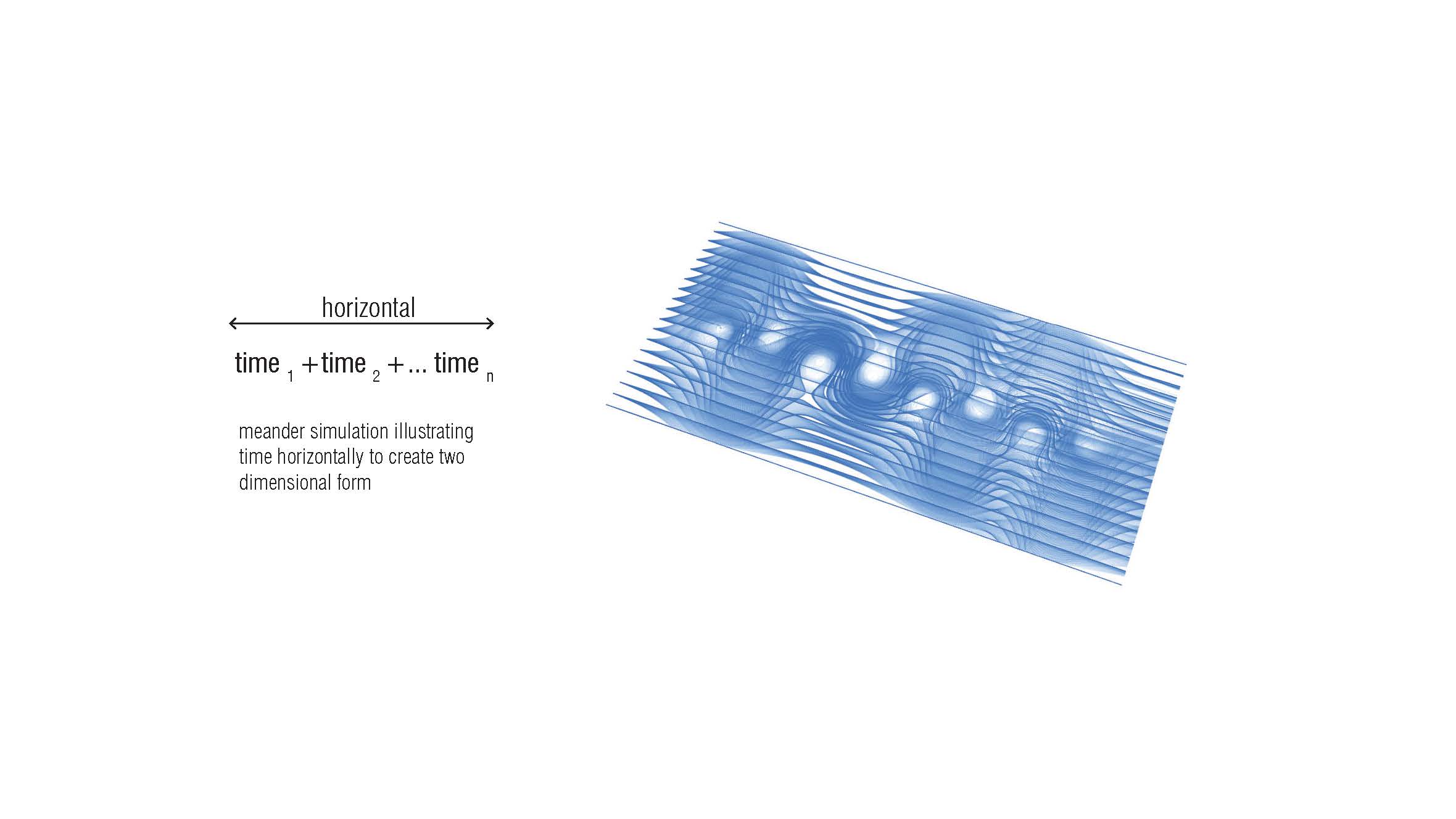 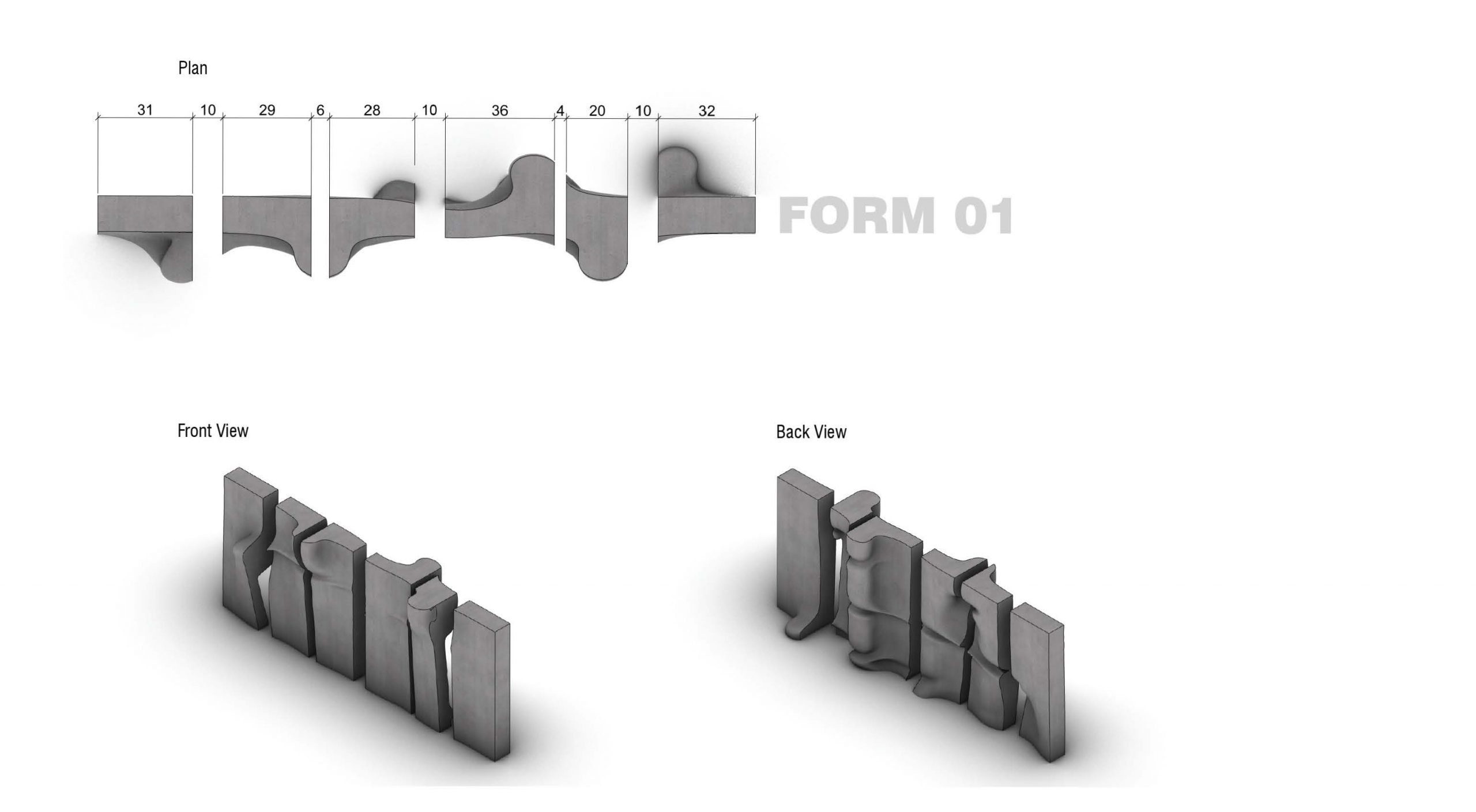 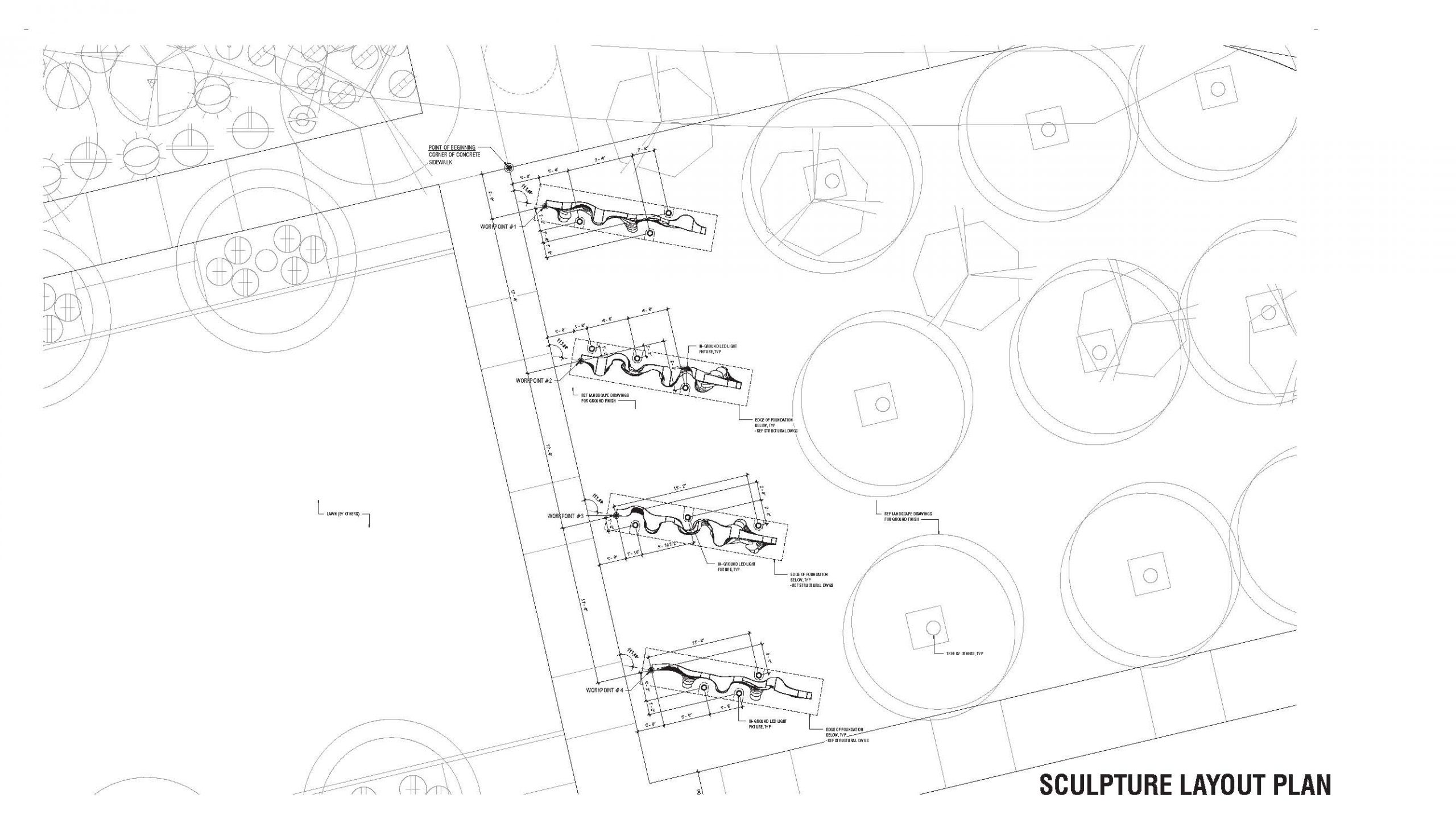 Throughout the world, rivers are shaped by the generations of people who inhabit their banks, as well as the dynamics of water acting over time on the composition of the surrounding geology, topology, and ecology. Meander explores the movement of rivers described by the combination of time and the geological writing carved through the terrain by the ever-changing flow of water that erodes the river’s edge. Like a fingerprint, all rivers are unique and yet all exhibit similar movement patterns and change, registering an evolving environmental narrative.

This public artwork is situated at the southern edge of the Salt River and adjacent to the Granite Reef Diversion Dam, which reroutes water into canal systems that allow cities to thrive in the arid Sonoran Desert. The impact of the dam on the river’s form is evident in its dry riverbed and the commercial development along its shoreline. Using a simulation of historical maps of the Salt River, the artwork’s sculptural form encapsulates the river’s meandering evolutions from 1954 to 2018.

Meander is part of the IDEA Tempe Campus and funded by The Boyer Company as part of the City of Tempe’s Art in Private Development Program.

The goal for integrating the commissioned artwork into the IDEA Tempe Campus was led by the City of Tempe's Art in Private Development Program to initiate a contemplative connection between private, public, and natural environments. Meander is located in a plaza situated between the IDEA Campus, the Tempe Center for the Arts, and the Tempe Beach Park on the Salt River in Arizona.