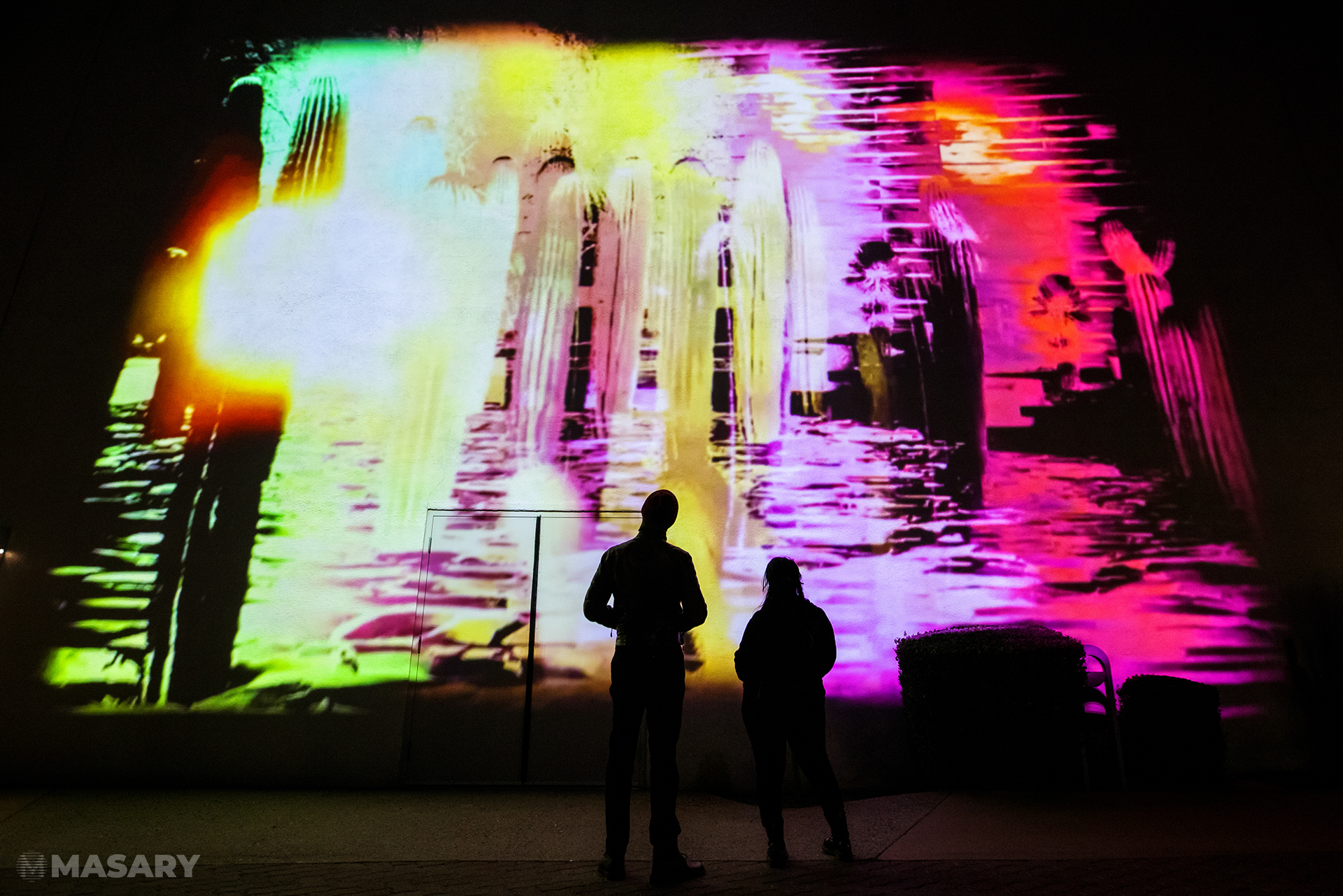 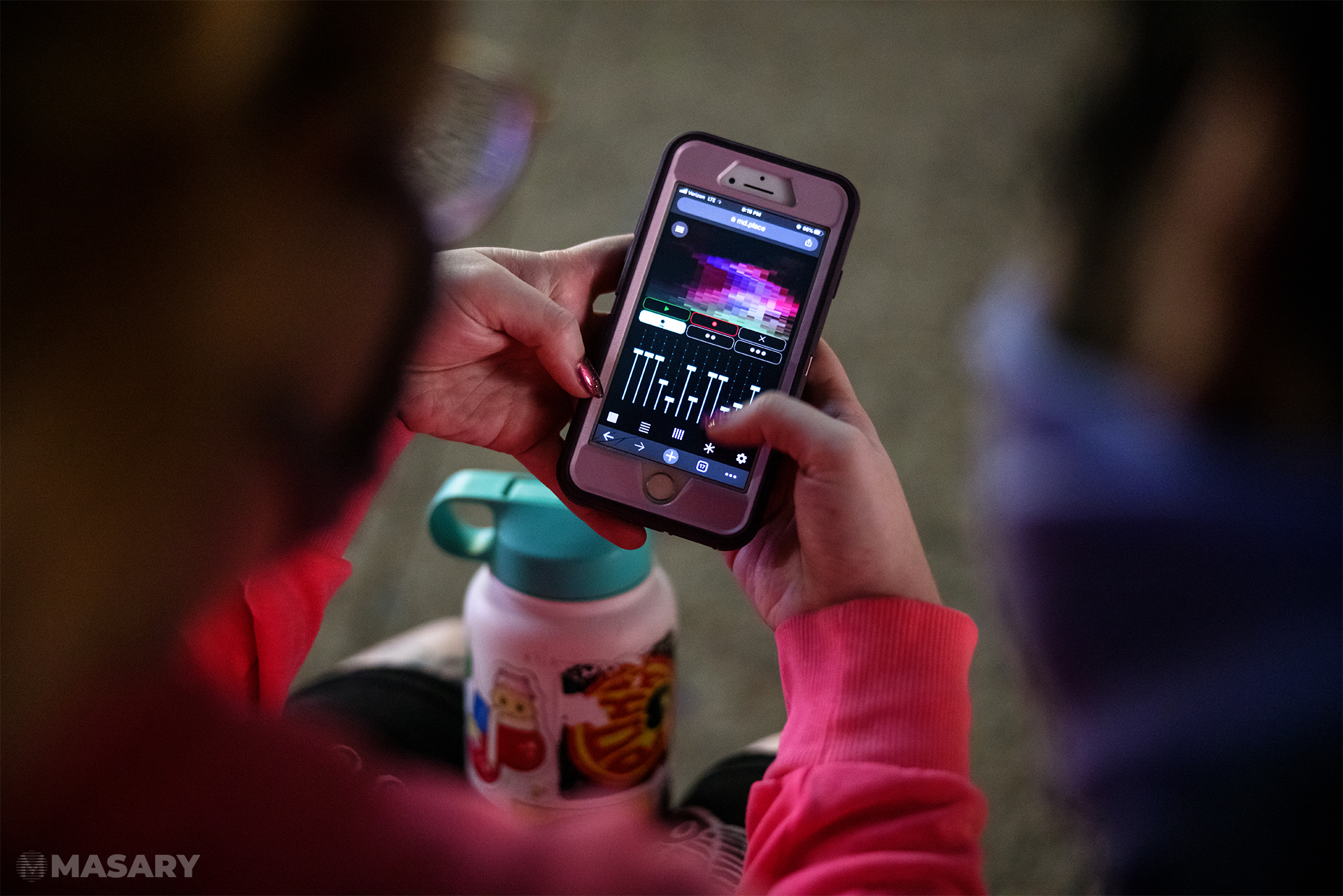 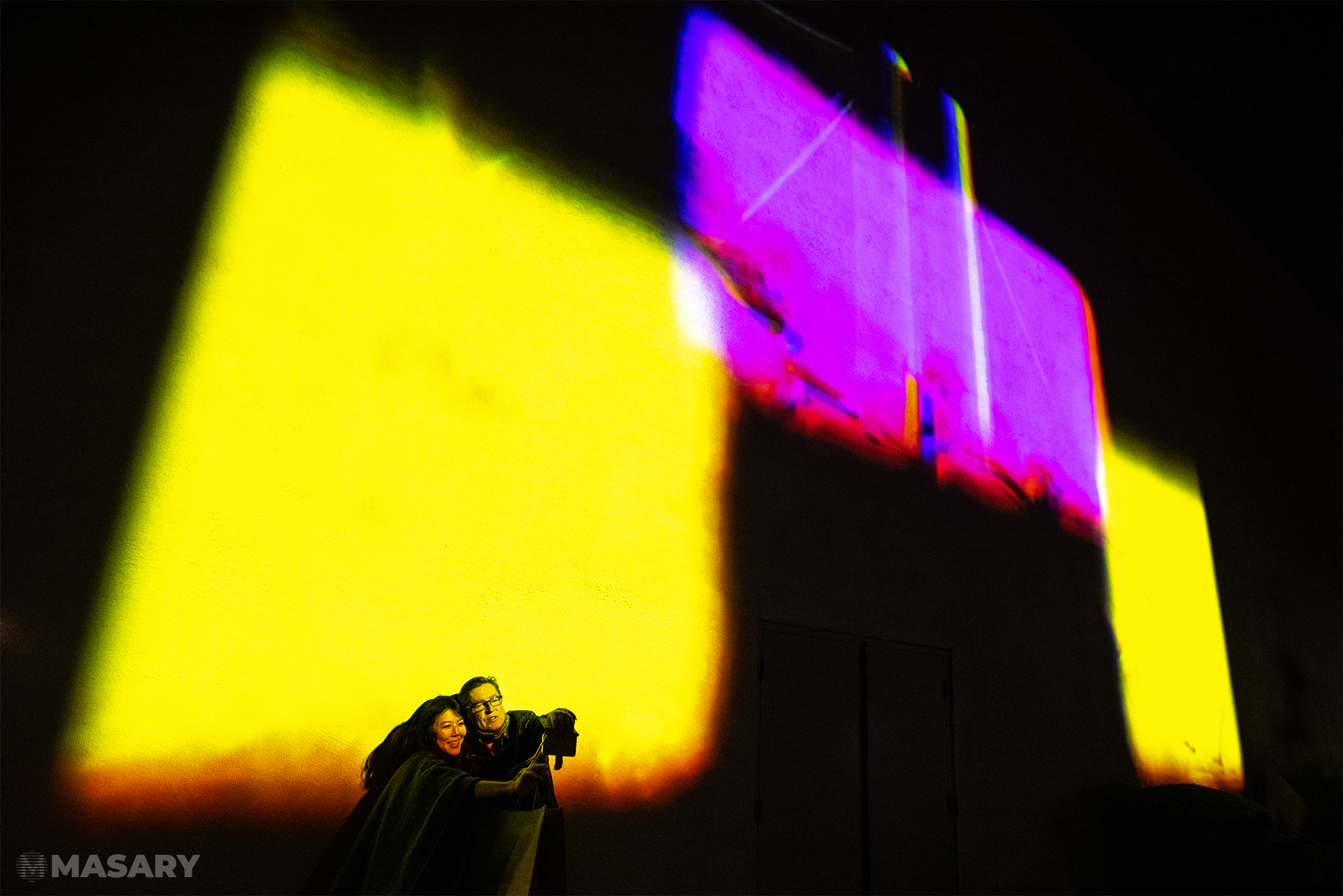 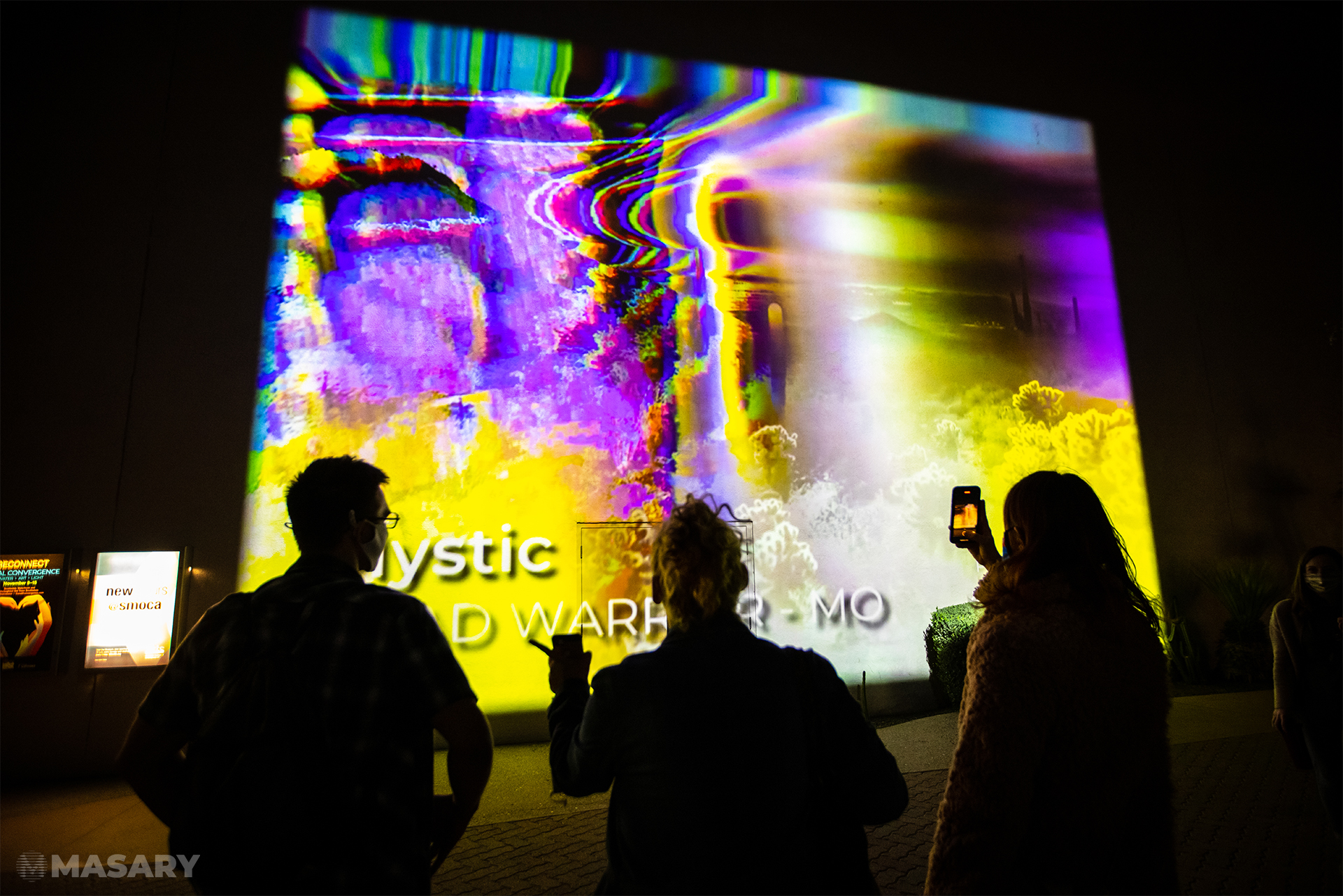 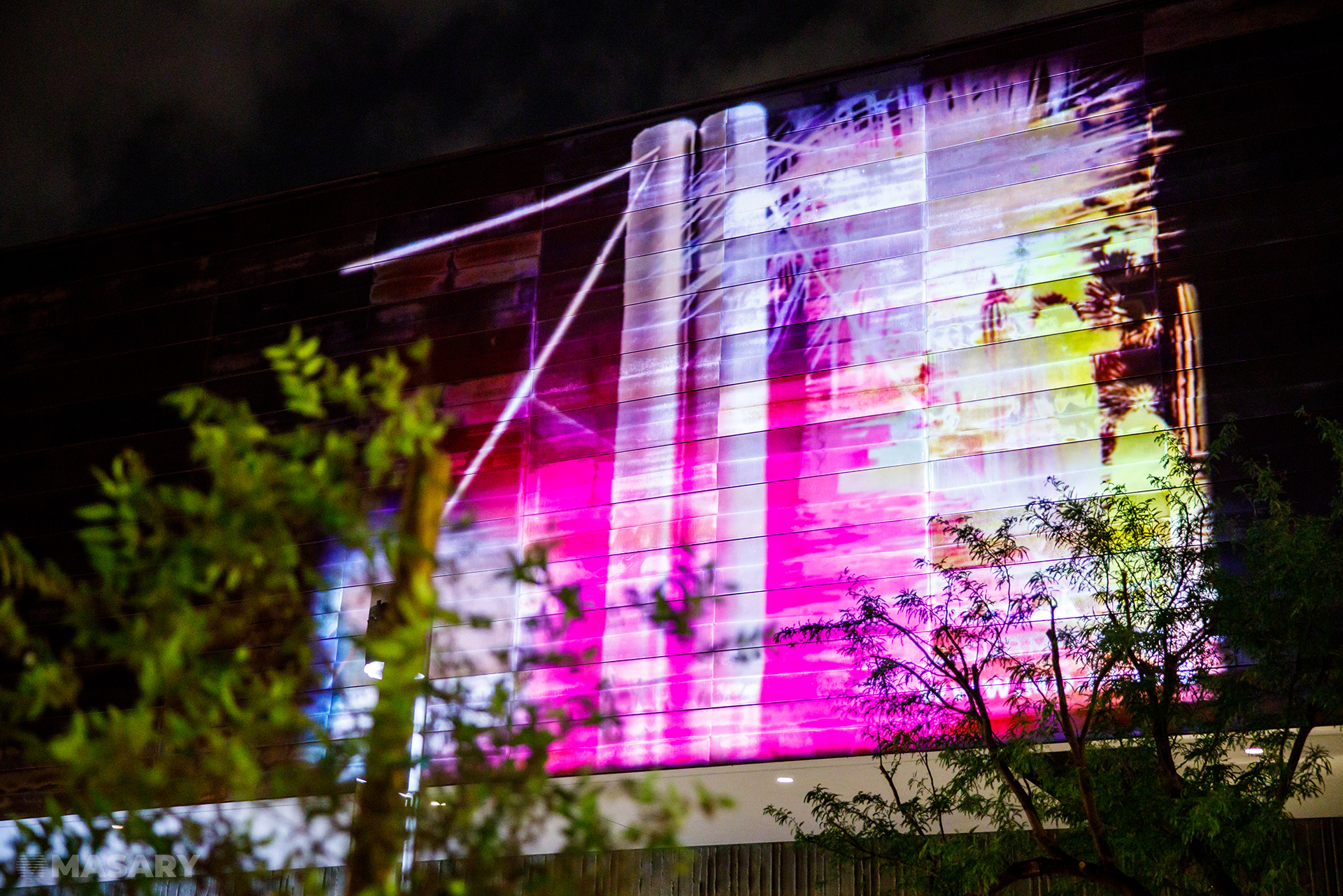 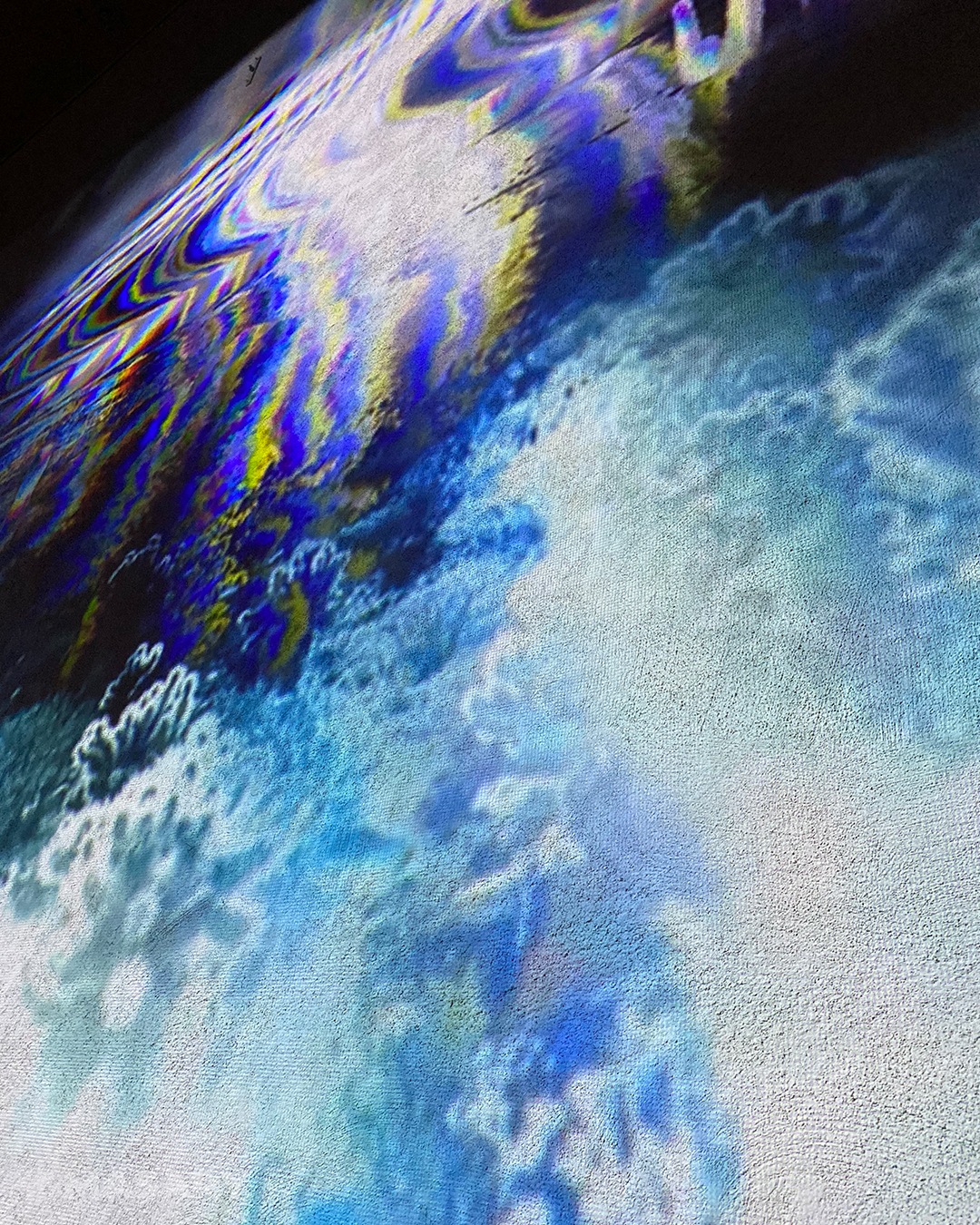 Massively Distributed is an audio / visual interactive media instrument and installation. Built by MASARY studios, MD is an instrument for anyone to create artwork with that allows connection to others and place.

Intended to connect people during a time of social distancing and bridge the gap between artists and the community, “Massively Distributed” includes a site-specific web-based app instrument accessible across laptops, tablets and smartphones. MASARY Studios captures local audio and visual samples and invites the public to create and submit original multimedia compositions through the “Massively Distributed” interface, similar to a music sequencer or drum machine.

The goals for the artwork were to create a deep connection between people, place, and creative expression, all at a safe distance. MD allowed anyone to become an artist and to create compositions that they could share publicly and in their communities.

The work wanted to be site specific. The audio and visual samples within the web app interface were 100% recorded and sourced from the Scottsdale Area itself.

How would you describe your town or city without words or written language? Rather through image and sound? These are some of the questions provoking Massively Distributed, the creative process, and the community user artists themselves.

The result bloomed into "media poems". Art compositions that were an expression of the place, by the people, and presented back into the public space to be shared.

As MD continues in other areas, it will evolve to inhabit a new site, taking on new audio and visual languages, and of course new communities of user artists.

The MASARY team directed, produced, and created Massively Distributed from start to finish.

The debut was presented and installed by Scottsdale Public Art's Canal Convergence.

The web app interface was was built and designed first to create the infrastructure of the instrument that would host the media packs or audio / visual samples. This was put through rigorous design / research sessions, user experience, and quality control sessions.

The instrument hosts 3 media packs with 12 av samples each. All original recordings(300+) for Scottsdale, AZ were recorded by the Scottsdale Public Art Marketing team and then forwarded to the MASARY team in Boston to edit down to 35 total samples.

As the public started submitting artworks, MASARY was able to take all and compose together create "Meta-Compositions". Combining public compositions that were similar in areas such as density of samples, speed, or specific uses of samples themselves.

These Meta-Composiitons were uploaded daily to Epson projectors and large speaker systems for public presentation.