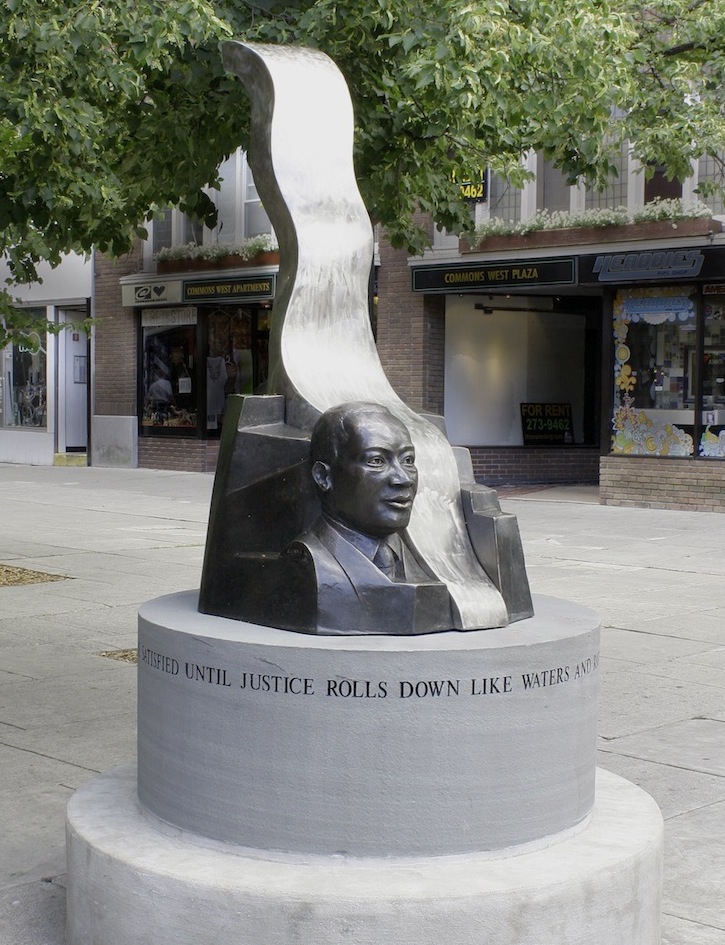 Bronze, and stainless steel sculpture on a round bluestone base inscribed with the quote ” we will not be satisfied untied justice rolls like waters and righteousness like a mighty stream. Installed on the Ithaca Commons and the capstone element on the MLK Freedom Walkway in Ithaca, NY.

I was given the quote and directed to create a sculpture that honored MLK and reflected the Ithaca landscape which is famous for its many waterfalls. Many community meetings were held and multiple stakeholders had in put into the project although, as the artist and fabricator, I was given a great deal of control over the final design.

Although we did not use design charrettes specifically, I had had to consider the input of the many community stakeholders and meet all conceptual, aesthetic, and physical needs of the community and the city engineering and facilities departments. Most of the fabrication was done in my own shop, stone work was commissioned and the public works department helped with the installation.

Placing a sculpture of an extraordinary African American in the center of a city does not come without facing political and social hurdles. I believe that I met all of those challenges and that the public reception to the project has been overwhelmingly positive.