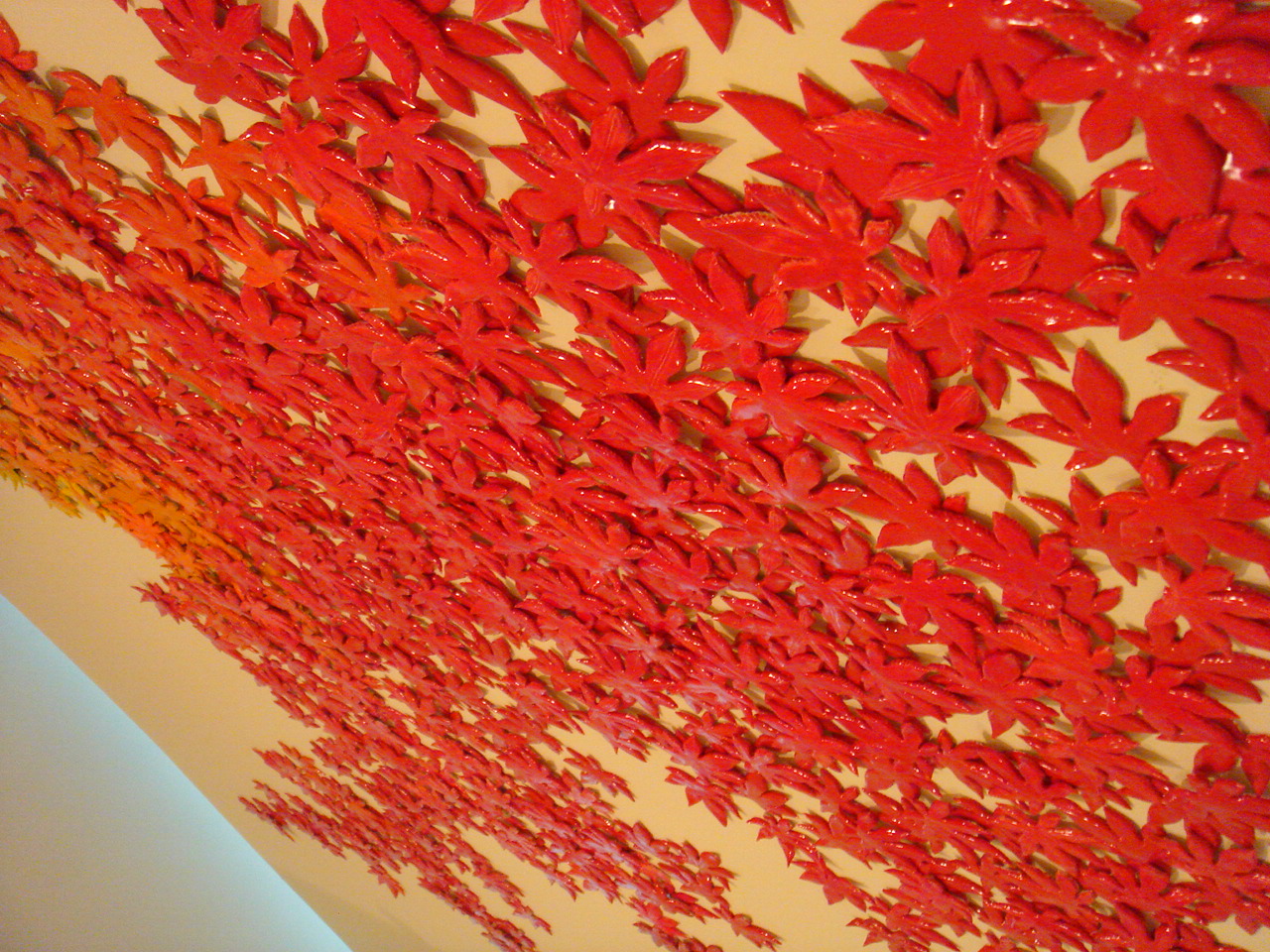 The brief for this project was to create a work to celebrate the historical links between Japan and Brazil. There were about 20 artists involved, 10 Japanese and 10 Brazilian.I felt that the maple leaves invoked a Japanese feeling, which could also be appreciated by people from other countries, such as Brazil.An important factor was to show how texture and colour can be an important and beautiful aspect of ceramic work and design.

My work was selected by the JBAC, who organized the exhibition with the Museum curator for this project.

Brazilian artists also had the chance to show their works in Japan, and Japanese artists went to Brazil. This allowed us to communicate and exchange our ideas and different aesthetic ideas with each other, and with the public in both countries.