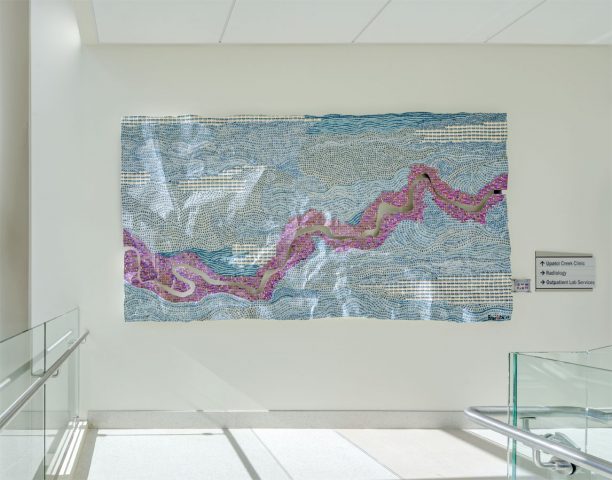 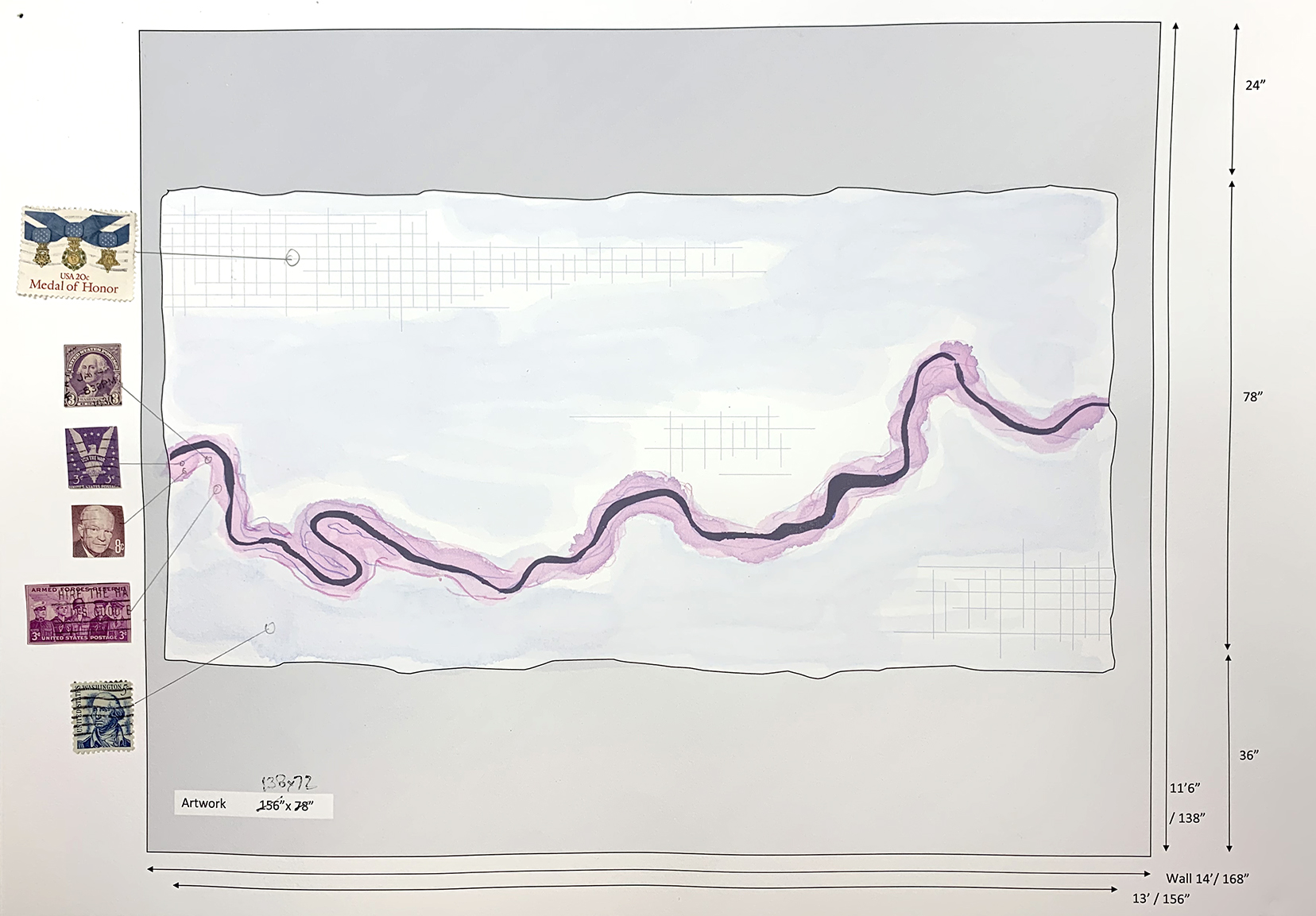 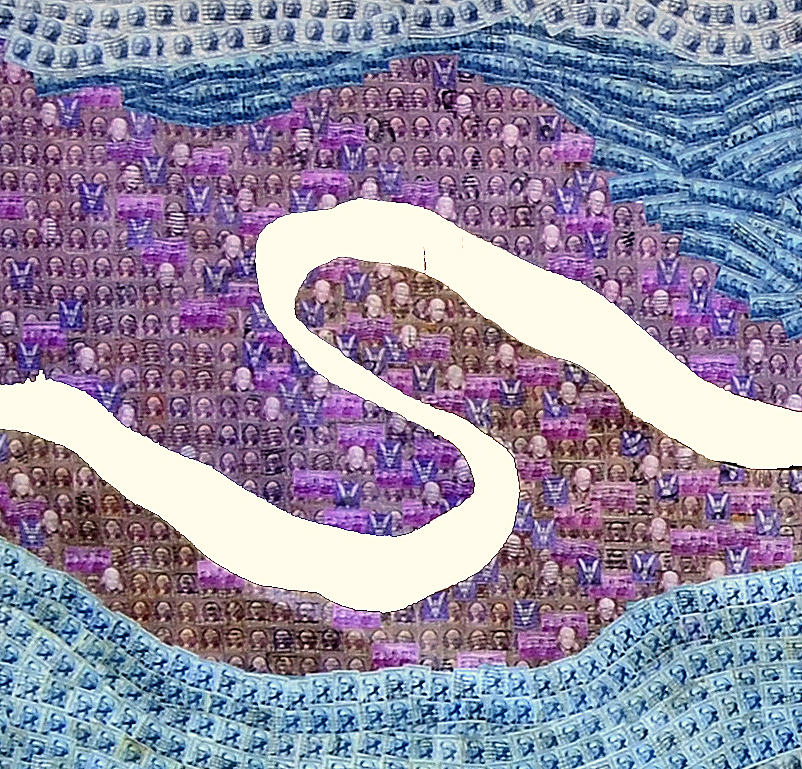 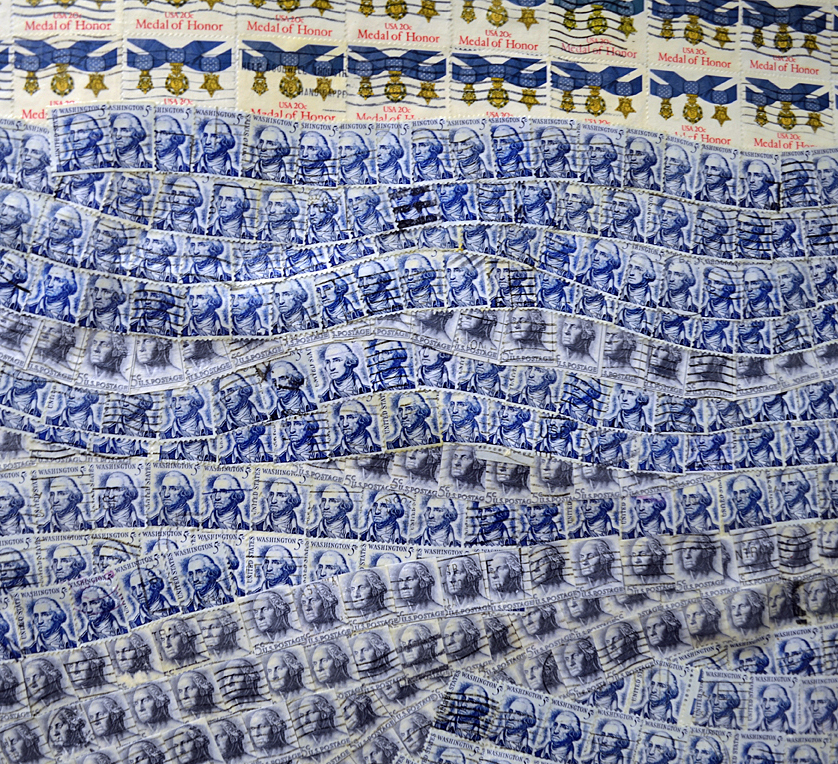 Located in the main lobby of a military hospital, the 69 sq ft mosaic honors the Army personnel by using postage stamps of famous soldiers, cultural points, and the Medal of Honor. Taking the form of an old rumpled map, the artwork not only maps out the Army base but Army greatness.

The primary goal was to create an enduring work of art that would present the proud Army heritage to the current generation without being cliche. Since the work would be in a prominent place, it needed to well-integrated and be inviting to soldiers but also visitors. From a distance the work looks like and aerial map of the army base but when viewed closer, the images (stamps) of soldiers and events that shaped the Army become apparent.

The first challenge was the short time frame for completion- just six weeks. Rather than waste time with a volley of concept approvals, the artist, Peter Hite brainstormed directly with the designer, Charles White (Skyline Art Services) and developed the concept in one meeting. A drawing was created to confirm the concept. To keep on schedule, the artist sourced material (postage stamps) globally and doubled the fabrication workforce.