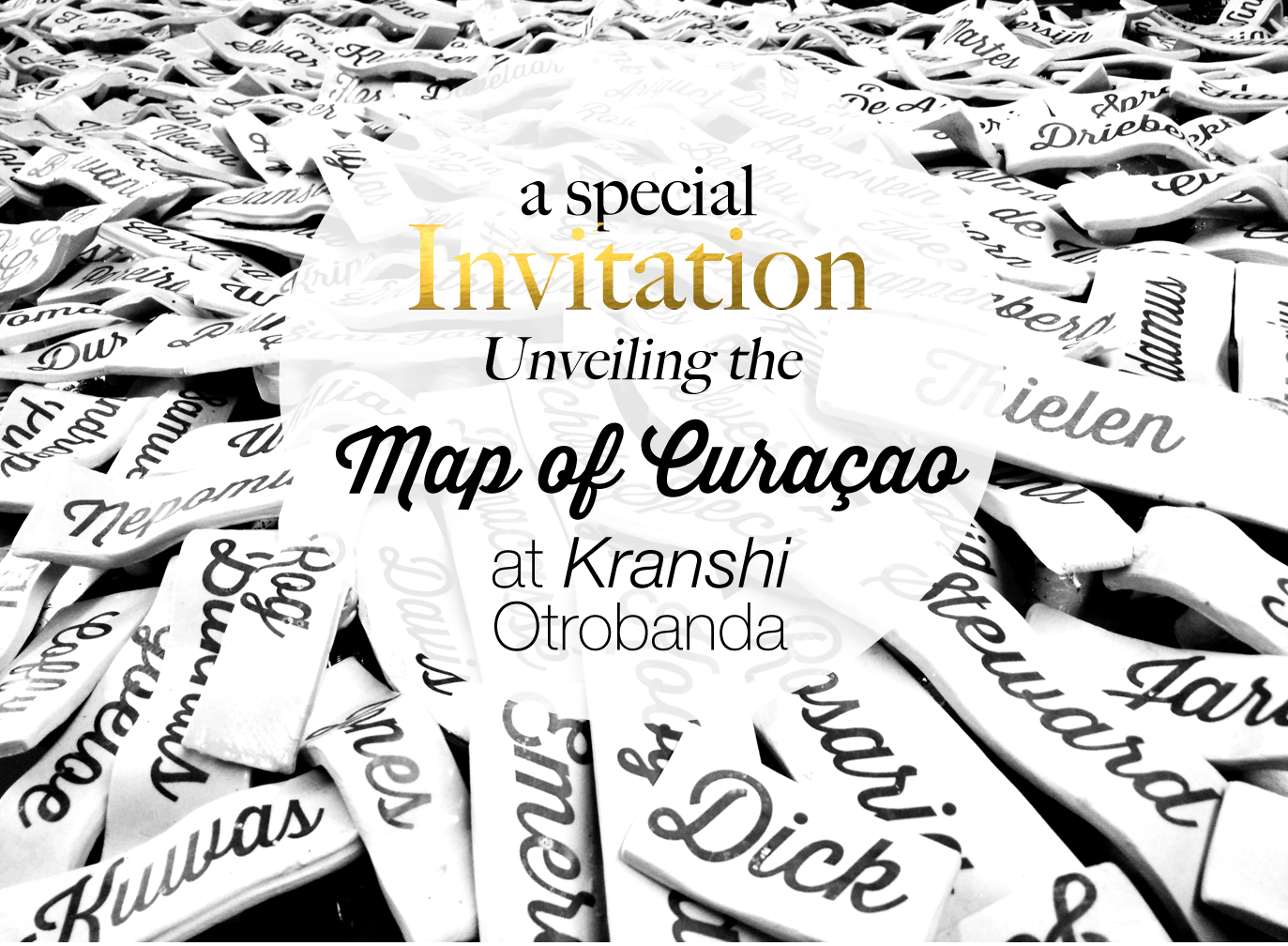 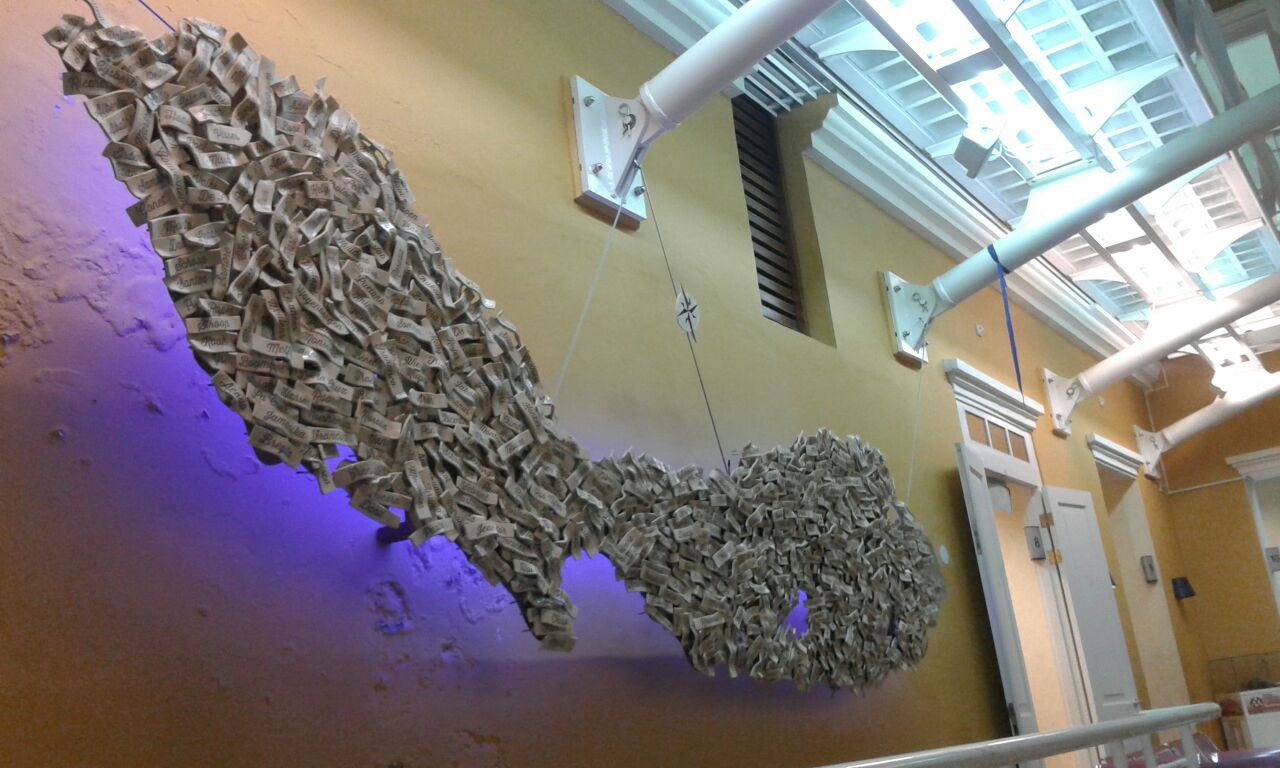 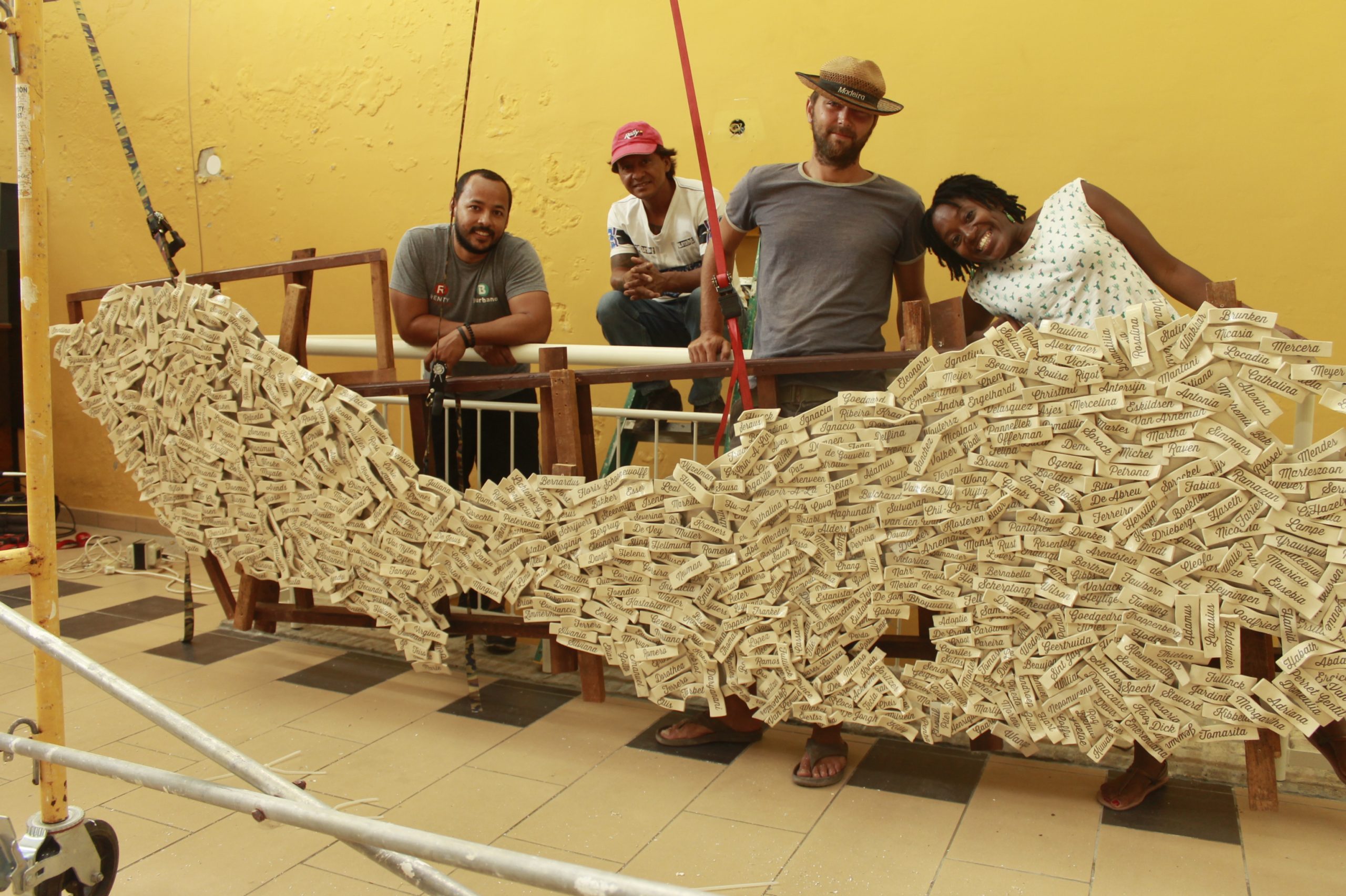 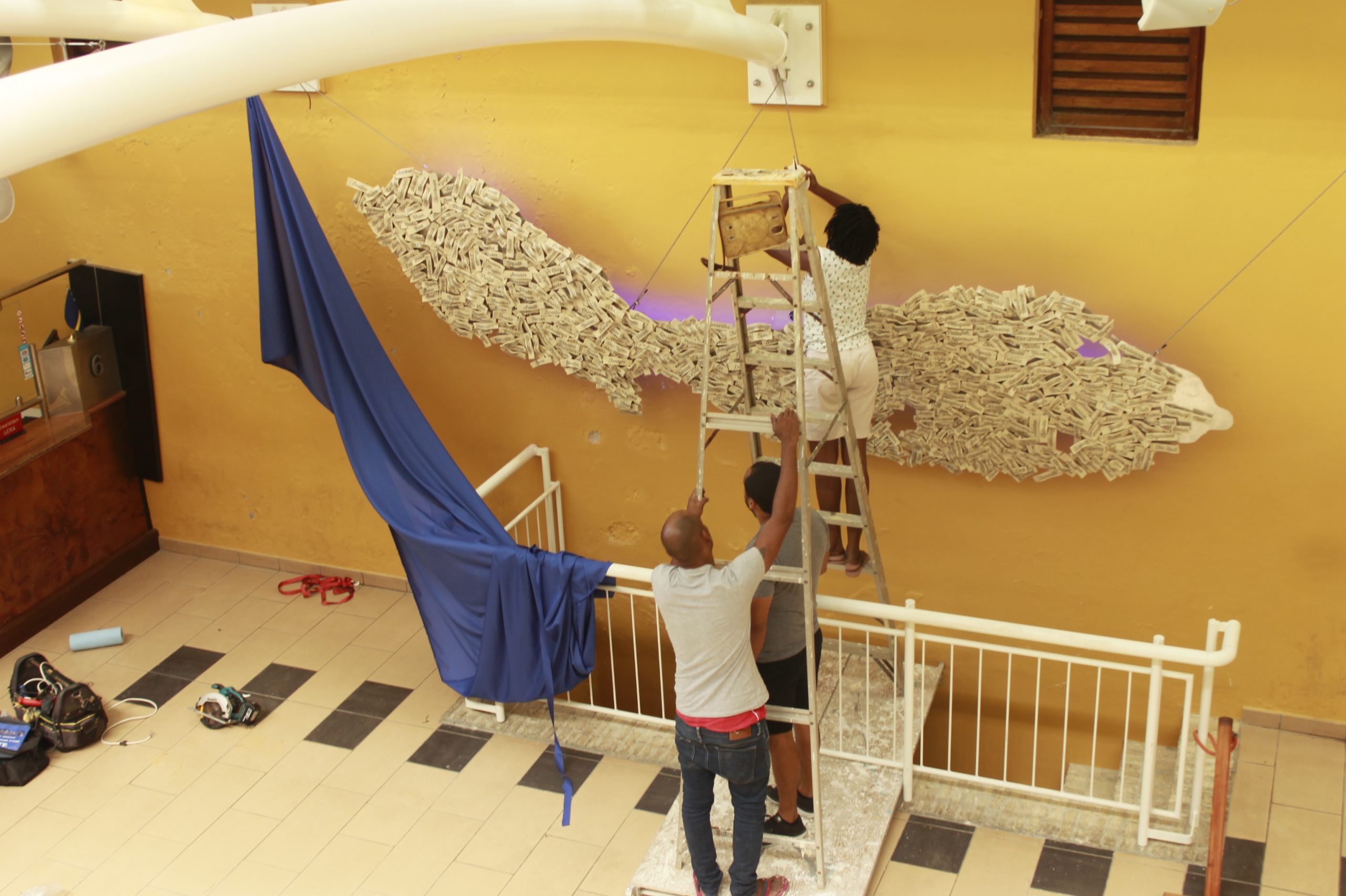 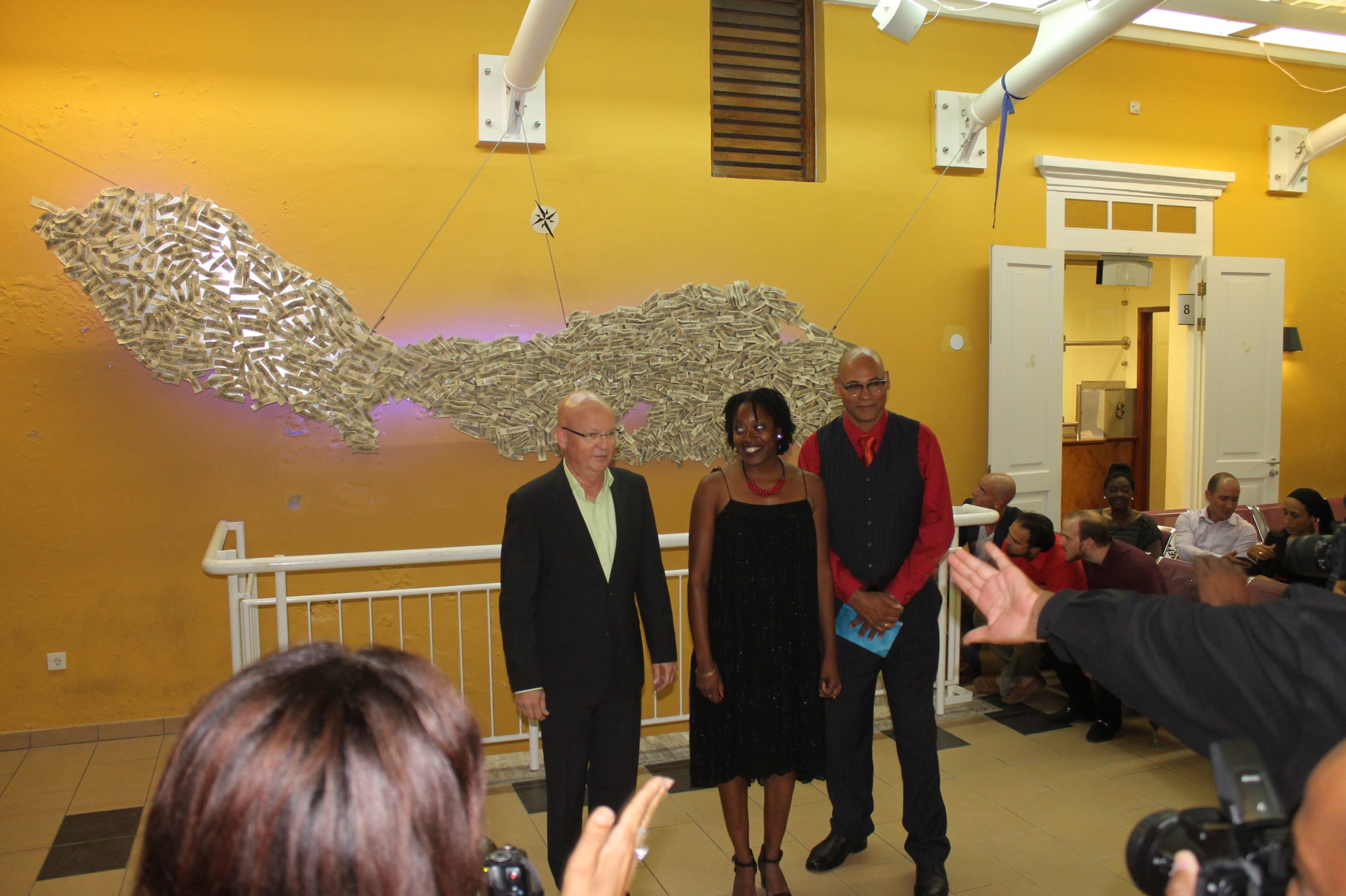 Map of Curaçao is a hanging sculpture in the Public Registry Office of Curaçao and contains family names placed at location where the family started since the abolition of slavery in 1863. In this year all people were registered as citizens with their name. The Curaçao population has Dutch, Jewish, Native Indian, African, German, English, Portuguese, French, Danish, Swiss, Swedish, Scottish, Colombian, Venezuelan, Bonairean, Libanese, Syrian, Surinamese, Indian, Irish, Belgian, Chinese, Basque and Polish roots.

To have more public space art in this new nation (since 2010), especially conceptual art that reflects the people back in it. Art education in Curaçao is still in its baby steps, but by bringing art to the people, by means of public space, people are exposed more to art.

At first because it's largely a ceramic work, I approached ceramic artist Ellen Spijkstra. She gave me tips and technical advice and also I was able to make the name tiles in her studio. Later on, as the work was not going to be drilled into a wall, because the building is a monument, I got technical advice to hang the work. It became a sculpture. The advice came from two architects linked to the building. With the execution I got a lot of assistance from fellow artists Hector S. Raphaëla and Arnold Bakker who share the same floor of work studios.

The work is hanging in a government building and the minister who has it in his care announced that they want more young artist to rotate their work in other government buildings! So more public work from starting artists. This work made way for that to happen and that is something that thrills me as I want this island to be full of public space work and make that a culture, something normal of daily life: conceptual art.