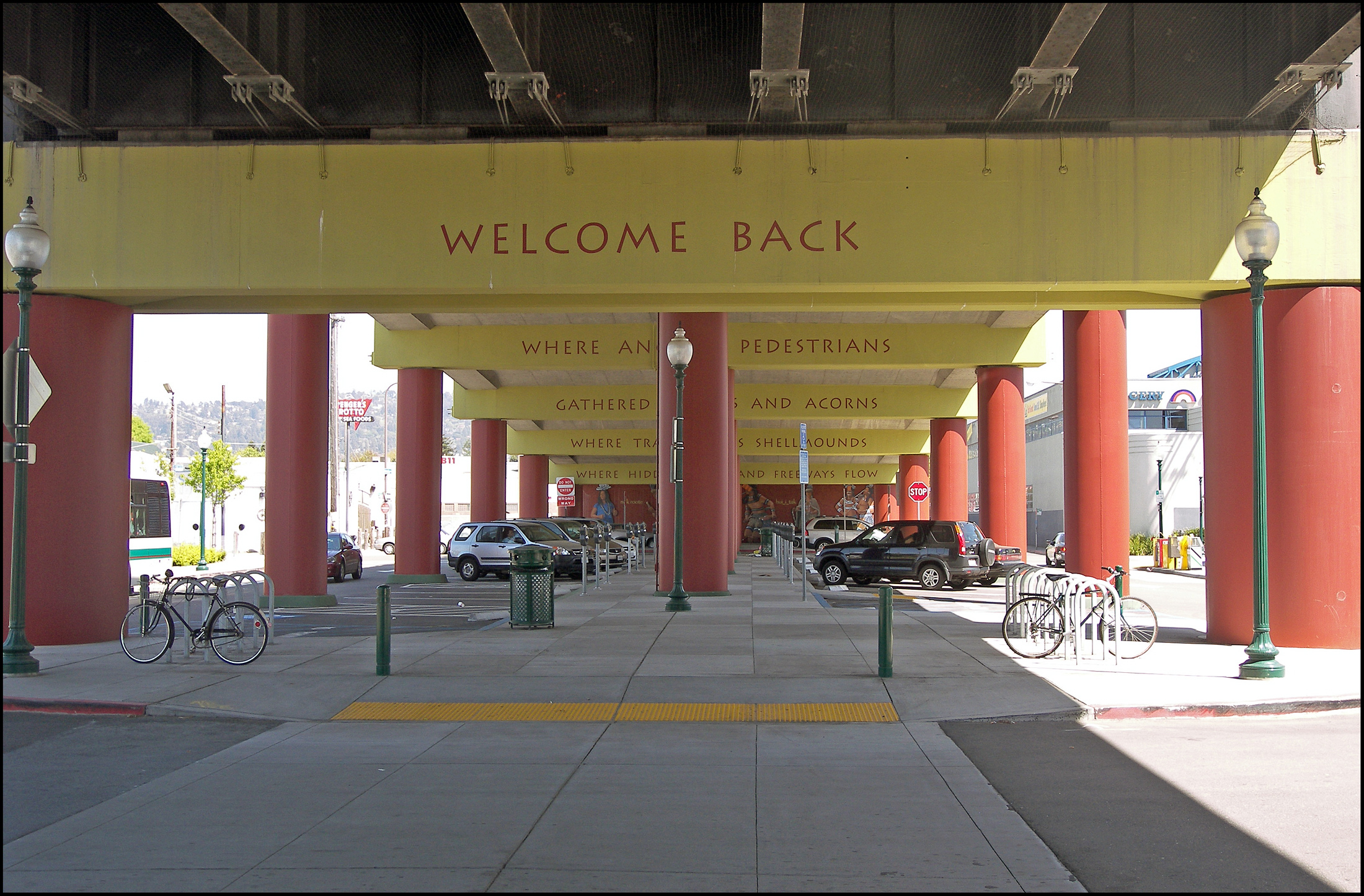 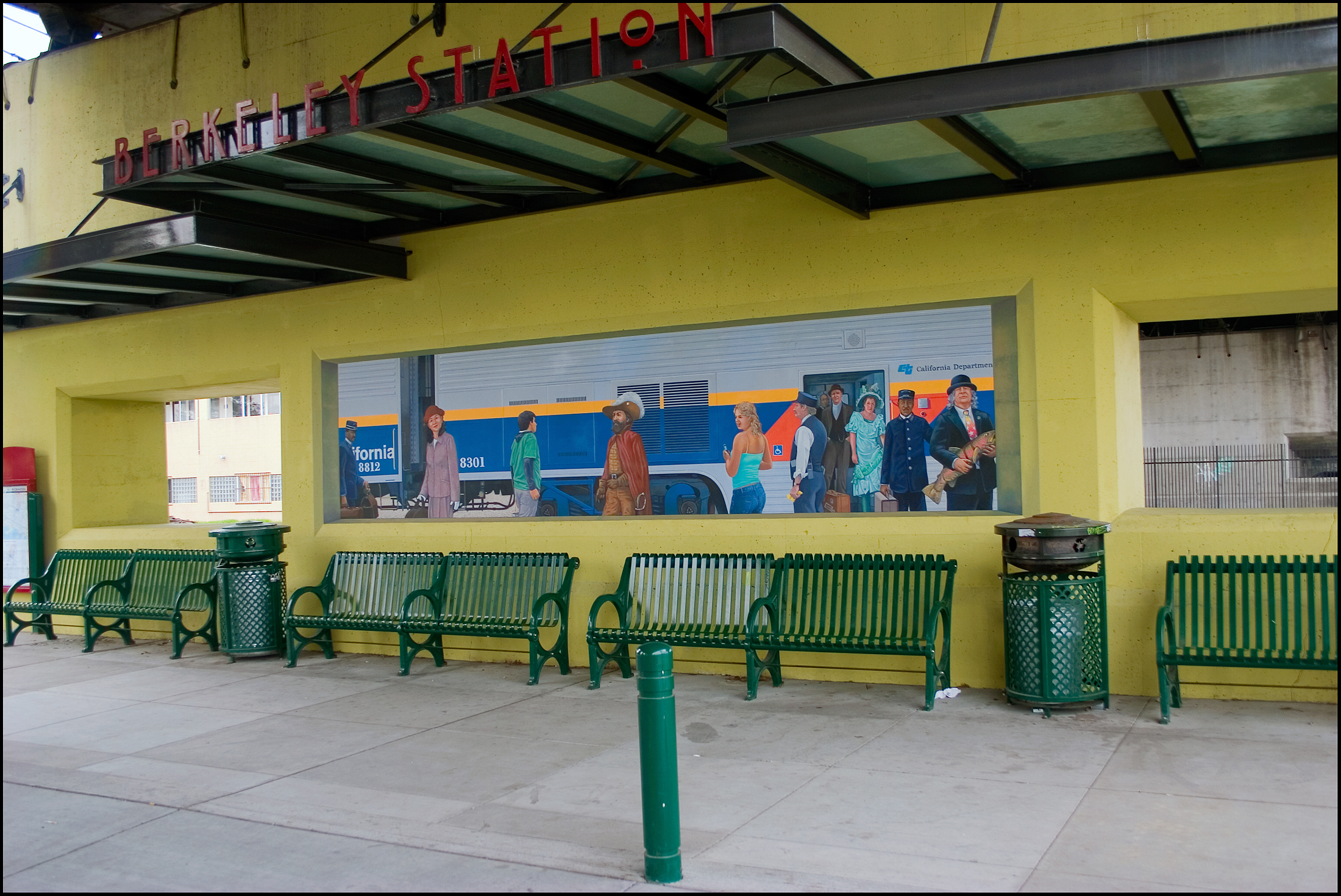 An upgrade for the Berkeley Transit Plaza underneath University Avenue in Berkeley with a later addition on mixed use development constructed adjacent to the train station. Primary material was paint, images by John Wehrle and poem penned by Betsy Davids. The goal was to construct a welcoming and informative environment as passengers and pedestrians moved through the space.

The installation was constructed adjacent to oldest known native American habitation immediately north. The East wall features Ohlone figures in honor of this. The trompe loiel window on the west end has a mix of more recent historical personages and contemporary residents. The south wall has a painted rendition of the original landscape with blackbirds, Ohlone boatman and half sunken Toyota. Betsy's poem is about arrival and departure and historical context

The project was commissioned by Berkeley Art Commission in 2005 through a RFQ process and modified following based on additional input from Native American community, with later mural addition suggested by design review board for the adjacent commercial building