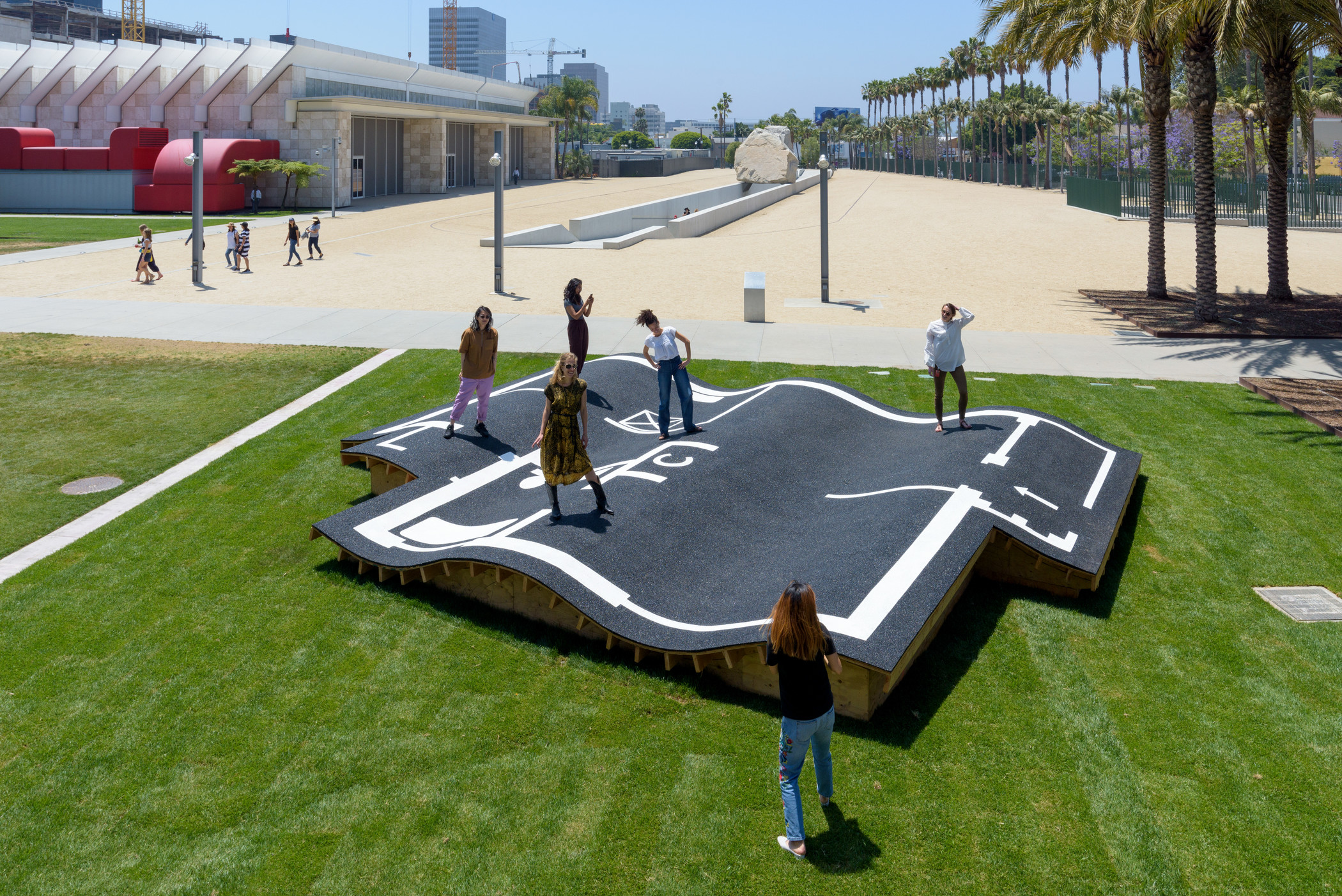 Tellus Build installed María Elena González’s sculpture Magic Carpet/Home (2003/2017) on the LACMA campus. This sculpture is a part of the LACMA exhibition Home—So Different, So Appealing, on view June 11 through October 15, 2017. This was one of the larger-scale pieces in the exhibition, converting a to-scale replica of a 700 square foot Federal affordable housing floor plan into rolling waves (the “Magic Carpet”). In order to make the sculpture interactive, Tellus assembled the unit, and applied and painted the rubber surface.

The goal was to convey the concept that home can be anywhere… wherever the “magic carpet” of a house lands. The Home—So Different, So Appealing exhibition at LACMA explores the universal notion of home using an exciting array of art from the Americas since 1957. From a LACMA news release last month, “This exhibition offers a thought-provoking look into the ways in which Latino and Latin American artists have understood the idea of ‘home’ amid a changing political and socioeconomic landscape,” says Michael Govan, LACMA CEO and Wallis Annenberg Director. Home co-curator Chon Noriega further elaborates, “The artworks often draw from the material of home itself, from architectural plans to actual space, but also furnishings, mattresses, personal effects, and rubbish.” Noriega is also the director of the UCLA Chicano Studies Research Center, which co-organized the exhibition with LACMA and the Museum of Fine Arts, Houston.

Artist María Elena González was hands-on during the initial set up and design, and her vision and artistry guided Tellus Build through the construction process. LACMA curated and organized the exhibition, coordinating the build with Tellus Build and González. It was an exceptionally collaborative effort. The pre-build of the sculpture took three weeks, and the majority of the structure was built off-site so as not to disturb the LACMA environment. We then brought the frame of unit in and worked hand-in-hand with LACMA and González to ensure proper placement and dimensions. We were at the site for around 2.5 weeks finishing and securing the installation, and brought in a muralist to do the final painting.

The sculpture is interactive and often sees 10 or 20 visitors playing or standing on it.