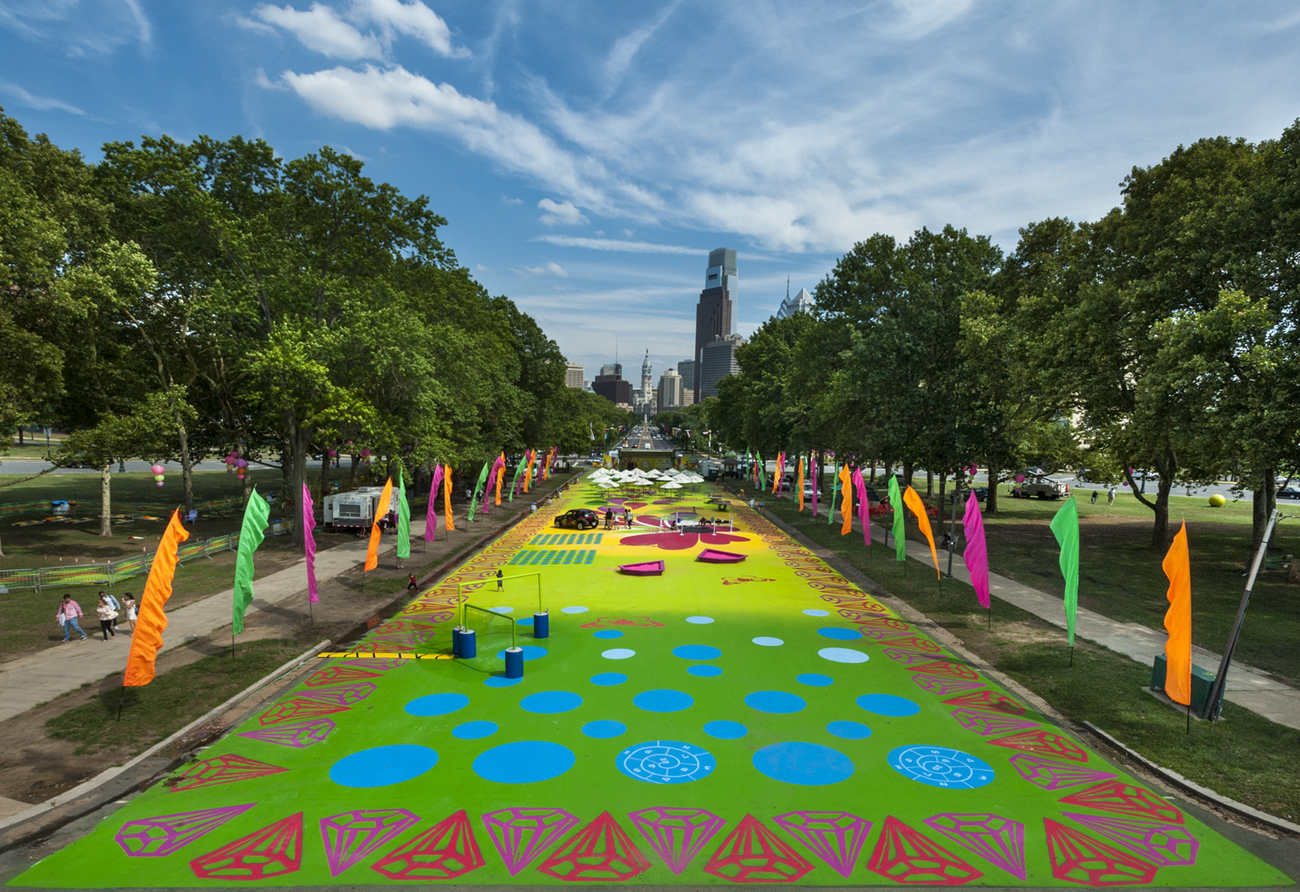 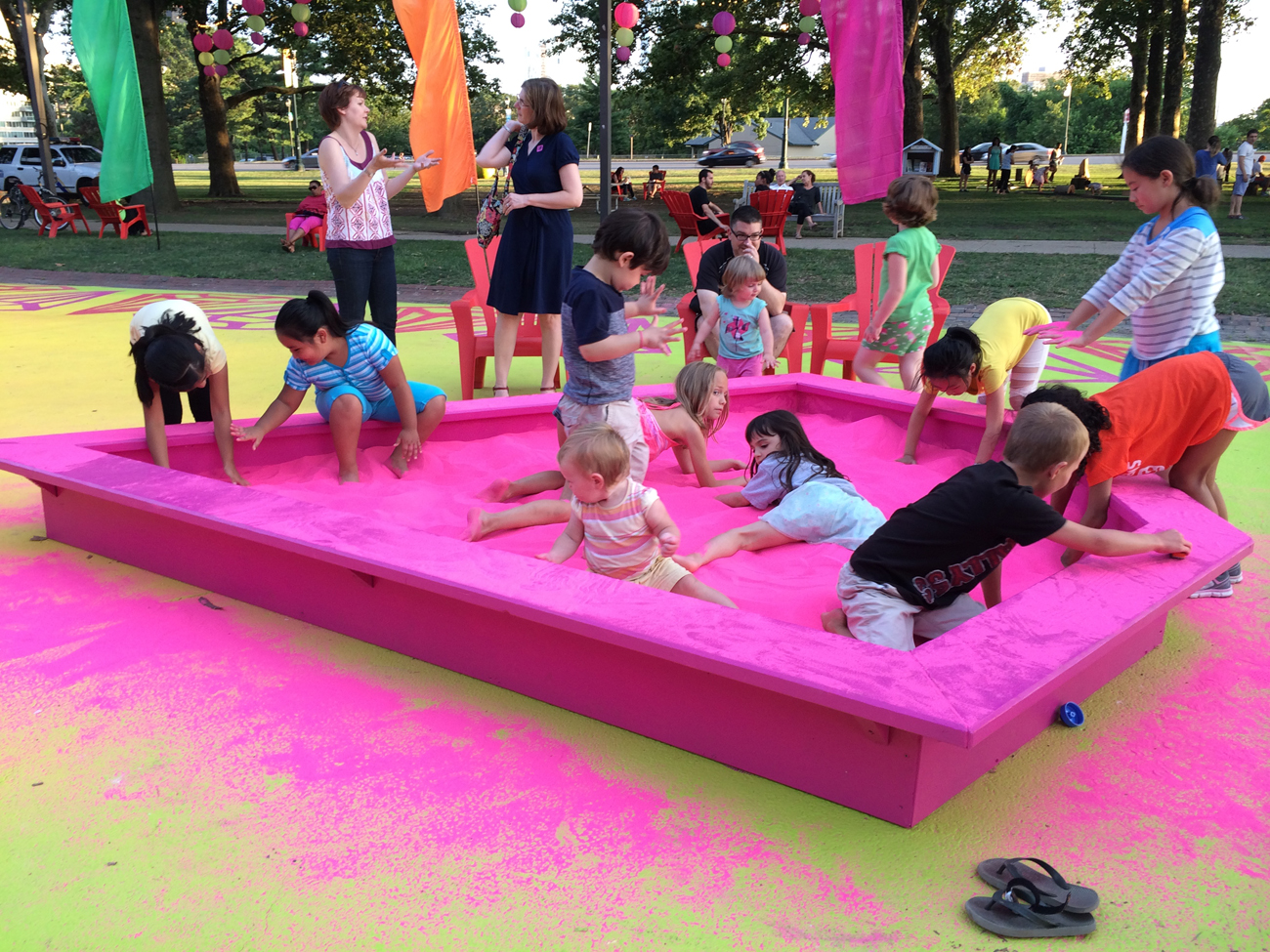 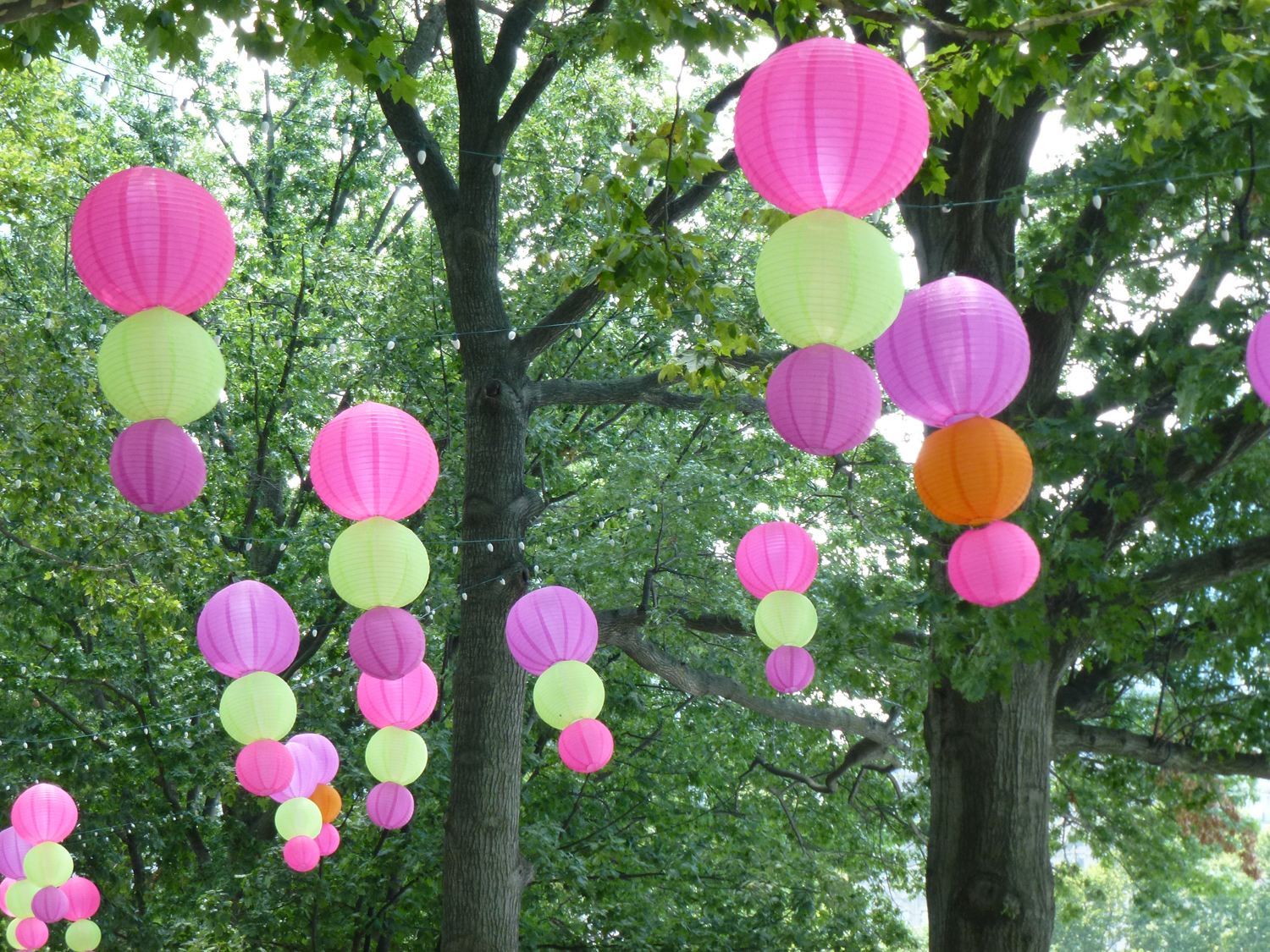 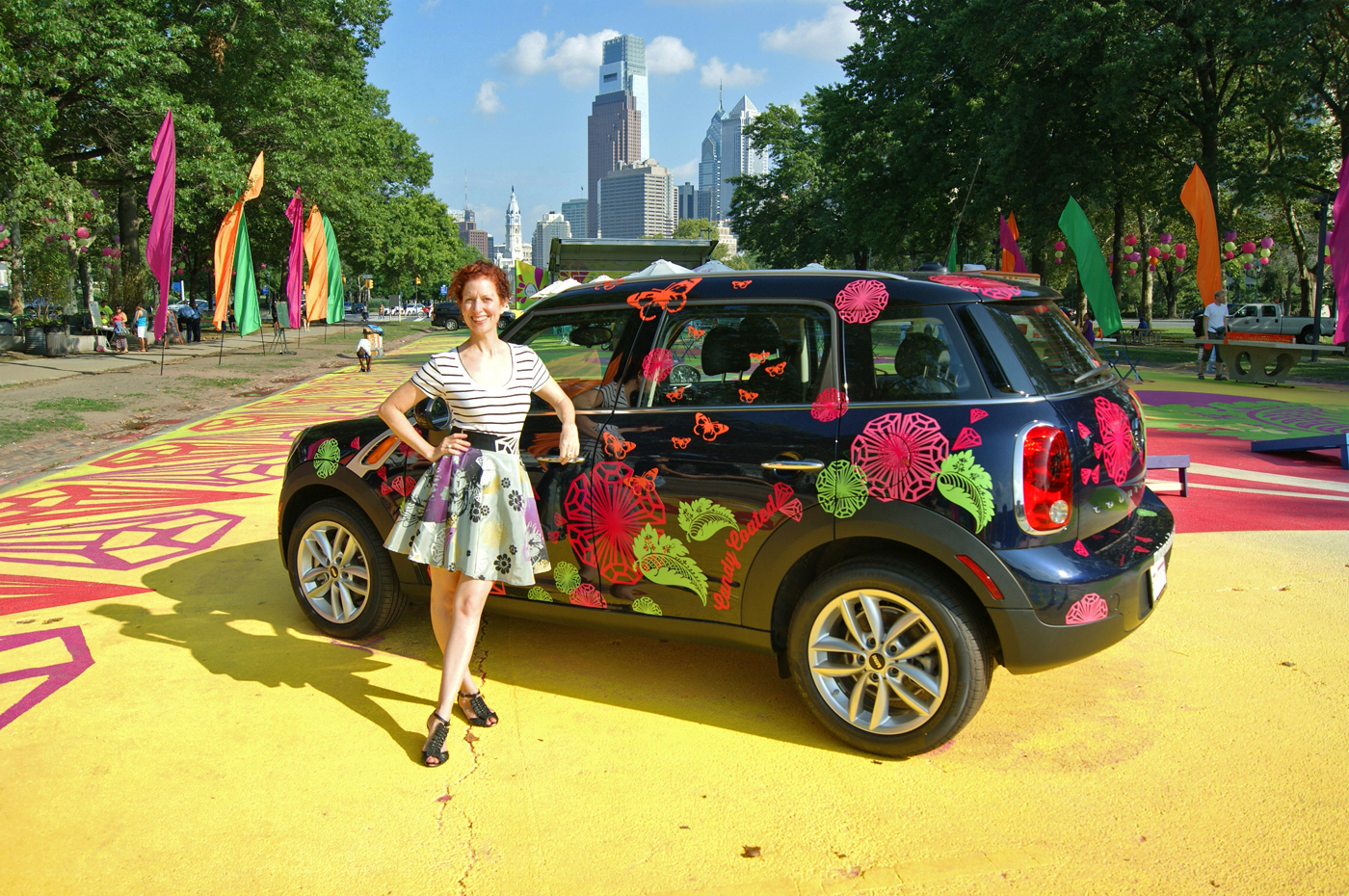 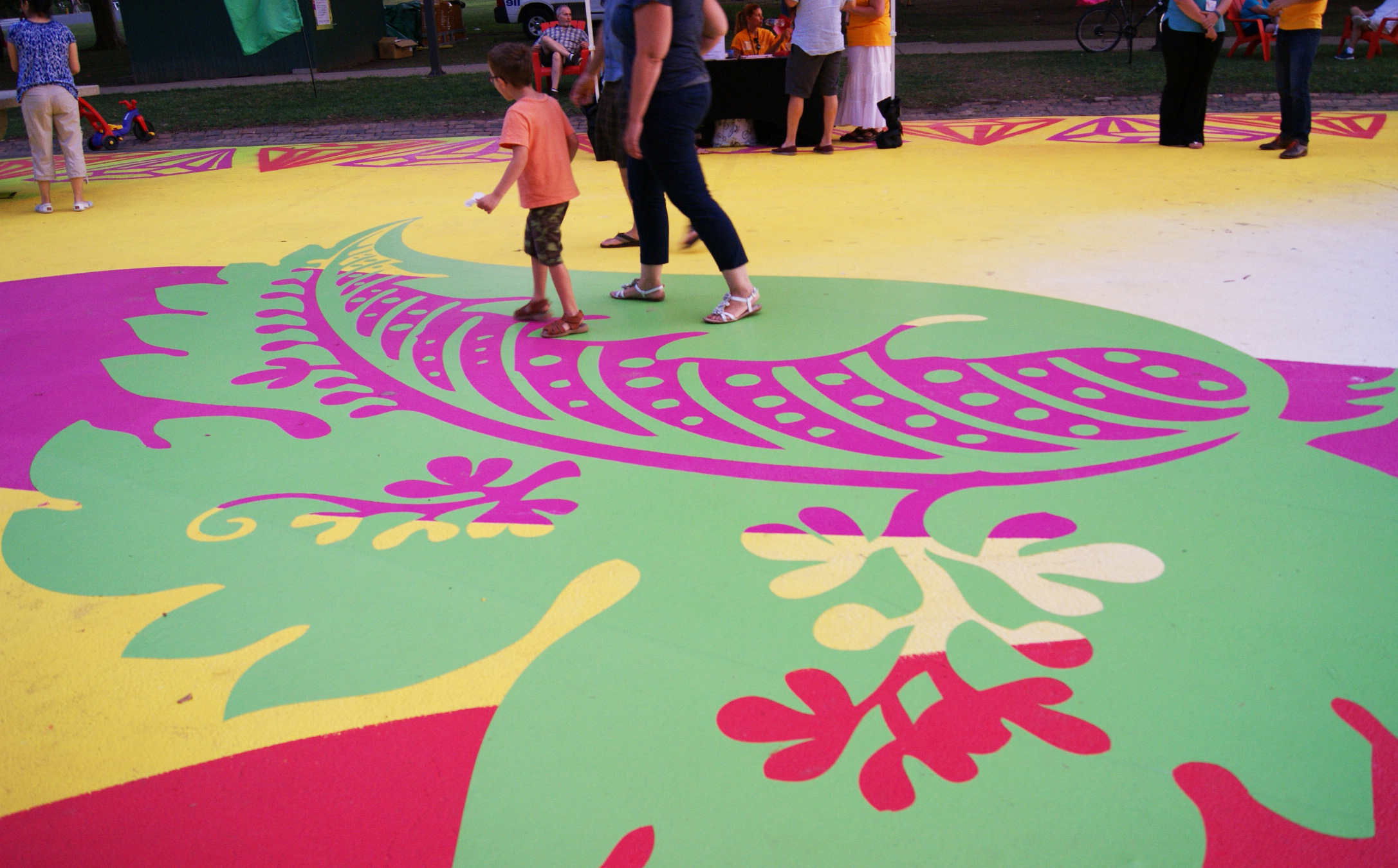 “Magic Carpet” by artist Candy Coated (formerly Candy Depew) was commissioned by the Association for Public Art (aPA) for The Oval, a temporary site with summer programming organized by Philadelphia Parks and Recreation and Fairmount Park Conservancy. From July 16 – August 17, 2014, this eight-acre parcel on Philadelphia’s historic Benjamin Franklin Parkway was transformed into an exuberant environment of color, pattern, illusion, and movement. The artwork featured an elaborate arrangement of the artist’s signature decorative motifs rendered in vinyl, brilliantly colored sandboxes, 3-D illusion art, and fabric banners, among other unique attractions.

Developed in 2013 as part of the City’s “More Park, Less Way” initiative for the Benjamin Franklin Parkway, The Oval is a unique seasonal park experience where thousands of Philadelphians and visitors can gather, connect, eat, and play. Once a municipal parking lot in front of the Philadelphia Museum of Art, in 2014 the aPA envisioned the opportunity to invite an artist to transform the environment through an artist-designed streetscape, lighting, banners, and other amenities. In partnership with Philadelphia Parks and Recreation and the Fairmount Park Conservancy, the aPA —which has a long history of collaborating with the Park to bring public art to the Parkway — commissioned Candy Coated’s “Magic Carpet.” Her bold, whimsical, and colorful installation completely reimagined The Oval, activating and unifying the space and engaging people with rich sensory experiences: sandboxes filled with pink sand; giant vinyl butterflies under foot, blue circle patterned hopscotch; a “light blast” optical illusion; colorful globes in trees above; oversized painted buoys; and umbrellas screen printed with diamonds.

Candy Coated’s “Magic Carpet” brings together installation art, popular culture, fantasy, fashion, printmaking, and a passion for vivid color, which presented exciting possibilities for The Oval. During the planning stage, the artist frequently met with aPA and the Park staff to discuss her ideas and renderings, as well as the constraints of such a public setting. The aPA worked with the artist on the logistics of procuring unique items and services to bring “Magic Carpet” to life, bringing pounds of pink sand and gallons of custom-mixed paint to the site. Large vinyl shapes and stencils were produced by a local company, a wood-worker built artist-designed sandboxes, and a team of local artists helped paint the installation. Developing “Magic Carpet,” the artist incorporated design elements that would support The Oval’s programming: sections were tailored for the presence of food trucks and a stage area; oversized game boards were incorporated; and colorful light globes and banners defined the space. Following BMW’s “Art Car” tradition, Candy Coated also embellished a Mini Cooper with decorative vinyl butterfly, leaf, and diamond motifs seen throughout “Magic Carpet.” (BMW was one of the sponsors of The Oval.)

Candy Coated continued to animate The Oval by leading free screen printing and parasol painting workshops using “Magic Carpet” designs. The aPA’s “Public Art Ambassadors” were also on site sharing information about the artwork. During the project, approximately 64,000 people visited The Oval — a 136% increase in attendance from 2013. Of those surveyed for a final report, 41% had visited four or more times in 2014 and 92% said they would return. Reactions to the space were overwhelmingly positive, with visitors calling it “beautifully designed,” “an oasis in the city,” and “a heroic attempt to bring the neighborhood together."