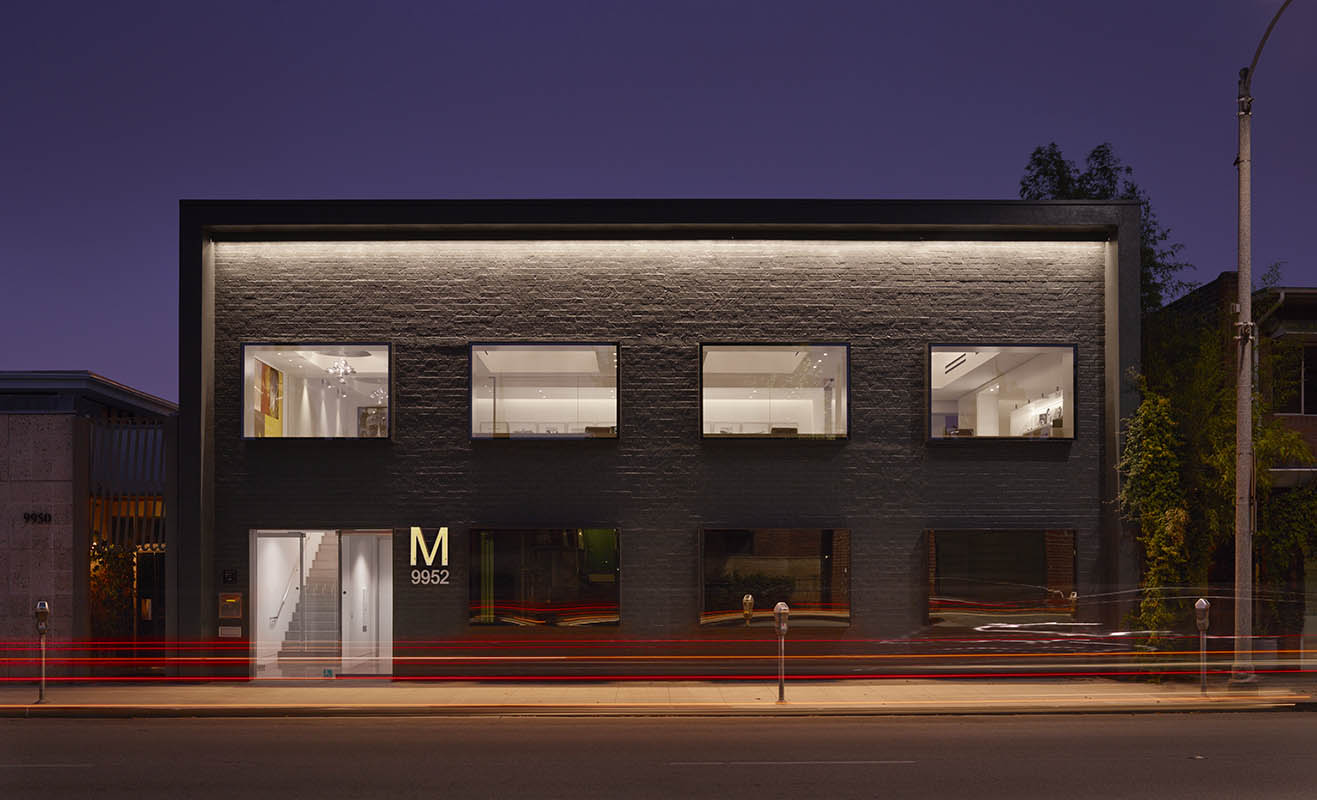 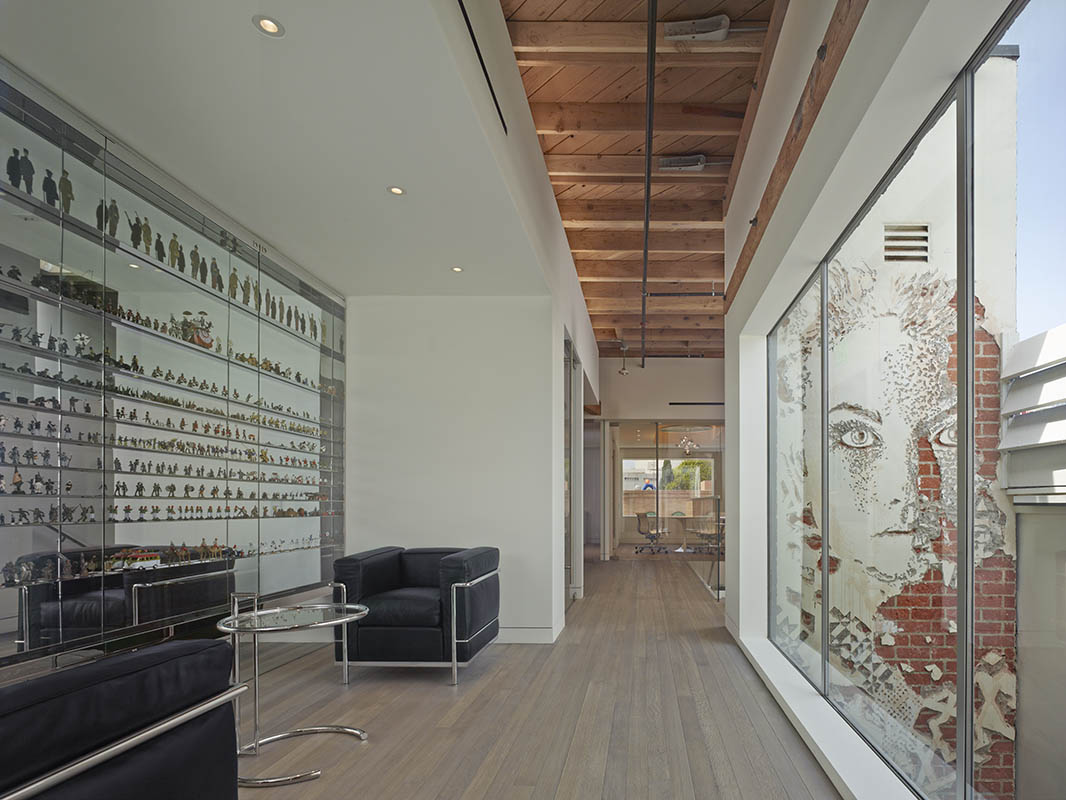 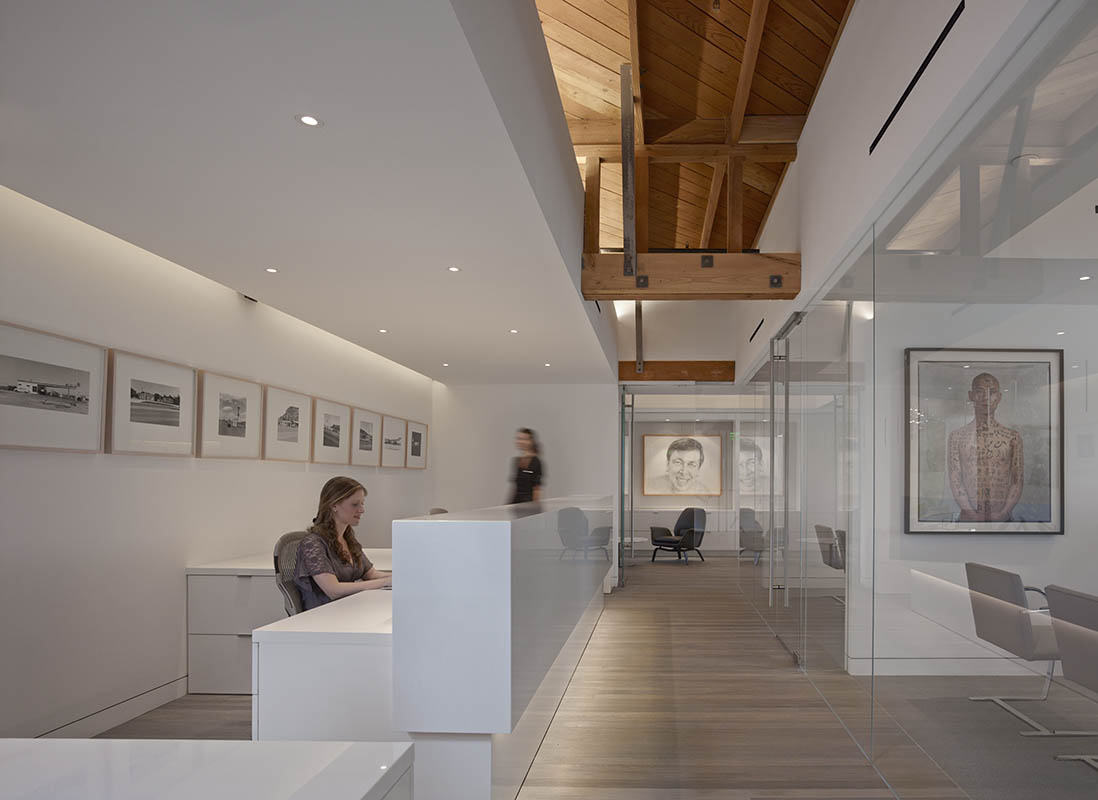 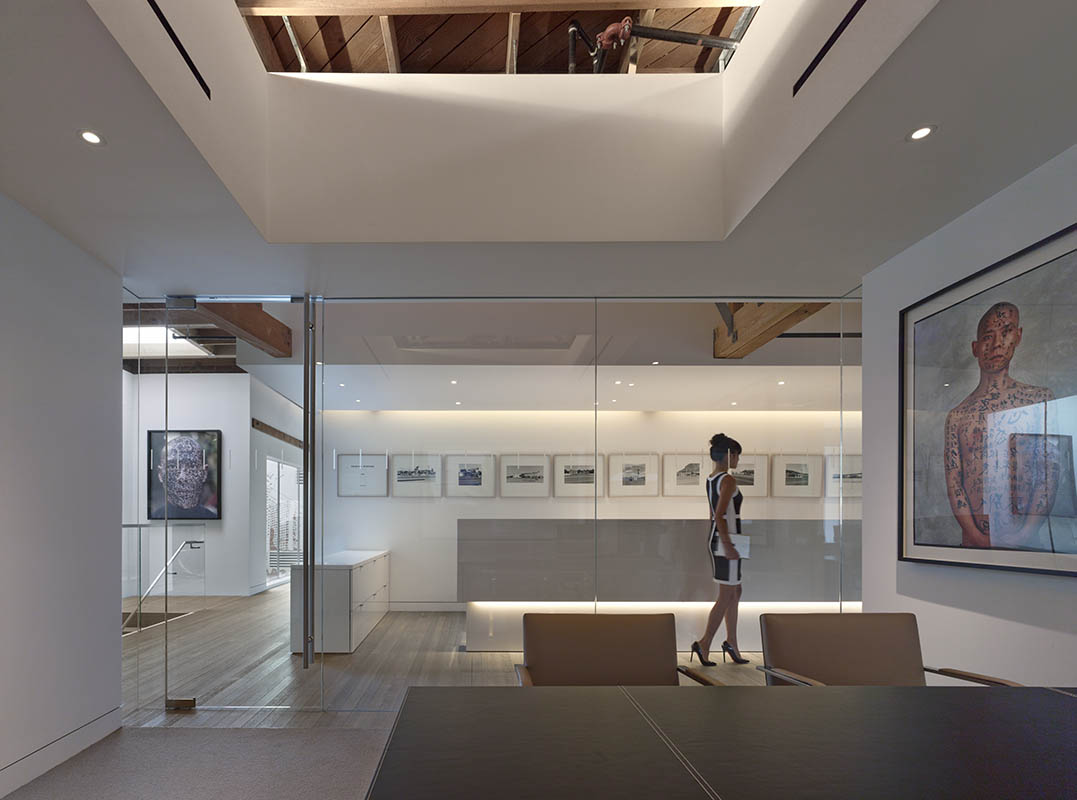 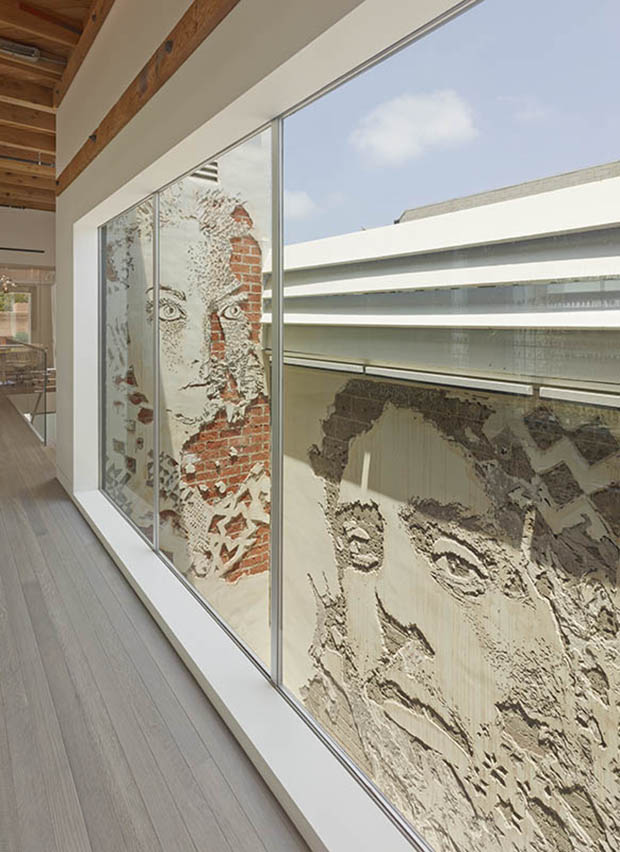 The M Building in Beverly Hills is a study in contrasts. Since the existing office building was a generic example of mid-century architecture, the client asked that the structure be brought back to its elemental features, yet updated to create a stealth exterior consistent with their desire for an understated street presence. The interior is bright and open, with light coves and reflective surfaces used to create a space seemingly much larger than its actual 3,200 square feet. Exposed trusses are set against white walls and grey oak floors to create a gallery-like atmosphere, perfect for the owner’s art collection.

Among the art on display are works by Ed Ruscha, Robert Rauschenberg, Zhang Huan, Robert Misrach and John Valdez.

Perhaps most striking is the exterior mural by street artist Alexandre Farto, aka VHILS. Created in situ by VIHLS, the larger-than-life portrait was realized through a painstaking process of chipping, sawing, and drilling away at the wall to various depths. The end result is a deliberate, if not provocative, juxtaposition of refined interiors with street art, in keeping with the client’s initial wish for making the experience of the space full of surprises. For maximum poetic impact and to impart a sense of permanence, it was important for the piece to have the quality of a “found object”, hence the desire to have the piece carved directly into the building.

Both the client and designer realized early in the process the potential for a small courtyard to set the trajectory for the rest of the project. Invisible from the street yet prominently visible from the guest waiting area, the space was begging for something dramatic to emerge from its barren walls. A life-long art collector, the client knew right away that only graffiti art had the power to surprise and delight, while giving instant “cred” to the entire building.

VIHLS, whose meticulous portraiture technique is subtractive rather than additive, became a natural choice given the client and designer’s inclination for minimalist interiors. The artist was contacted through a relationship of the client and given free rein to create the mural.

As an homage to Donald Judd, one of the client’s favorite artists, the street-facing windows were conceived as “neutral objects” cantilevered from the wall. Detailed minimally, the boxlike windows combine a simple painted aluminum frame with highly reflective glass to capture the ever-changing wonders of the California sky.