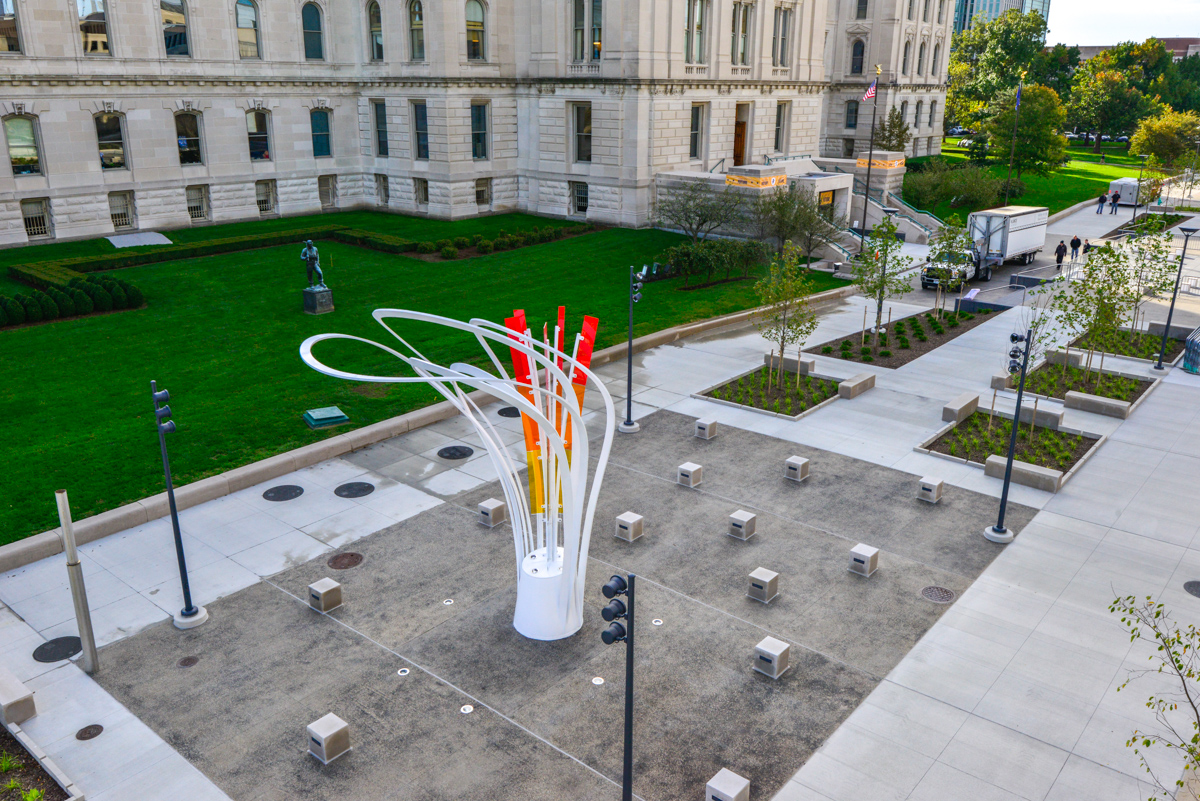 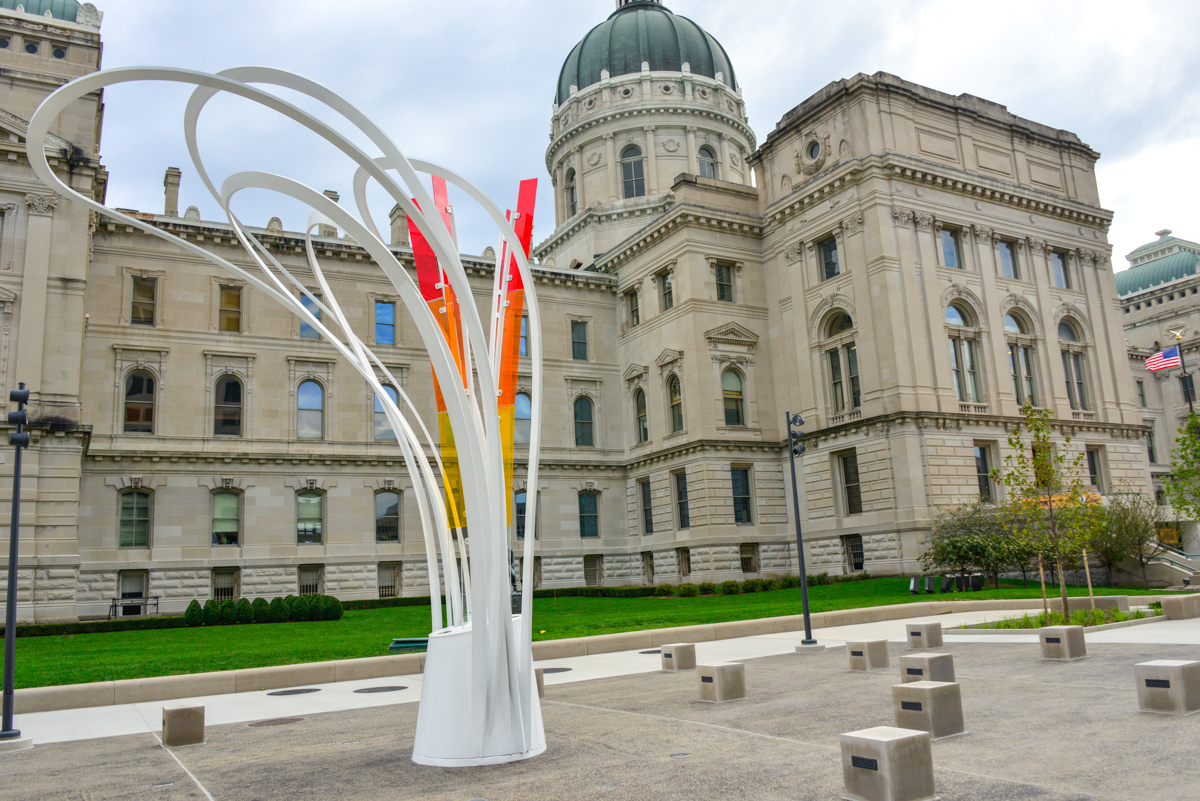 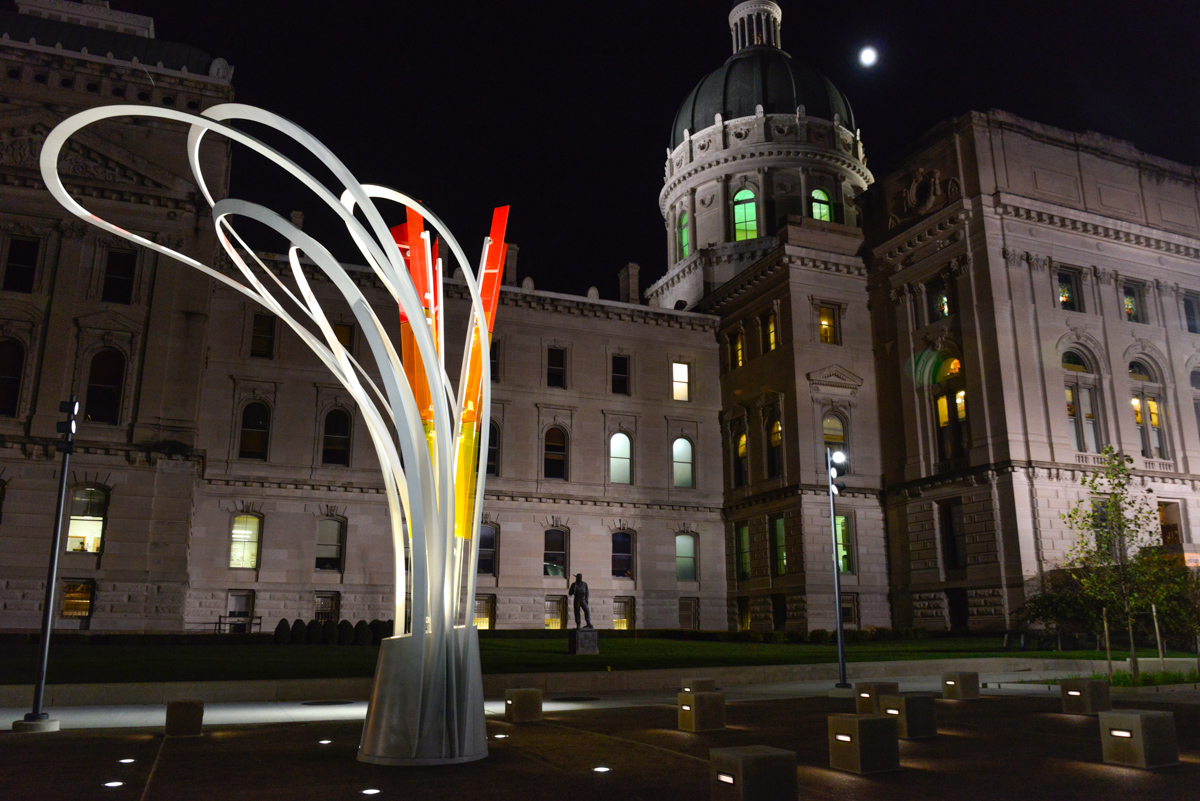 Commissioned for the 200th year commemoration of the establishment of the State of Indiana, Lux Aeterna has a unique form that is inspired by the torch of the state’s flag. Placed in front of the capitol building of the State of Indiana in Indianapolis, Lux Aeterna speaks of light and illumination as well as knowledge and courage. Artworks gentle and prominent curves juxtapose yet compliment the surrounding classical architecture of local limestone.

Lux Aeterna is part of the new Bicentennial Plaza designated in front of the Indiana State House, Indianapolis. Previous to the establishment of the plaza, the area was a street open to vehicle traffic. By turning it to a pedestrian only public plaza the area took a new and profound meaning worthy of the State Building. Lux Aeterna relates to the torch figure found at the center of the State of Indiana flag and commemorates the establishment of the state. As such, the artwork is deeply rooted in this special localion and was an integral part of the process.

Proceeding the RFQ and the final proposals stage the artwork was selected to receive the commission. It was fabricated in Colorado with glass components and light fixtures from California and Germany. It was brought to the site and installed with the help of local crews. Through out the entire process Indiana Arts Commission was an integral part of the project.

Lux Aeterna is a good example of Osman Akan's artworks that are highly complex in their background calculations and modes of fabrications, while gentle and down to earth in their appearances. Much like his many other artworks, Lux Aeterna responds very well to it's surrounding environment by introducing movement, color and light.