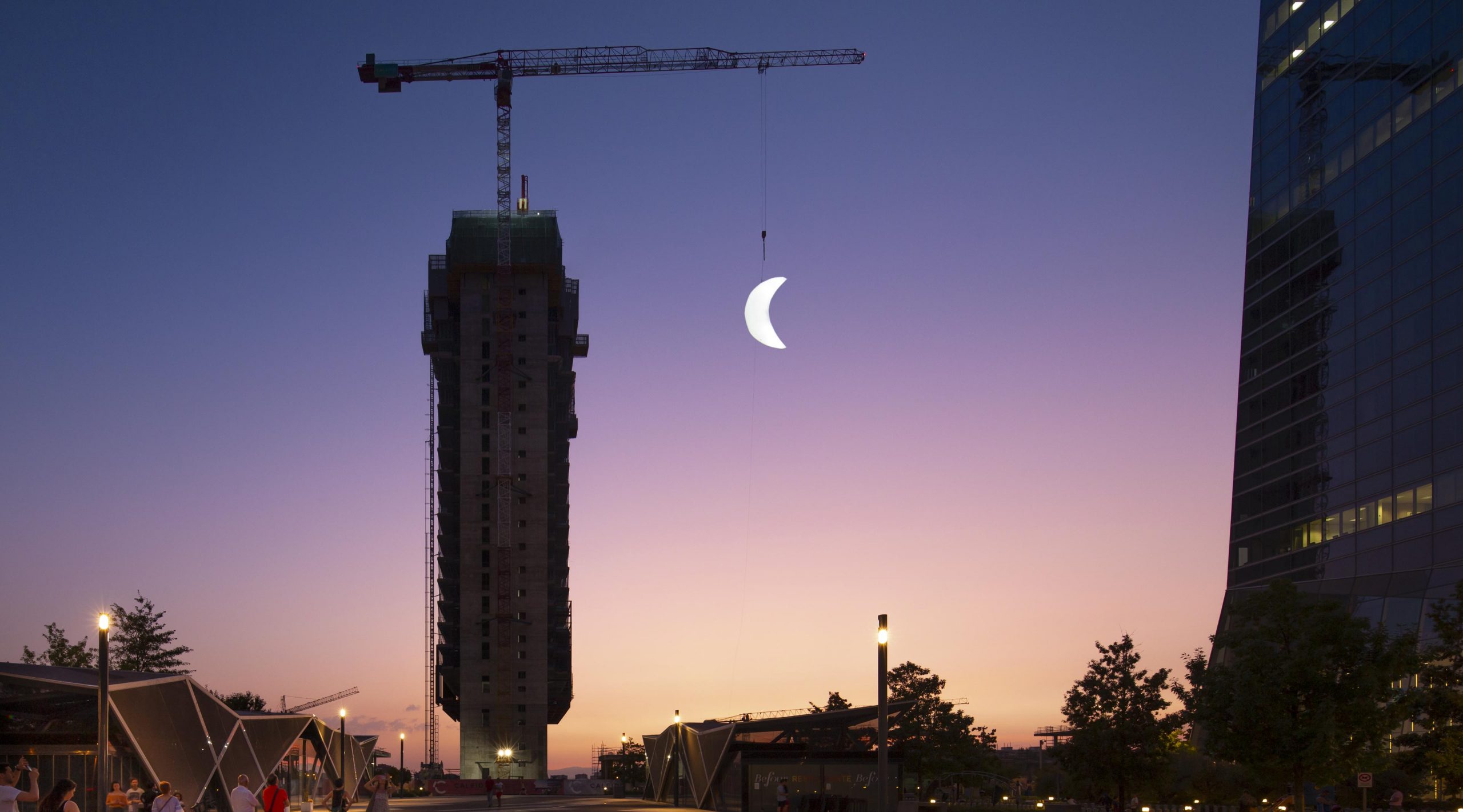 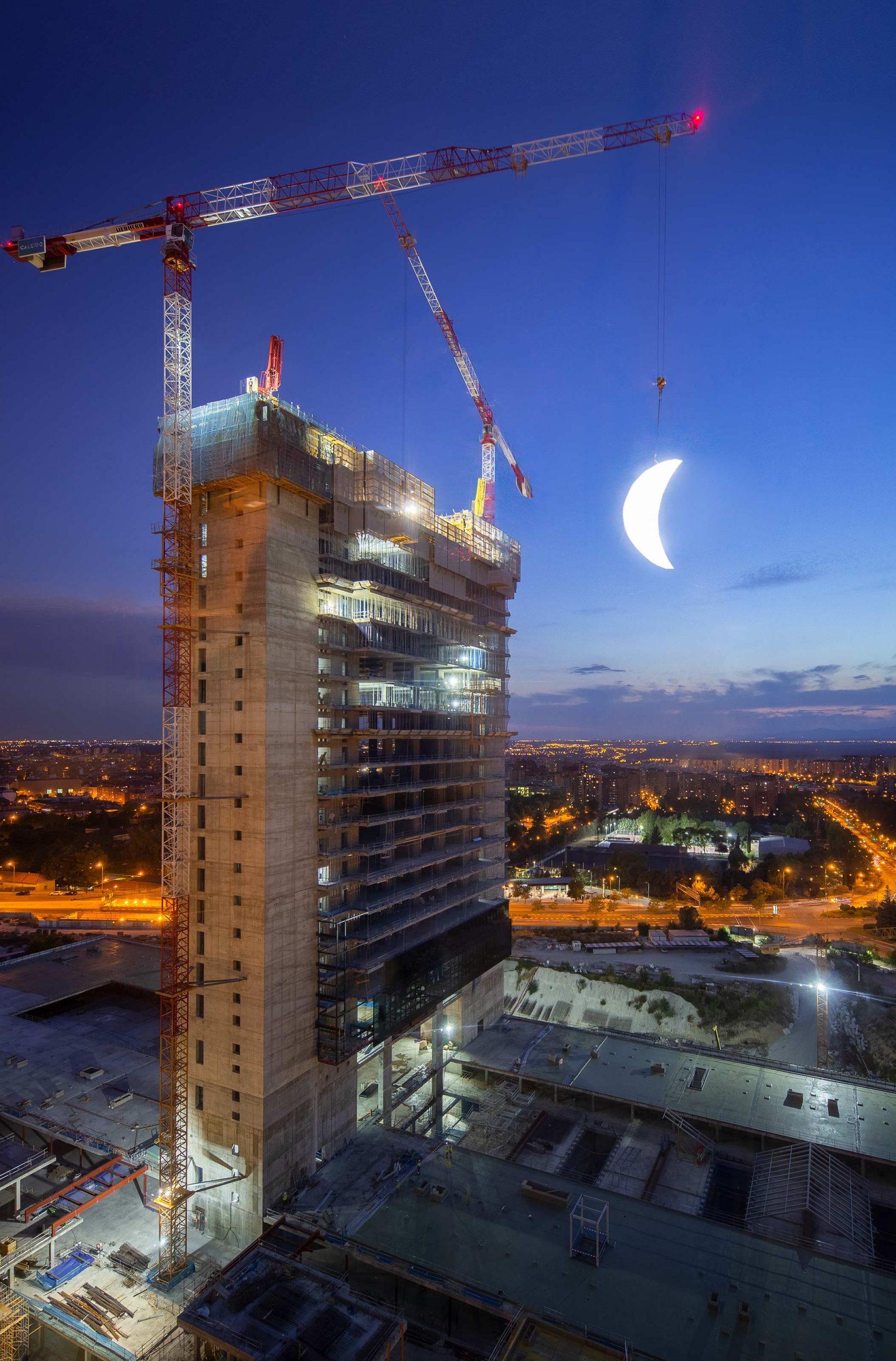 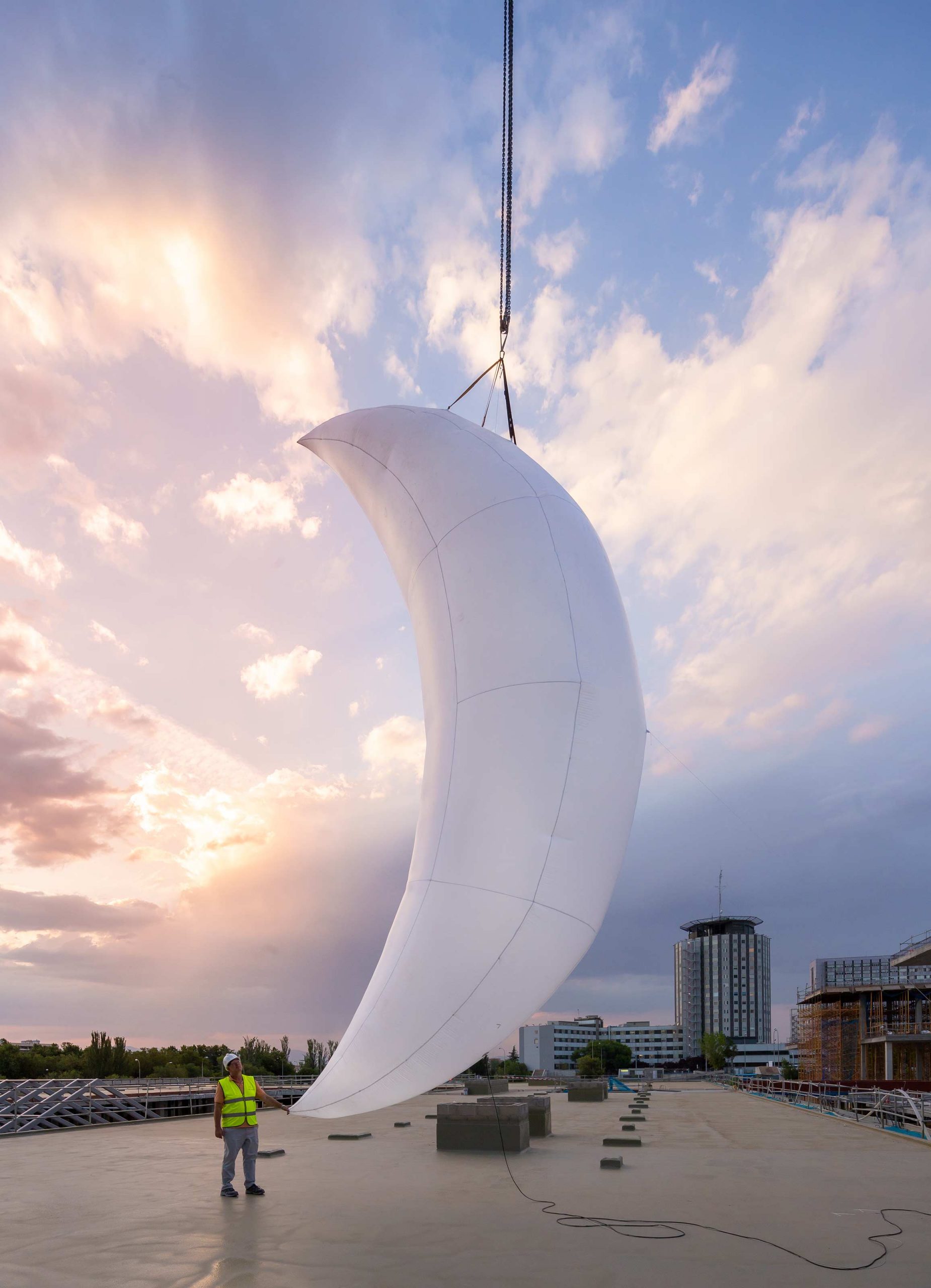 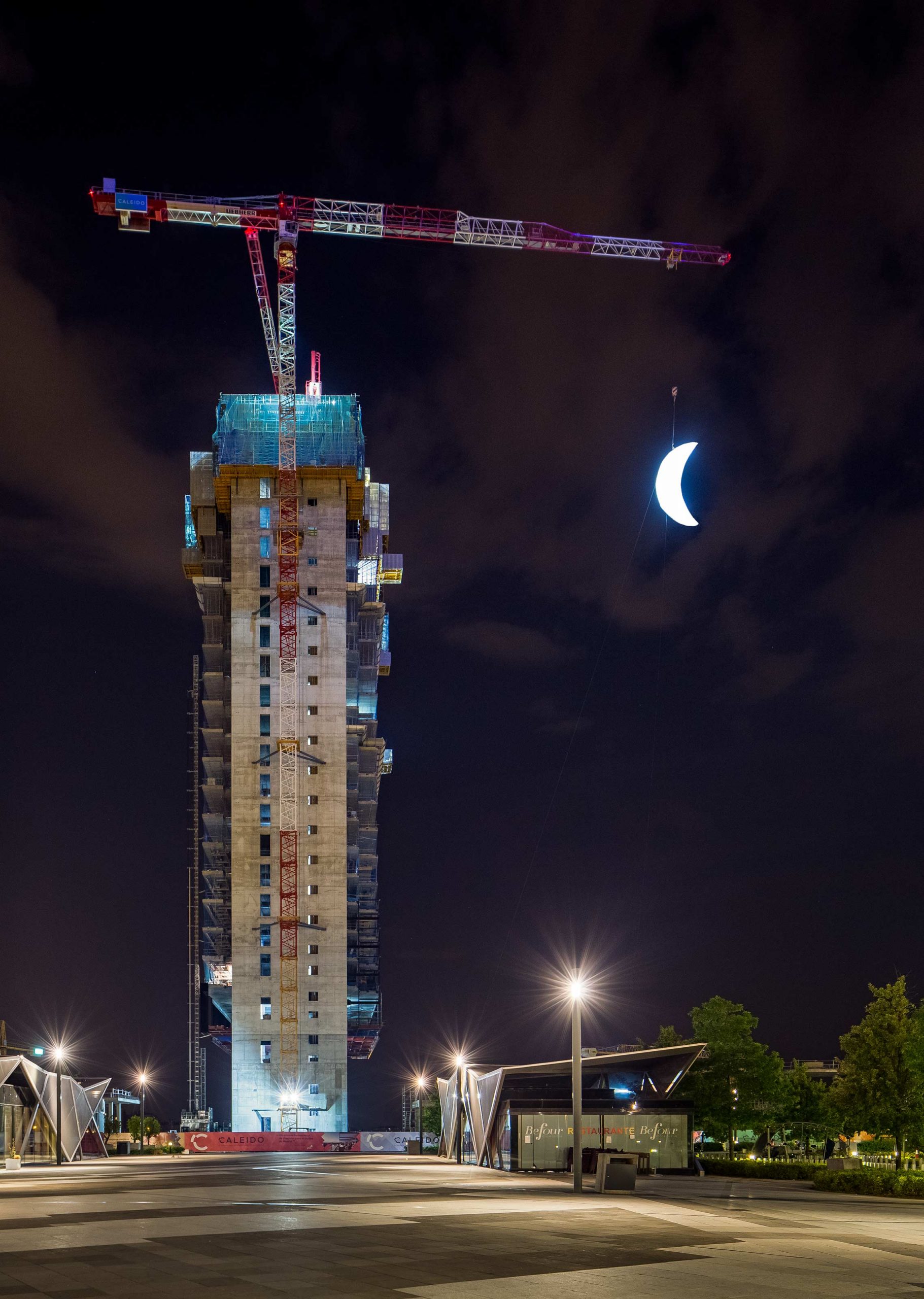 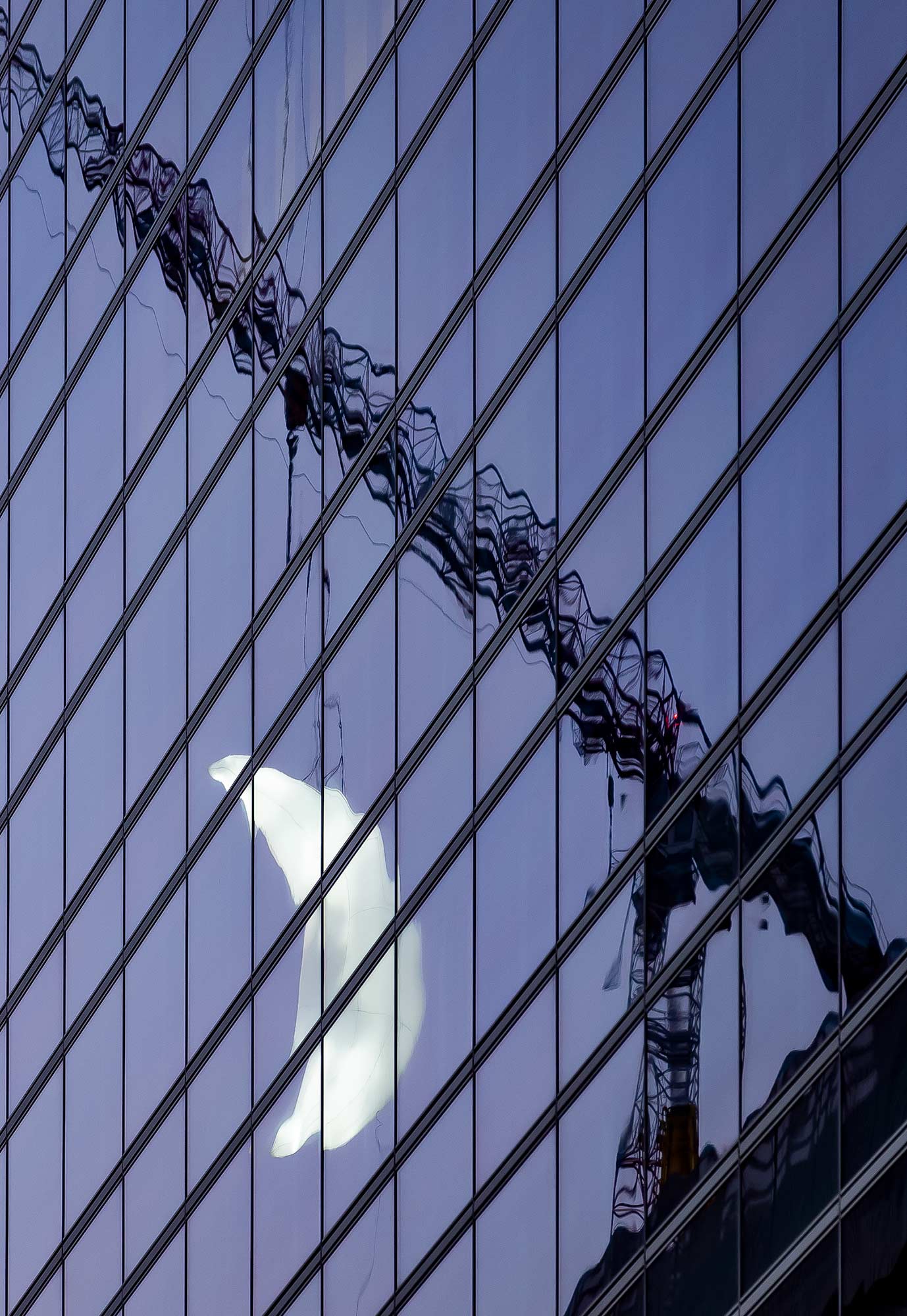 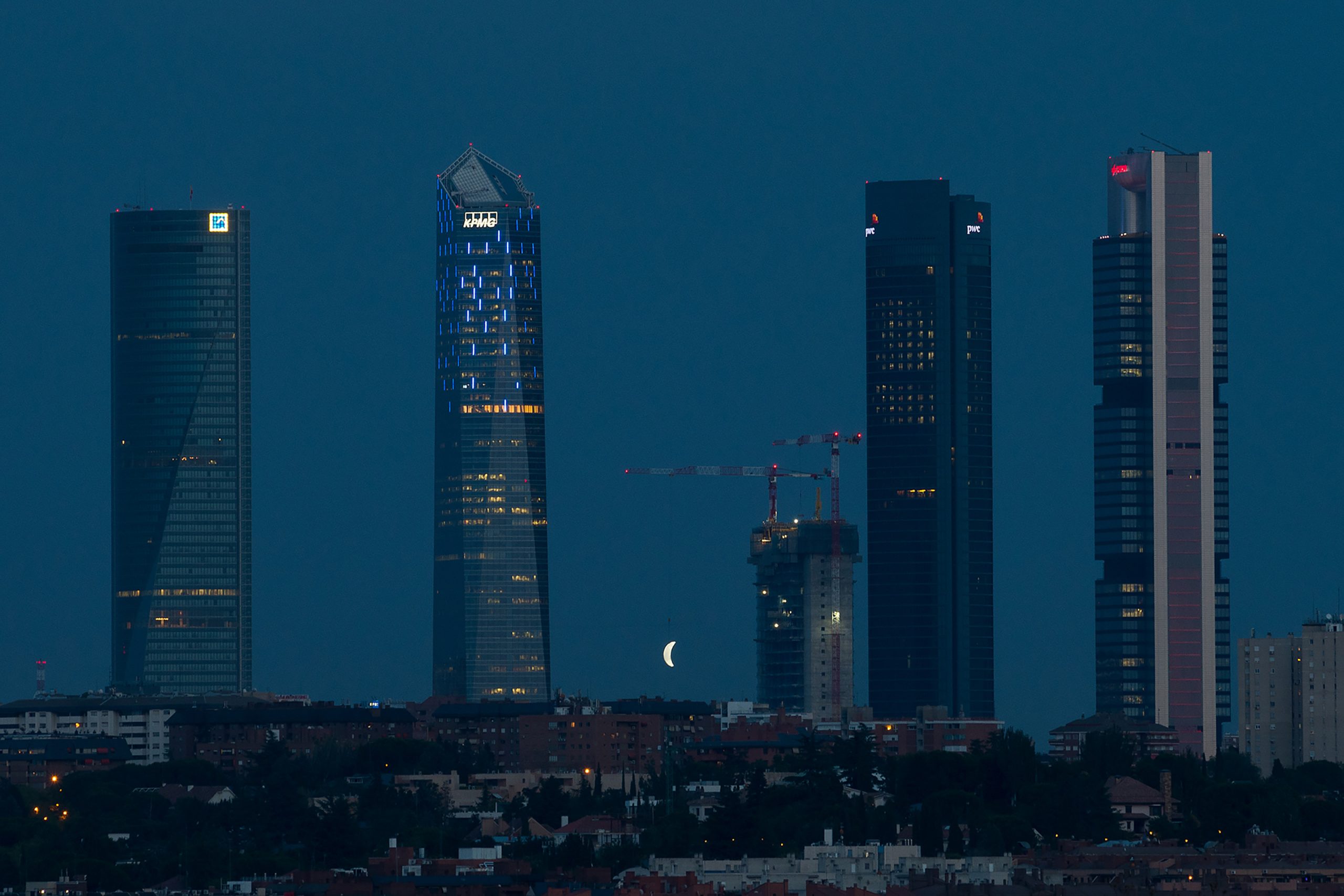 The project idea is simple and recognisable. It consists of the reproduction of a first-quarter moon installed on one of the construction cranes of the fifth tower of the Caleido complex, in the north of Madrid.

SpY’s proposal has been designed for Madrid locals as well as visitors of all ages who will be able to enjoy the work in a playful and direct manner, a milestone thus being created as well as a memorable experience through the gentle transformation of urban space.

The dates of the intervention coincide with 20th July 1969, a historic moment for mankind: when man first set foot on the moon. As the 50th anniversary of this milestone, the proposal commemorates this unforgettable moment with an intervention emulating a moon suspended from cranes under construction.

Given the size of the cranes and buildings, the challenge posed was to create a moon large enough to stand out against the 4 towers and which could be seen from different parts of the city.
BBC news covered the event.

The solution was to make an inflatable nylon moon with double stitching. It is kept inflated thanks to electric motors constantly pumping air inside and is illuminated using a high intensity LED system.

You will be able to see this 9 metre-long moon created by SpY in Madrid on the evening of 20th July, thus coinciding with the anniversary of man’s landing on the moon. The aim of this proposal is to get passers-by involved in their city. Artistic representations like these make citizens artists, and artists citizens. They stimulate surprise, encounter, reflection; in short, they make art public for the benefit of all.