Love Above All Else - CODAworx 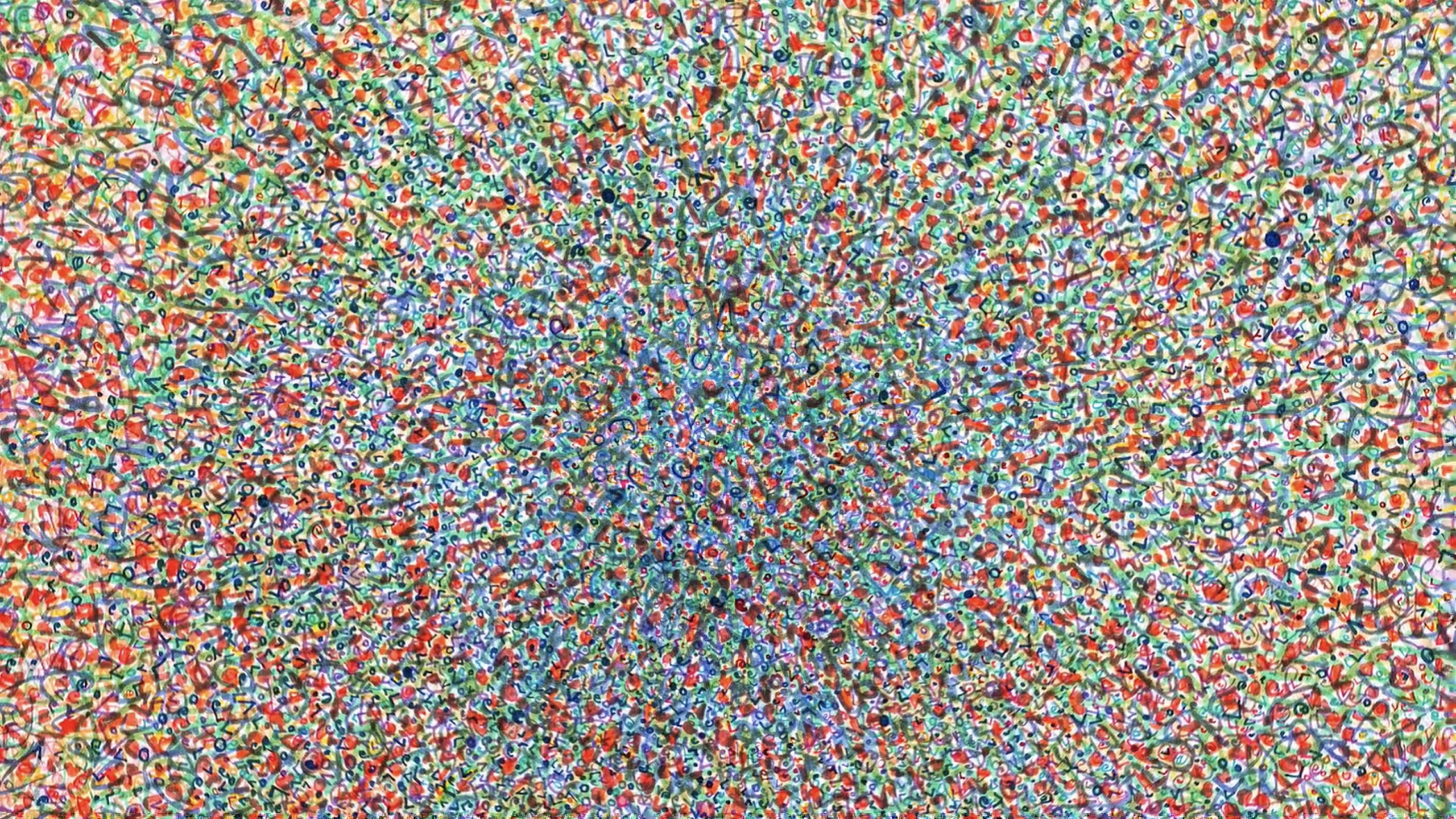 The Love Above All Else video is a projection created from the repeated writing of the word Love (or I love you), drawn both handed for brain balancing. Beneath the images is an under layer of love’s opposite in the form of fourteen photographs combined that symbolize war, racism, poverty, disease, terrorism, global warming, mass shootings, ethnic cleansing, refugees displaced, hurricanes, fires, religious conflicts, family separations, and famine. Together these constitute one disruptive, apocalyptic image that has been lightened to be barely visible, as if the totality of all human suffering is disappearing.

Conceptually, the lightening of the image that is almost invisible underneath represents the power of love to transmute all that negativity. The Love Above All Else projection symbolically represents the vibration of love triumphant over Earth’s current malaise.

The video is based on the “Love’s Letters” Series which are one-of-a-kind photo based images created by the repeated writing of “Love” or “iLoveyou”. Those images were combined and animated by FlickerLab Studios to produce the final video.

It was shown in September, 2019 at the Museo Marino Marini as part of the FirenzeSuonaContemporanea, a music and arts festival in Florence, Italy.