Lost Airmen Of The Empire - CODAworx 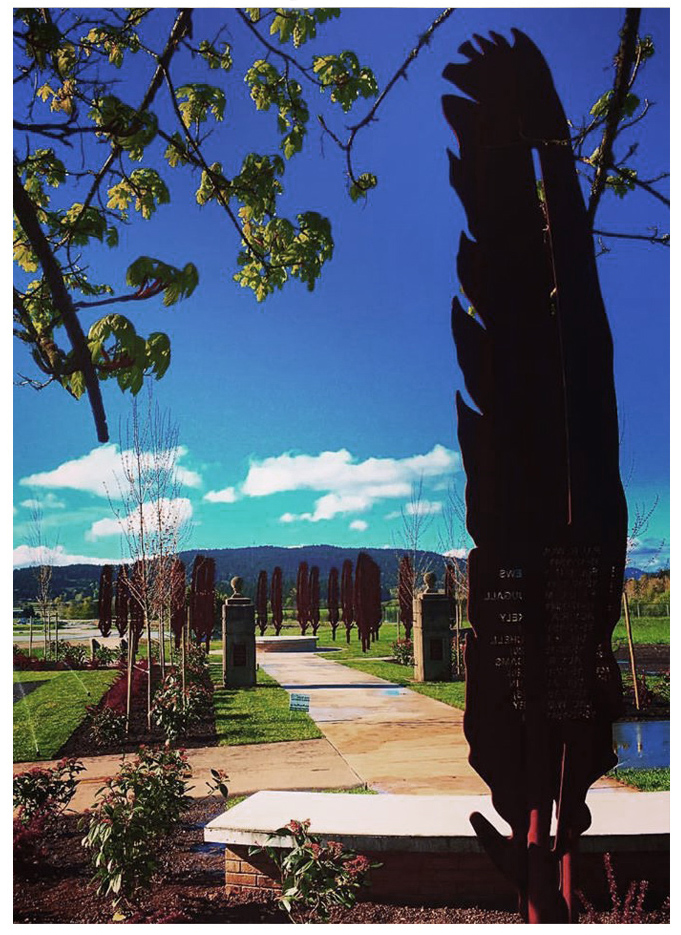 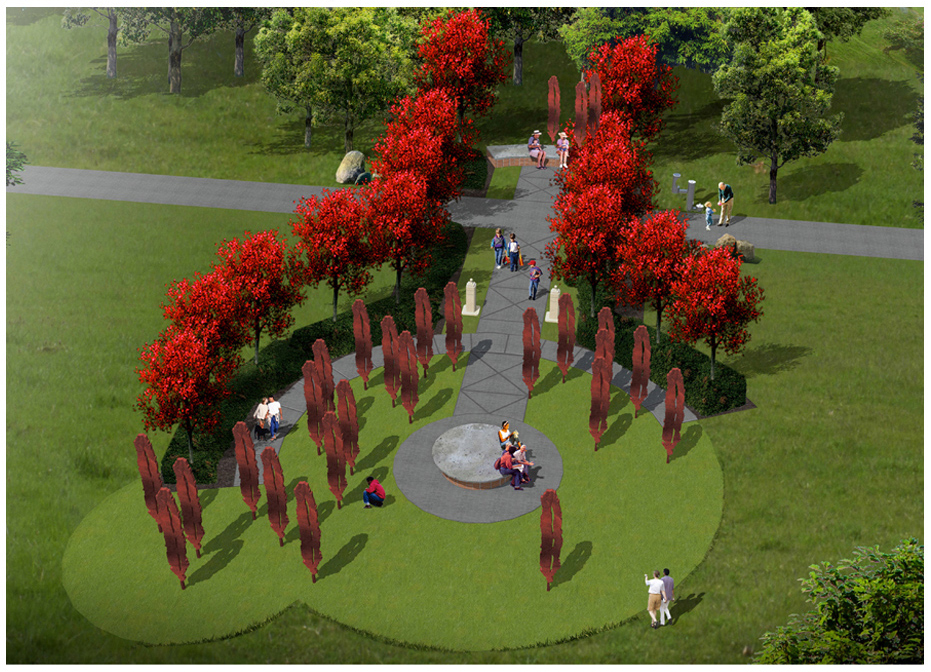 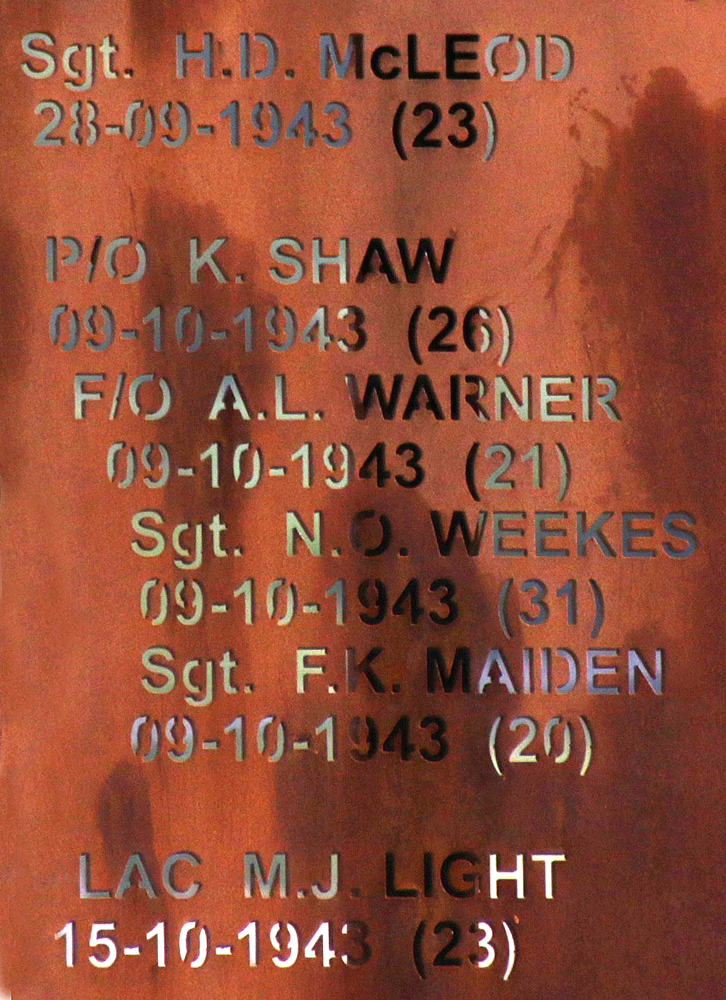 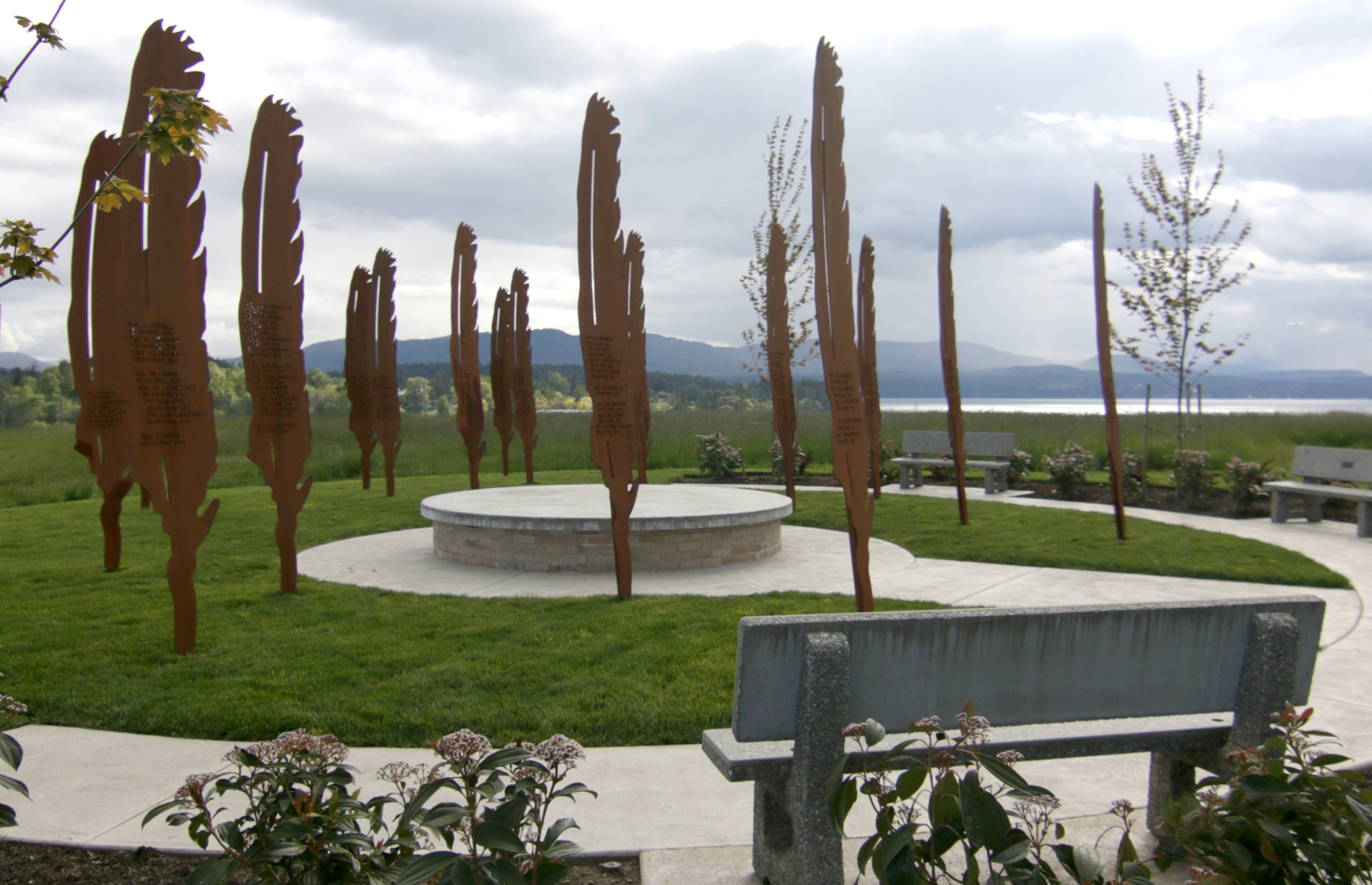 Lost Airmen of the Empire is a World War Two Memorial paying tribute to the Empire’s young men and women who sacrificed their lives for our country. The memorial is made of 25 Corten Steel Feathers each standing 14 feet high. It is set on a landscaped site framed by an allée of Canadian Maple Trees. The memorials central Axis is a formal walkway with two seating area one of which is a memory capsule containing community artifacts. The site a popular plane spotting location is known as “Hospital Hill” which was the site of the original wartime Base Infirmary.

The Victoria International Airport stands on the original World War Two Canadian Airbase “Air Station Patricia Bay”. The vision of the Victoria Airport Authority, The British Columbia Aviation Museum and 443 Squadron was to develop and create a monument to the 179 men and women who perished here while training to be active duty air crew for the various theatres of war.

The vision of the memorial working group was to develop a contemporary artwork that memorialized the national sacrifice of the Commonwealth’s brave air crews while reinforcing the site’s historic context alongside an operational international airport.

Hospital Hill the site of the original Base Hospital has evolved into a popular recreational area with commanding views. It is an established plane spotting location where local enthusiasts and service families watch the deployment and home bound flights.

The design challenge was to combine the site physicality’s, the memorial context and the established community use together to create a relevant, meaningful and pragmatic union. The formal layout respects the military culture while also providing seating and a space for gathering and viewing. This work creates a strong link with the Airport’s perimeter cycling trail “The Flight Path”.

The Lost Airmen of the Empire was a collective success driven by the passion and dedication of members of the Victoria Airport Authority, The British Columbia Aviation Museum and 443 Squadron. This collaborative group was dedicated to honouring the memory of the young men and woman who sacrificed their lives for Canada. The success of this project hinged on the inclusion of salient historic facts which reinforced the cultural history fabric of the local post-colonial community. Acknowledging the complex layers of history helped to create a strong collaborative bond for this group. Their collective passion and knowledge of the time, events and people informed the nuanced narrative which informed the artistic response of the final work. Upon completion of the conceptual design I worked with the engineer to refine the concept. We created a logical elegant design while complying with the physical realities of engineering. During the creative process my design team engaged with the fabricators to ensure our ideas were realistic. Once the engineering of the pieces was resolved the component parts were created and then assembled at the studio. After fabrication the feathers were sandblasted and installed to allow for the even oxidation of their surfaces in situ.

Victoria International Airport was originally the World War Two Air Station Patricia Bay where 177 personnel lost their lives and air crews were interred together at the location of their respective crash sites reflecting the pragmatic reality of war. The sculpture inspired by the Coopers Hawk Flight Feathers is fabricated out of Corten Steel creating an allegorical narrative depicting the airborne warrior’s spirit of our nation’s fighting men. The fallen airmen’s names are cut into the steel feathers and are arranged in a military matrix with some removed representing the randomness and divergent accident locations over South Vancouver Island.