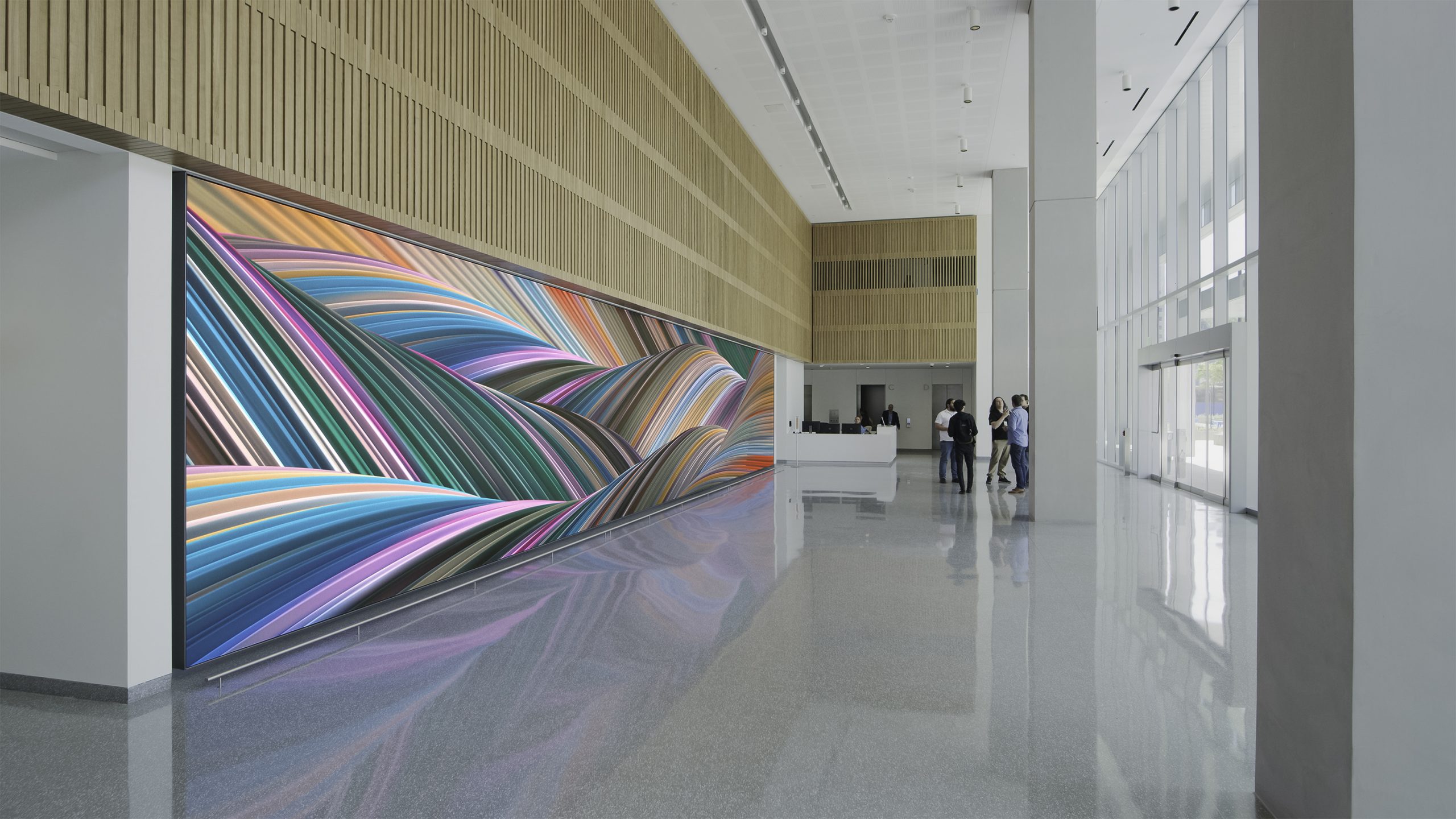 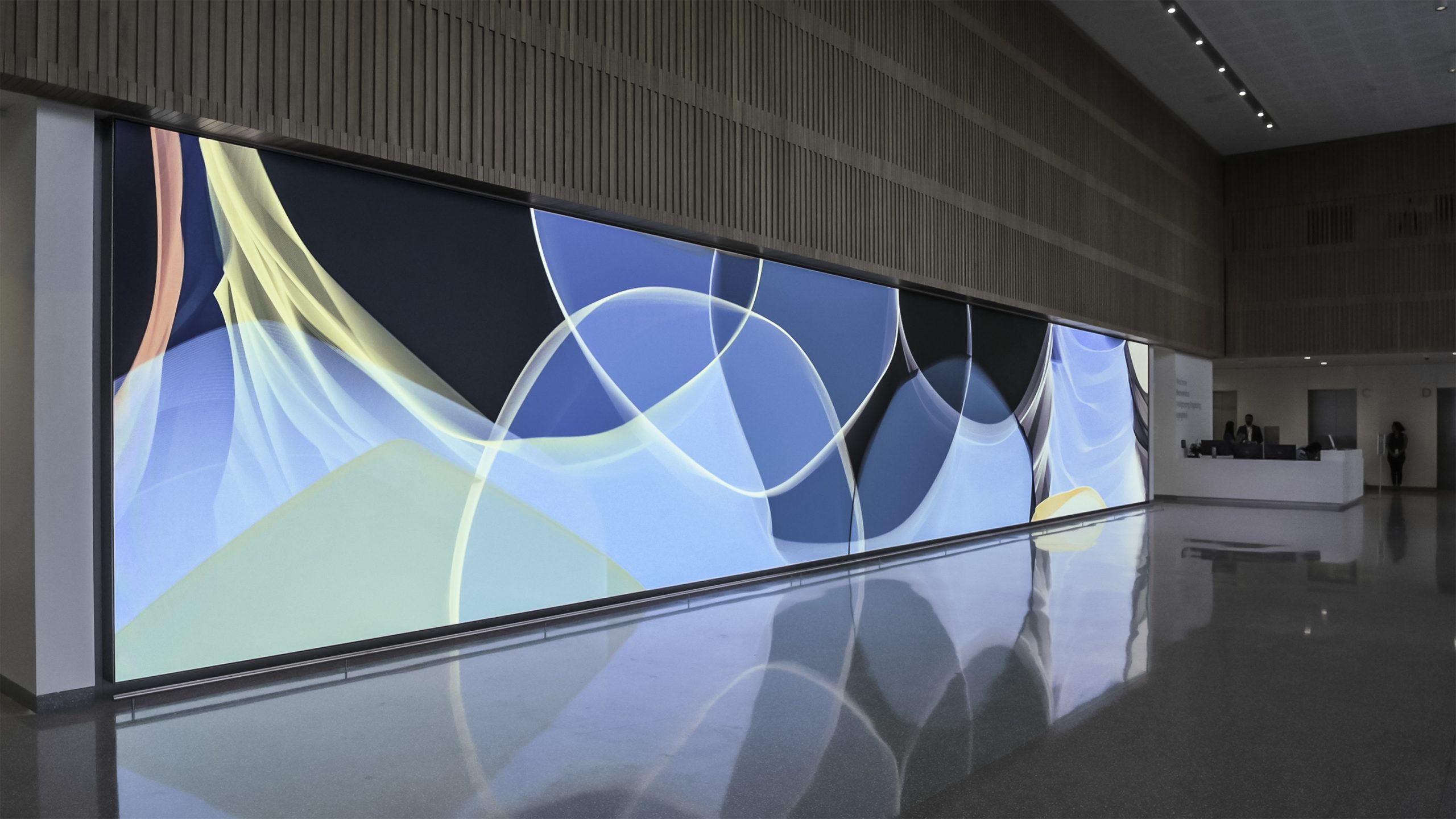 The Long Beach City Hall video wall installation is a unique addition to the city’s newly designed government building, spanning across the entire lobby and showcasing custom 8k visuals curated and produced in-house by StandardVision that draw on the city’s cultural, geographic, and historical heritage.

The goal of the installation was part of a larger cultural revitalization of the city of Long Beach while also transforming the expectation of visiting a government facility into a positive cultural and emotional experience. The overall artistic vision for the project was to elevate people’s appreciation of place by highlighting the city’s heritage and combining that with high end immersive visuals that establish a tranquil and pleasing environment throughout this newly appointed landmark.