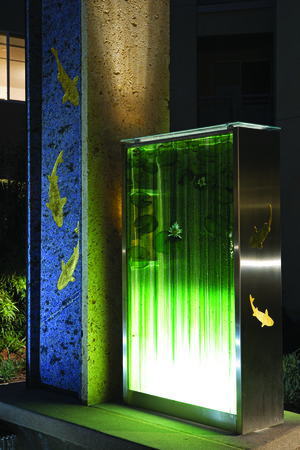 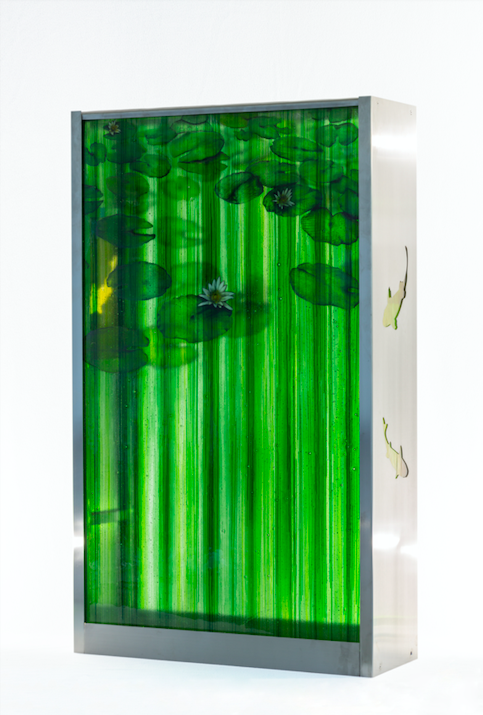 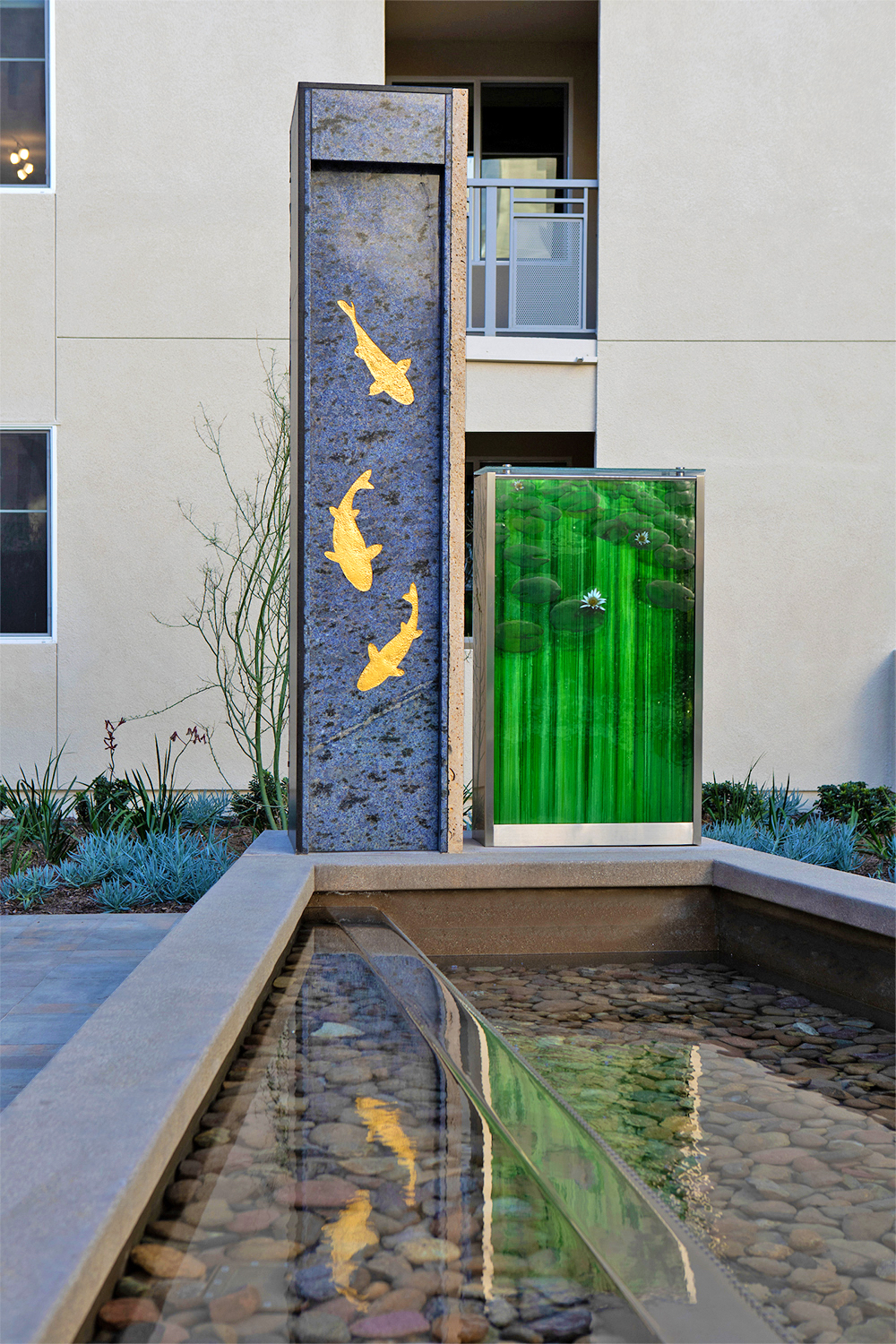 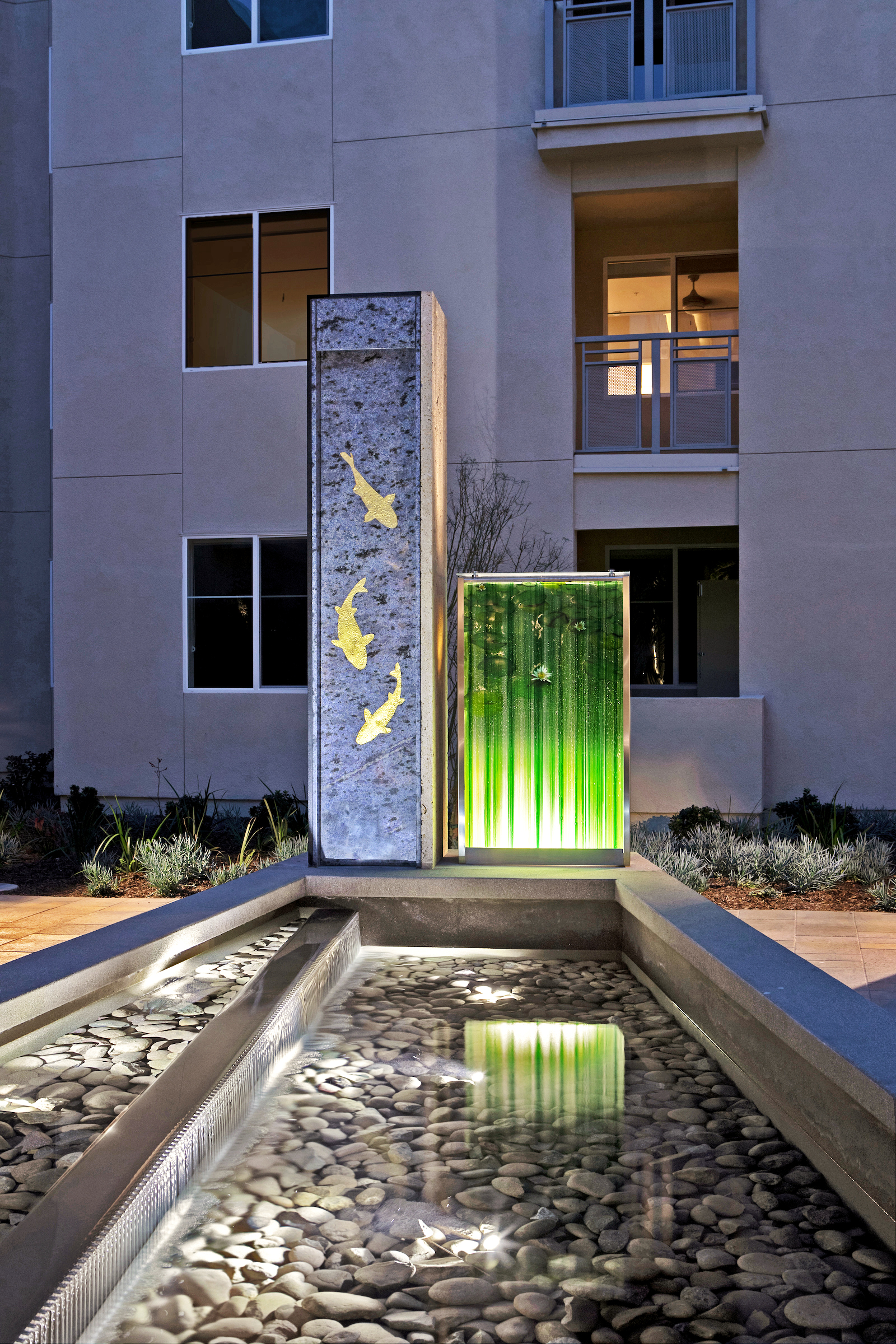 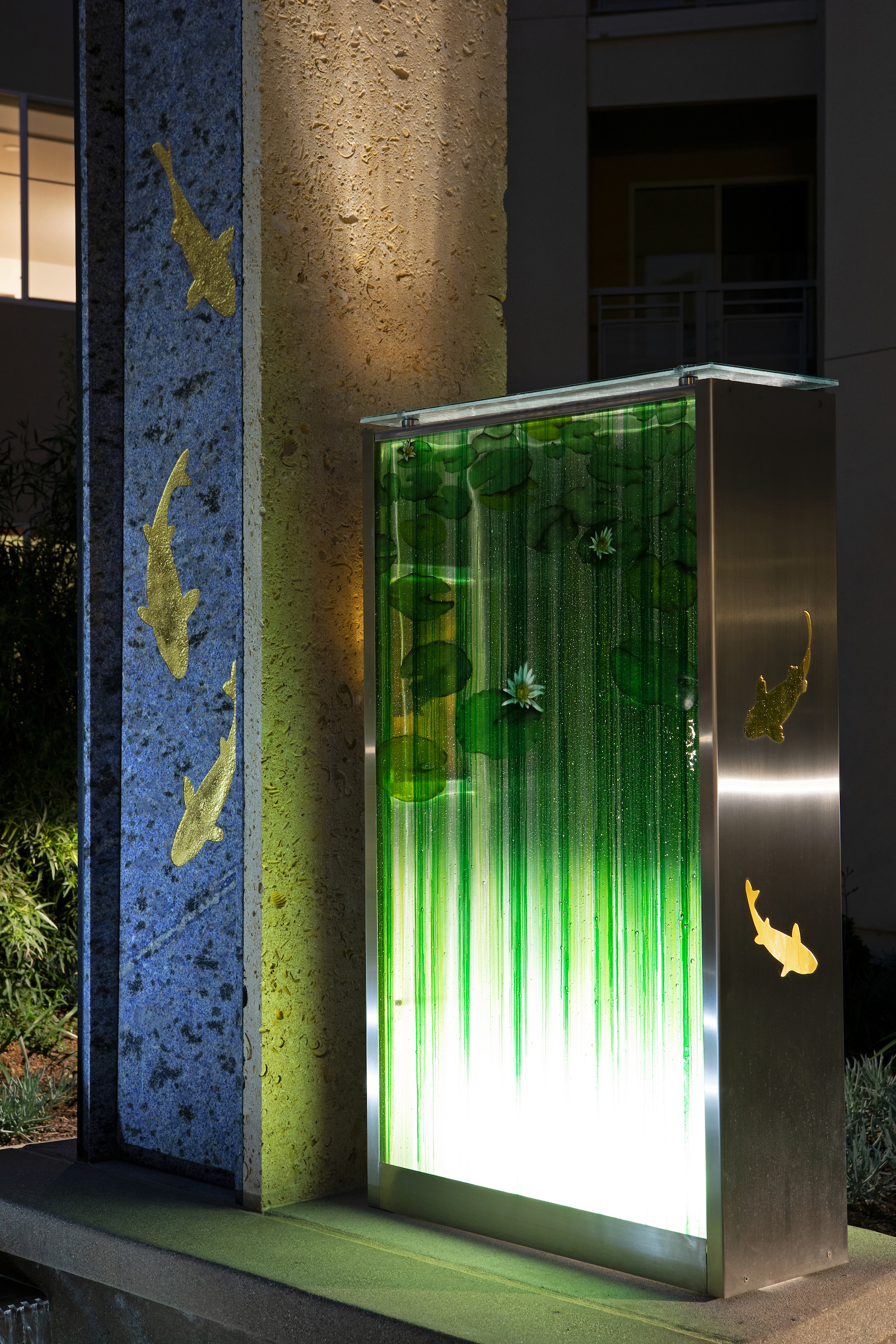 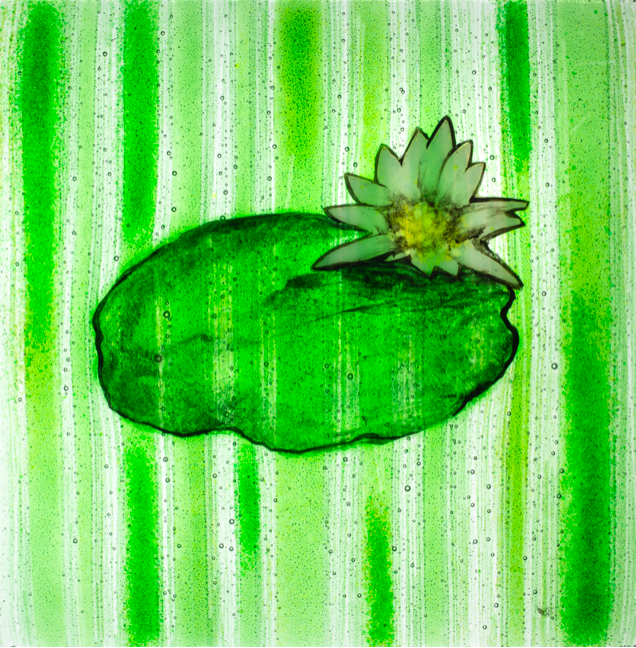 Judson Studios collaborated with artist Michael Davis on a public art commission for an outdoor courtyard in Huntington Beach, CA. Michael Davis designed the work considering that it is an sculpture integrated into a fountain, thus the artwork directly references its environment and the history of Japanese agriculture in the area. The piece consist of two 50″ x 29″ laminated fused glass panels with a custom built aluminum light box. One of our expert painters further defined the flowers and lily pads using traditional glass painting methods. Finally, the studio installed the frame and laminated panels to complete the feature.

Michael Davis’s commissioned artwork imbued the space with a sense of the area’s history, creating a serene public outdoor space. The lighting design illuminates the glass work and aluminum frame; an intentional choice to illuminate the material and bring out its atmospheric qualities. It was important that the work maintain Michael’s design, which held the significance of the space, while also fabricating something that would lend itself to the fountain’s structure. Both parties came to the decision that laminating the panels made the most sense because the work is exposed to elements and is set in a public space. Lamination tempers the glass with an extra layer of float glass, eliminating the possibility for shattering into tiny dangerous shards. Judson Studios aided Davis in realizing his design in fused glass, successfully and safely installing the project.

Michael Davis provided Judson Studios with his design for the project and our artists found the method of production that would best fit the commission. The fabrication process began with fusing the green background and attaching the cut glass floral elements. Davis visited the studio throughout production to provide input on the appearance of the work. Sheets of orange glass were sourced for the side and a fused glass top was approved and attached to the top of the frame. The artist described the hardware he envisioned for the frame for installation, which Judson Studios then sourced and attached. Installation was then coordinated once the site was ready and Judson’s onsite team completed the commission.