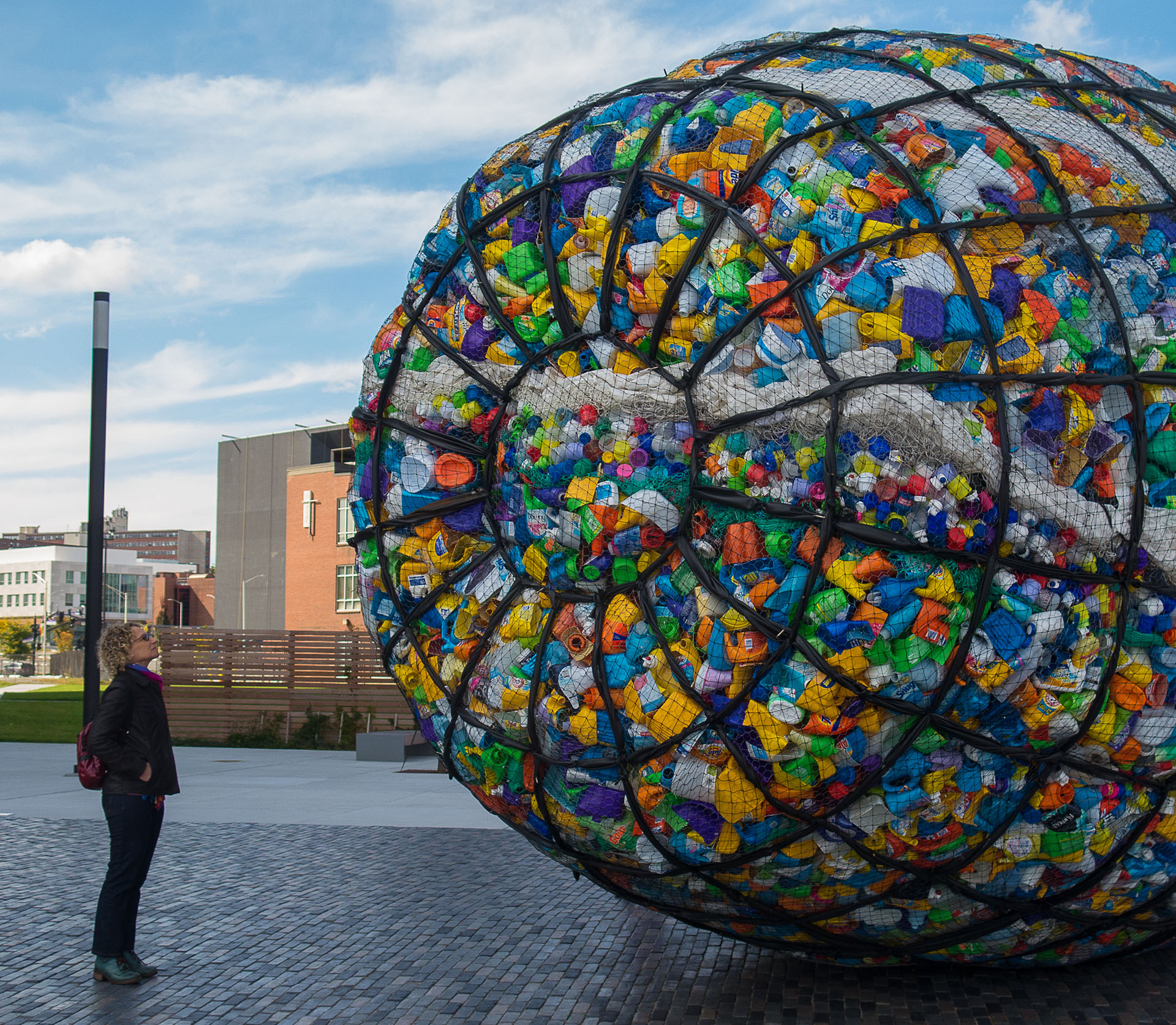 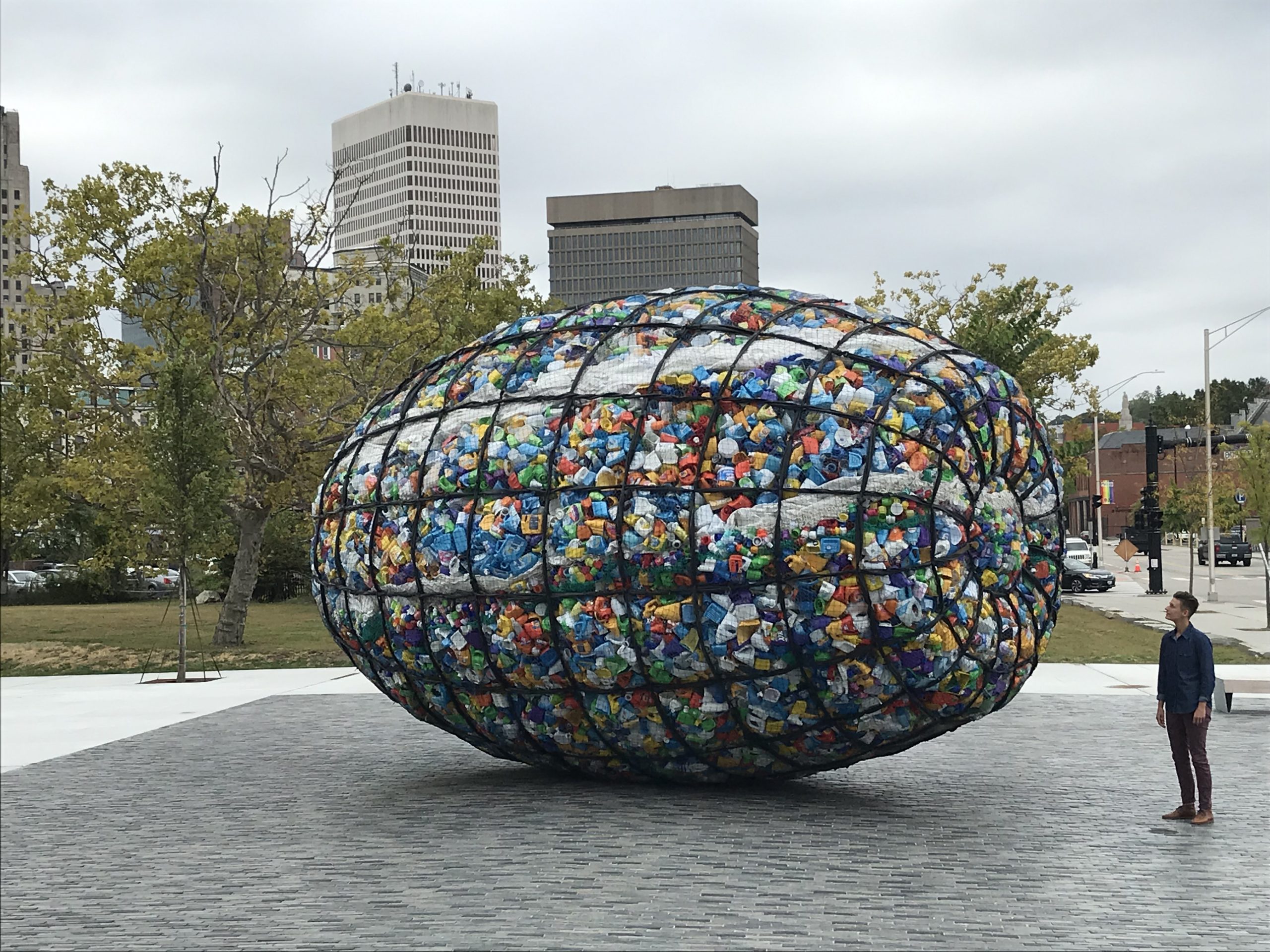 Largely a community effort, “Buoy” was sponsored and administered by The Avenue Concept in Providence, Rhode Island. They requested I create a piece made out of plastic recyclables, something I had done several times before, and they would engage the local community in finding, cleaning, cutting and storing the materials. A couple of volunteers ran the collection aspect of the project, and after a year they had accumulated enough materials.

The actual piece was then built with the help of 5 paid professional carpenters, the frame being fabricated in a shop and the entire thing assembled on site in downtown Providence.

The sponsor was experienced at commissioning murals and ready made sculpture, but had no experience with temporary site-built work. They found a real estate developer who wanted this sort of thing on their property. Everyone liked the environmental message. We took it from there.

The Avenue Concept came to my upstate NY studio for an interview, and to make a short film. I believe they then used that to help organize the volunteers who would find and treat the materials. A good carpenter was hired to build the frame - according to my drawings - in the shop. On site, we had both volunteers and paid workers. It is a complicated process. For example, a local company shrink wrapped the entire framework before the "stuffing" was added. I had never done it this way before and learned something. The crew that I supervised was A+ in every way. It is always better to have a paid crew.