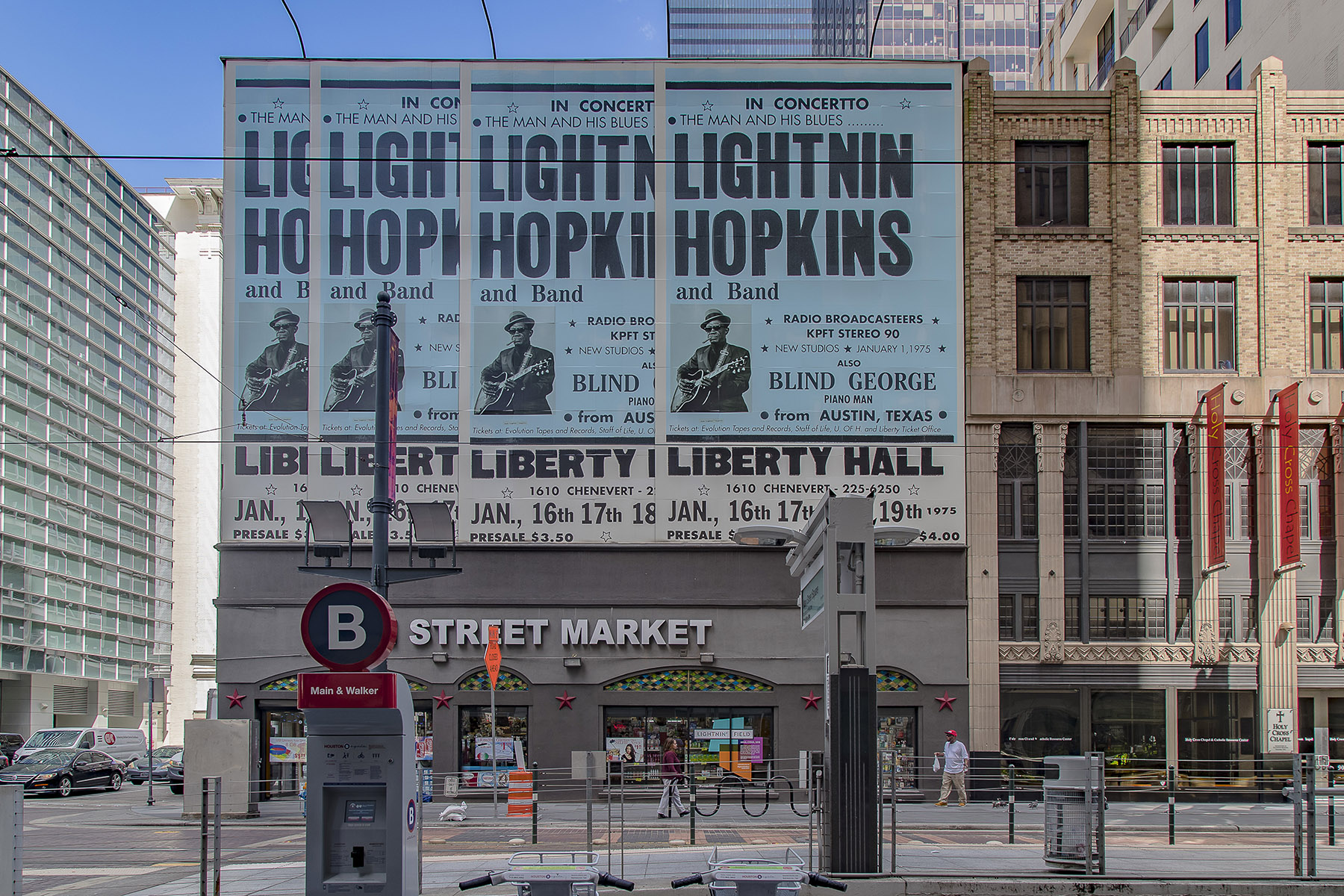 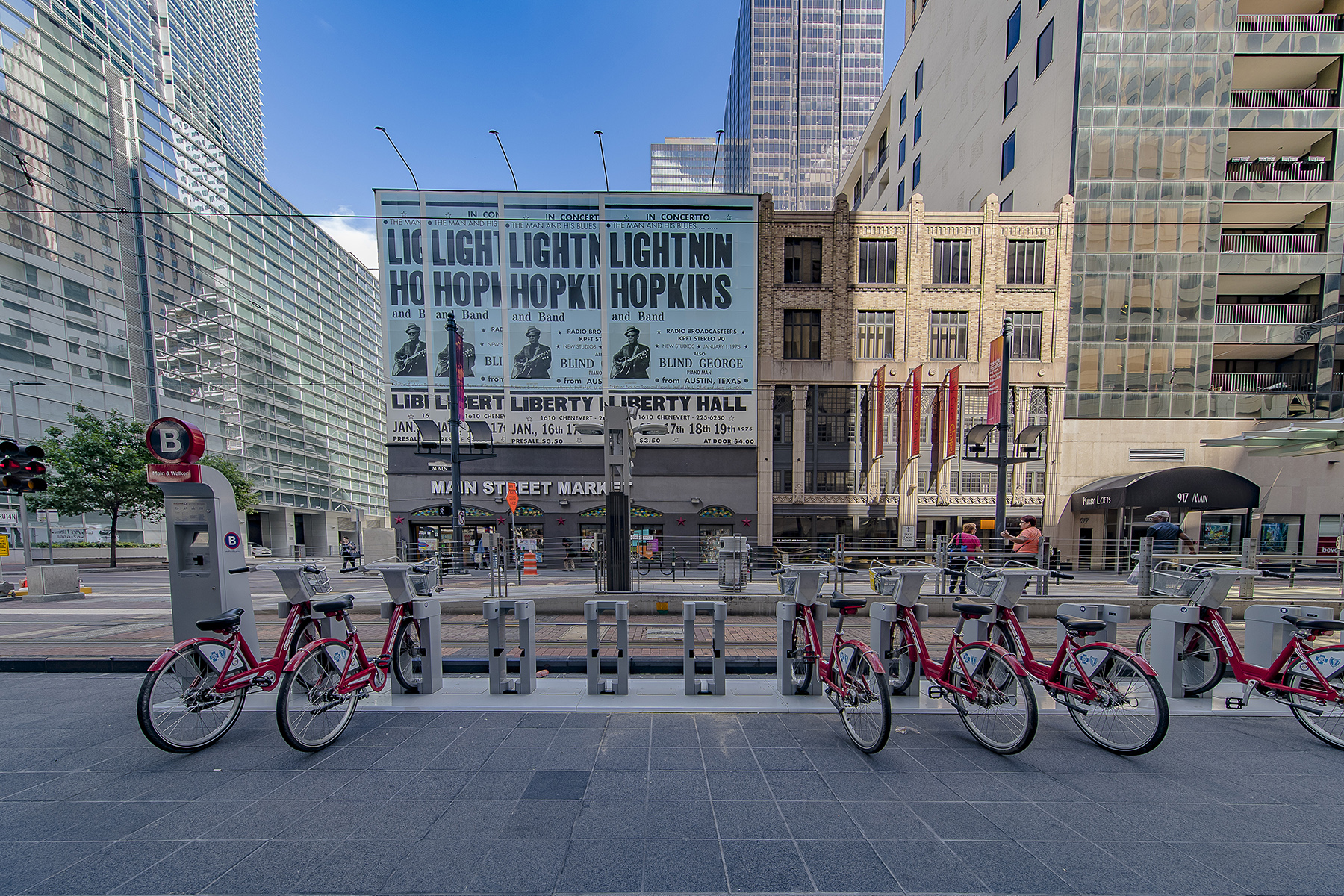 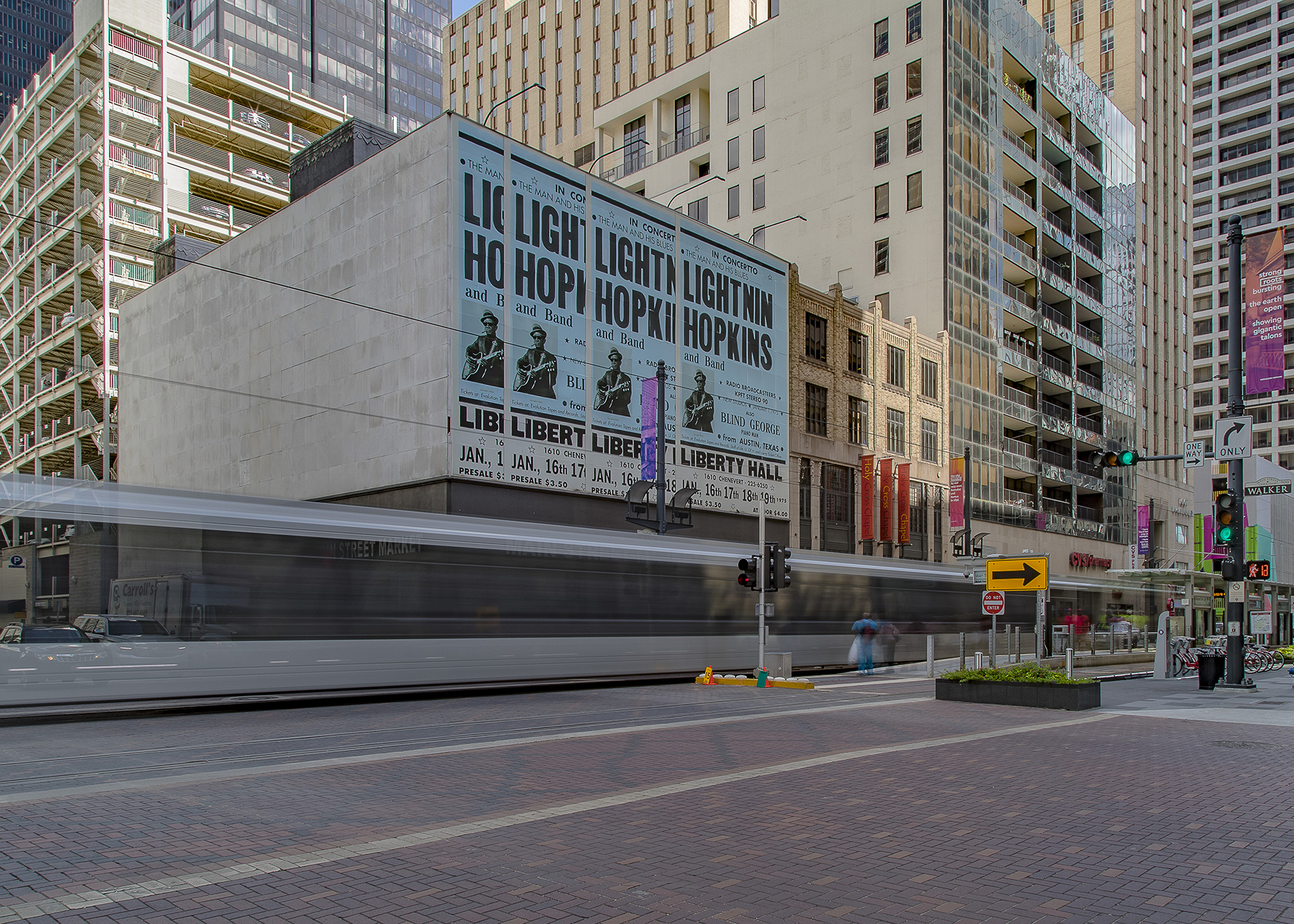 The Main Street Marquee is a rotating art space on the façade of 901 Main Street in Downtown Houston. The goal for the approximately 40 x 60-foot area is to produce accessible public art, while enhancing the vitality of downtown. Lightnin’ Field by Jamal Cyrus is a commemoration to Houston blues musician Lightnin’ Hopkins, as well as to a Houston music venue Liberty Hall that was once located on the edges of Houston’s downtown. The venue made a name for itself by featuring local and nationally known rock and roll and blues acts.

The Main Street Marquee projects were commissioned as a part of Art Blocks, a temporary art initiative designed to coincide with improvements along Main Street. For Houstonians who use light rail, Main Street Square is often the jumping off point for Downtown destinations. Similarly, Houstonians who work Downtown know Main Street Square as a pedestrian plaza, which affords a change of pace and scenery from the office. Thirteen years after its launch, and in advance of high-profile national events taking place in Houston, Main Street Square got a makeover. Landscaping and hardscaping have a new look and a series of temporary art installations pepper the blocks between the 900 and 1100 blocks of Main Street. The key intent of the design was to deliver dynamic and accessible public art, while enhancing the diversity, connectivity and vitality of downtown, and therefore draws viewers and users alike. The designs are printed on large vinyl strips, which are then adhered directly to the façade. The Marquee design rotates every three months.

Close collaboration with the building owners, the City of Houston, and Houston Downtown Management District was essential to the success of this project. The artist provided the design and worked closely with E.H. Teasley Co., located in Dallas, who was responsible for color matching, printing and installing the piece. The artists also collaborated with Weingarten Art Group closely, as well as the client, Houston Downtown Management District.