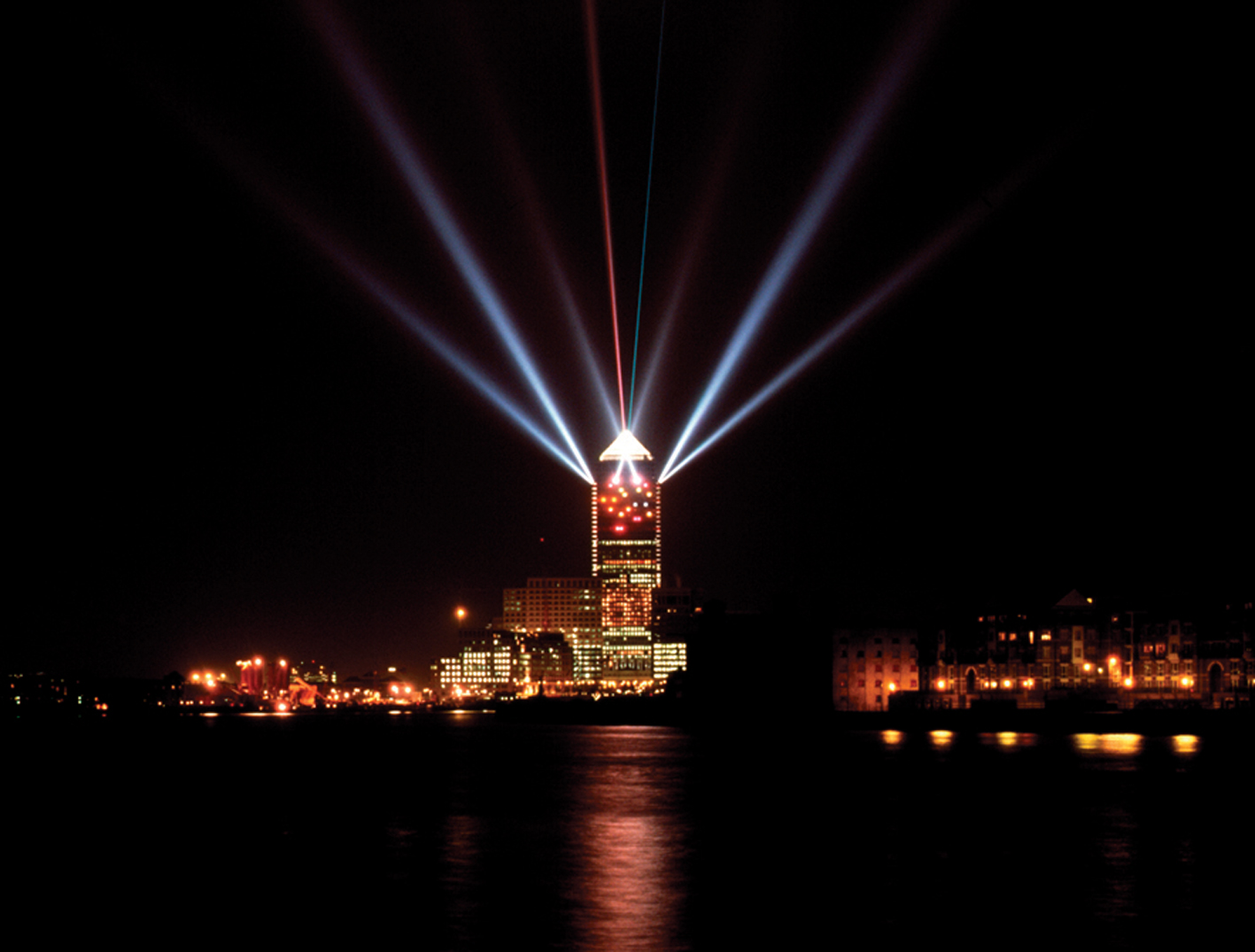 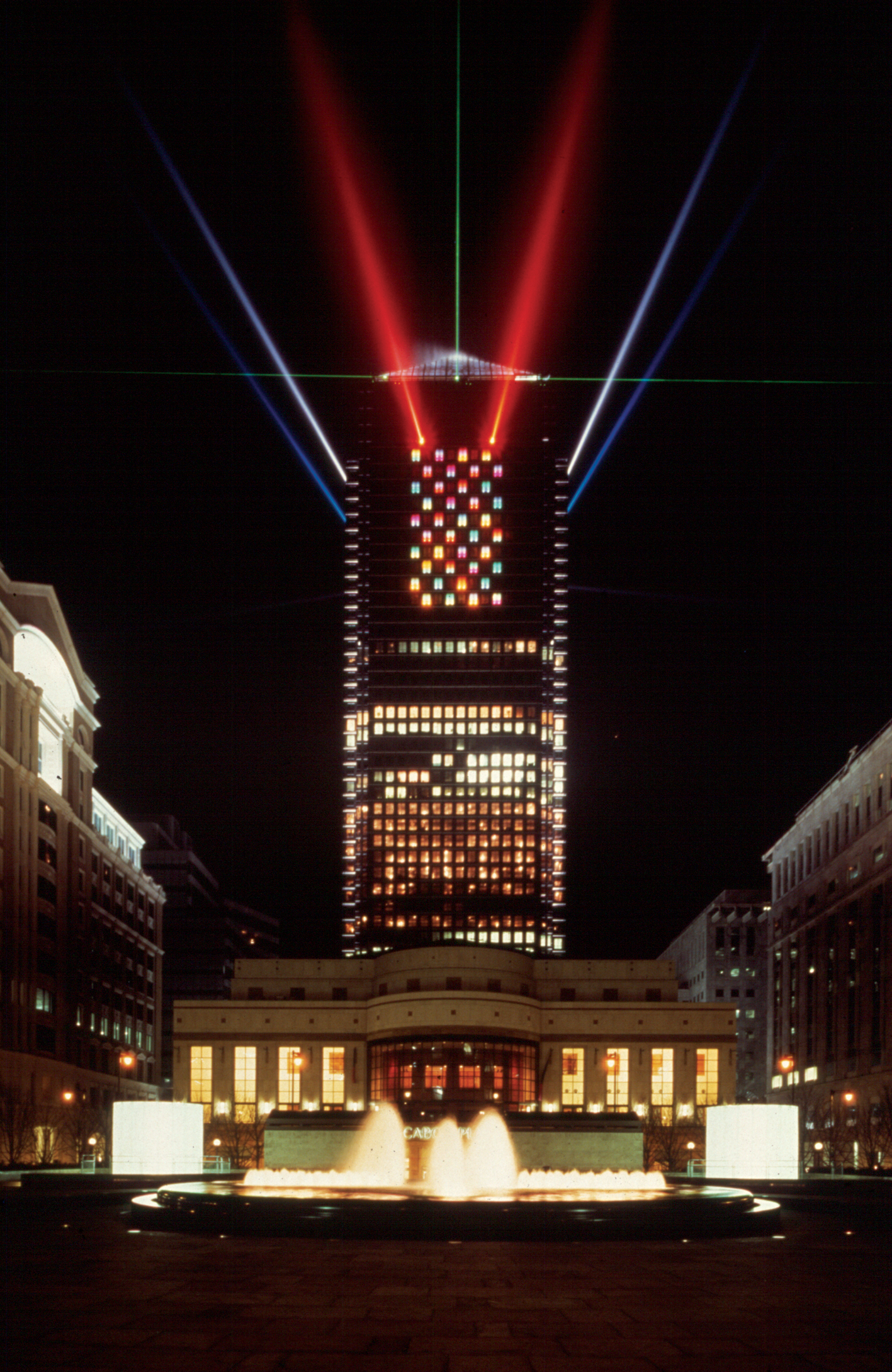 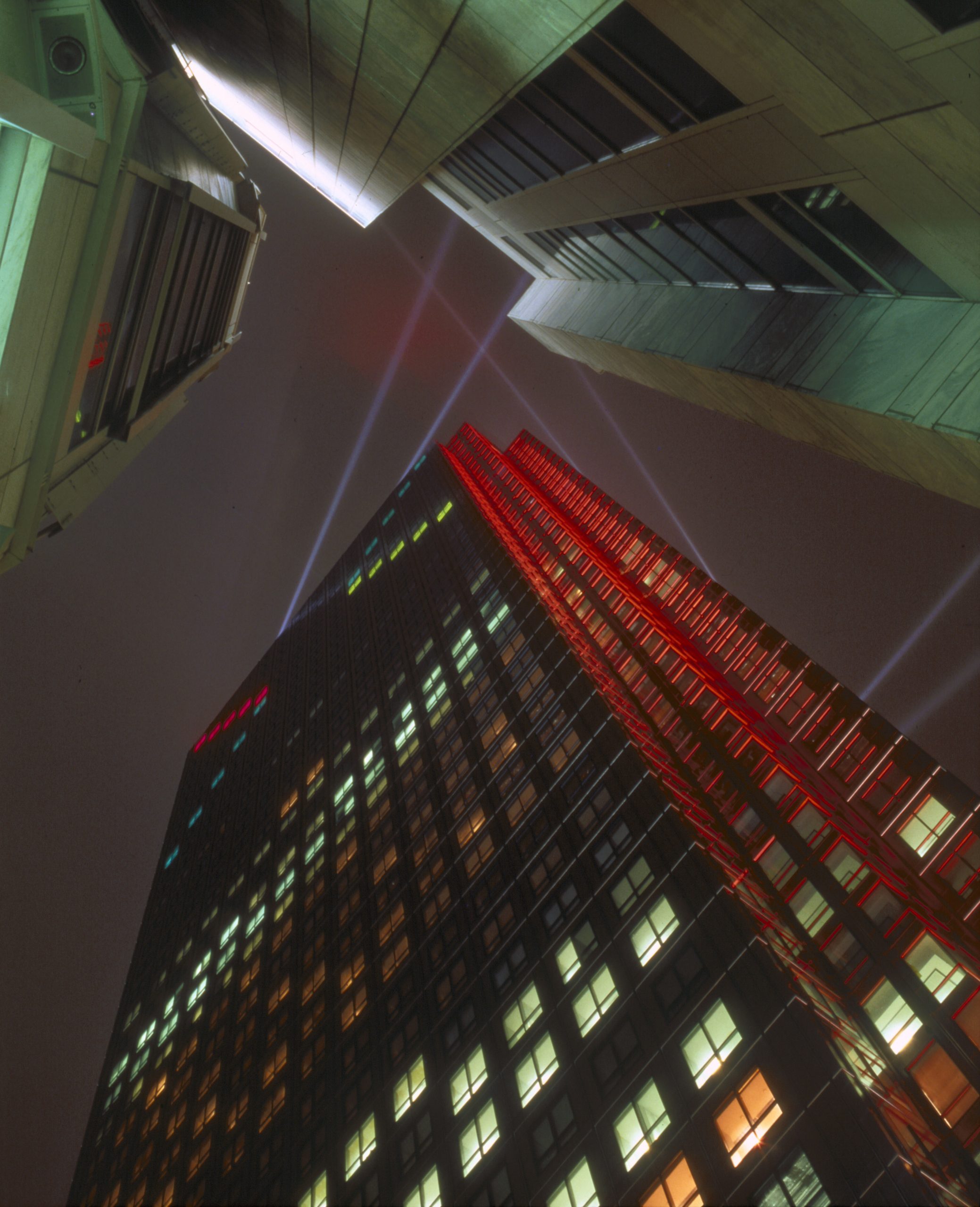 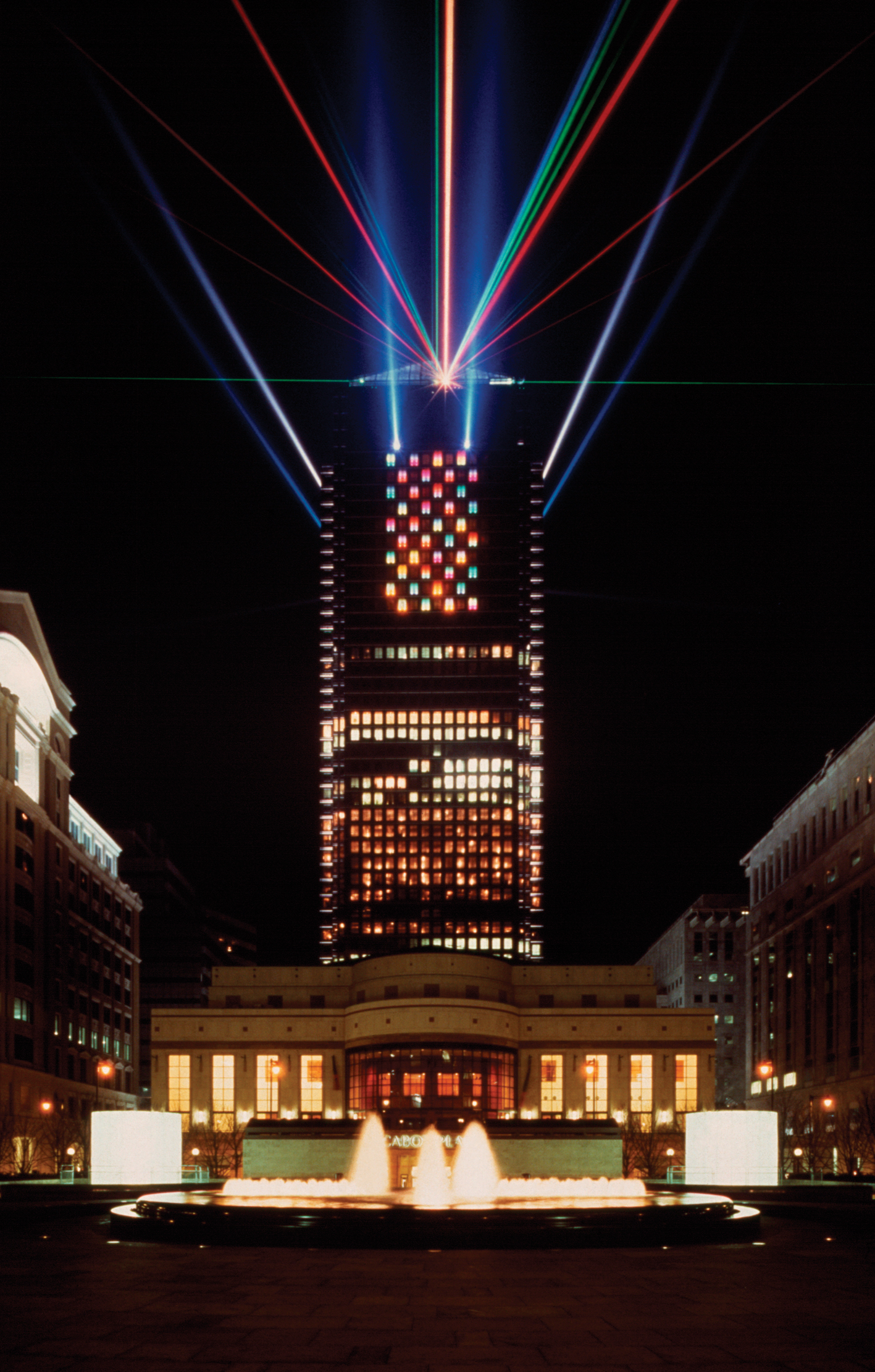 Development of this project used the Canary Wharf skyscraper in London as an easel supporting a huge kinetic light and laser installation seen over 30 miles.

The lighting installation involved the choreographing of 1.5 miles high beams of light above the tower with up to 30 miles long laser beams emanating horizontally. To compliment the monumentality of the searchlights and lasers the four sides of the building were animated by a computerised digitised light display creating changing patterns over a height of twenty floors.
On New Year’s Eve the public spac¬es at Canary Wharf and all the way down river were jammed by hundreds of thousands of people witnessing the monumental digital countdown on the Western face of the tower. The countdown was accompanied by a awesome pyrotechnic display creating a 350m high wall of light and specially commissioned sound piece using maritime fog horns. Acres of newsprint coverage, with world-wide TV audience of multi-millions are testimony to the power of the event.

The project resulted from a collaboration of Peter with another artist Anne Bean.