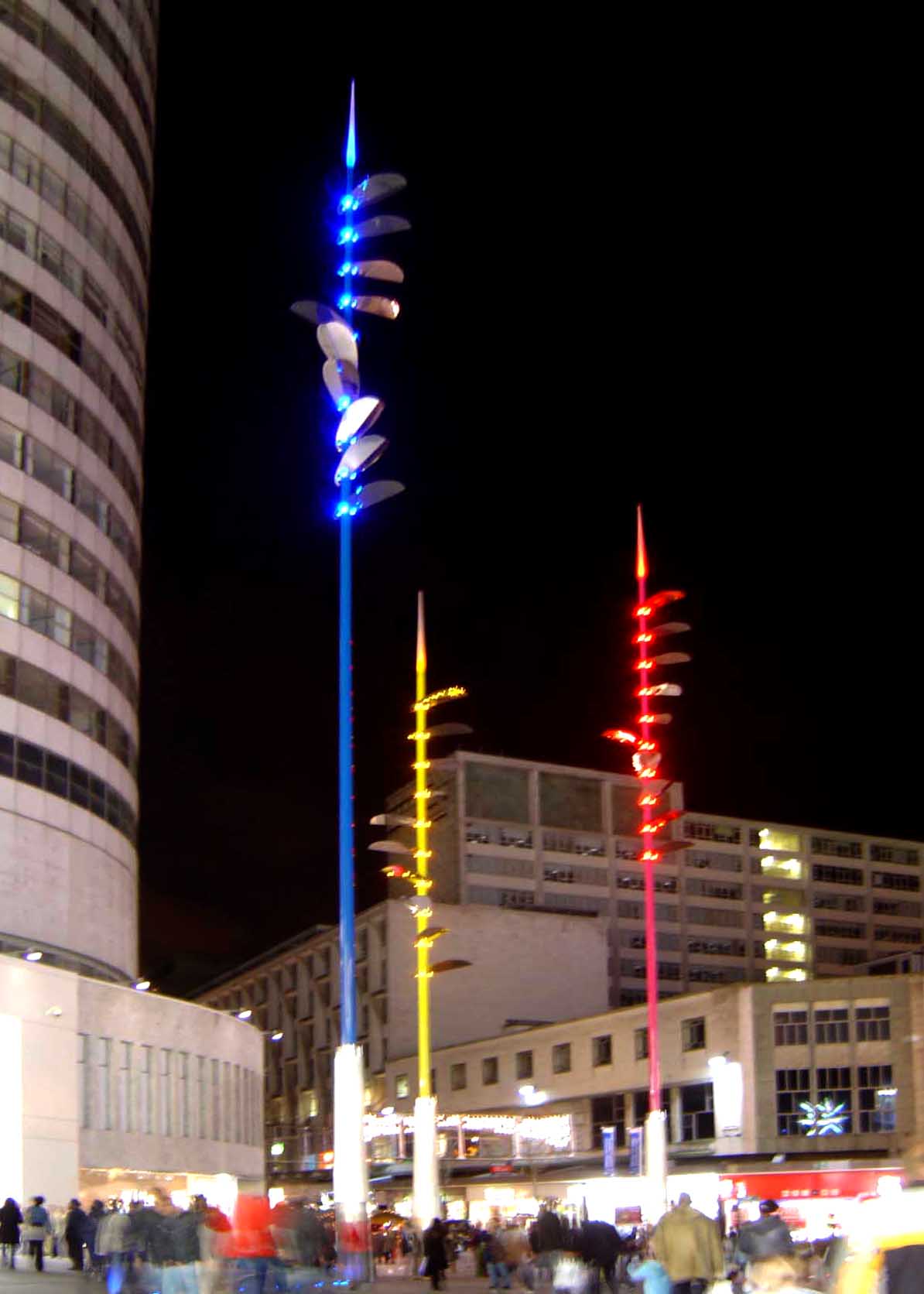 Light Wands are art features of the newly redeveloped Bull Ring Centre Birmingham – one of the largest retail-led urban regeneration project in Europe.

The wands a visual termination point of the strong urban axis between the St. Martins Square and the newly created Rotunda Square. The 30m, 25m and 20m high wands from carbon fibre emphasise the principle connective vista as well as visually terminate the new square. The wands animate the new square and its surroundings with an almost constant wind induced movement emulating the behaviour of trees and plants.
The mirror polished stainless steel leaves form a helical pattern when the mast are still and position themselves onto the leading edge when the masts are swaying. The Light wands are internally illuminated at their base and tip and a matrix of LED light points. The night time presence of the light wands is further emphasised by LED light illumination of the 'tramline strips' of black granite.

The design involved a close collaboration with an engineering practice and ship mast carbon fibre fabricator.