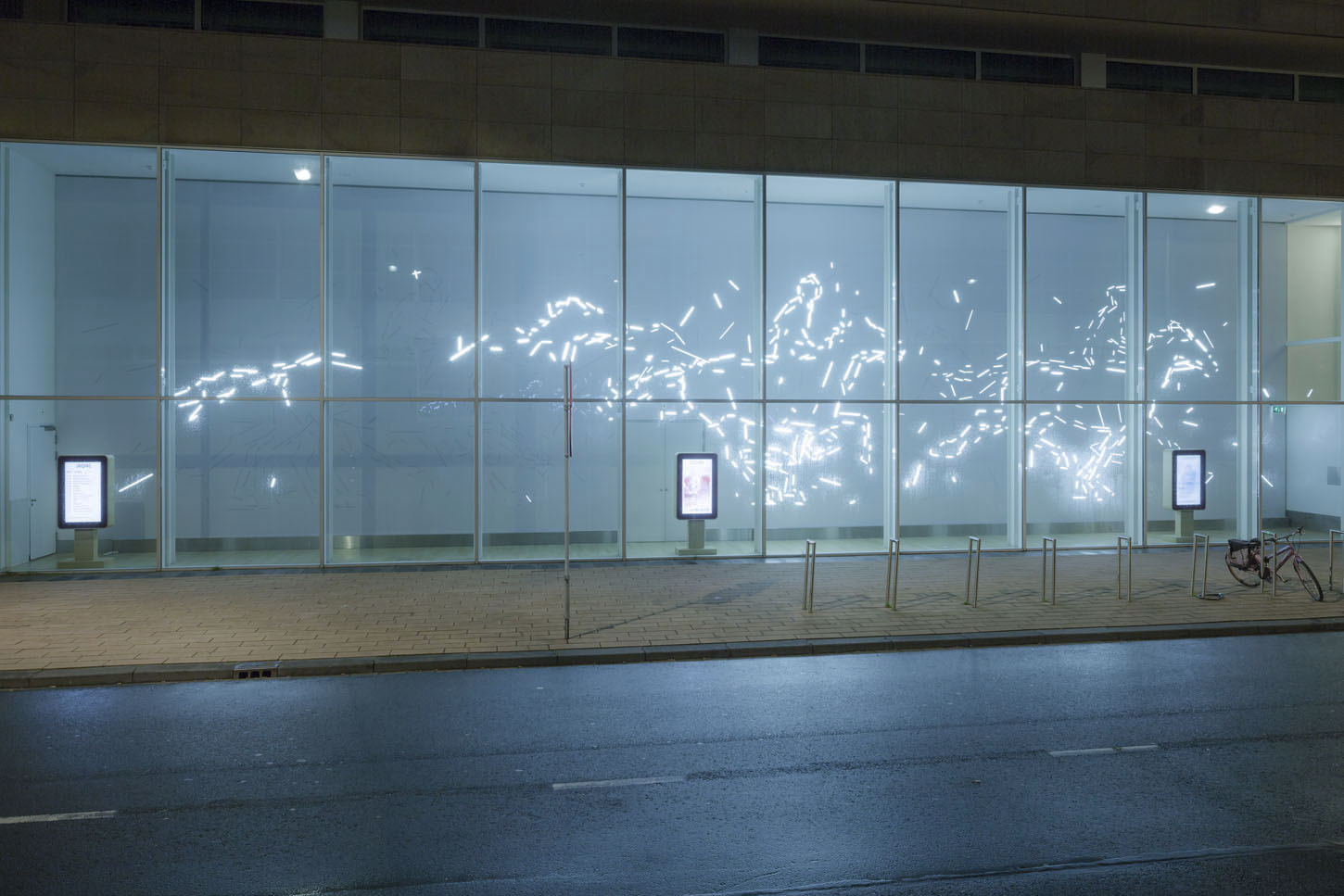 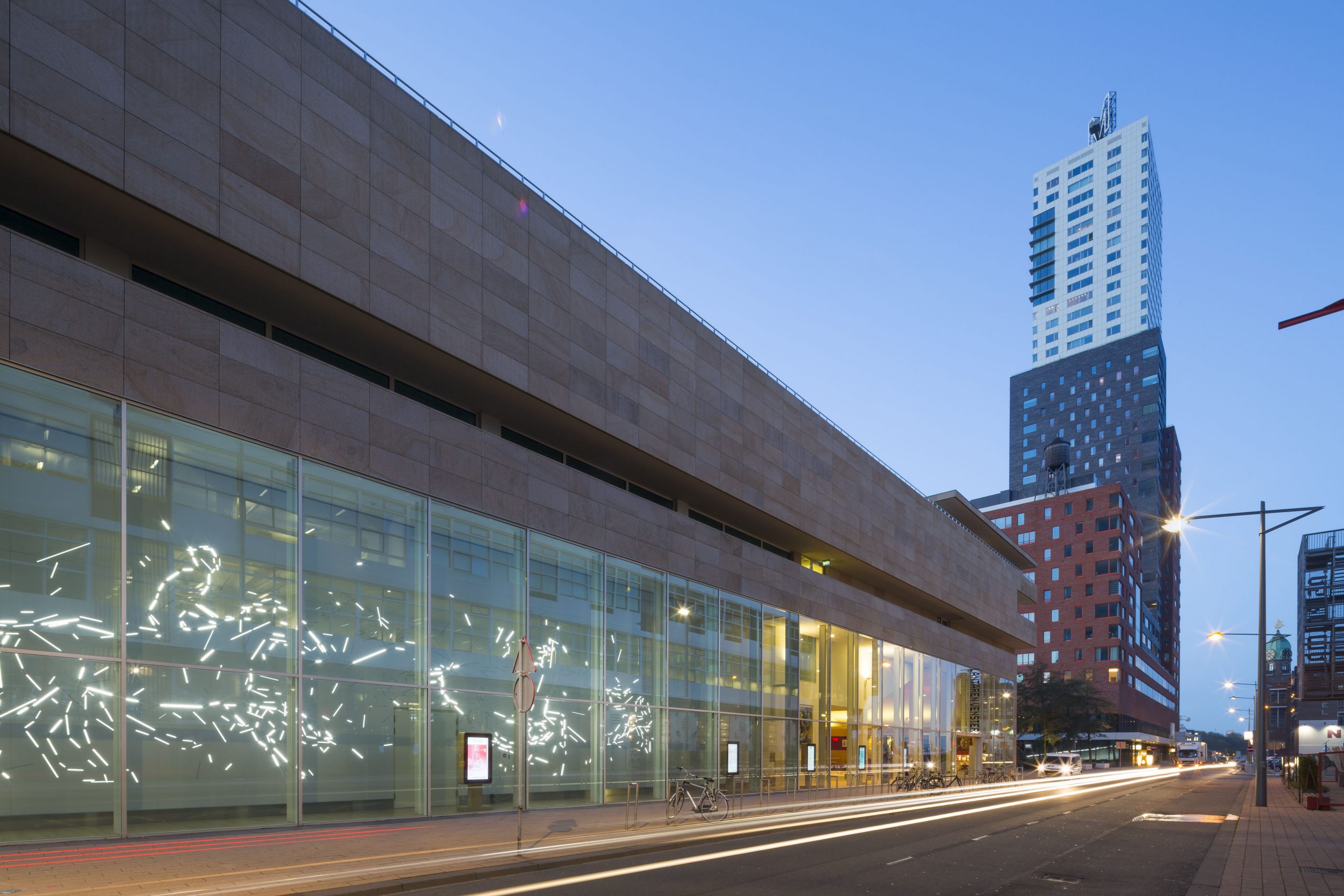 On a large wall alongside the entrance to LantarenVenster a drawing of running horses is created in lines of light. The horses are never seen in their entirety, but light up fragmentarily in hasty sketch form. The work refers to the rich history of the representation of running horses: from the earliest cave paintings, through Muybridge’s photographic series and the first Westerns right up to the glaring illuminations of contemporary urban space. The character of the drawing is based on the scratches in celluloid so typical of early films.
68,9 x 24,6ft
Wood, 300 white LEDstrips of varying lenghts, microprocessor

Founded in 1949, LantarenVenster has a long history as an avant-garde theatre for film, dance, music and drama. When moving from the disorderly streets of the city center to a new, much more metropolitan location at Wilhemnina dock (where the Holland-America Line used to have its headquarters and which became the symbol of emigration to the New World) in 2010, and concentrating its program on arthouse movies and jazz music, LantarenVenster commissioned a multimedia artwork for the foyer as well as for the venue’s projection onto the street outside. Recalling jazzy rhythms and city buzz, Light Gig can be seen from the inside as well as from the outside, and aims to preserve in a striking (moving) image some of the venue’s rich history while responding equally energetically to the new location.