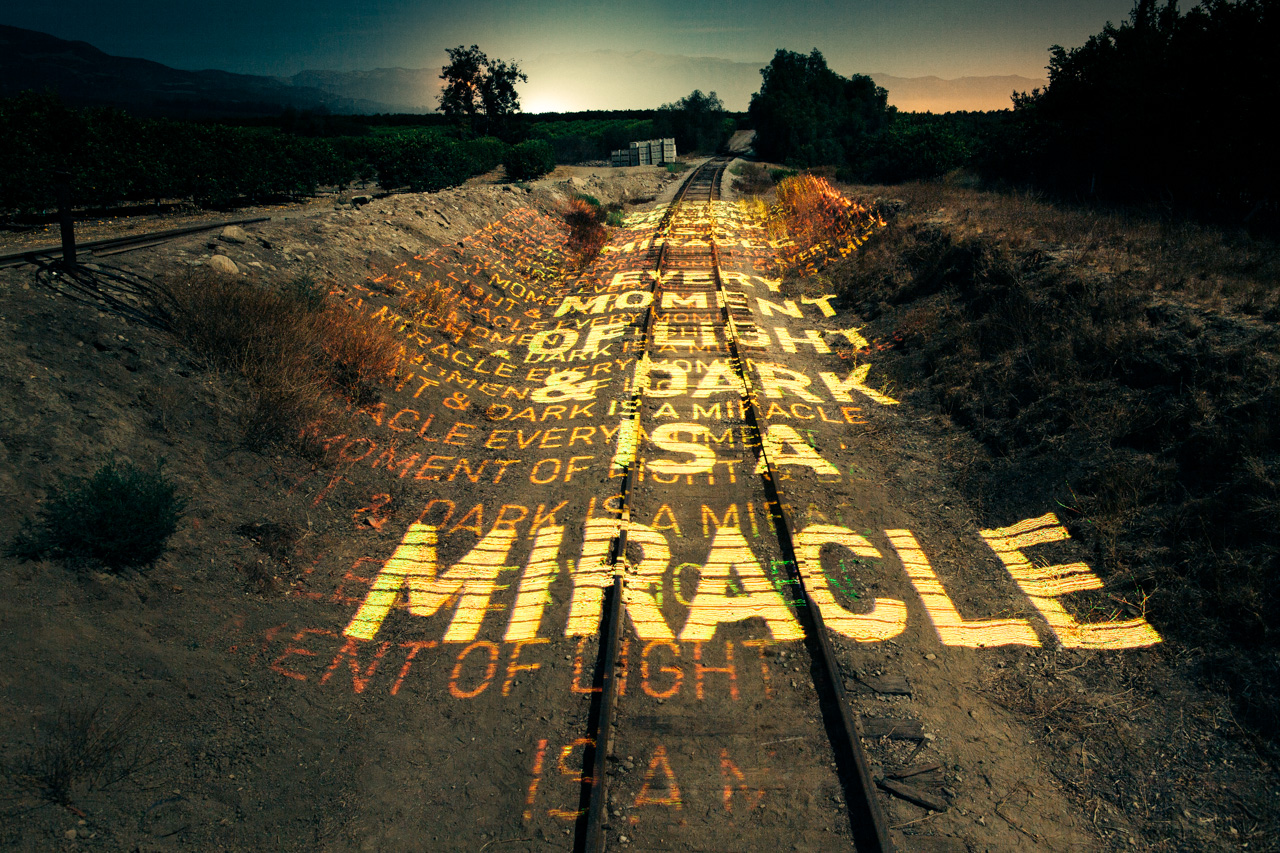 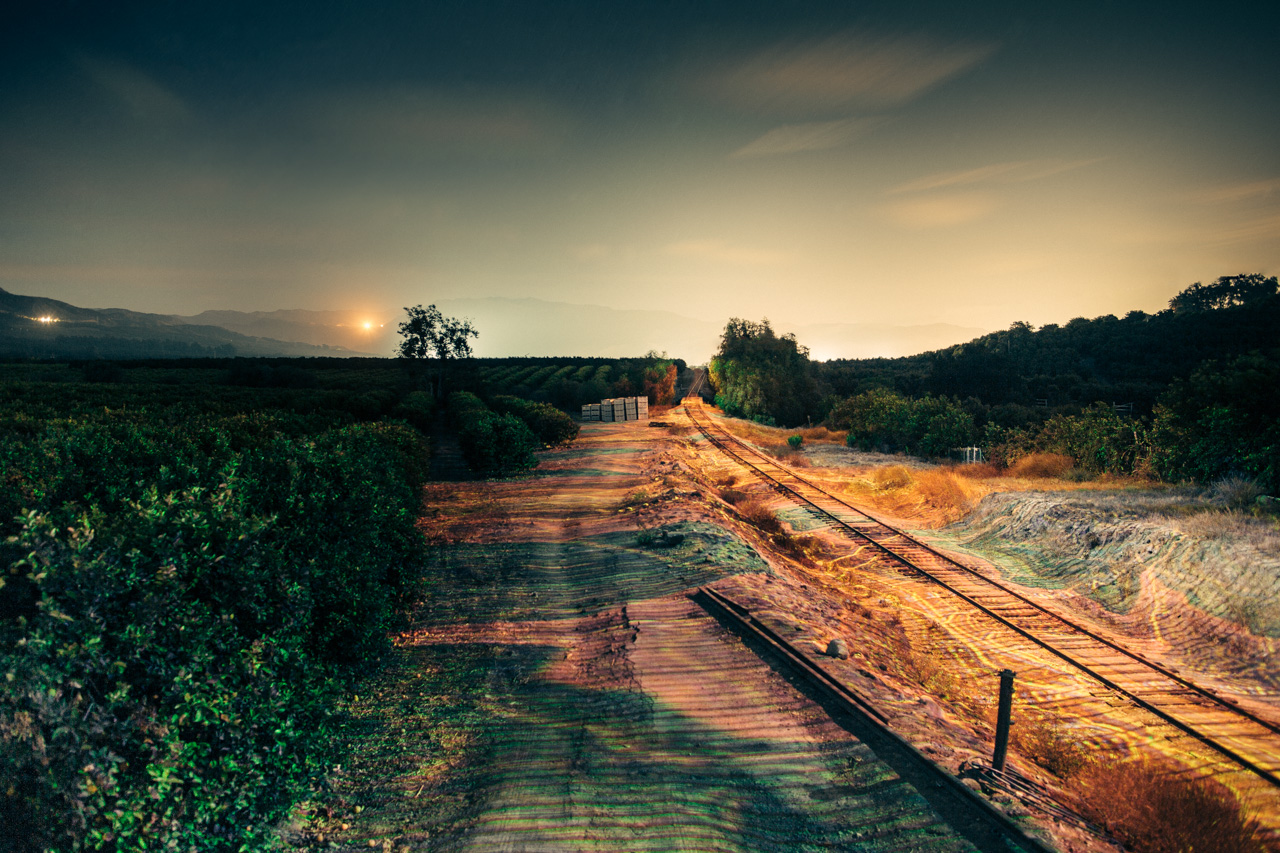 Location: All Around, CA, United States

Traces of light are broadcast onto landscapes by a laser aboard a moving train.
In Light Echoes, we collapse time and space into images which document the historical
pulses of data in the form of light reflecting off earth and matter.

This is the first expression of an ongoing series.

The project began from conversations with Doug Aitken and it was originally conceived to be presented in Doug's Station To Station.

Aaron Koblin and Ben Tricklebank have been working together for several years and work closely in all aspects of creative development.