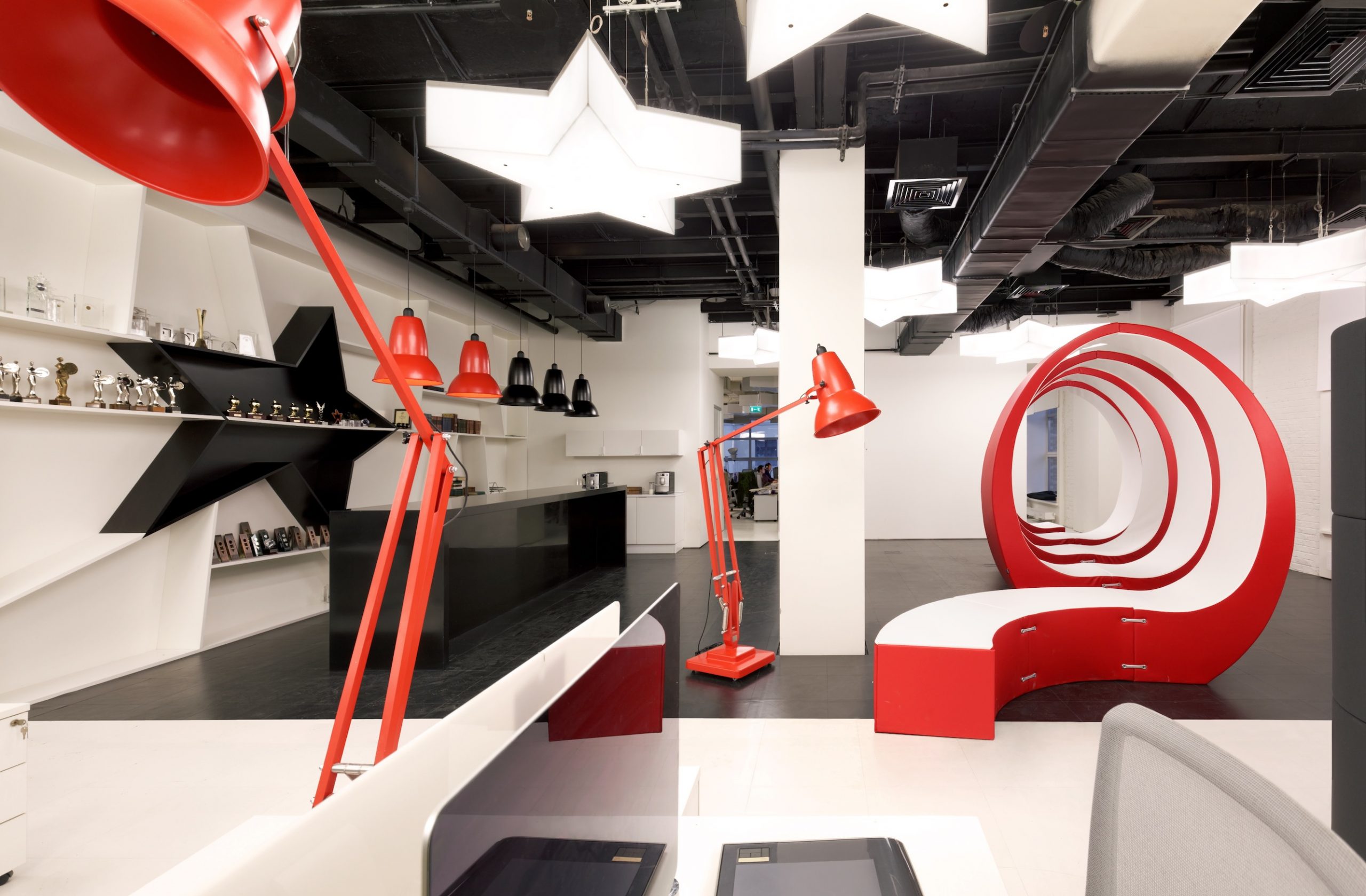 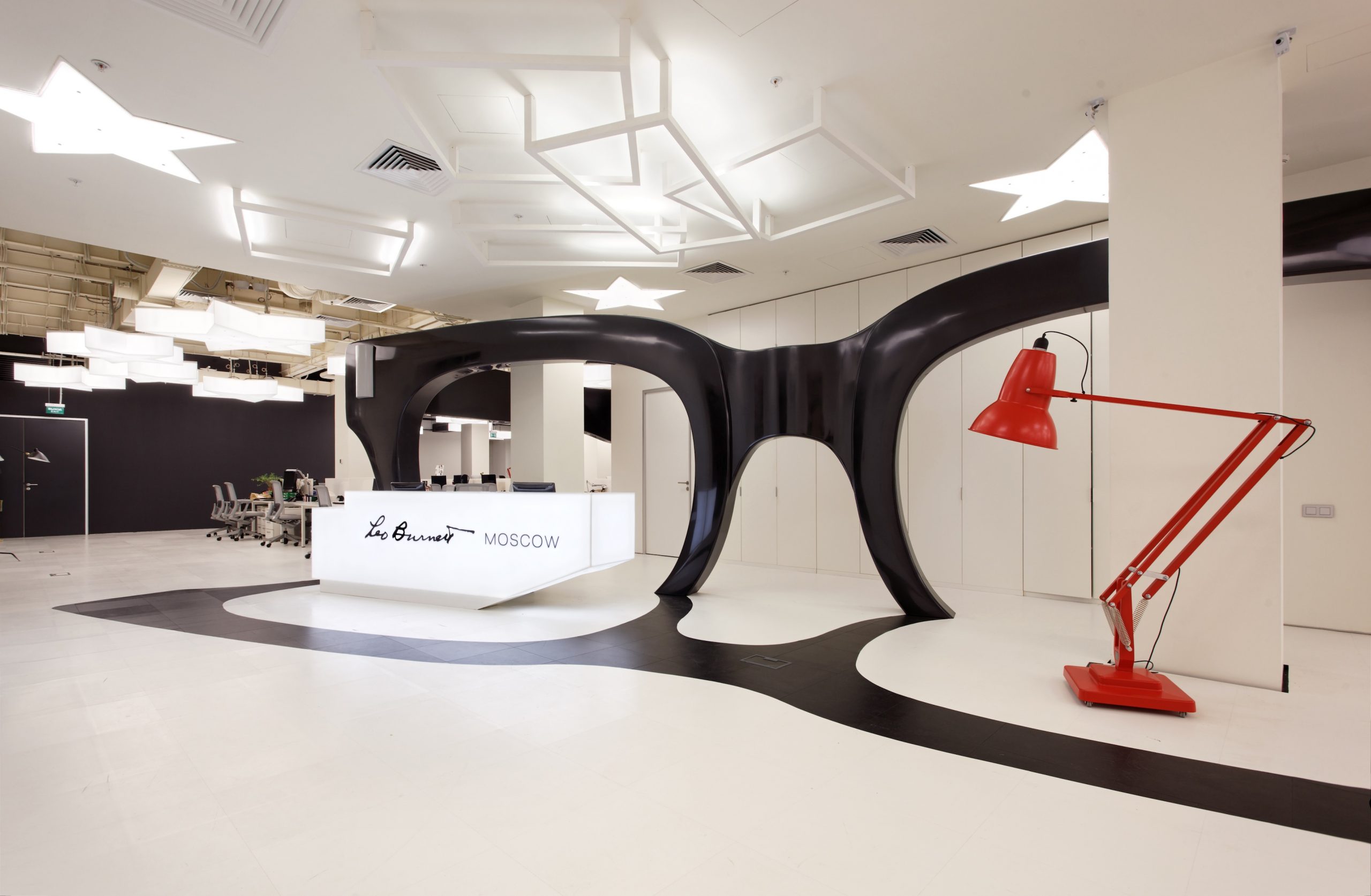 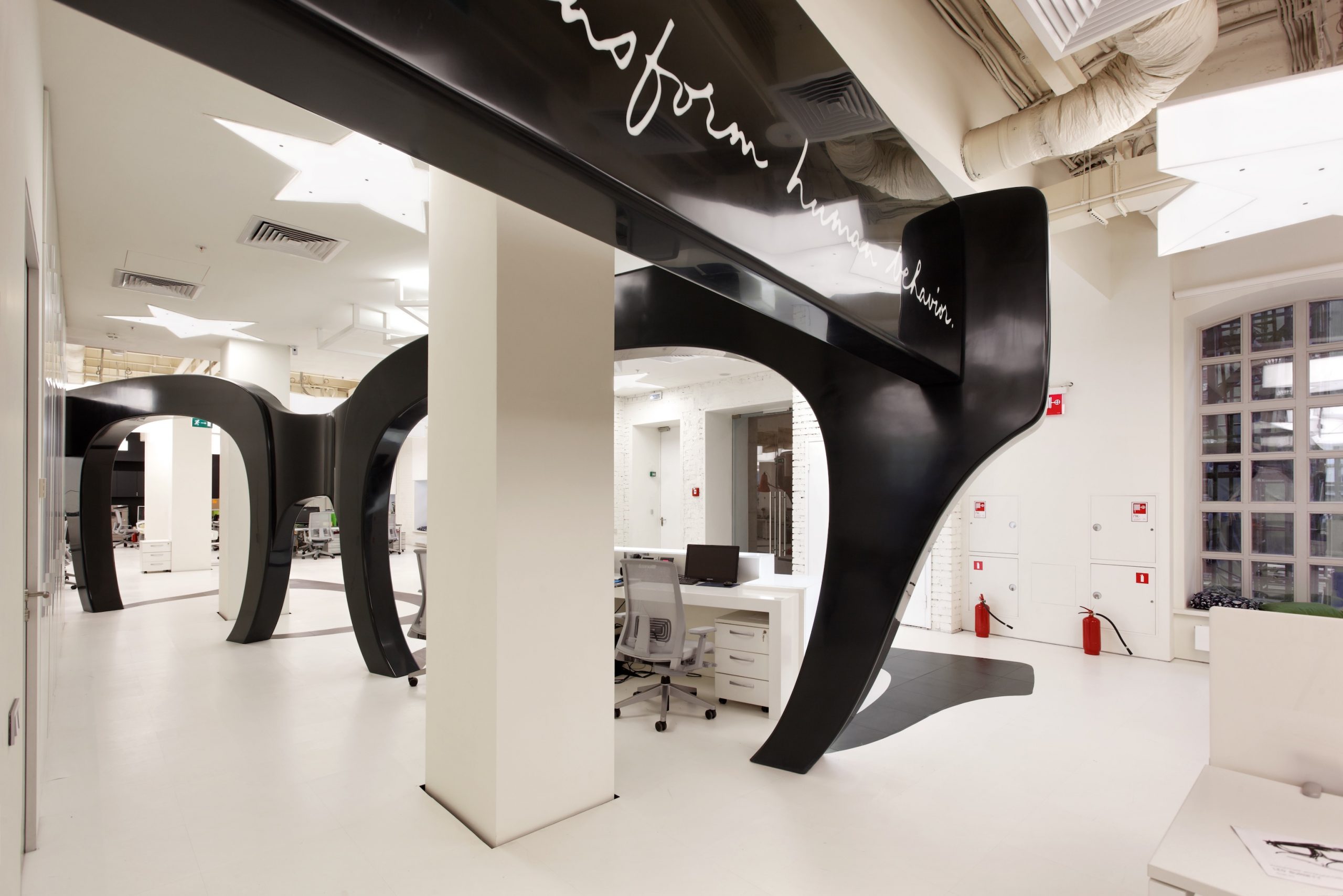 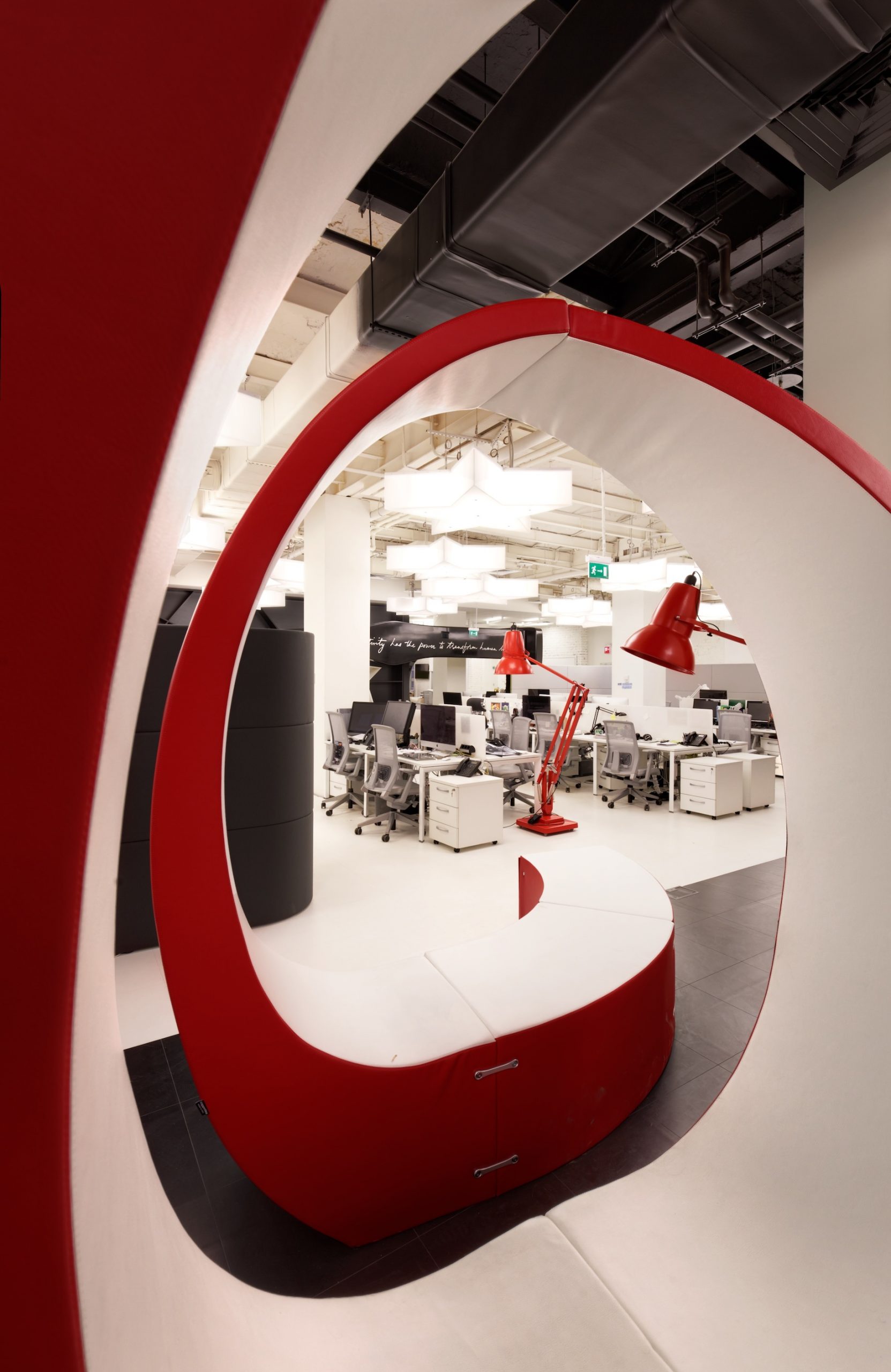 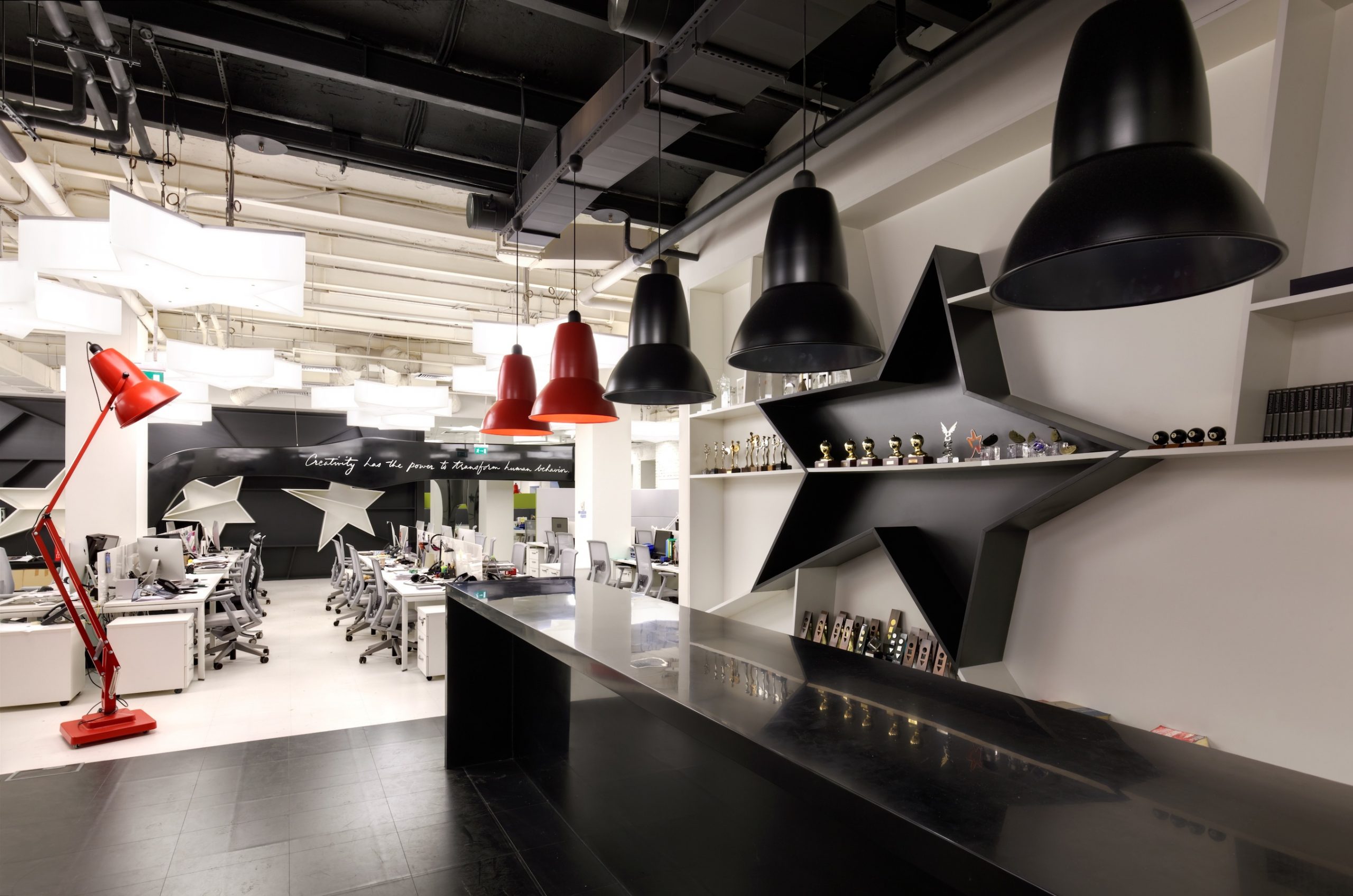 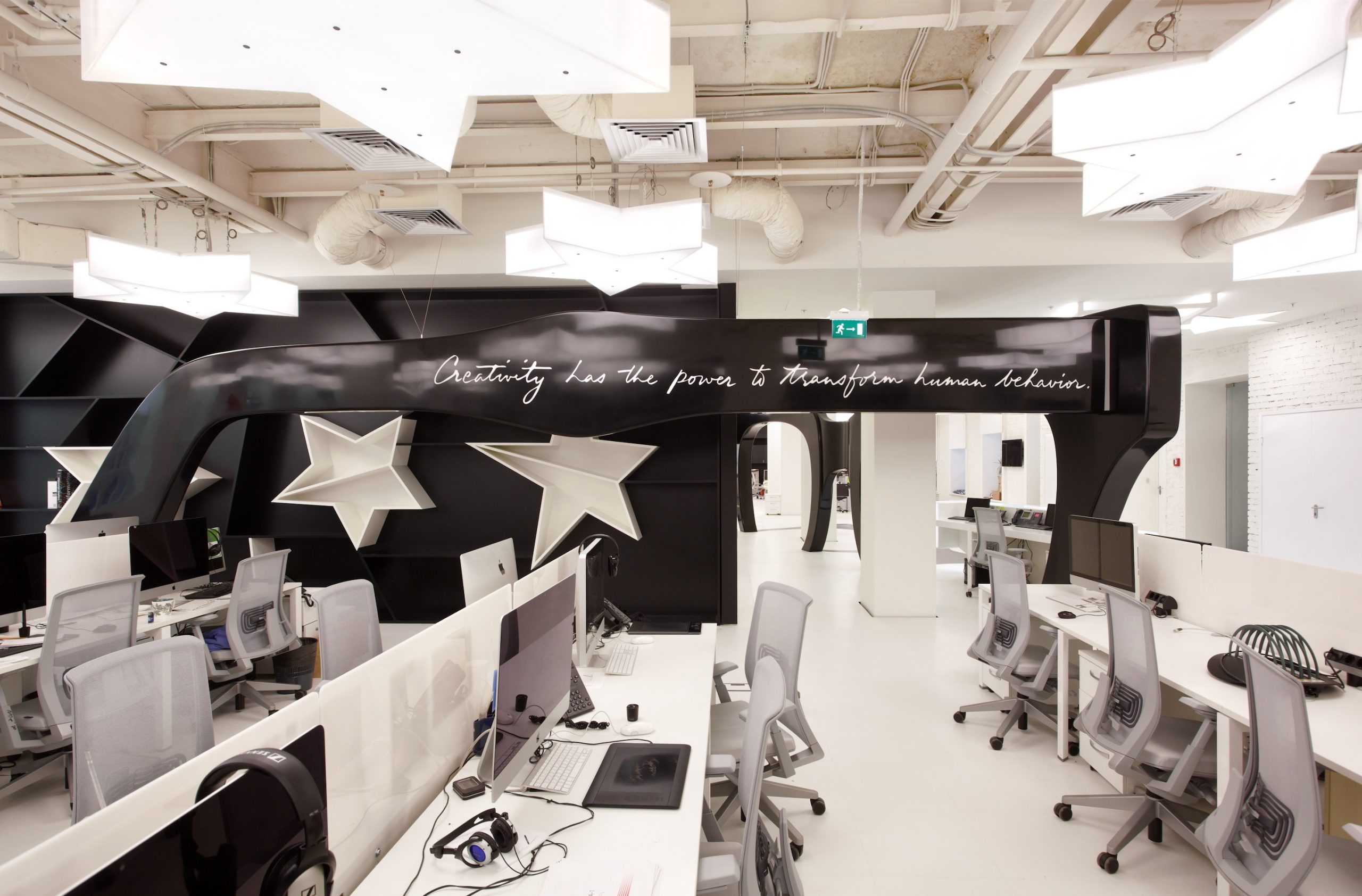 “This is not the first time we have designed working spaces for ad agencies,” Dmitry Ovcharov said. “Leo Burnett’s previous office had meeting spaces and rooms located inside giant pencils”.
“Developing the concept for Publicis Group this time, we have opted for an idea of office spaces as modern art galleries. We did not want to make something complex; the glasses are integrated with the space, serving as a purely artistic feature and exposition, but on the other hand, being exactly the solution that organizes the space”.

“The idea to use glasses as the central expressive feature of this space was not born at once,” said designer Maria Yasko.“We considered stars and apples, which are central to the company’s signature style.”
“The first agency was established in Chicago in 1935, and we have aspired for some style reference to that period. When we brought glasses scaled up several times and shaped like those worn by Leo Burnett, we thought it looked cool, and even more so if we would hang big glittering stars to the ceiling.”

“The interior may or may not get some additional drawings or slogans or a new color in the future. That is the idea. The environment may change, but what will always be maintained is the core expressive substance, which is self-sufficient and makes the space complete.”