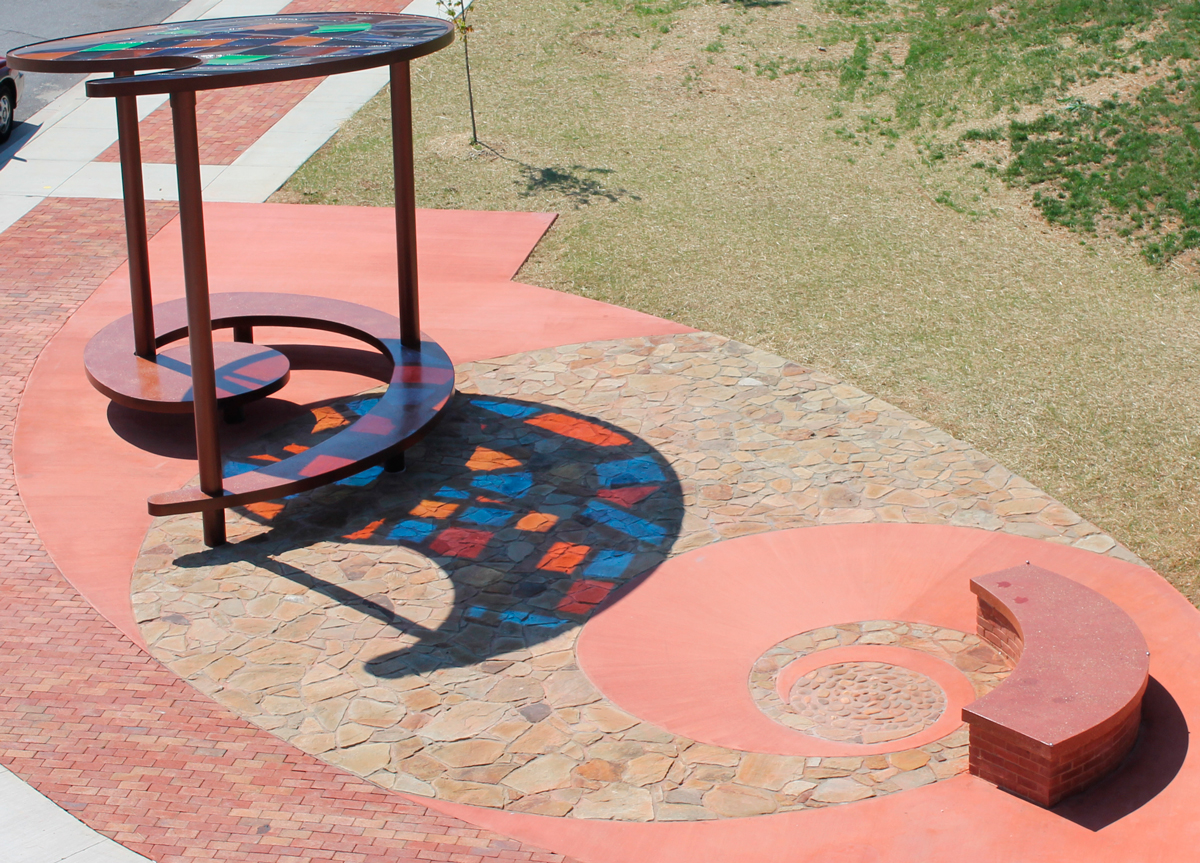 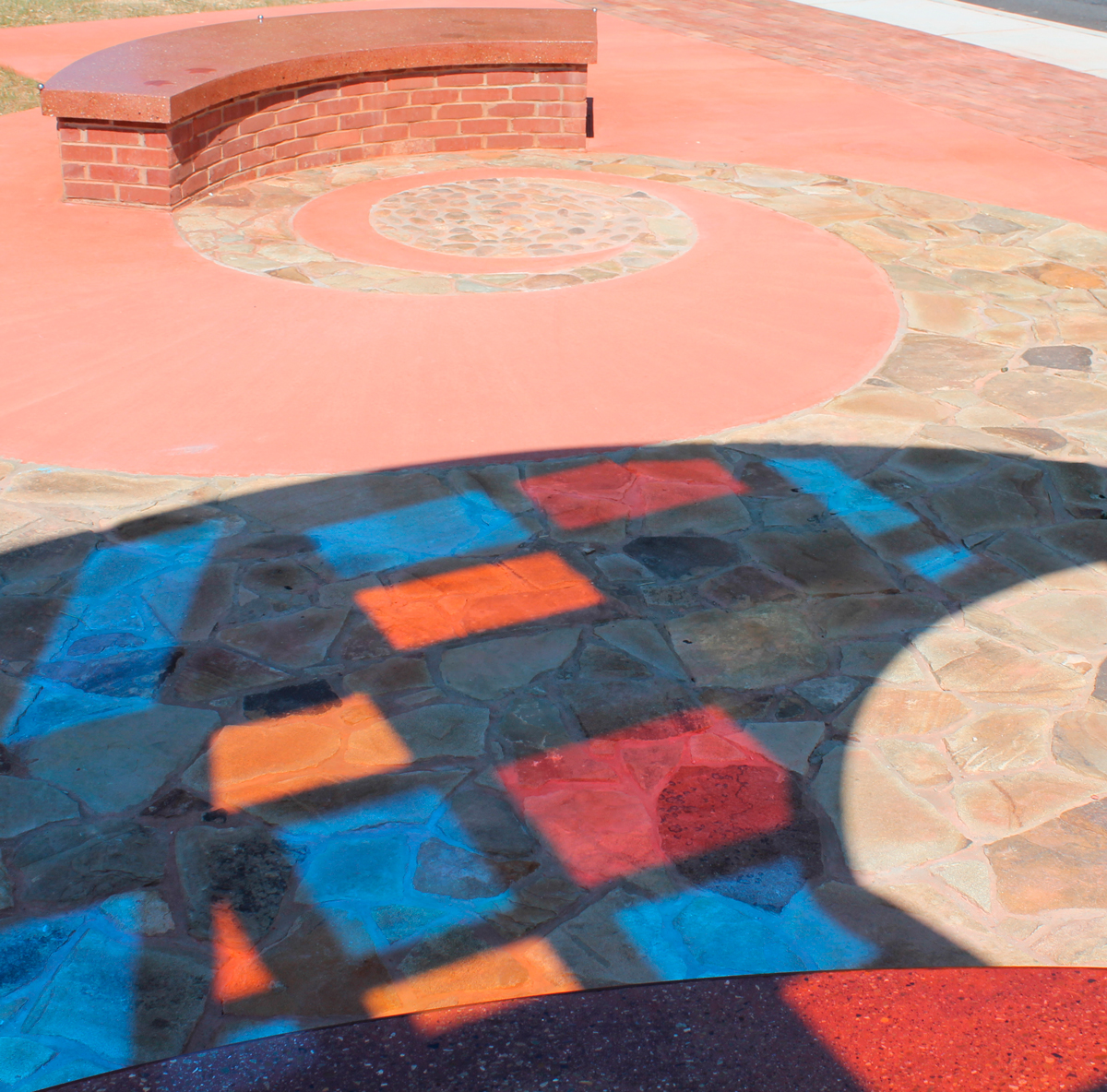 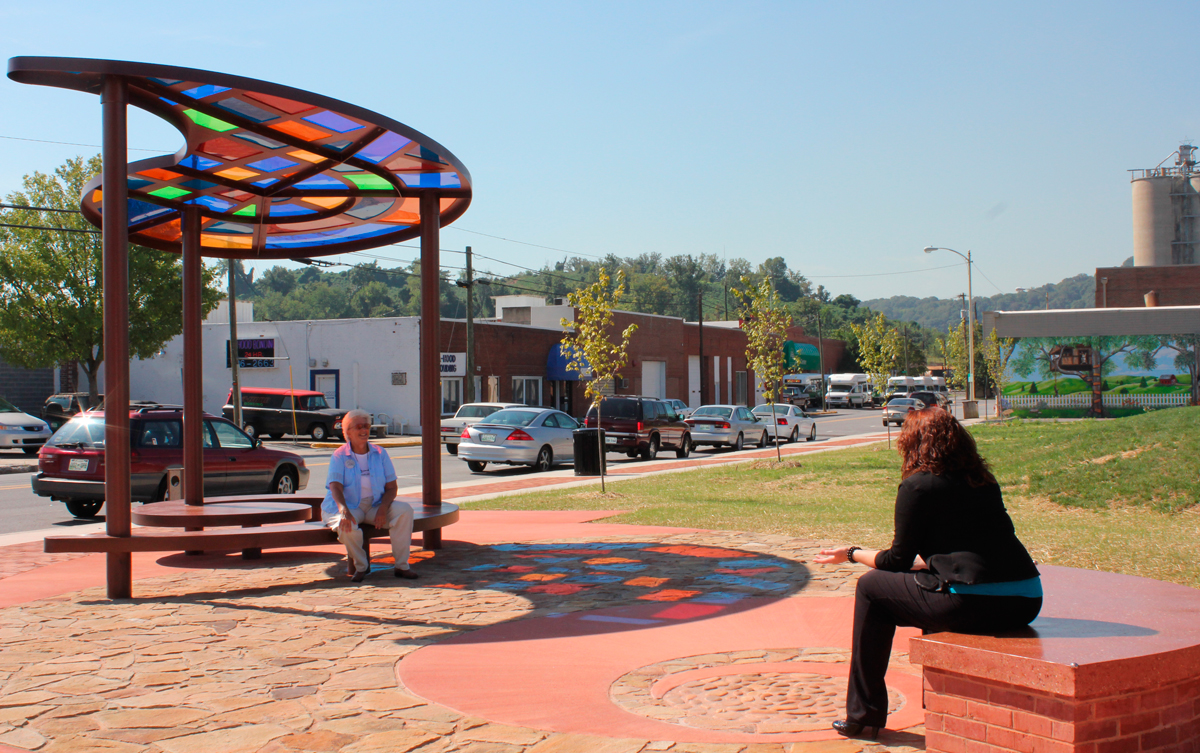 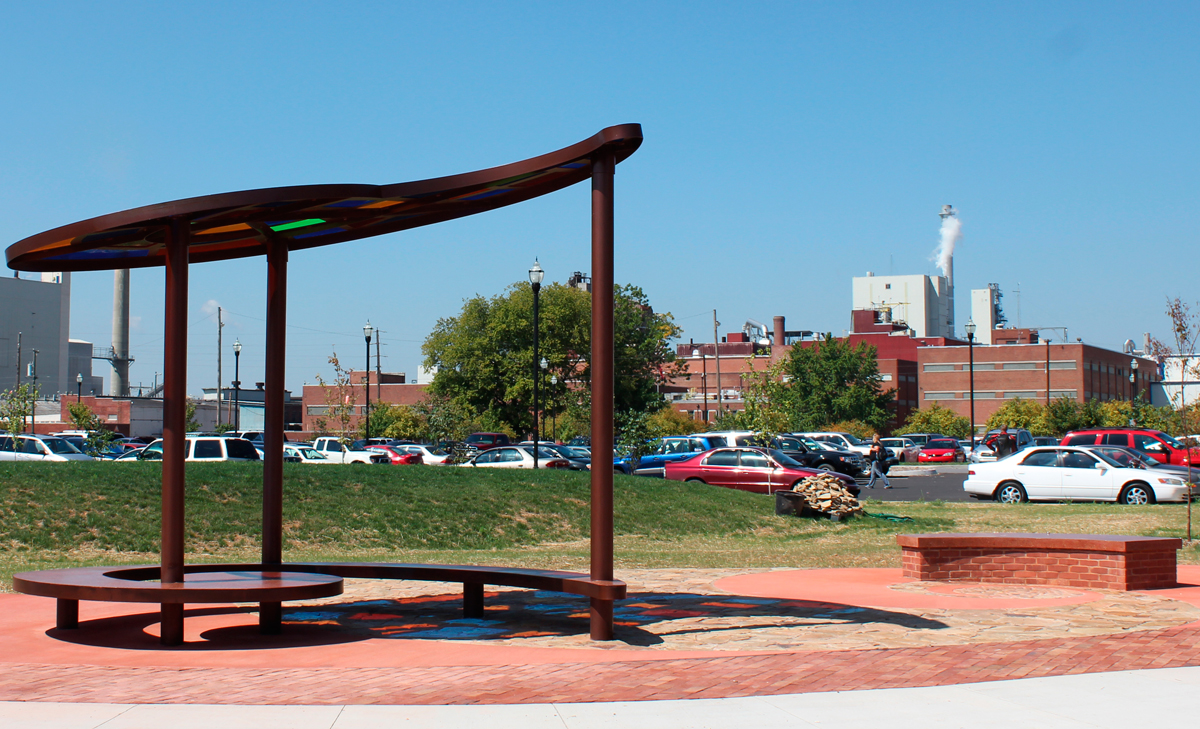 Learning Curve honors the past of this small Appalachian town as one of the country’s leading producers of brick and aggregate as well as the world headquarters of Eastman Chemical. The canopy is a map of the 1906 “City Beautiful” town plan and was fabricated by a local sculptor, John Robinson at Appalachian Ironworks. The inset material is “Tritan,” a newly-invented monomer donated by Eastman Chemical. The recycled brick is from a demolished paper plant, another former industry once important to the town. A local concrete worker and mason did the stonework.

I wanted created a social gathering space where students could meet in the shade, wait for a ride, study, have a cigarette. It worked because no sooner was the piece installed than students began using it exactly as I intended. It was also intended to mark the entrance to the new school building. Another goal was to put the money for the artwork back into the local economy rather than having the work fabricated somewhere else.

The whole point of the Kingsport Center for Higher Education is to train a local workforce so that the town can survive. With that in mind I formed partnerships with local businesses and craftsmen so that the entire piece was fabricated locally, even to the point of using the same raw materials that once made the town prosper. In that sense it was a demonstration project and a source of local pride.