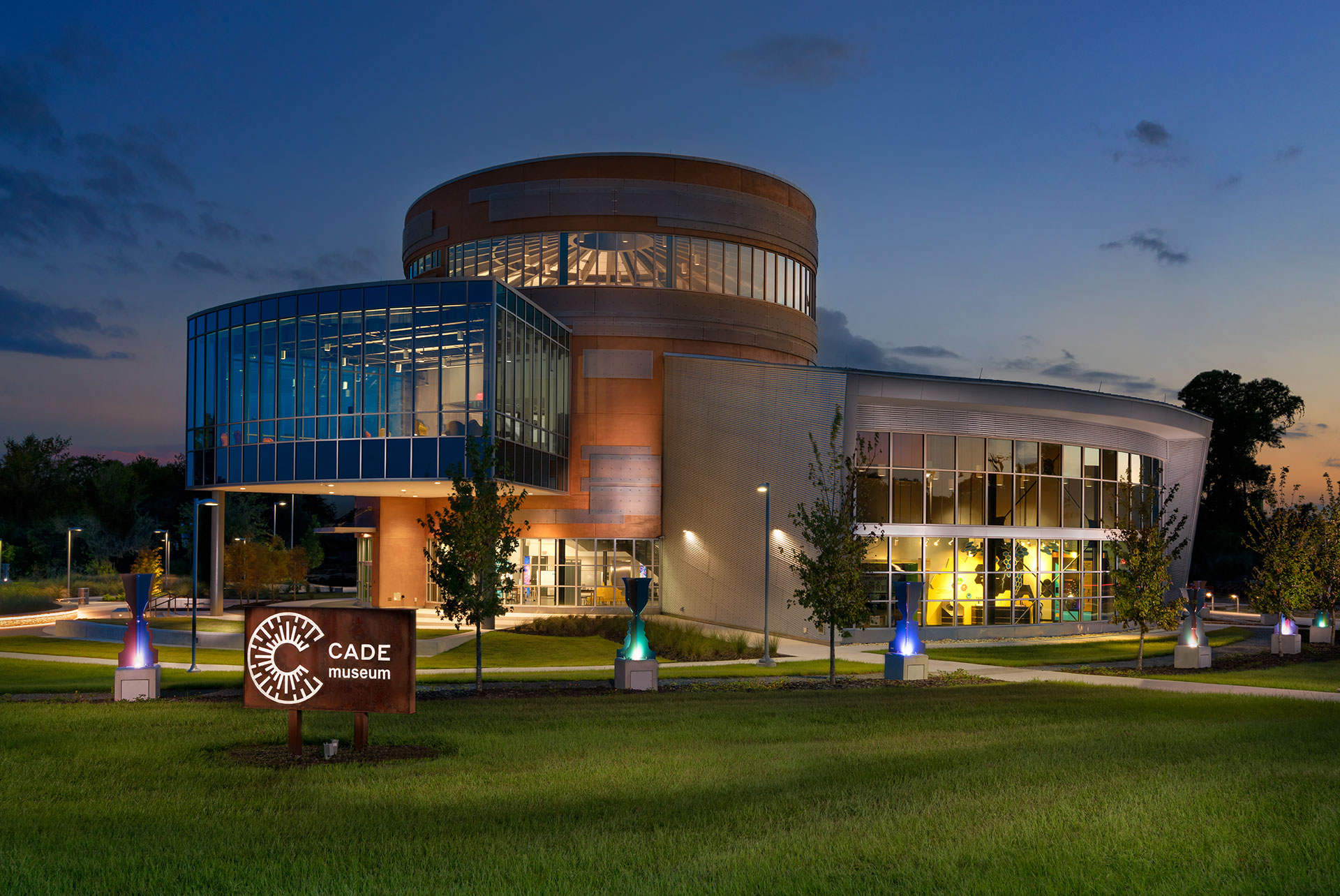 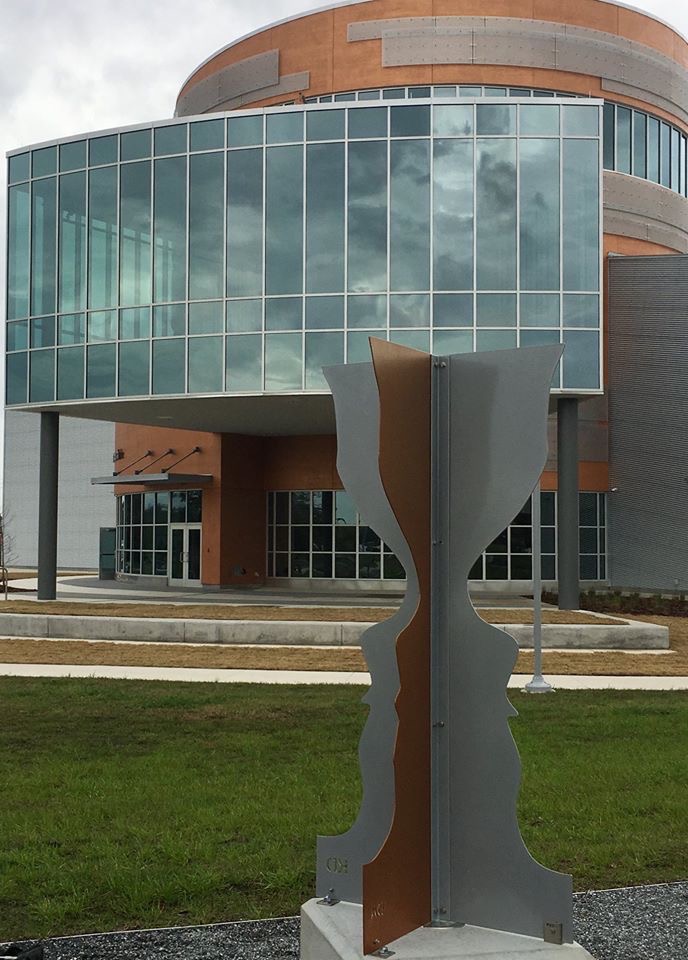 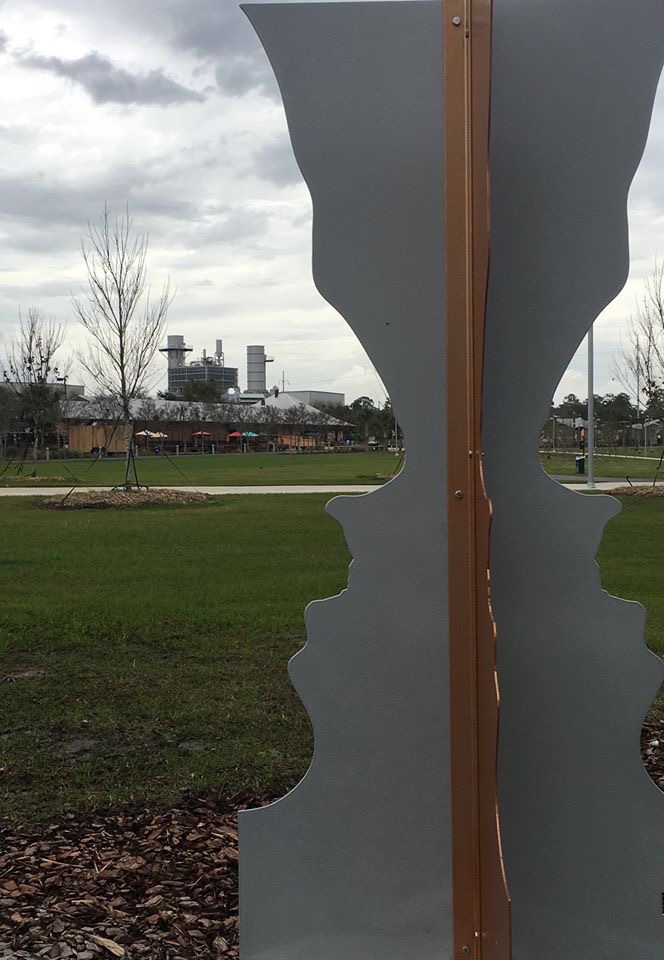 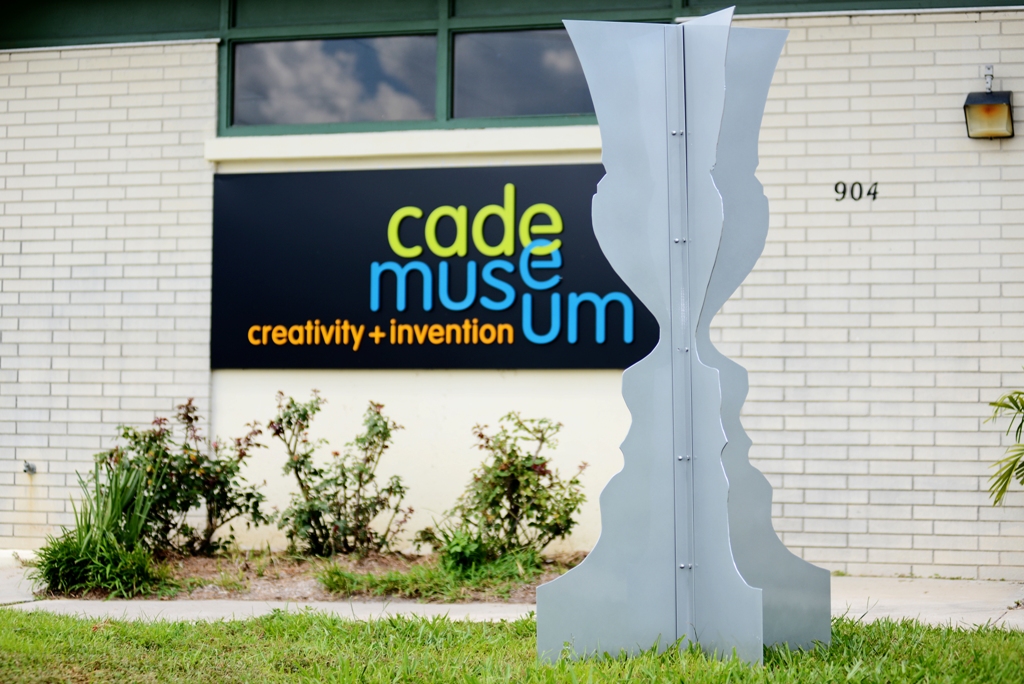 The Cade Museum for Creativity and Invention is a place for people of all ages to celebrate creativity and the spark of invention that leads to world changing ideas.  Inspired by a recent trip to the Bauhaus archives in Berlin, artist Jenn Garrett uses gestalt imagery of the primary museum donors’ silhouettes to create a work that serves as a symbol of the museum, an honor to the original museum donors and a teaching exhibit for museum visitors.   When visitors view the sculptures, there is a “eureka” moment where they see the face for the first time.  This moment symbolizes the experience of the inventor- seeing the same data that everyone else sees, but the inventor seeing something new in that data that no one has ever recognized before.

The primary function of this work was to recognize the donors to the museum in a creative way.  As the project developed, artist Jenn Garrett created the work to function as part of the larger architectural project, basing all sizes and elements on the Fibonacci sequence (the proportions of the human face naturally exhibit the Fibonacci sequence).  Finally the work functions as an exhibit to symbolize and teach new ways of looking at the world around us, encouraging young and old alike to discover hidden meanings in our everyday lives

I was brought in very early in the development of the idea of the museum and worked closely with founder Phoebe Cade Miles, developing the idea even before we knew that there would be enough money to fund the building. Since I was involved in the early stages I worked with nearly every person involved in the creation of the museum, including architects from GWWO in Baltimore, Olerich Construction, and all of the original donors that believed in the project. It was such a delight to unveil the sculptures to the donors and show them how to see themselves in the work.

Each sculpture is incrementally larger than the one before it, again following the principles of Fibonacci sequence. In plan view the sculptures are set on a Fibinacci spiral (think nautilus shell) that begins in the center oculus of the building and extends a gravel path encircling the museum and extending onward. The spiral path has been traced around the world, a symbol of the ways that a single museum may inspire creativity and invention around the world.