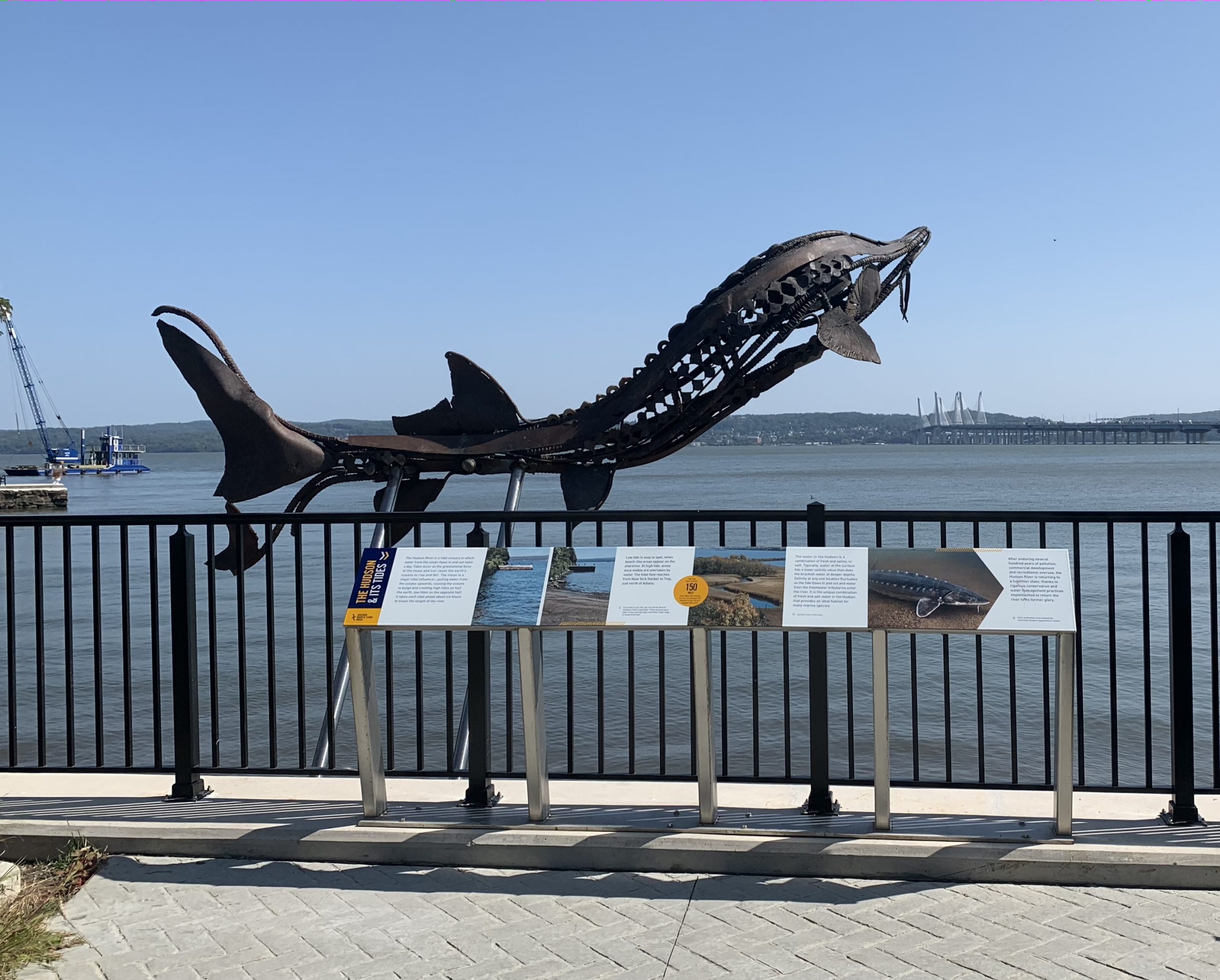 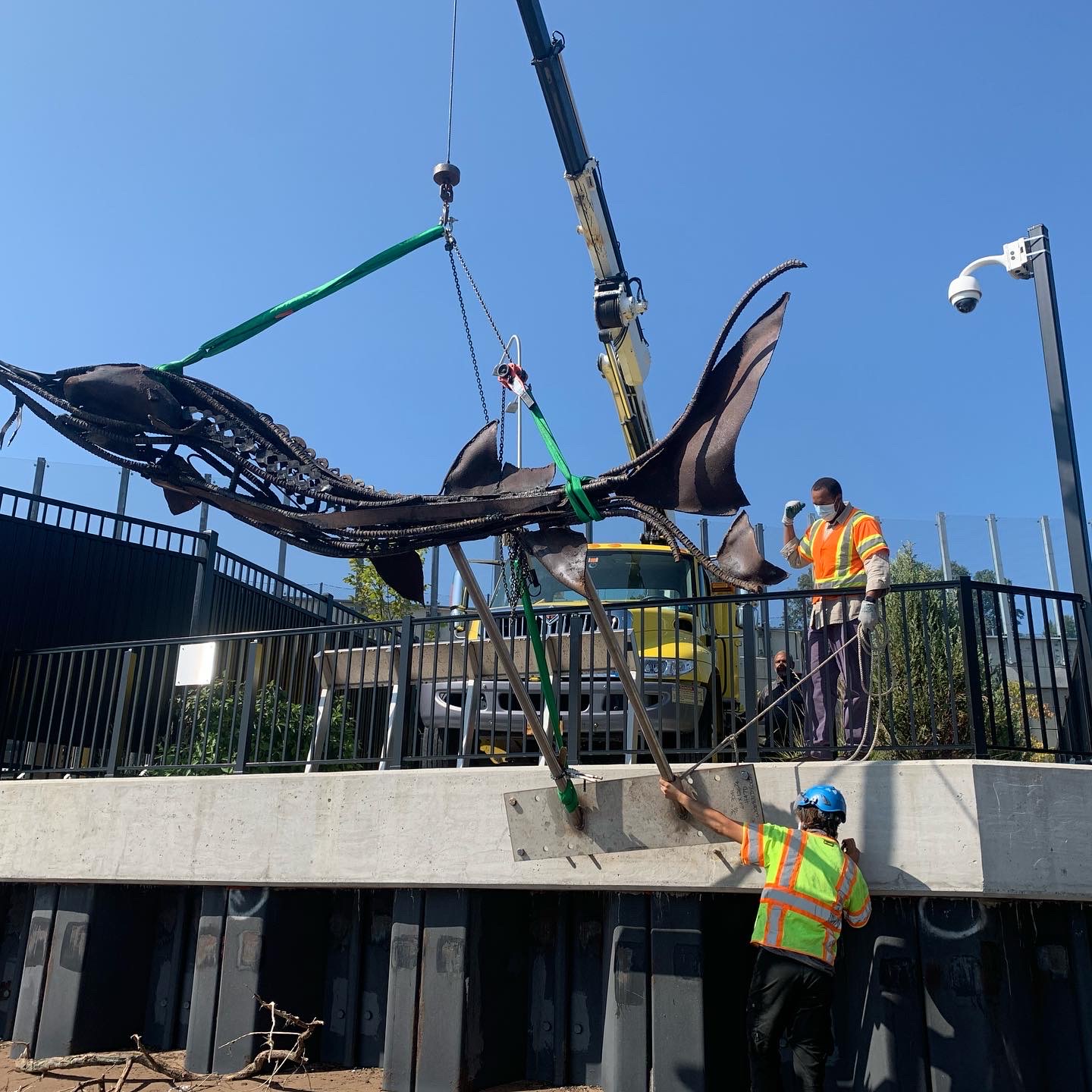 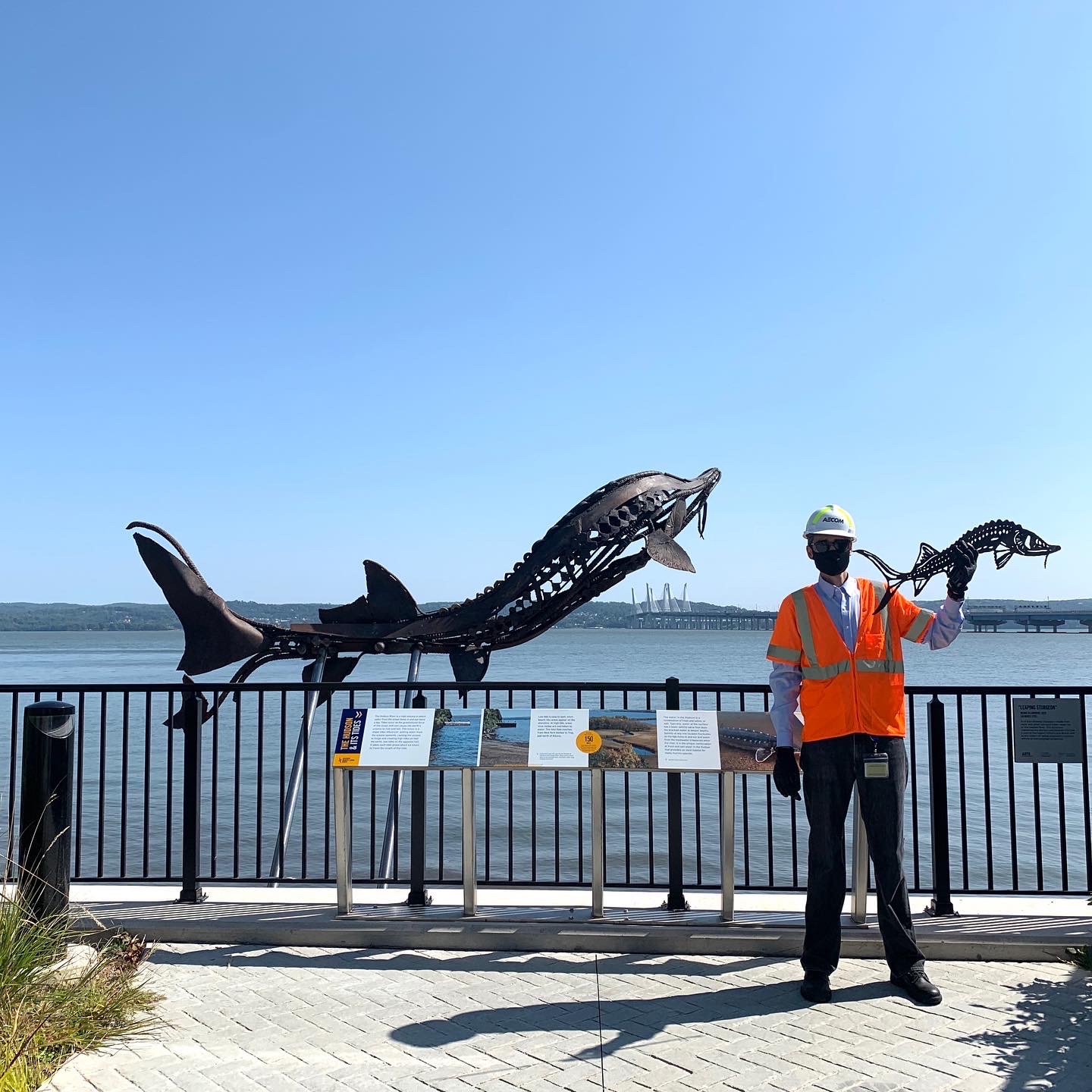 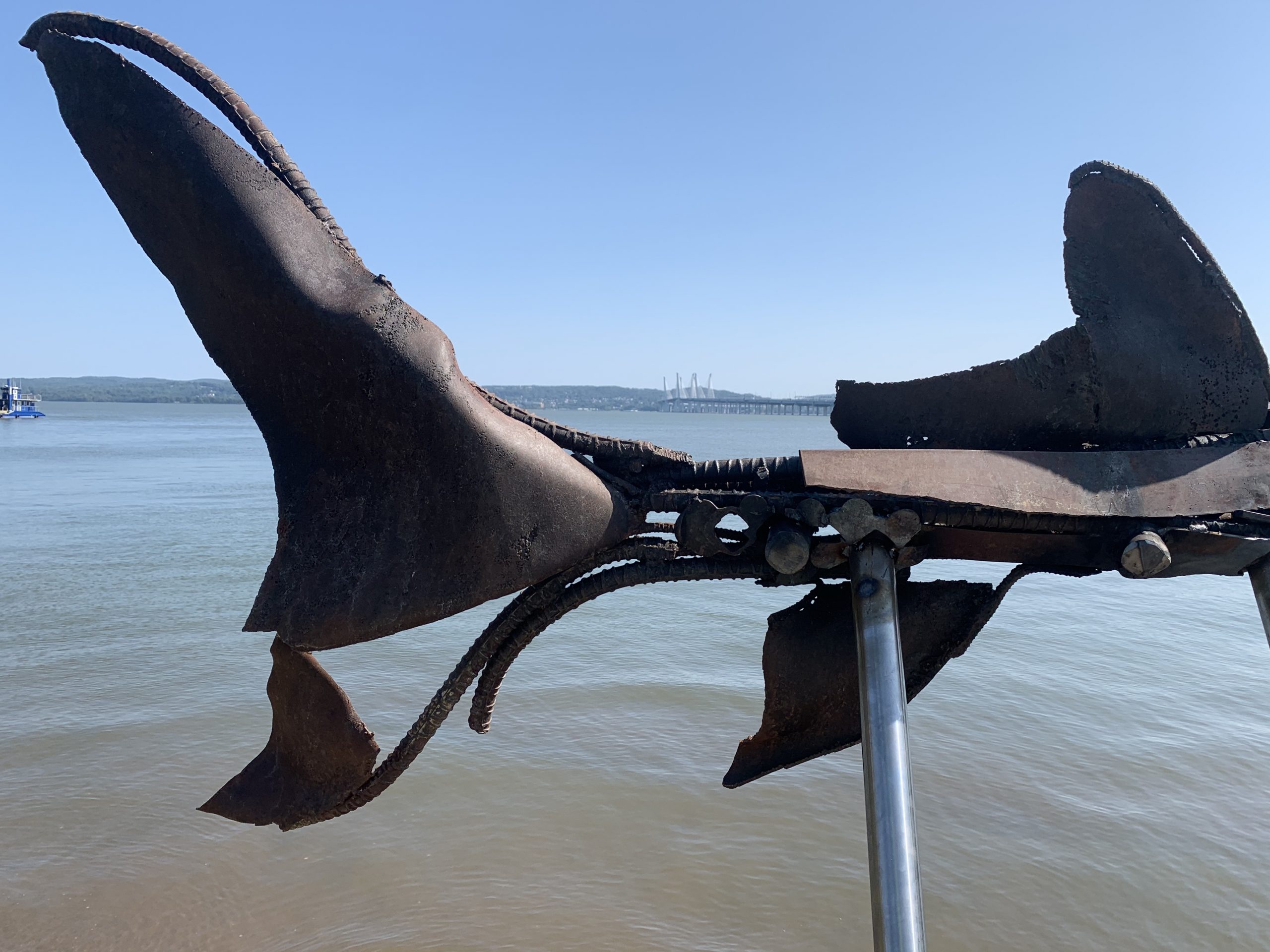 A 14 foot long sturgeon of salvaged steel leaps into the air at an overlook on the South Nyack landing of the Cuomo Bridge. Stainless steel rods jutting up from the bulkhead support the twisting form in space. The backdrop for the sculpture is sky, river, and in the distance the new bridge itself.
In days past sturgeon surged up the river in the hundreds of thousands, but with demand for their caviar and meat in the late 1800s their numbers plummeted. Overfishing, along with dam construction, water pollution, dredging, power plant impingements and boat collisions, subsequently wiped out sturgeon on all but five of the 15 rivers on the east coast where they were historically found.
This sculpture draws attention to the iconic image of the sturgeon, and raises public awareness that with ongoing environmental stewardship of the Hudson, native wildlife will resurge.

The goal was to create an exciting visual addition to the South Nyack side of the new Cuomo Bridge bike and pedestrian pathway.

It was over a year from initial proposal to final installation. I worked closely with the NY Thruway Authority, primarily the Project Manager, as well as my Engineer, the Installer, stainless steel suppliers, and Arts Westchester to see the project to fruition. I fabricated it myself in my Brooklyn studio with the help of my two assistants. Attachment to support rods and baseplate was accomplished with Sultz Fabrication in Dobbs Ferry, NY.