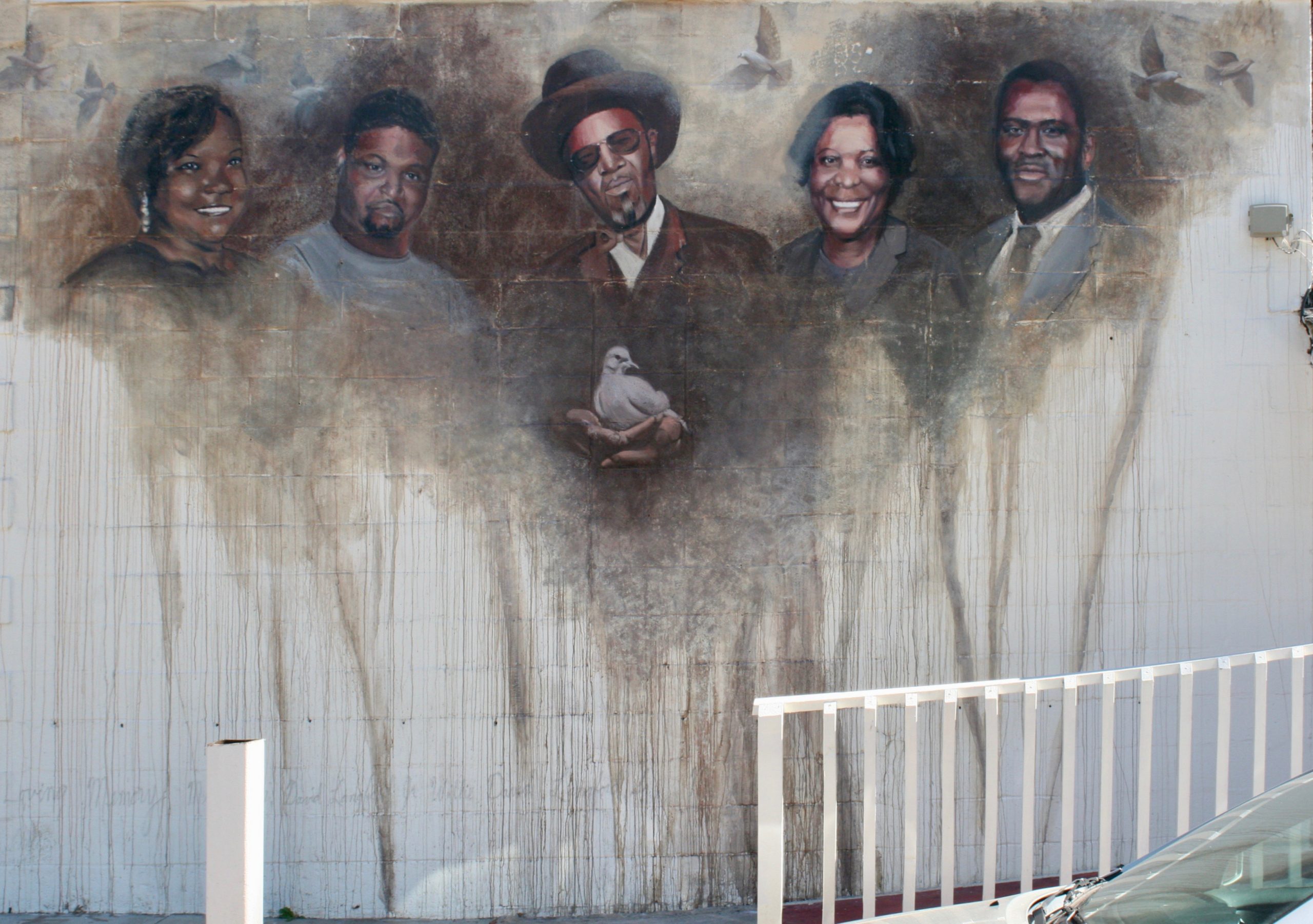 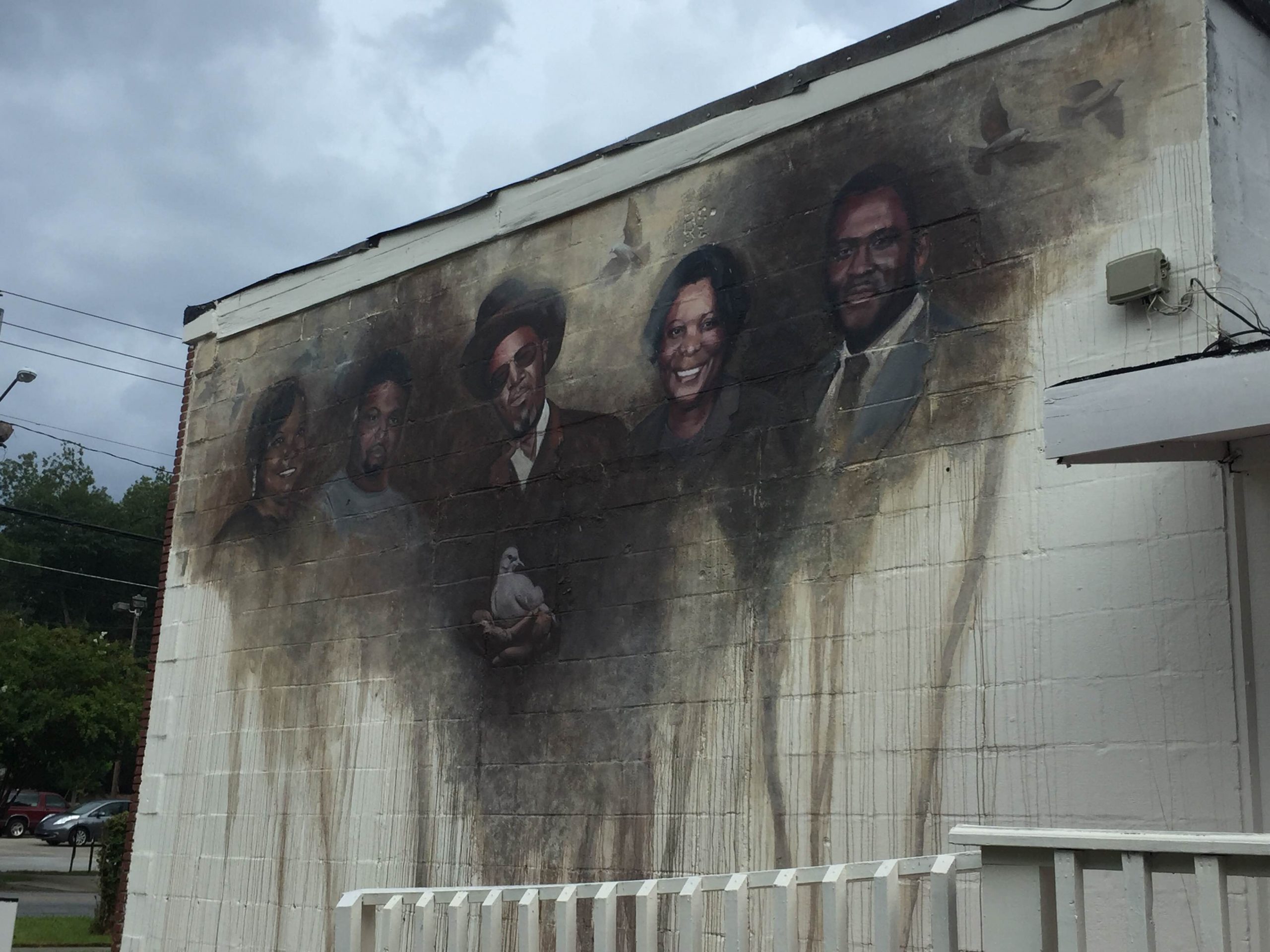 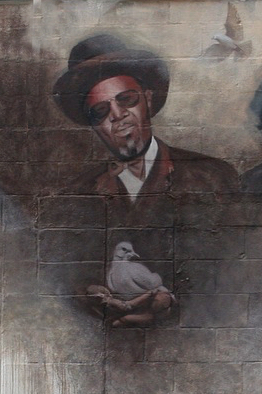 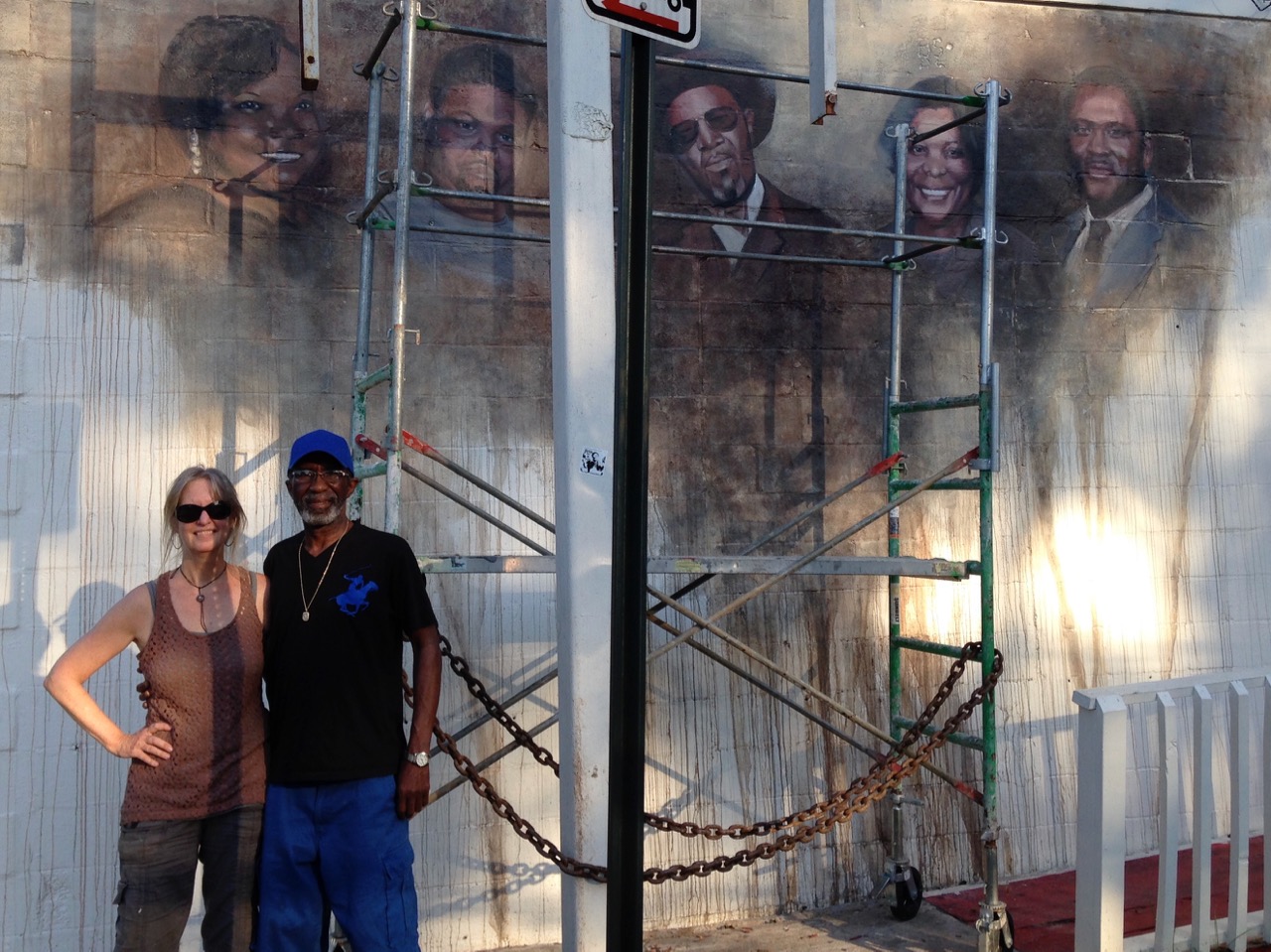 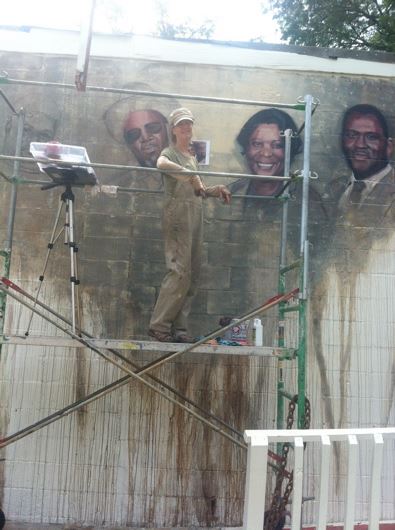 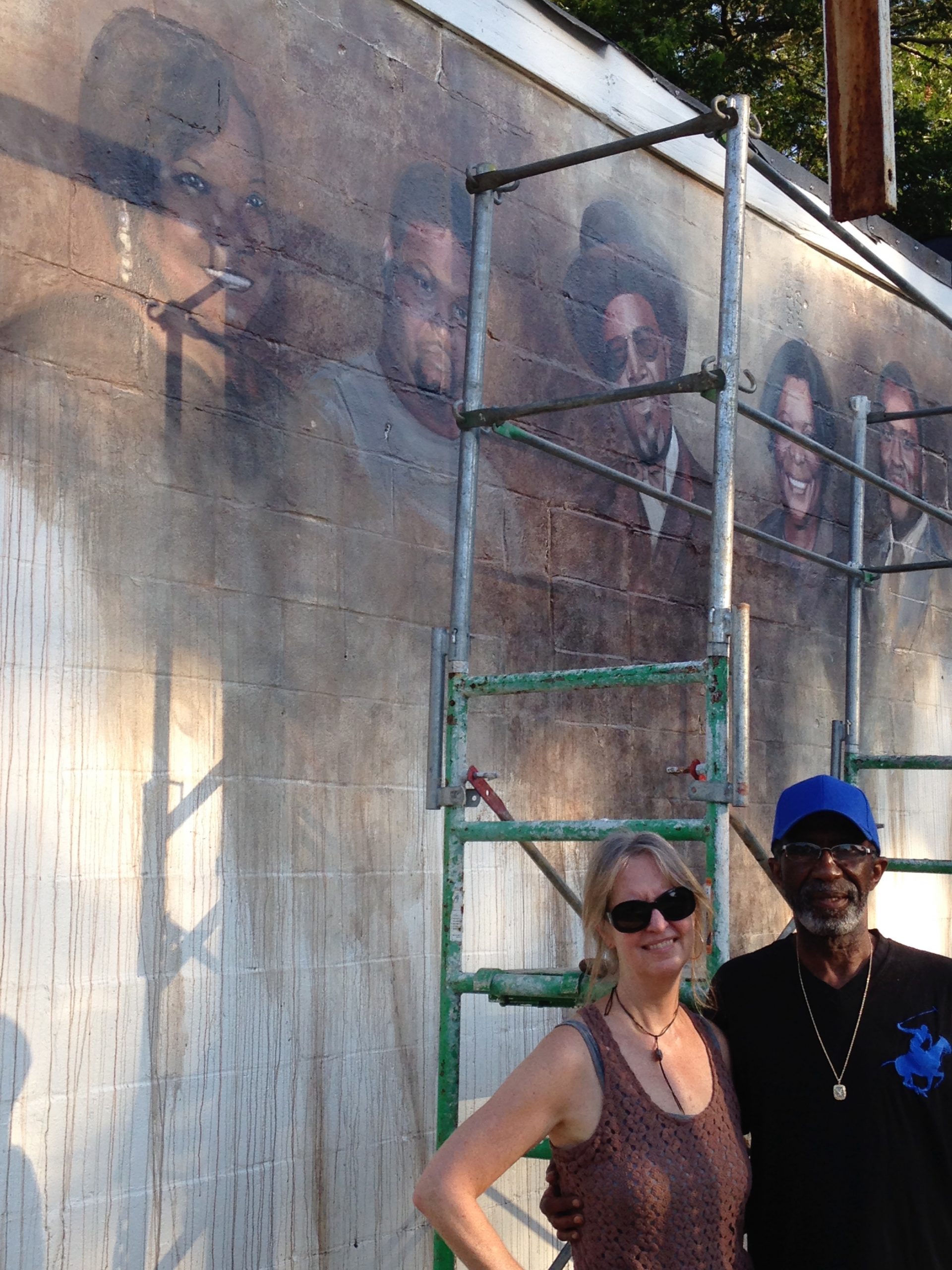 The mural celebrates the history of Kirkwood, depicting the faces of people, all deceased, who owned businesses in the community, and were a part of the life and business of Mike Langford, owner of Langford’s Barbershop and Style Center.

In the summer of 2016, I was commissioned by Kirkwood, an intown Atlanta neighborhood where I live, to do a mural on the side of Langford’s Barbershop and Style Center. I worked with Mike Langford on the mural concept and content.

The mural is 13′ x 20′, and painted on a concrete block wall. The wall was pressure washed and prepped with a masonry primer and then painted with Sherwin Williams Resilience paint, donated by the local Sherwin Williams store. A protective Sherwin Williams anti-graffiti coating was applied at the end.

The goal was to remember and celebrate those who had been an integral part of the history of Kirkwood, so that they would not be forgotten by the community as the neighborhood changes over time.

I worked with Mike Langford on the mural concept and design, and we decided to feature some of the faces of Kirkwood. Mr. Langford chose people who were not only a vital part of the history of Kirkwood, but were also an important part of Mr. Langford’s life and history. The center figure is the founder of Langford’s Barbershop, Mike’s uncle David Langford, Sr.

Toward the end of the mural, when the faces had been painted, Mr. Langford and I decided to feature doves as a symbolic element in the painting, and to have David Langford, the central figure, holding a dove.

At the unveiling of the mural, there was a big celebration with music and food. Flowers were placed at the base of the mural.