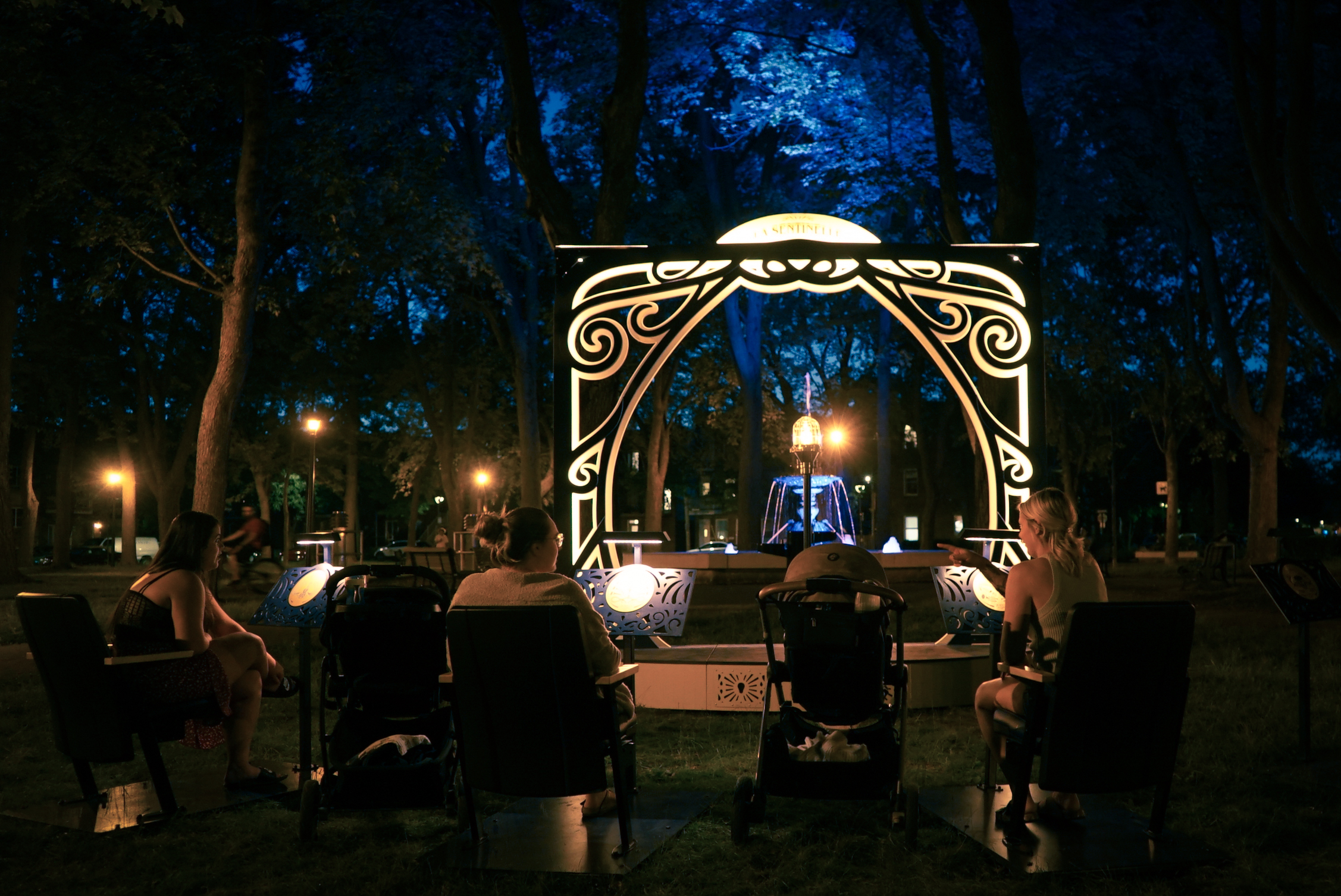 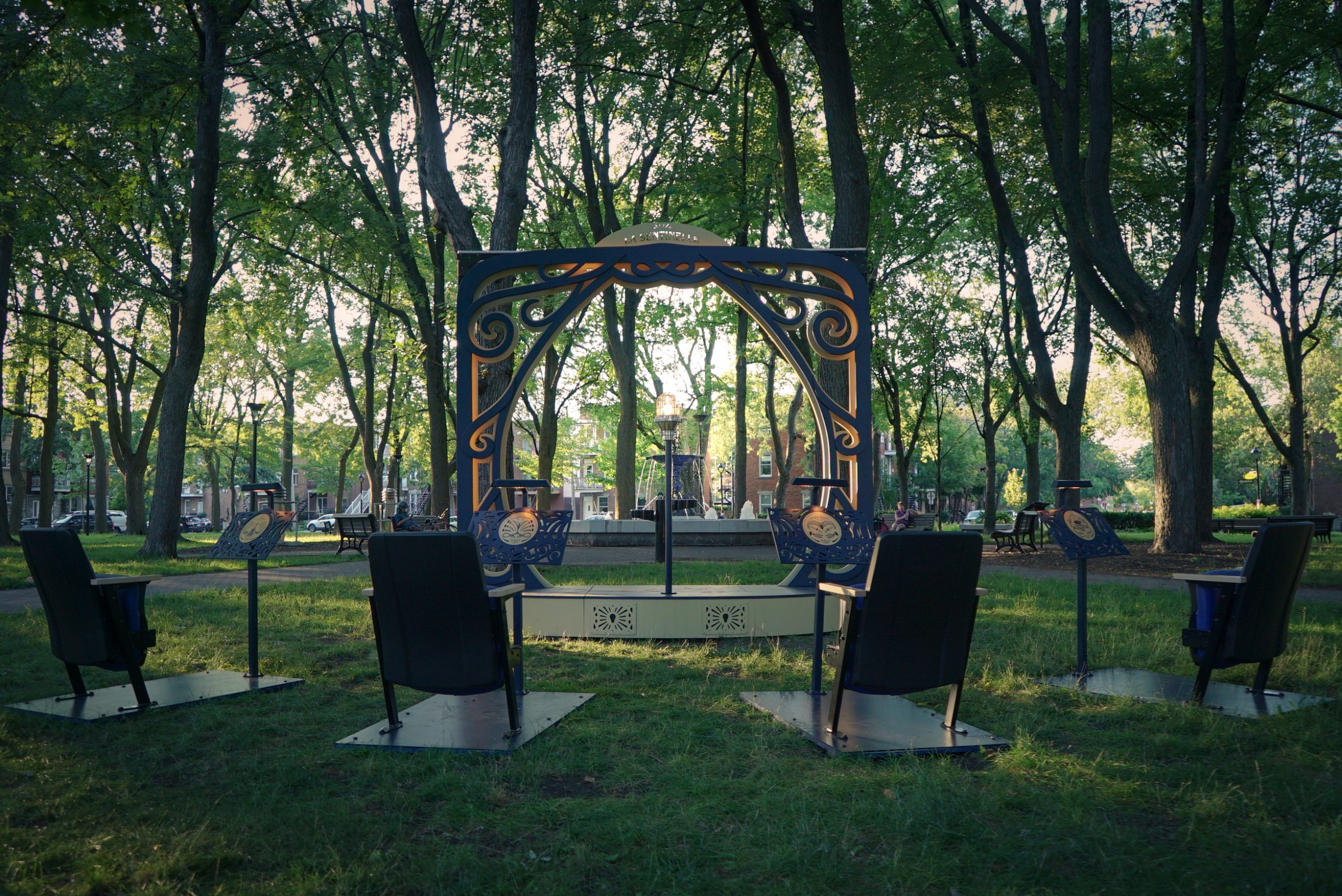 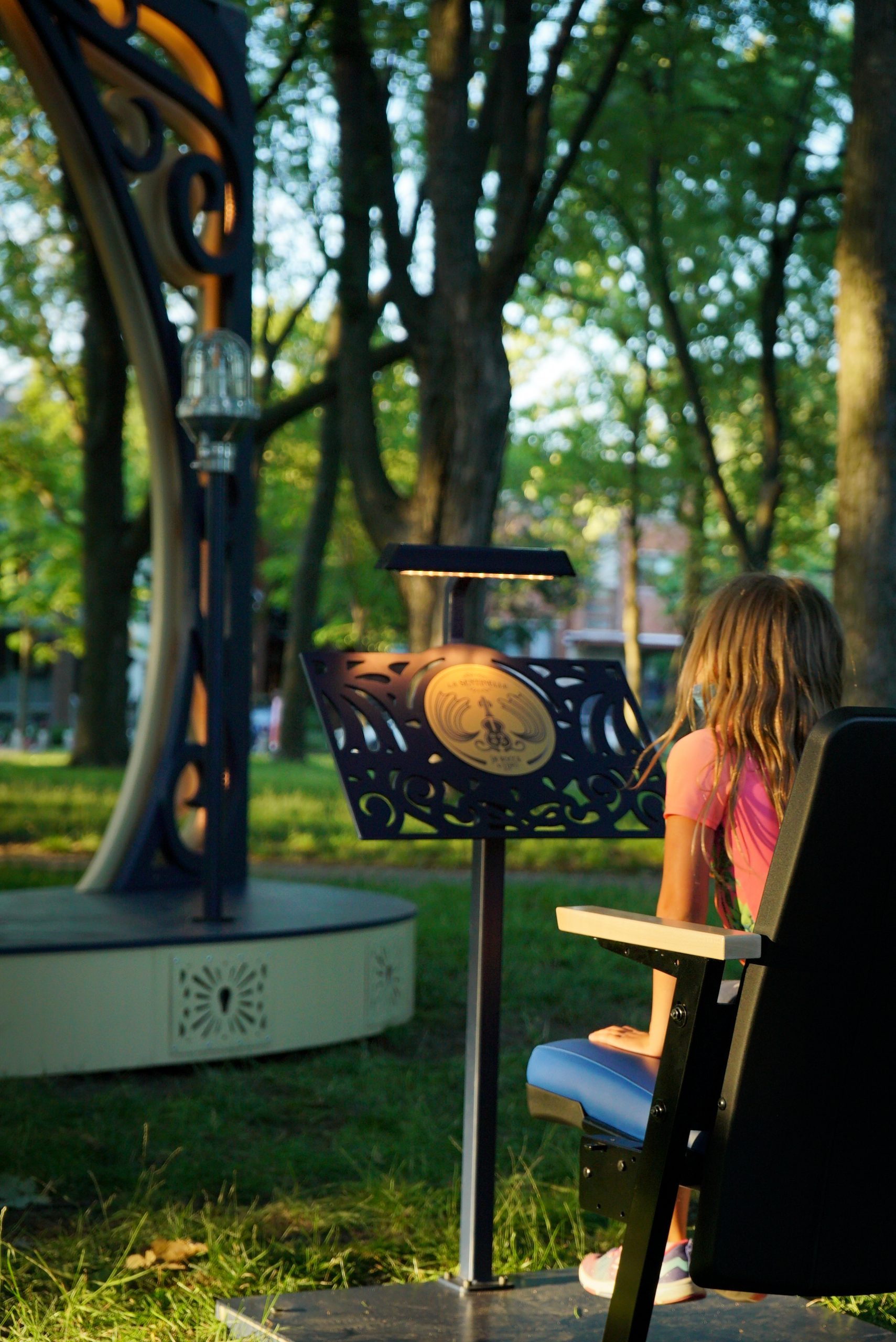 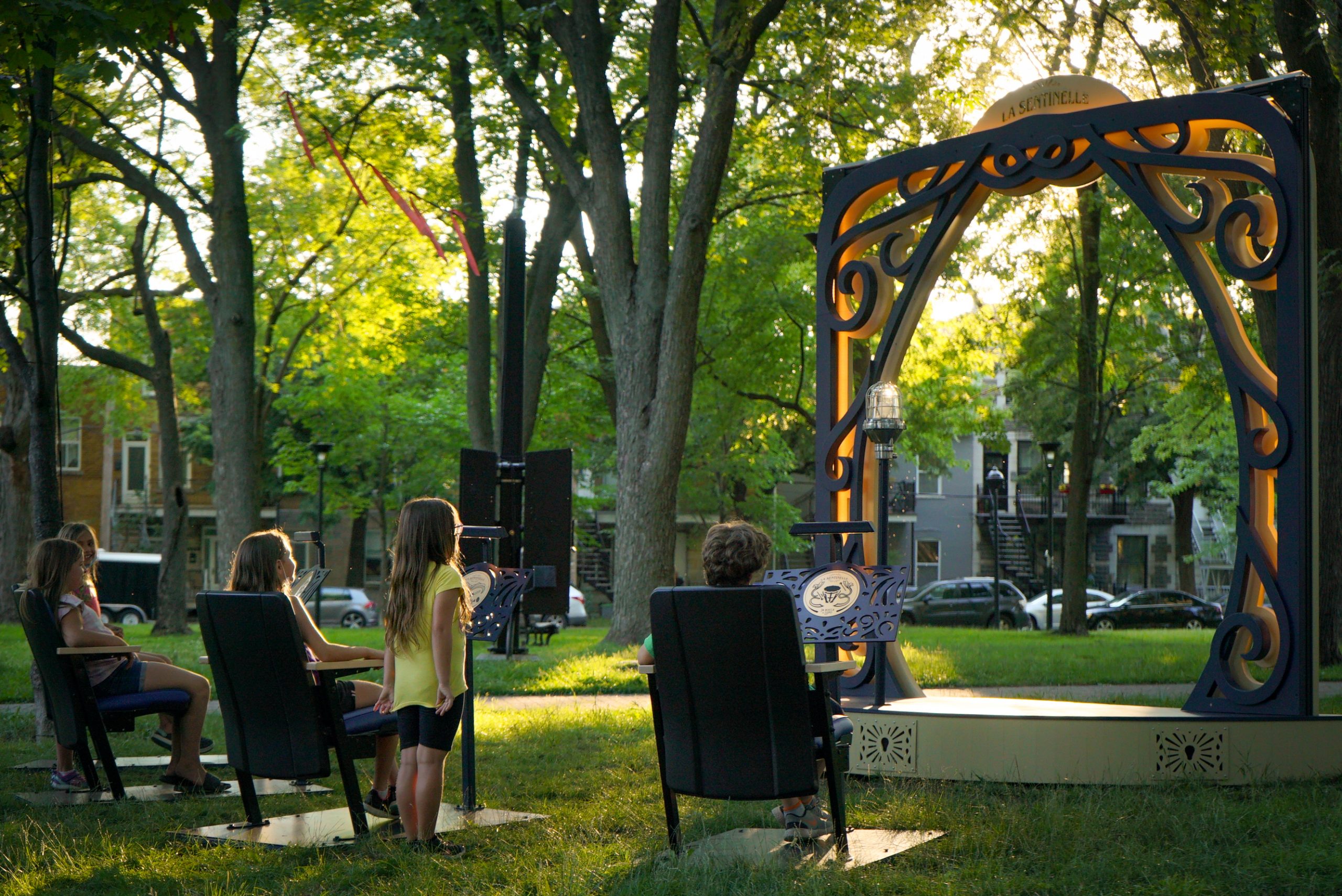 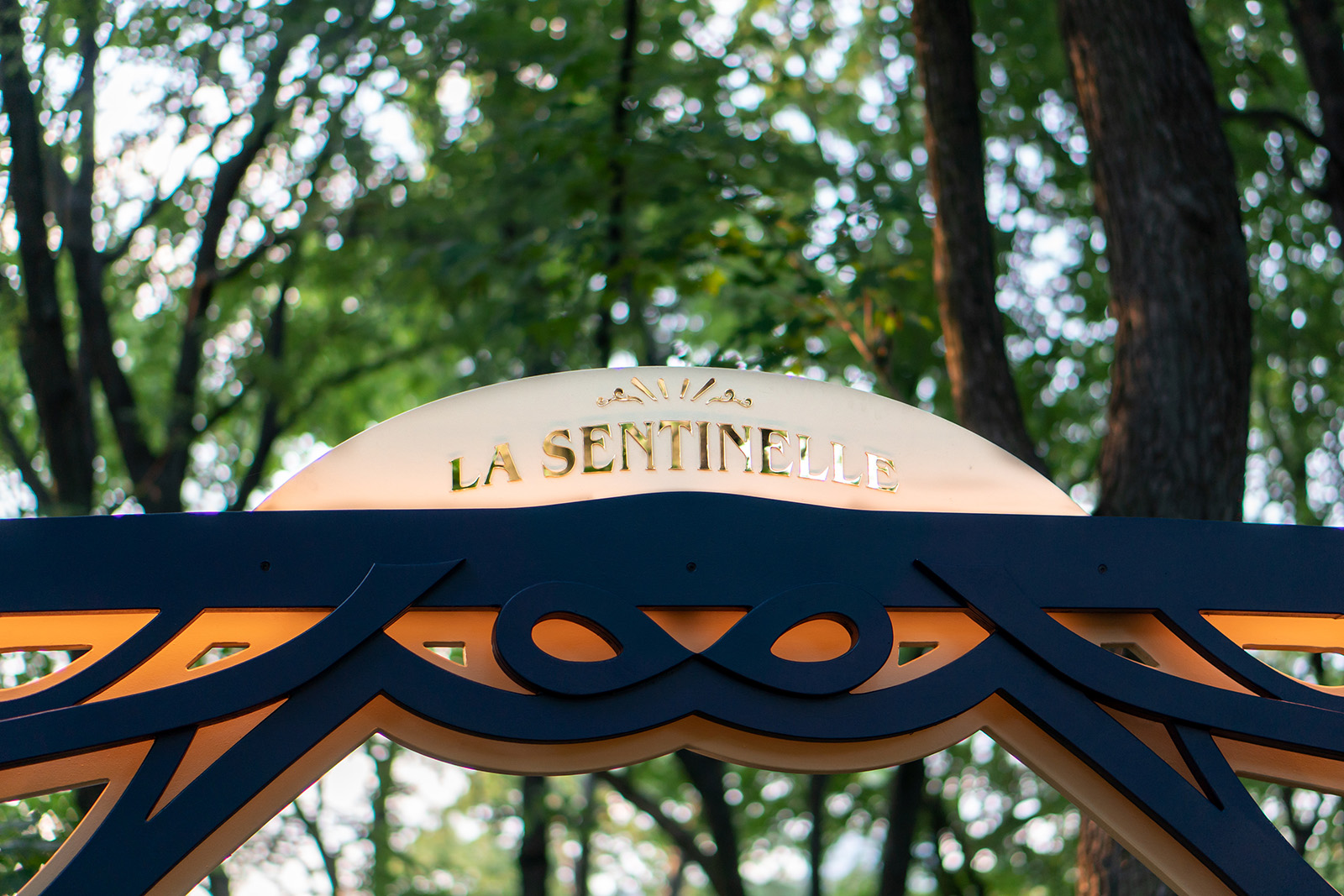 La sentinelle is an interactive installation for public spaces to surprise passersby and invite them to an outdoor open air concert hall magnified by symphonic music.

By tradition, a “sentinelle” (ghost light) is a light source that stays on when night falls, after the show is over. Mainly a safety light, this “sentinelle” is also part of different stories and beliefs telling that it calms the spirits that inhabit empty theatres.

Co-created by Montreal based studios mirari and La boite interactive, La sentinelle pays tribute to live arts creators and bids the general public to break the infamous fourth wall to interact with this artwork. The installation takes the different sections of an orchestra apart, so participants can experiment with it and discover symphonic arrangement.

La Sentinelle is a part of the In bocca al lupo series of poetic performances presented via installations created for public spaces to encourage interaction between passers-by and in doing so, strengthen social ties.

These installations are specially created for high traffic areas to grab the attention of passers-by, encourage stopping, iænteracting and seeing a public space with new eyes, restoring a sense of belonging and pride in one's city and outdoor environment.

In bocca al lupo ("in the mouth of the wolf") is an Italian expression which uplifts a person who is going to be subjected to a difficult ordeal. It is customary for the recipient to answer "crepi il lupo! "("Die, wolf!"). It corresponds to the French "Merde! "used colloquially to wish someone good luck or shore up courage before a performance. The whole series is co-developped by mirari and La boite interactive

Whether for a one-time celebration or a long-term event, In bocca al lupo creates and promotes togetherness and culture, using public space as a playground for narration and transforming mundane routine into performance art.