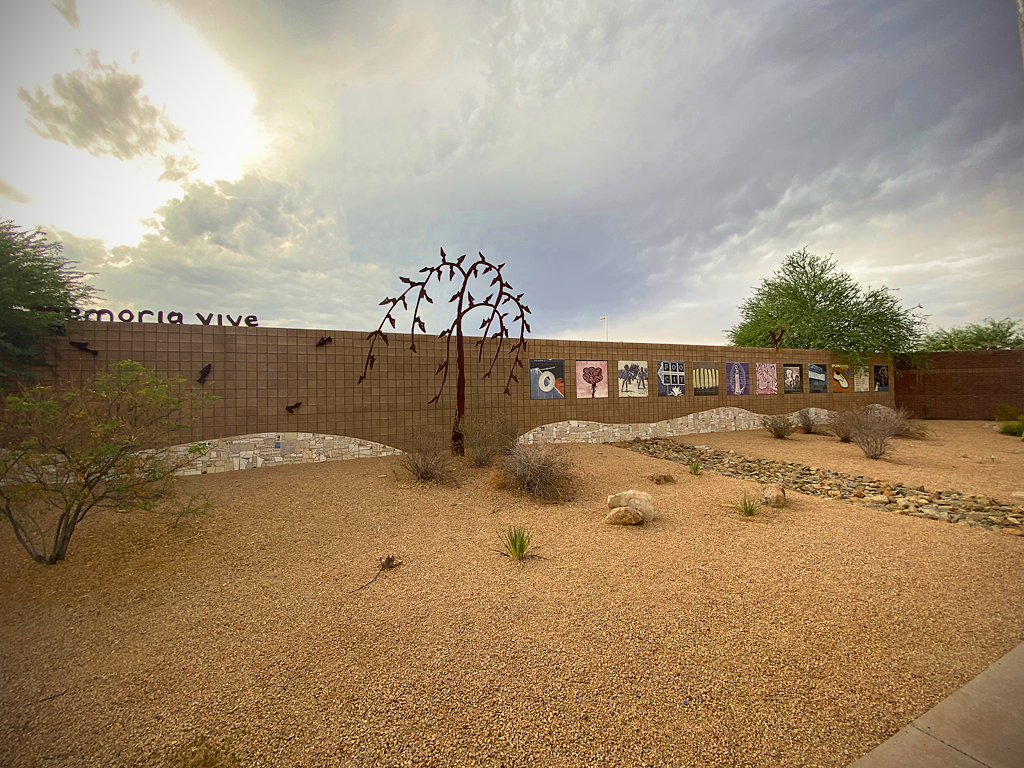 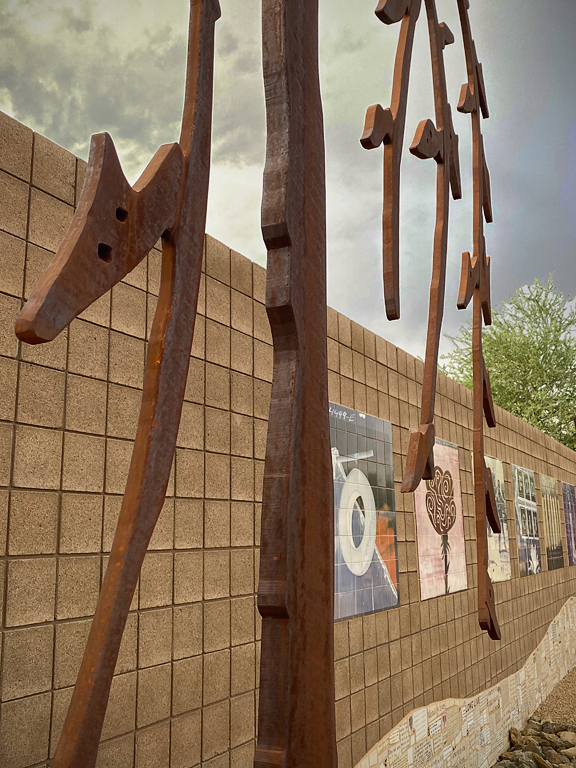 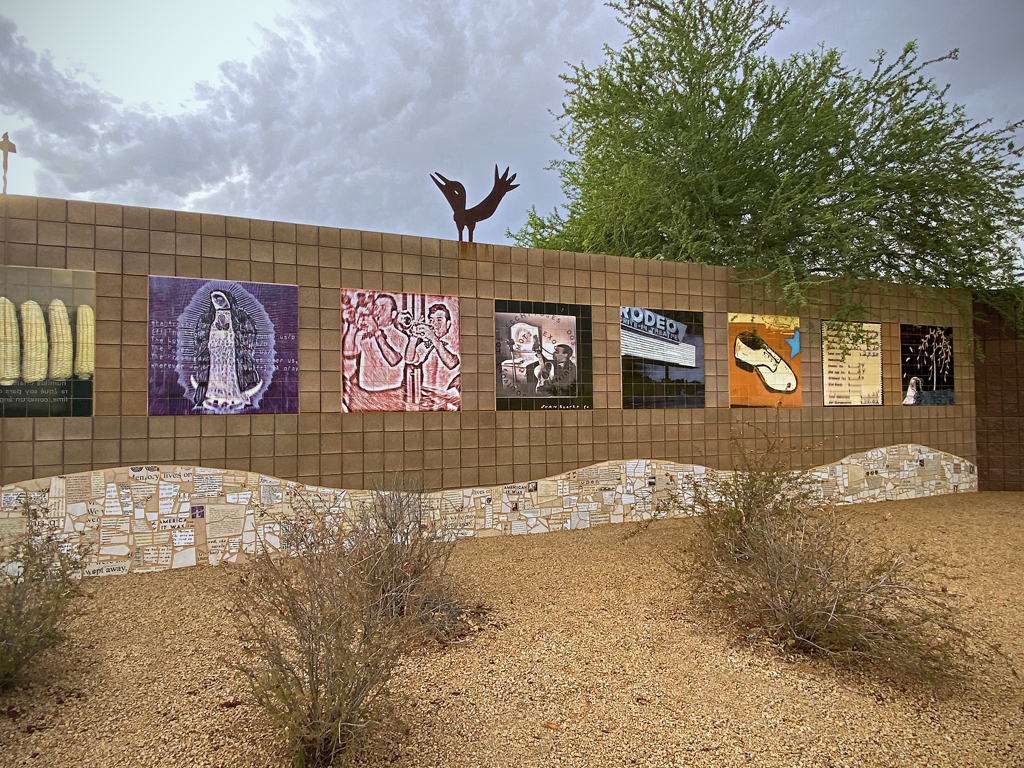 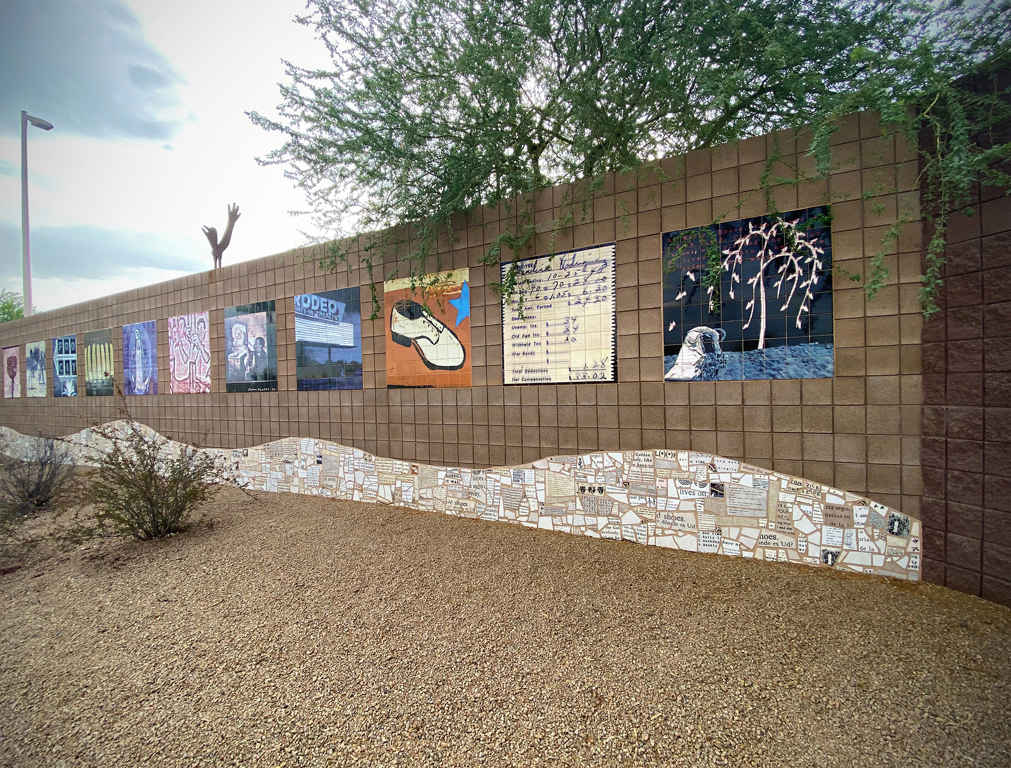 The goal of this project was to create a commemorative landmark for the Golden-Gate barrio, which was paved over due to the expansion of the Phoenix Sky Harbor Airport.

Designed to incorporate written and oral histories of residents of the Golden-Gate barrio, La Memoria Vive is the end result of a collaboration between Phoenix Public Art, the stakeholders, and our studio.

La Memoria Vive/Memory Lives On. Steel, cement block, and ceramic tile, 100’ x 15’ x 12’. “We were moved, the Golden-gaters, swept away carelessly, like tossing away old shoes.”