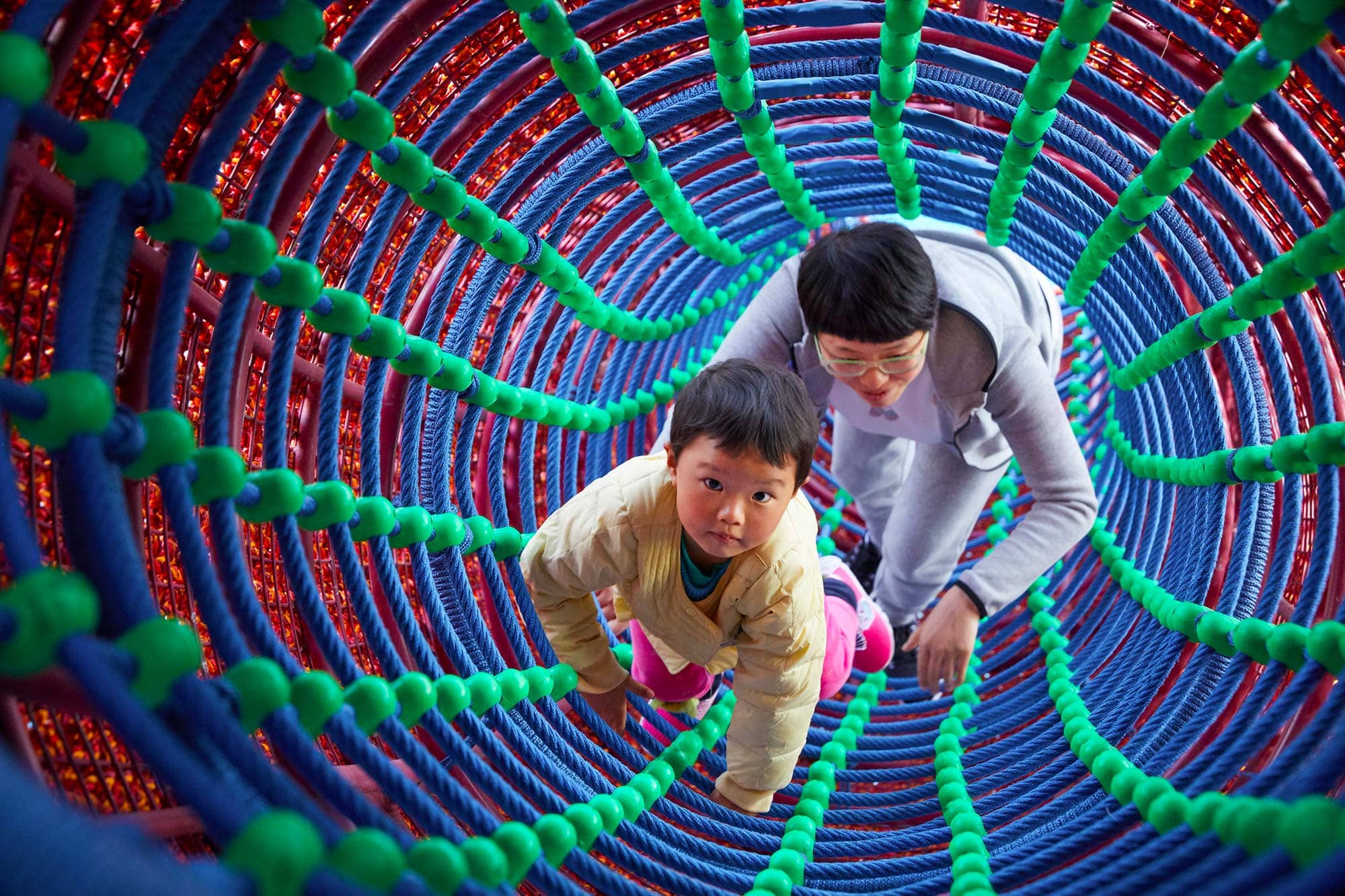 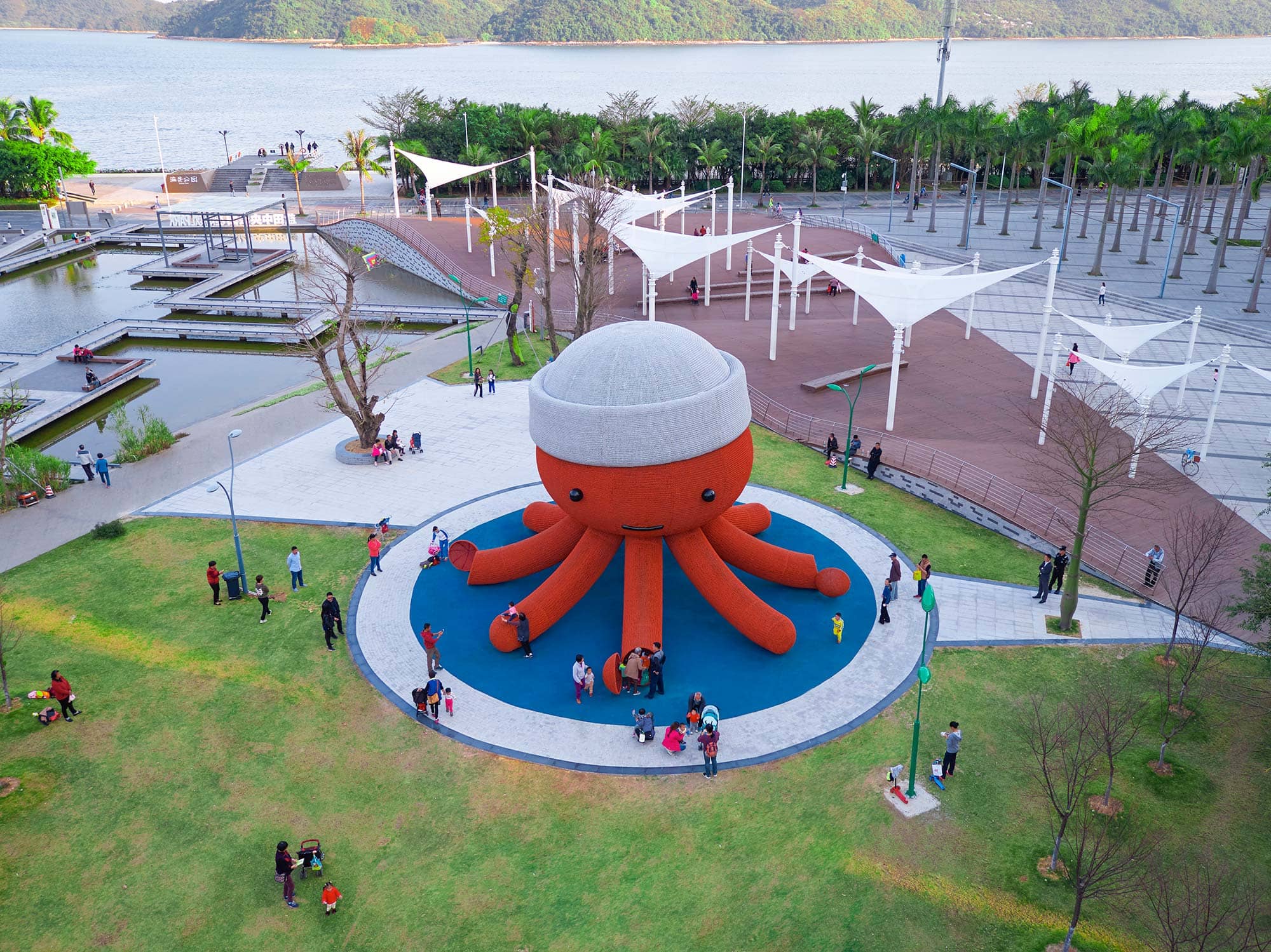 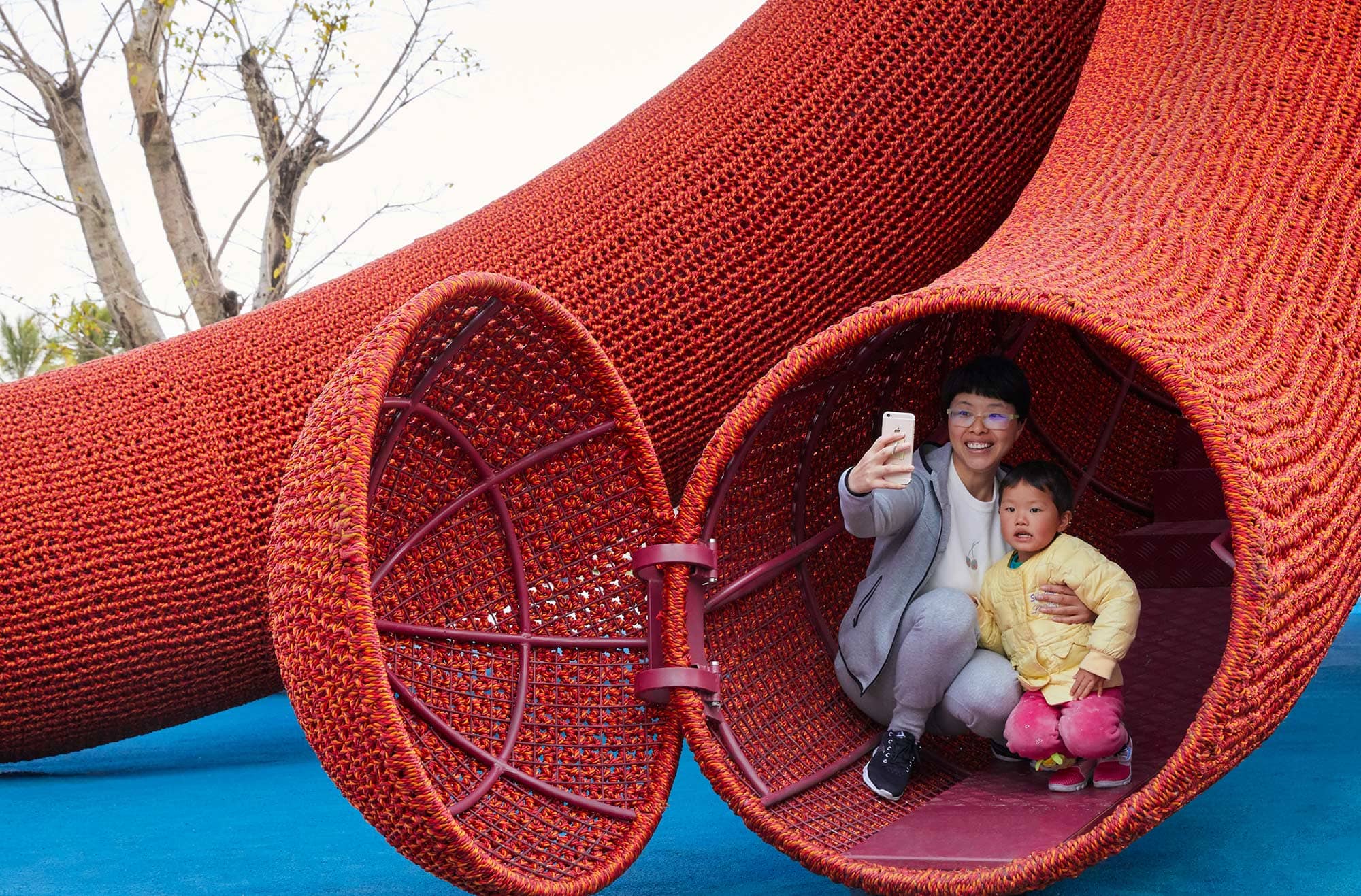 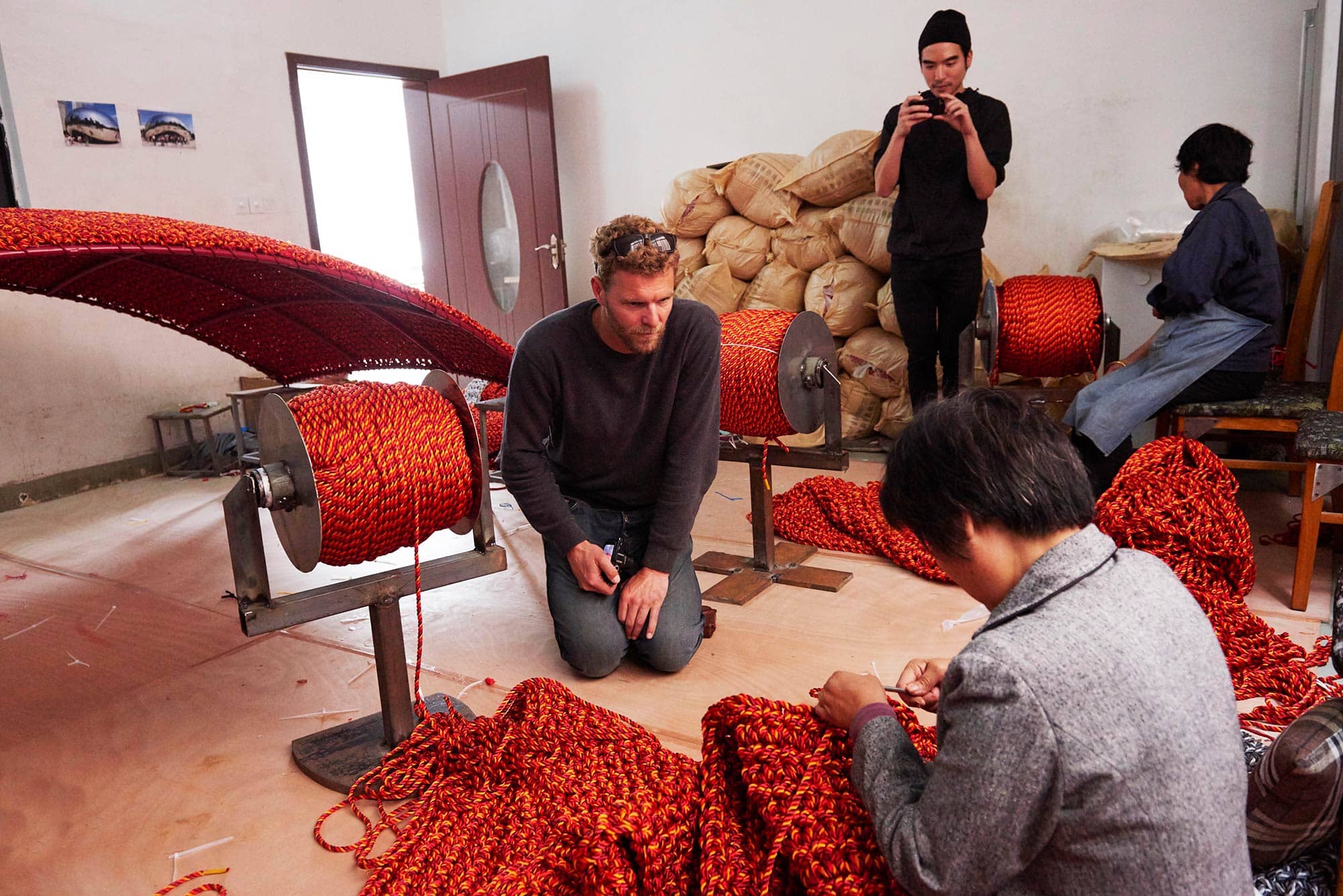 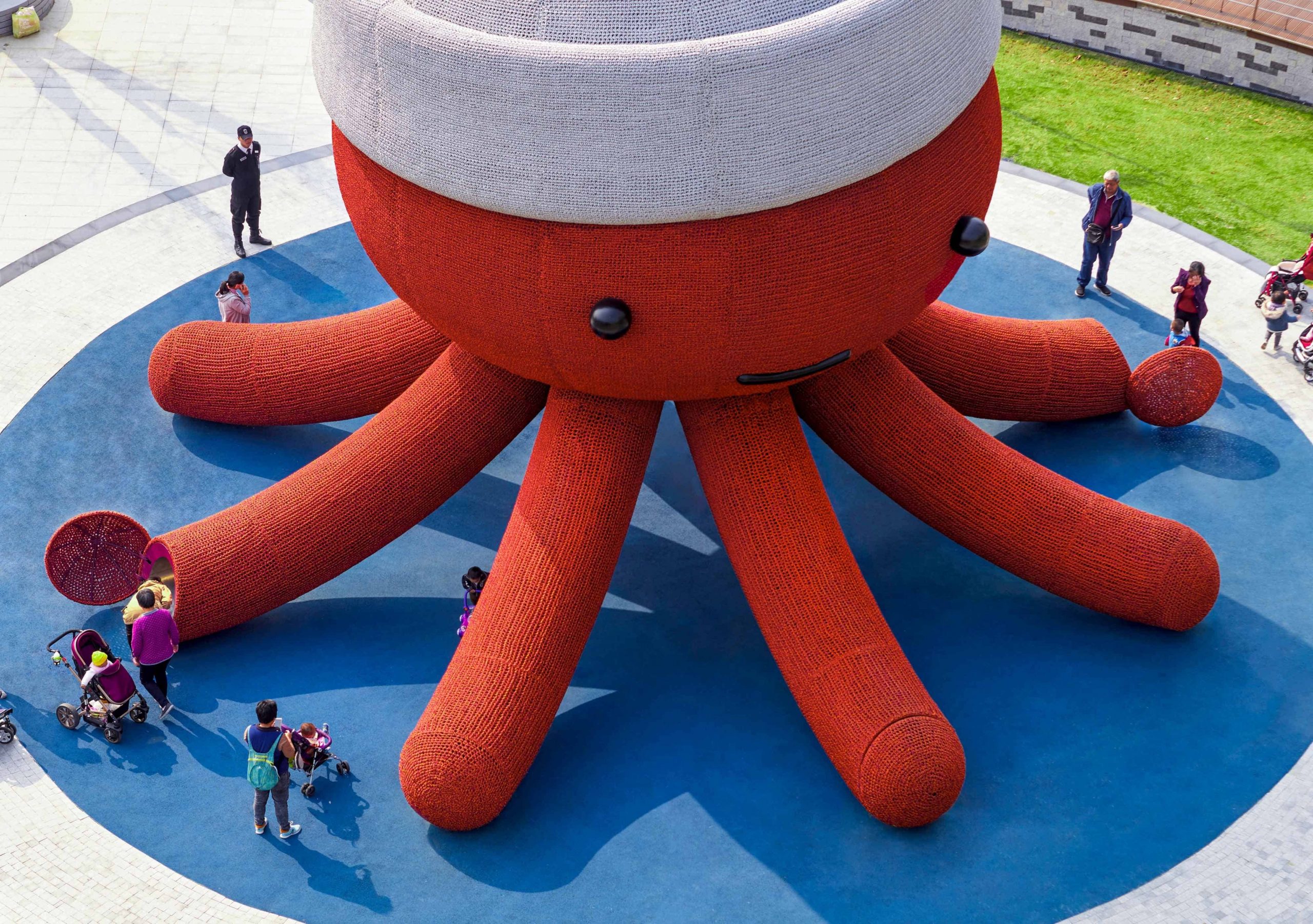 Kraken, a giant octopus by artist Florentijn Hofman and creative studio UAP, has been unveiled in Shenzhen. The large scale artwork features on the seaside park of Vanke’s One City Development in Yantian district and forms an immersive, magical playground.

Florentijn Hofman is the Dutch artist renowned for his scaled up animal sculptures including the Rubber Duck, a giant inflatable yellow duck which he created in 2007 and has since travelled to more than 25 cities around the world.

Kraken has been designed alongside the Shanghai team of UAP, which has gained an international reputation for collaborating with acclaimed artists to deliver large-scale artworks.

The imaginative sculpture is inspired by the history of the area where, until recently, the harbour housed a battleship, which blocked the panoramic ocean views of Hong Kong. The name Kraken is a nod to the mythical giant sea monster known for attacking sailing vessels, and in the same way, Hofman’s Kraken stands guard over the harbour that looks out to Hong Kong in the distance.

As a subtle and humorous gesture, Kraken juxtaposes the narrative of a terrifying mythological creature that lives deep in the ocean with a whimsical form reminiscent of an old fashioned and crocheted soft toy.

International studio UAP worked with Florentijn Hofman on the design development and fabrication process, exploring the potentials of materials and forms required to bring the artist’s playful vision to life. Kraken stands at a towering 9.5m high and 13m wide, with eight tentacles and four entrances/exits attracting both children and grown-ups from all directions.