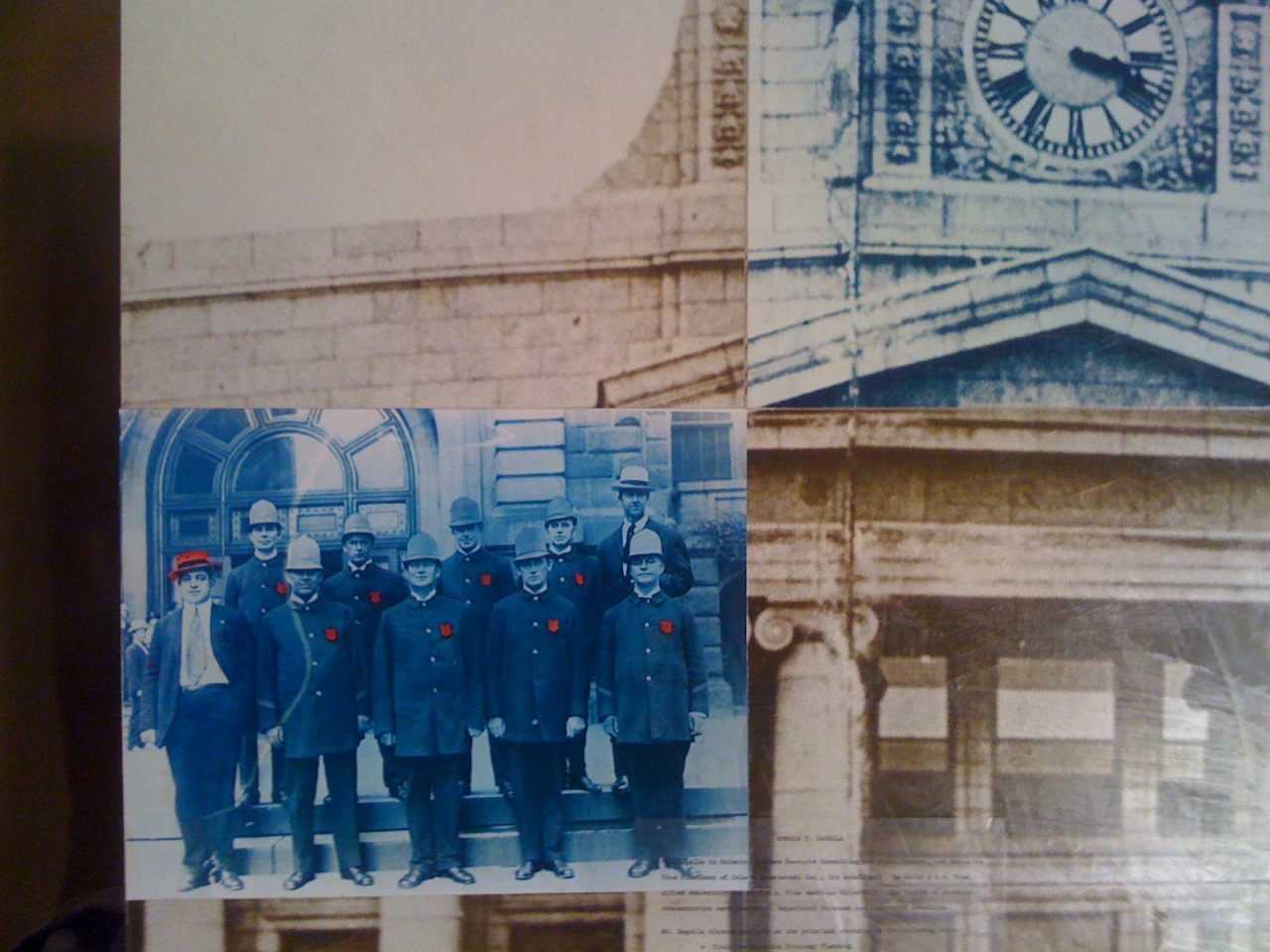 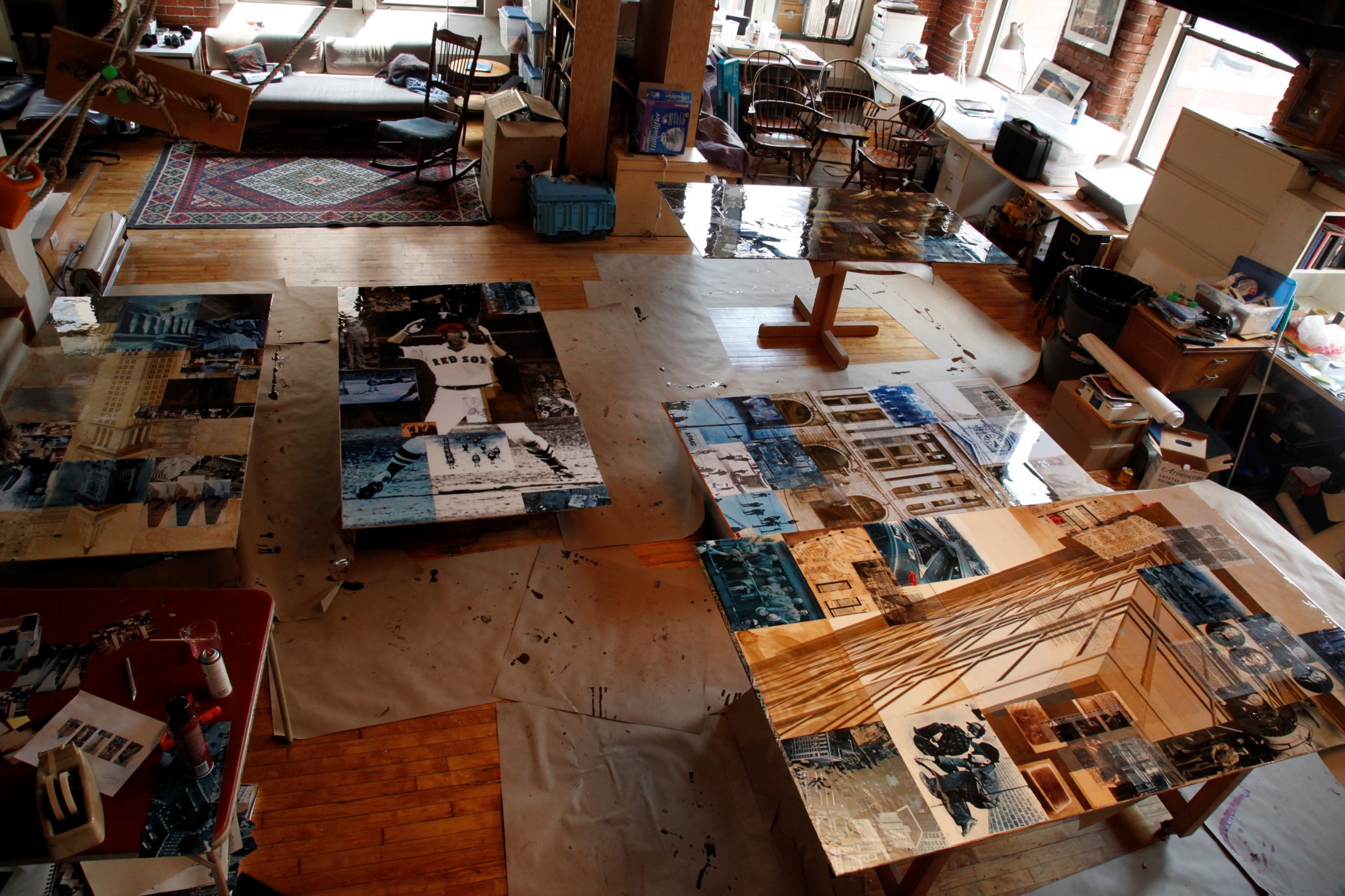 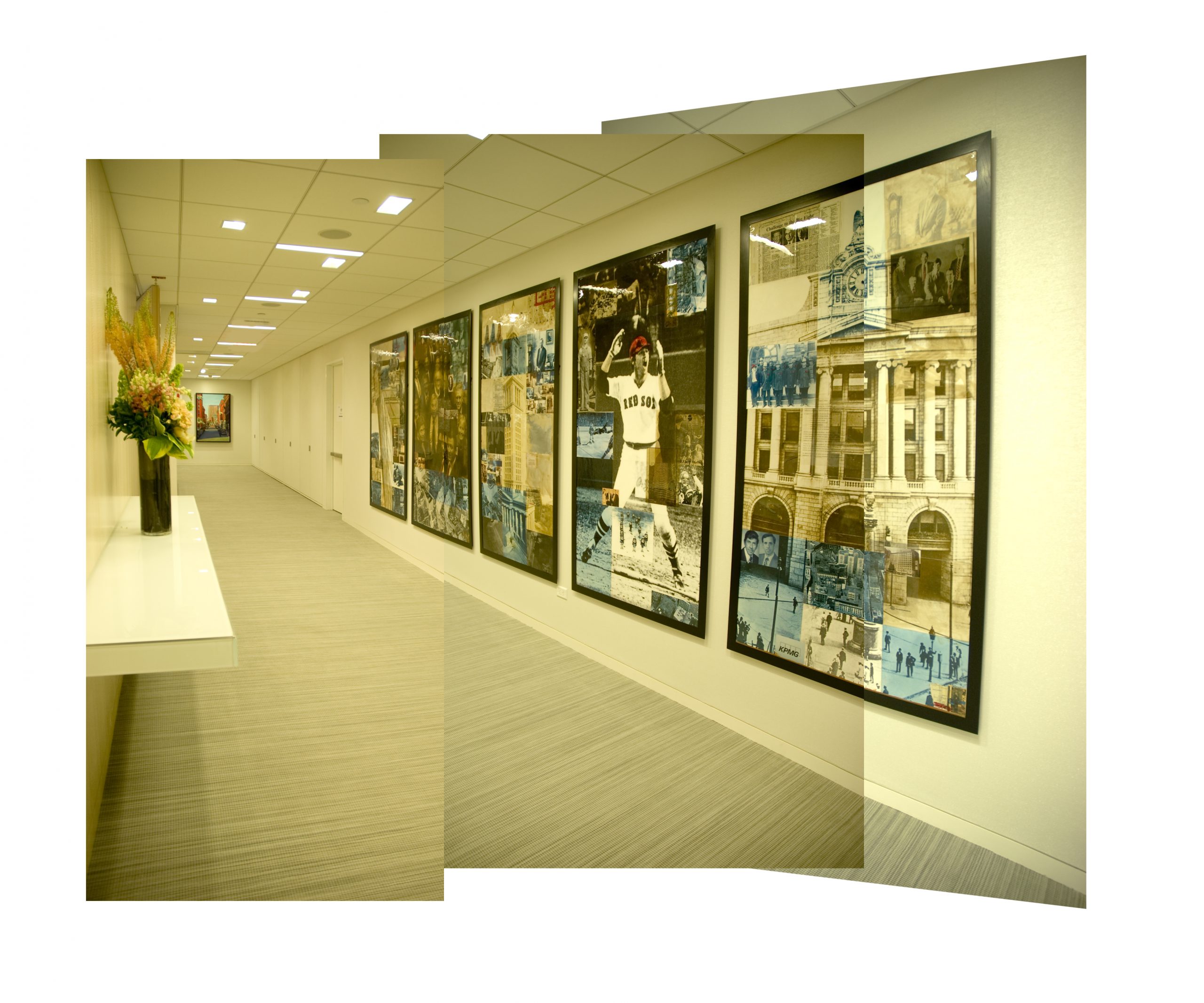 “KPMG Centennial Commission” is a mixed media collage created by Stephen Sheffield and was commissioned by KPMG for their new office in Boston, MA. The design and execution of the piece was overseen by KPMG, the architects (Perkins Will) and the art consultants (John Kirby & Kate Anderson, Boston Art). The artwork is comprised of 5 panels, each of which is 77” x 42”. Sheffield hand paints and collages historic and contemporary photographs which are then mounted onto wood panel and coated with acrylic.

The commission was part of KPMG’s overall art program which incorporated new art into their existing collection for their new space in downtown Boston. Their office relocation coincided with KPMG’s centennial and the client and the architects wanted to visually commemorate this significant moment. Furthermore, KPMG’s history is closely tied to Boston’s history, so it was important that the commissioned artwork reflect and represent this connection. It was also crucial to link the past and the present. To meet this goal, the artwork contains photos of current KPMG employees and also a portrait of all the living and current KPMG executives, taken by Sheffield during an event organized by the firm. The executives also brought firm memorabilia to the event that was photographed by Sheffield and integrated into the final design.

The client (KPMG), architects, art consultants and artist worked closely together to successfully design and execute the commission. After the team selected Sheffield, the artist then researched and collected historic images, from various Boston historical societies and from KPMG’s archives, to incorporate into the collage. A number of sketches were reviewed by the team and modifications were incorporated per the client’s feedback.

The commission was unveiled during a ceremony with KPMG executives and employees and Boston mayor Thomas Menino, and even a bagpipe band, baritone policeman singer were present for the ribbon cutting. Sheffield spoke about the artwork and the process and presented Mayor Menino with a print of the commissioned piece. KPMG was thrilled with the commission as it successfully weaves together the firm’s and Boston’s history.