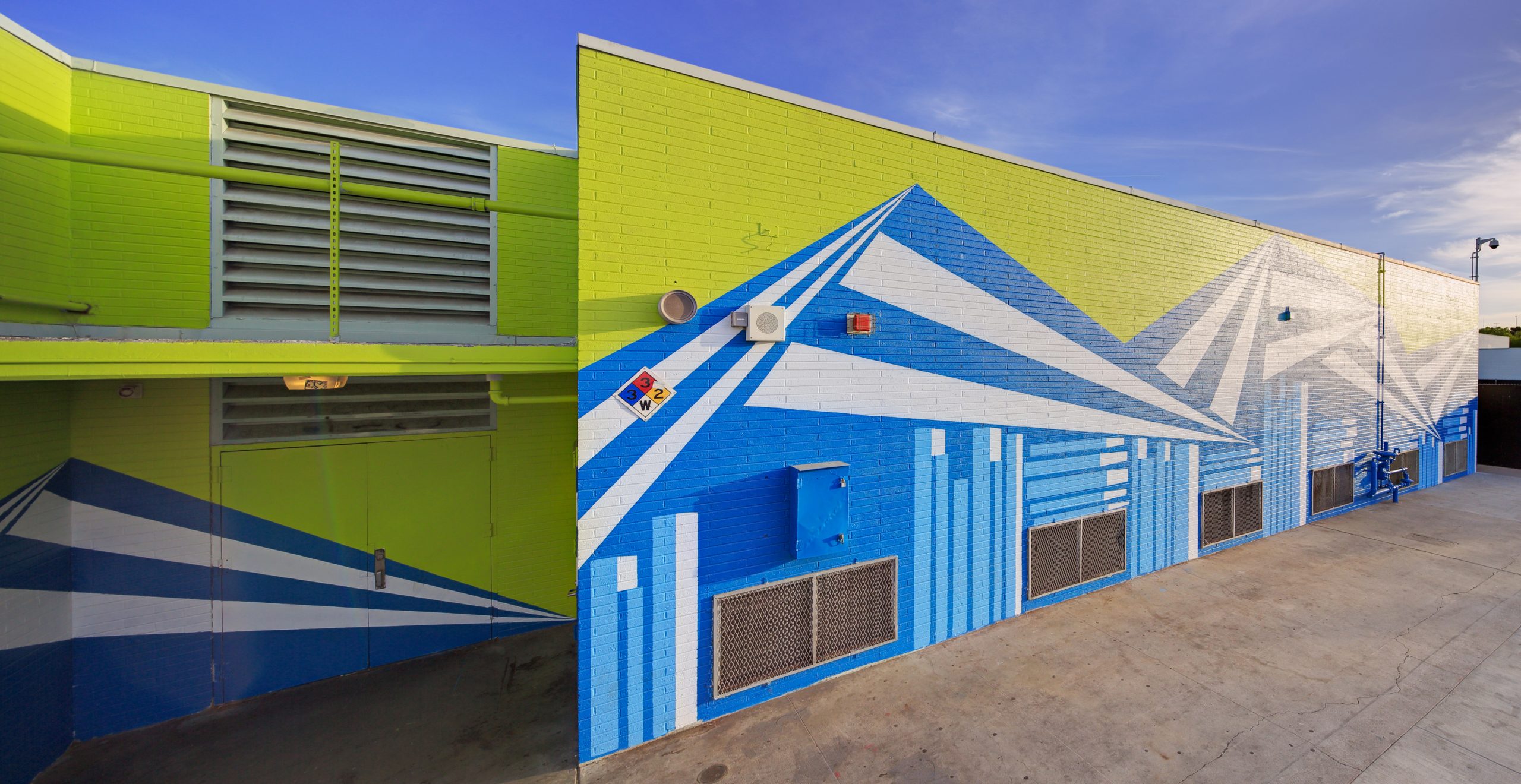 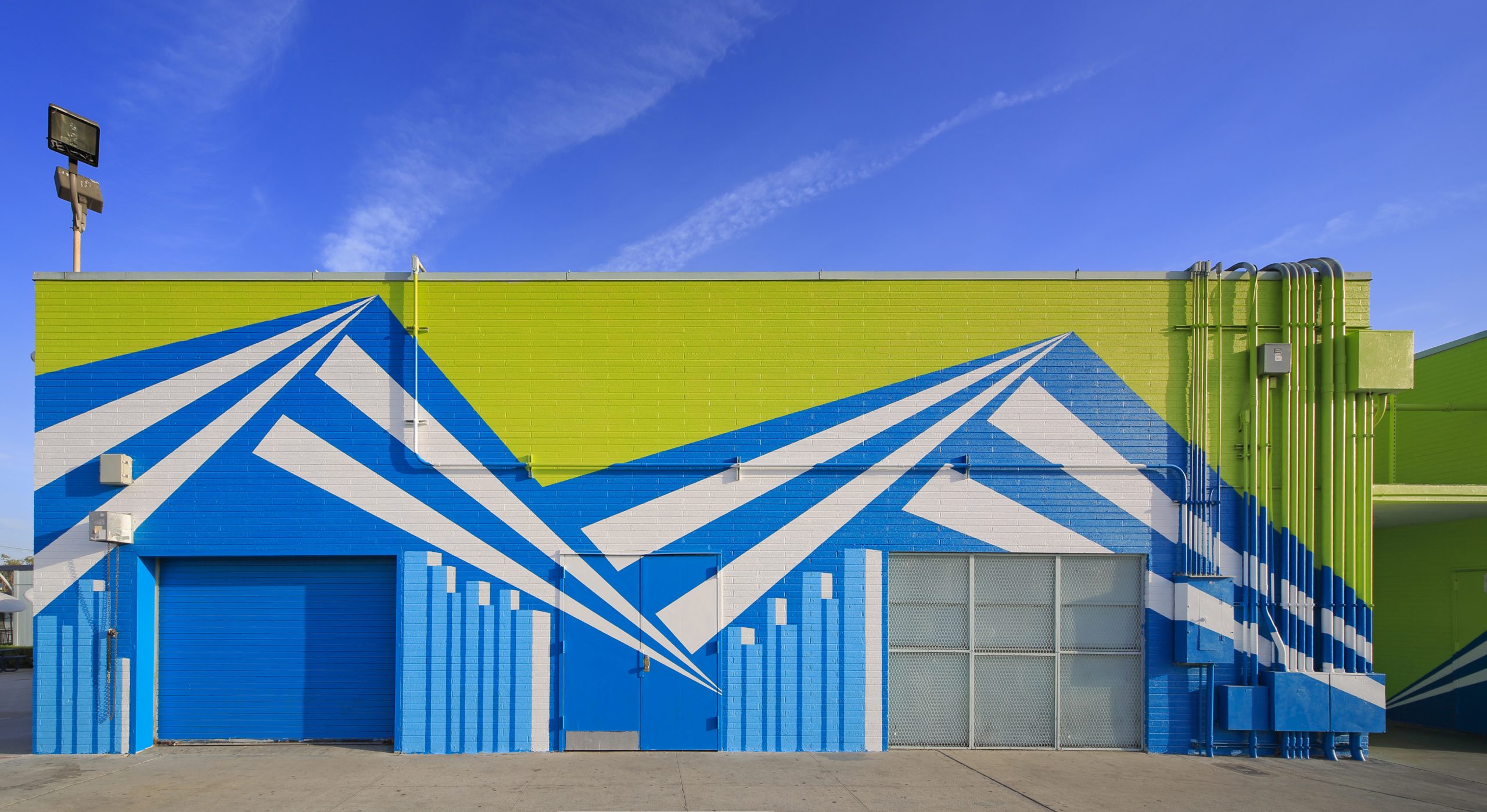 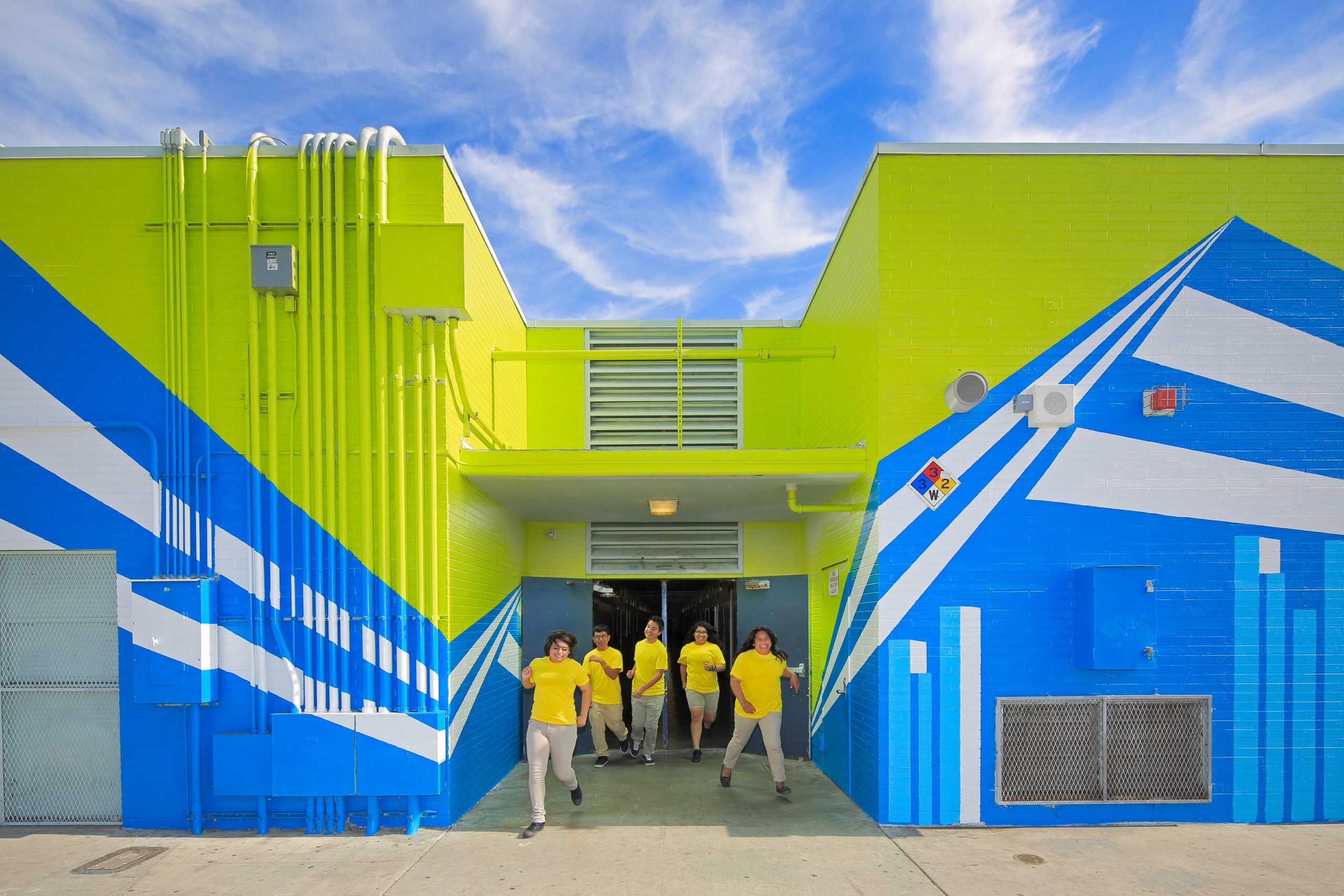 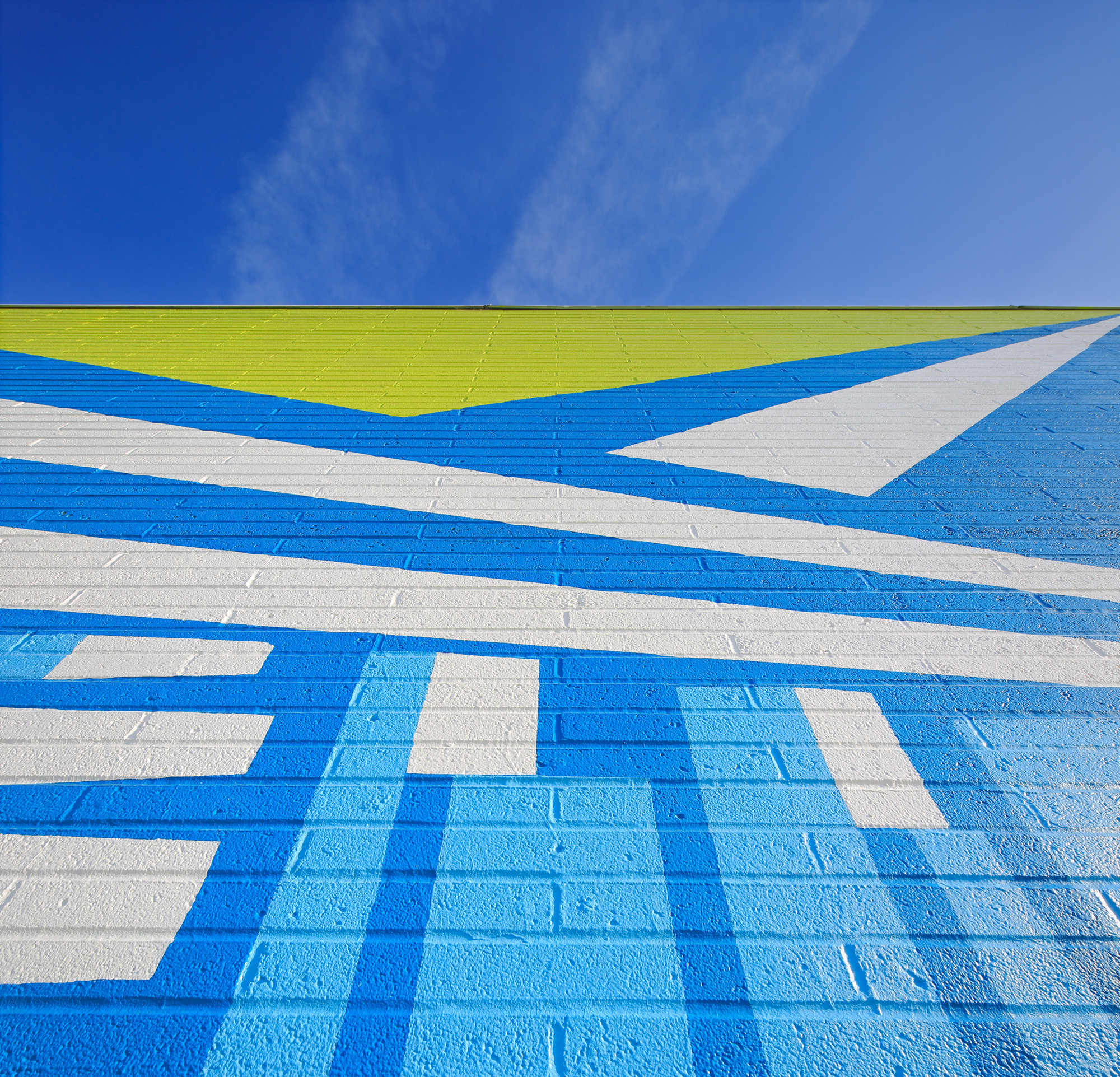 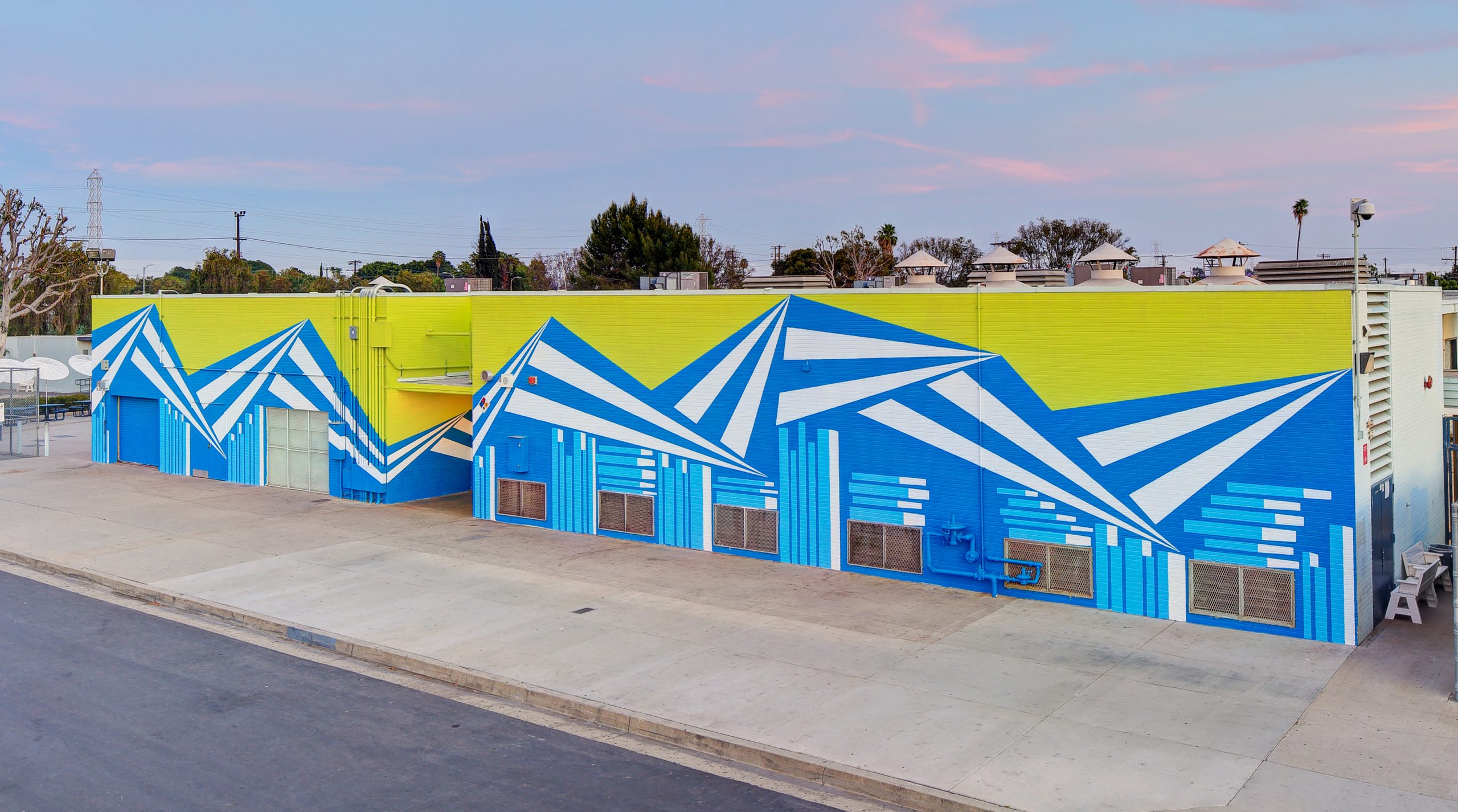 The project involved designing and fabricating a wall graphic at Alain Leroy Locke High School in South Los Angeles. Part of Academy A's Beautification Plan, a group of eighteen 10th grade students were selected to participate in the painting process. The administrators hoped to build school pride and ownership by engaging the students. The completed mural is 2,500 square feet and wraps around the North side of a classroom building. The idea for the design was to create a powerful graphic that could inspire faculty and students while improving the quality of the existing public space.

Artwork integration was critical because the mural was part of a community building and strengthening initiative. In 2008,Green Dot Public Schools took operational control of Alain Leroy Locke High School. Dividing the school into 4 smaller academies, Green Dot began improving the quality of education with a focus on “Life, Leadership and College”. Academy A is located at the back end of the campus and primarily made up of temporary trailers. The administrators knew Academy A's students were unhappy with their new campus location and wanted to provide something that would both excite and inspire the youth. The North wall of a classroom building was identified as the location for the wall graphic. The building is at the center of campus and the North wall serves as the backdrop for students to congregate between classes. While the artwork needed to engage, create ownership and improve public space, it was also going to breathe life into the weathered 1967 brick building. In addition to Green Dot's goals, the design had to be easily maintained by Los Angeles Unified School District, accommodate group participation, work within a small budget and consider the uneven, porous brick surface from an aesthetic and fabrication standpoint.

The concept for “Knowledge Moves Mountains” came out of several discussions with teachers, counselors and students. Asked to describe their school and the possible mural, the fifteen year old students used words like “phoenix rising”, “rebirth”, and “from hardship & failures to a bright new future”. It became apparent that the new mural needed to represent the transformation that was already in progress at Locke High and be a catalyst for continued growth.
The design is a series of blue and white stripes that crisscross over the length of the building. The stripes are being pushed up by the books below. Some stripes reach the top of the building, suggesting that knowledge has no boundaries. It was determined that the students would paint during their lunch break and Advisory period over the course of several weeks. In the evenings and weekends, teachers, faculty and parents were invited to help paint alongside the students. For liability reasons, the students painted the areas within arm's length. This meant that the students were in charge of painting the “knowledge”. Painting during school hours was also meant to show their fellow peers how the youth had a direct hand in revitalizing their campus.

After the mural's completion, Academy A students wrote letters describing how they felt about the new wall. While each student noticed something different, the wall's ability to transform was apparent. The students understood the mural represented them, their hopes and aspirations. They also understood the importance of art in the public realm. One student summed it up nicely when she said, “Thanks for giving our school life.... I think everyone should be interested in doing more art for the world because without art, this world would be dull, very dull”.