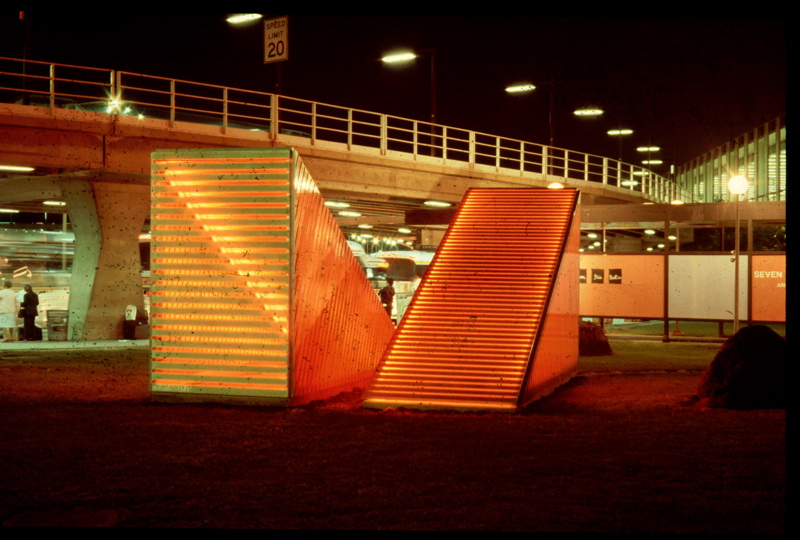 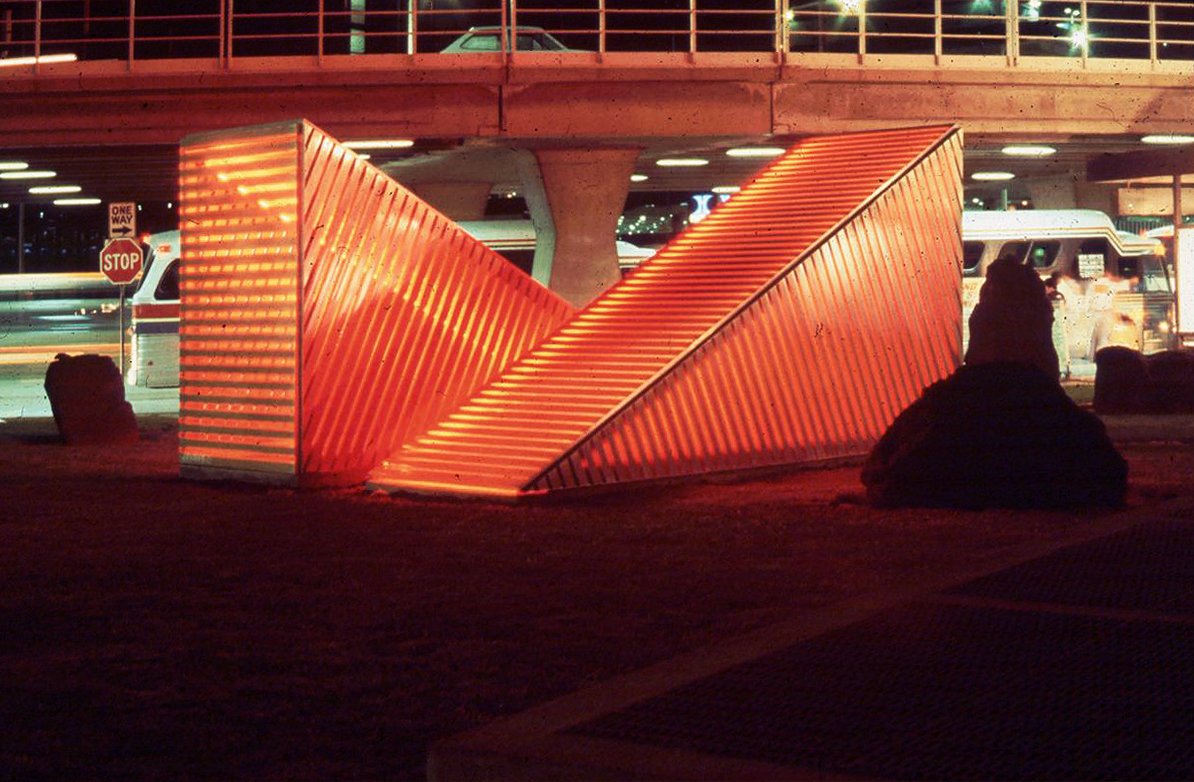 This project was started in 1976, when I was hired as a resident public artist for the City of Chicago. The project was for a site in front of the Delta terminal at O'Hare Airport in Chicago. 1978 was the 75th anniversary of the first flight by the Wright Brothers at Kitty Hawk, South Carolina in 1903. The location was a sand dune called “kill Devil Hill” The sculpture consists of two welded aluminum structures with red neon inside. During the day it shown as a bright silver color and at night, was a glowing red.

As part of a federal employment program called CETA, I was hired by the City of Chicago as a salaried public artist and was given a premier site in front of the then, Delta Airlines Terminal at O'Hare Airport. I was also given a studio in a city owned industrial building. It was ground floor and I could drive in. A skylight ran down the entire length with a rolling gantry beneath. With over 400 welds, I fabricated the aluminum and neon sculpture in the studio. The neon was fabricated by a local neon sign company. I worked directly with the airport engineers and administrators. They collaborated with me on the design and installation of the foundation, the electrical, and transportation from the studio to the site. Installation was paid for and provided by the city as well.

This first major public artwork at Chicago’s O’Hare Airport was installed 40 years ago and unfortunately, had a tragic end. Installed in 1978, and in place for several years in front of the old Delta terminal, it was “temporarily” moved, with the promise that it would be re-installed when a new terminal was completed. During those years, its storage location was unclear and when it was time for reinstallation, it could not be found. Since it was wholly owned by the City of Chicago, and the artist had no rights, it was never found or reinstalled.