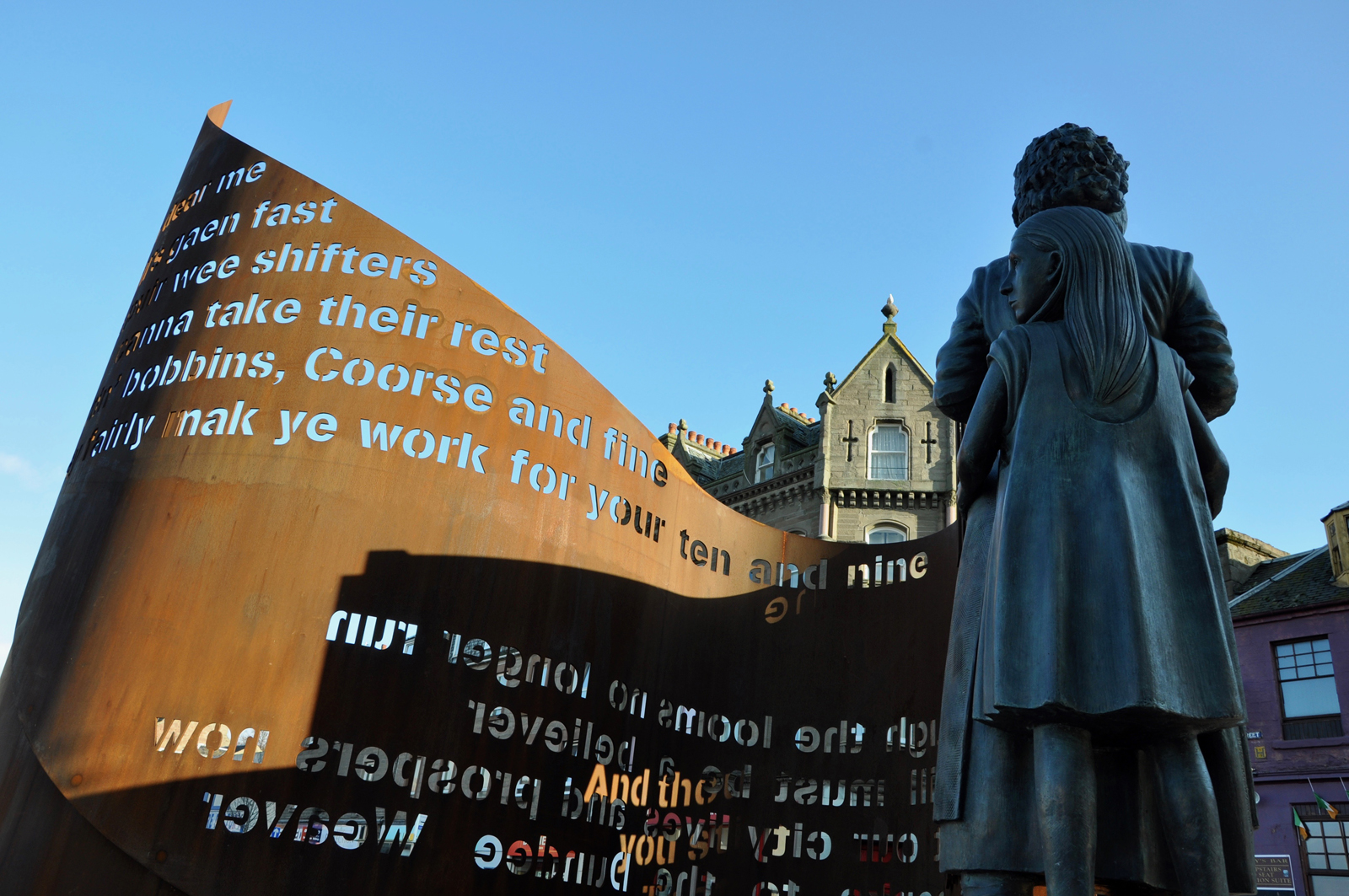 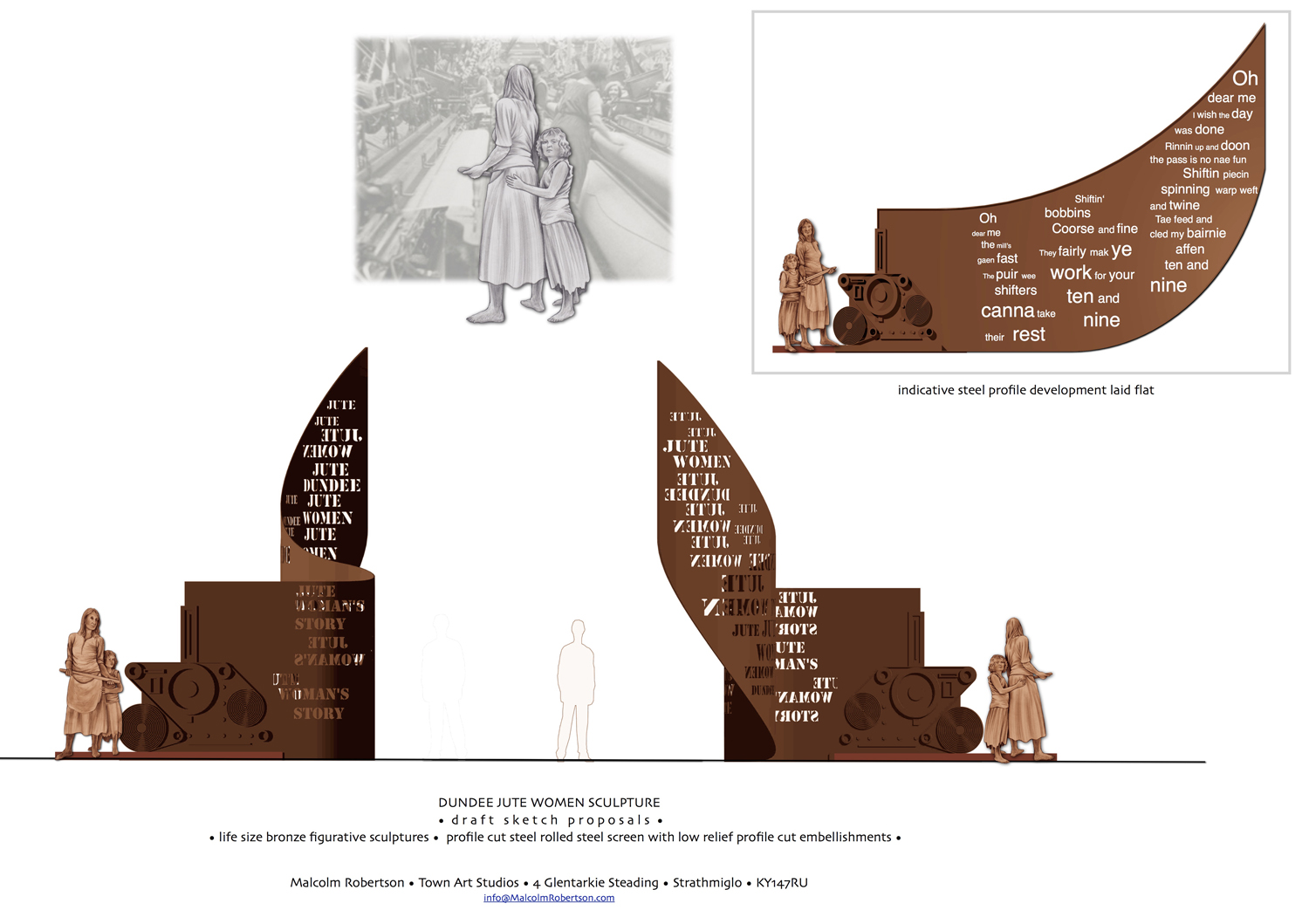 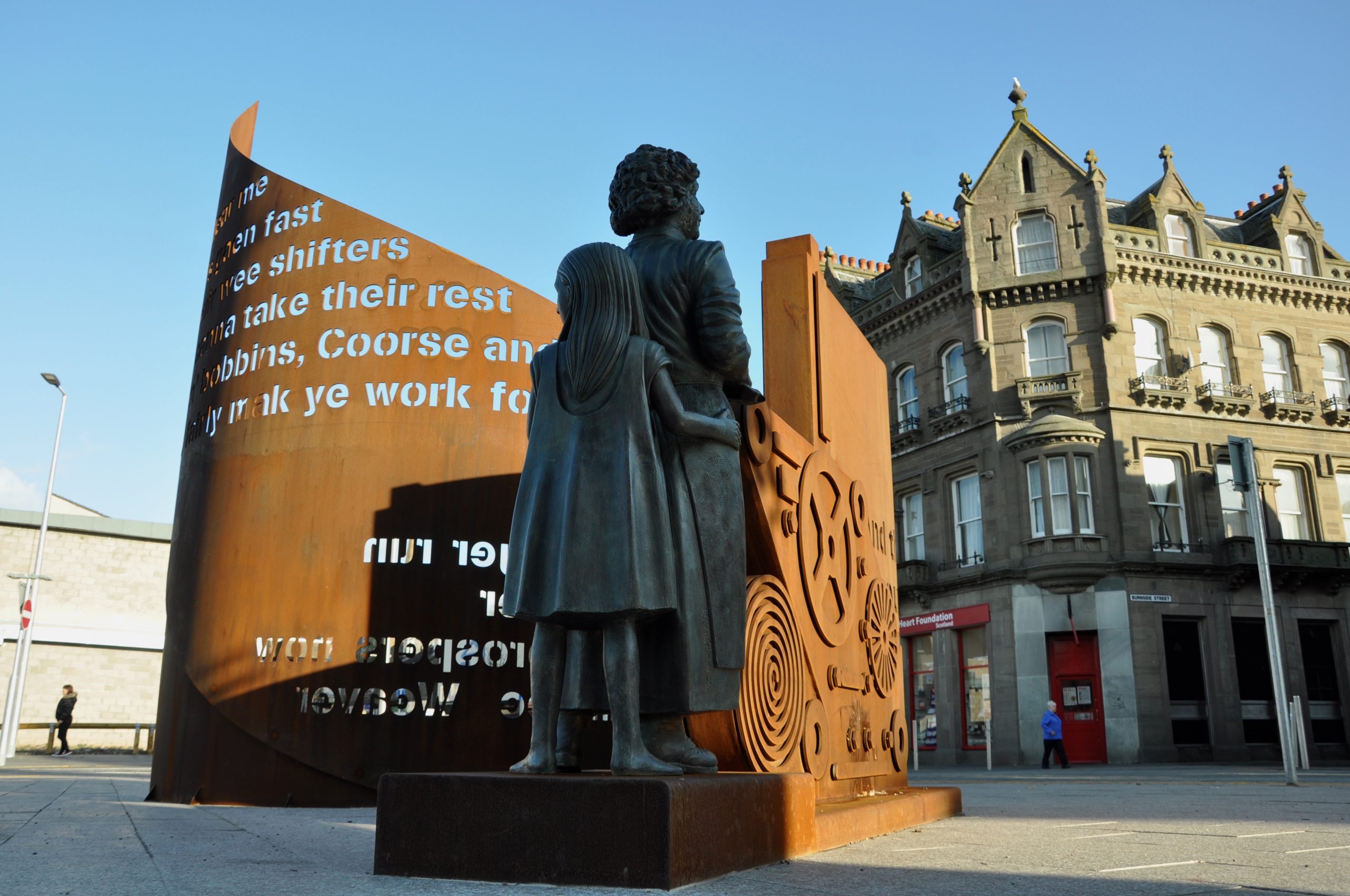 A group of former textile mill workers approached their local Dundee City Council to ask if a memorial to the women who worked in the City's mills could be erected in a new plaza that was being built as part of an urban regeneration project in their local area. The women initially thought they would like a public statue composed of 3 or 4 figures. The women wanted the sculpture to portray the tense working relationships between the hard working women, the child workers who had to scurry in and out of the machines and their brutal overlords.

As Dundee City Council had a long tradition of promoting Public Art they were keen to enter into a creative dialogue with the community and the artist, to come up with a design proposal. I became involved in the project and we shared and discussed various options with all concerned. I suggested that the artwork might have a bigger impact if structural steel forms could be used to create a more dramatic environment for people to interact with the piece. Once this idea took hold everybody became excited and the project took off.

The collaboration process between the women, city officials and myself as the artist was a great success with one of the women and her grandchild posing for the sculpture.

When the artwork was unveiled local school children came along to sing some of the songs the millworkers used to sing which are incorporated into the artwork.