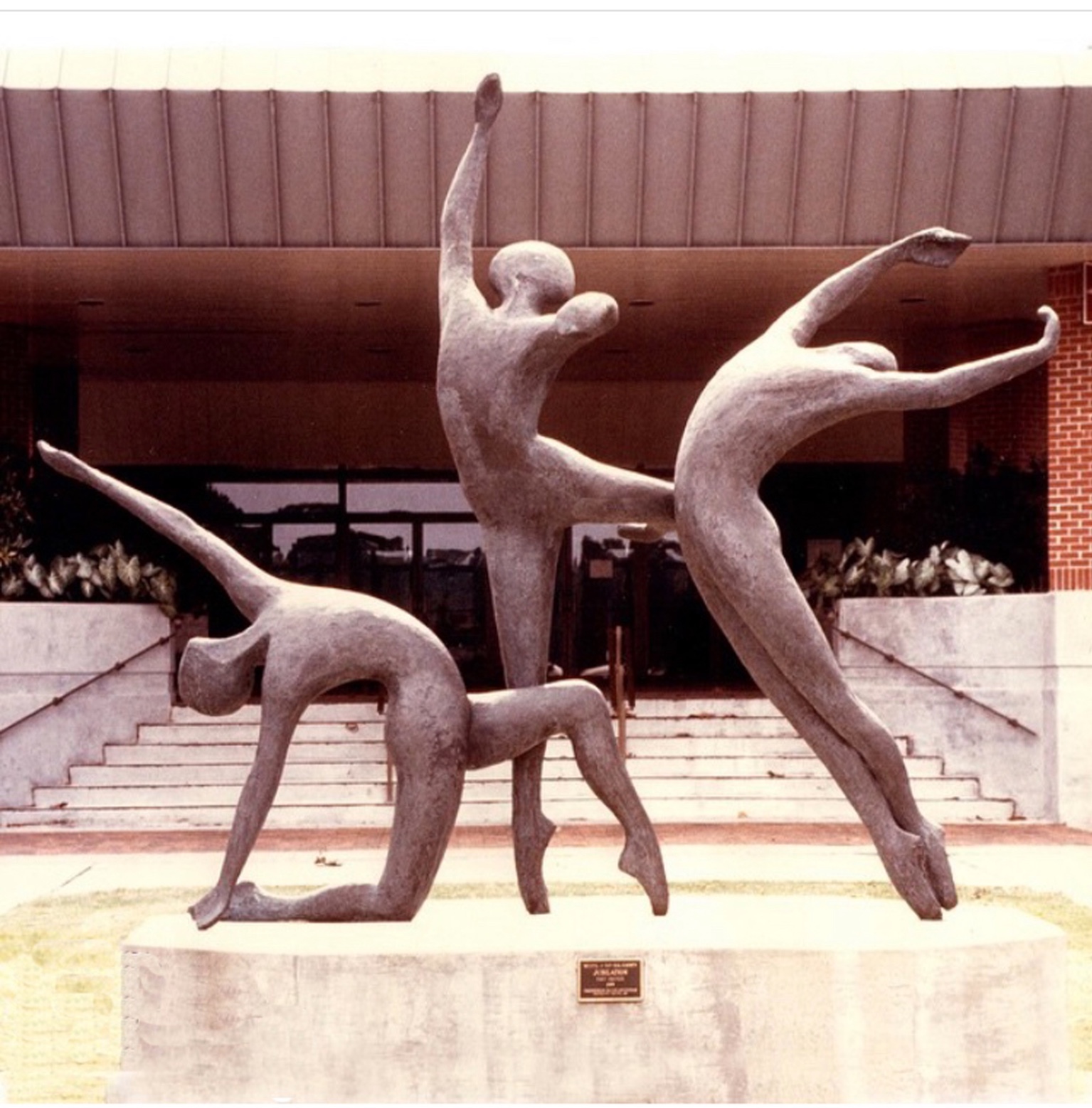 Jubilation:
This was a commission I won in 1989 by entering a design of 3 dancing figures I had made earlier separately, but now grouped together.
The figures were made with (2 agent expanded) foam then covered with a thin film of plaster.
Each figure was cut in sections in order to truck it to the foundry for bronze casting.

In 1989 I was asked to enter a design of sculpture appropriate for a Performance Hall. I won the commission by entering a design of 3 dancing figures I had made earlier separately, but now grouped together.

Willet Hall is now so old that it need to be demolished.  A new location for “Jubilation” has been discussed by citizens of Portsmouth but the city wants to keep it under wraps until technical transport details have been worked out.