Journey of My Soul - CODAworx 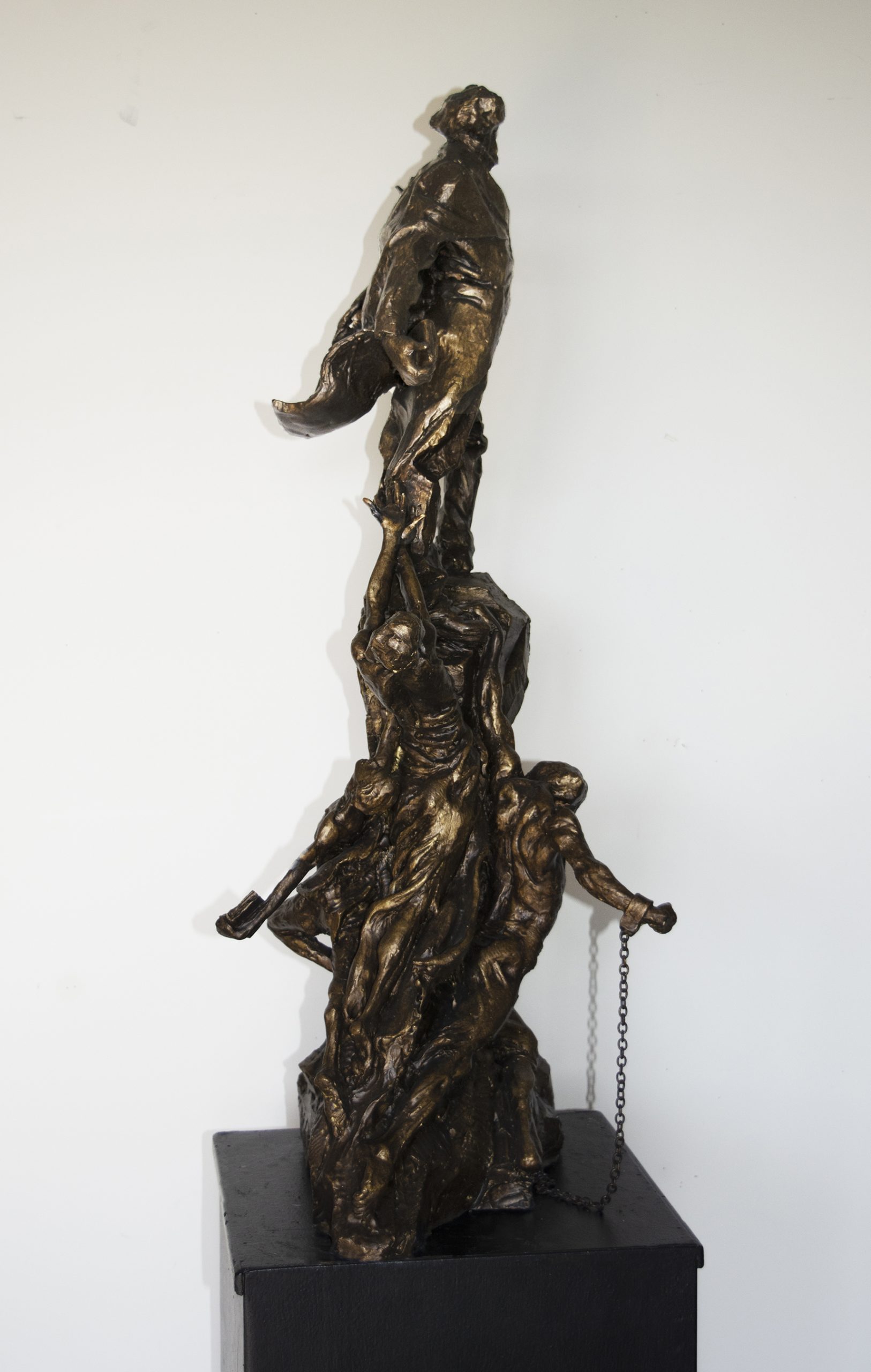 The Frederick Douglass Committee in Boston has been working for years to create a tribute to Douglass in Lower Roxbury where he lived. Mario won the design competiton in 2013 with this 34″ tall model – Journey of My Soul. The project has not been realized yet.

The proposed location was a small pocket park in Lower Roxbury where a vertical 3D storytelling sculpture would be most appropriate. The proposal specifically requested that the artwork inspire children, so the four figures on the sculpture tell portions of Douglass' life - the most transformational moments. The strong gesture is meant to convey the intensity of the moments when Douglass' mother gave up her baby, the young Douglass learning to read (which changed his life forever), and the enslaved man who chose death or freedom, but no compromise.