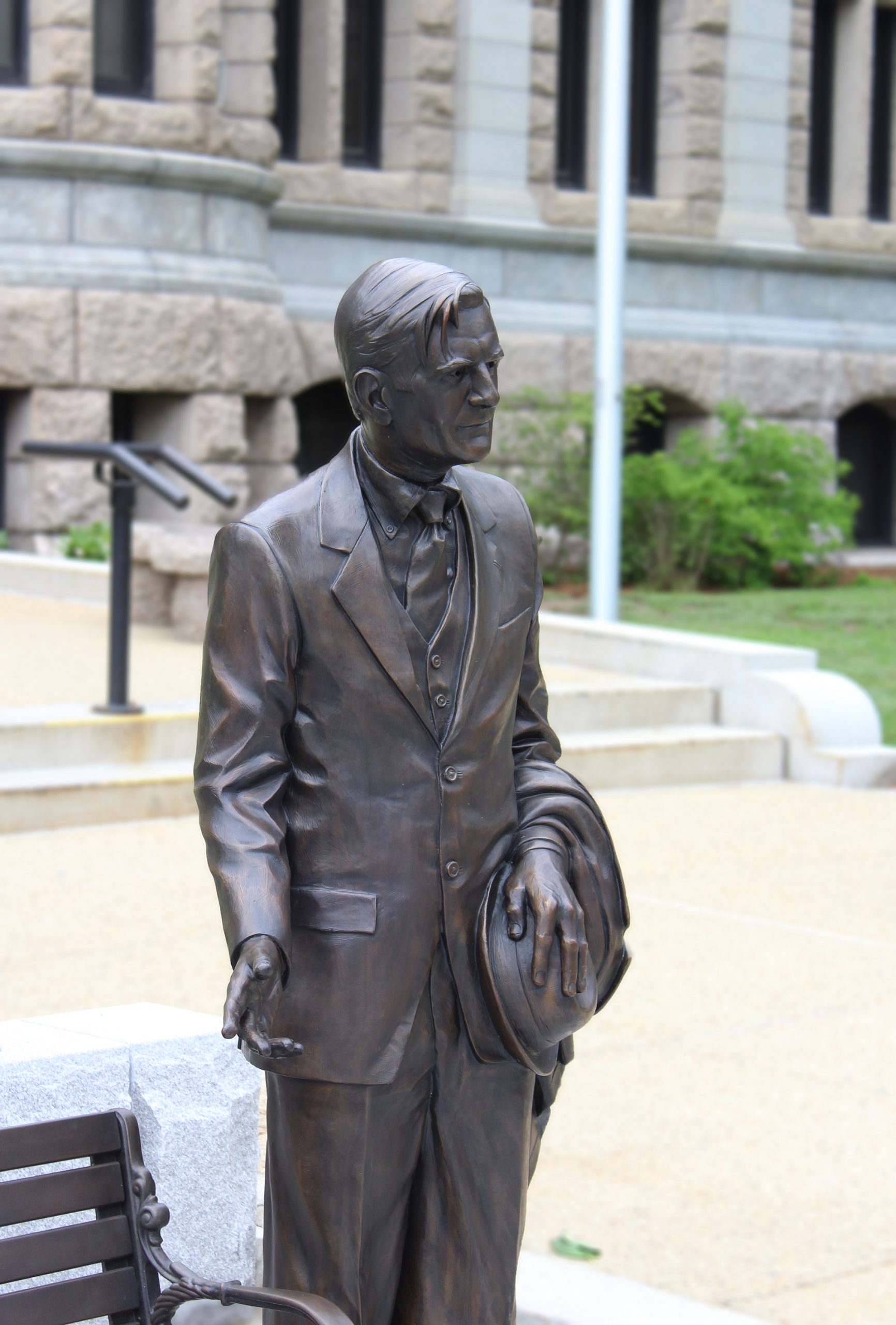 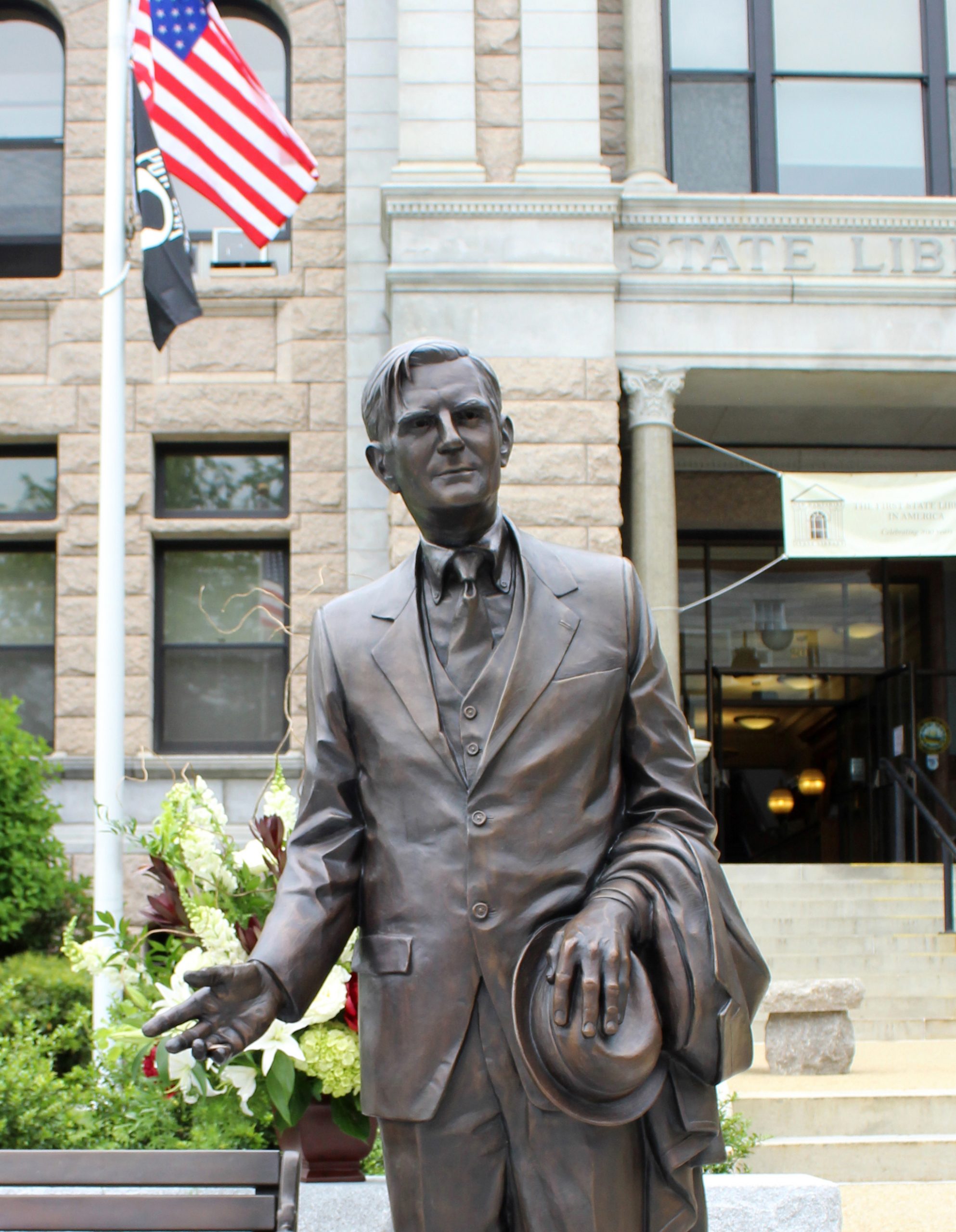 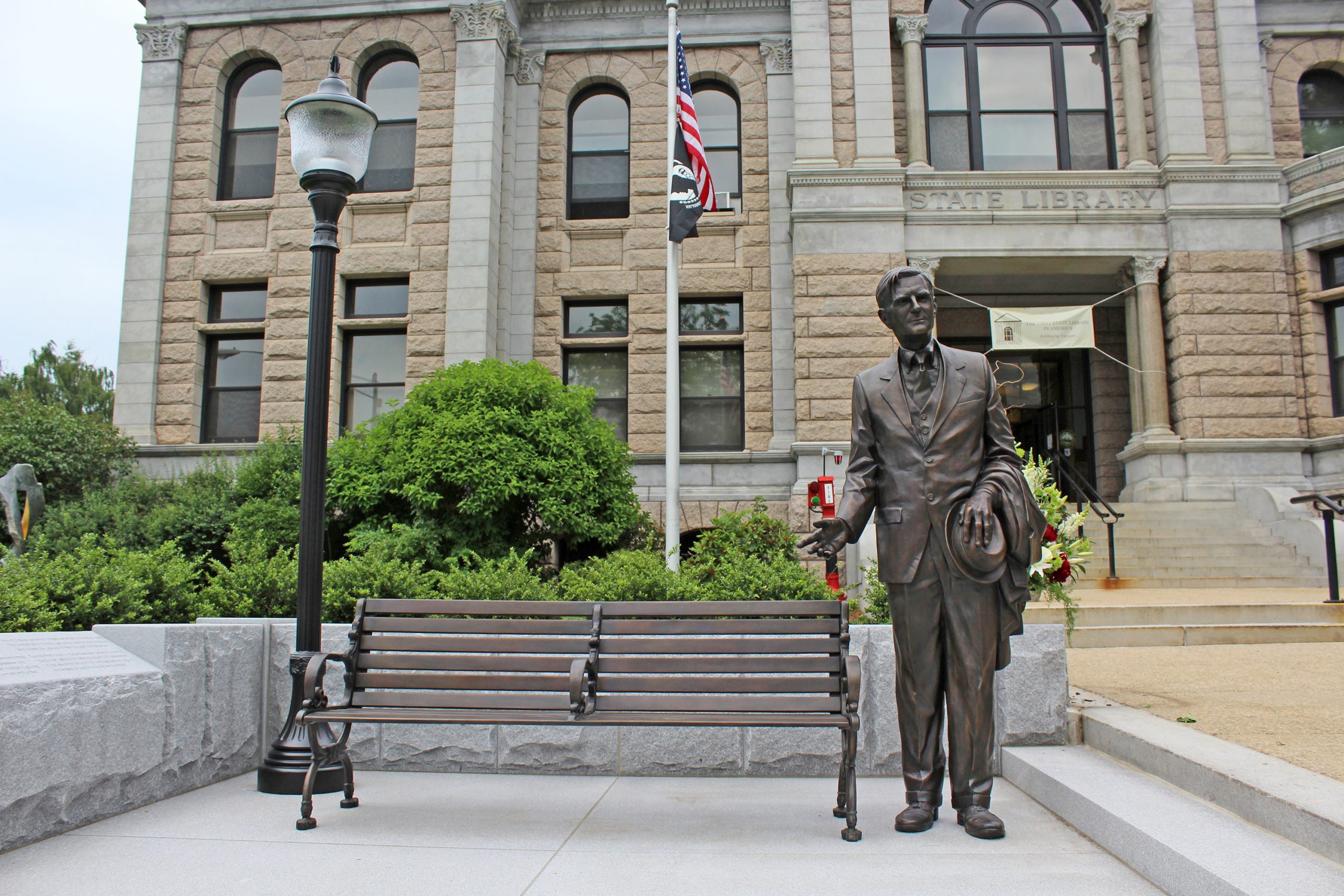 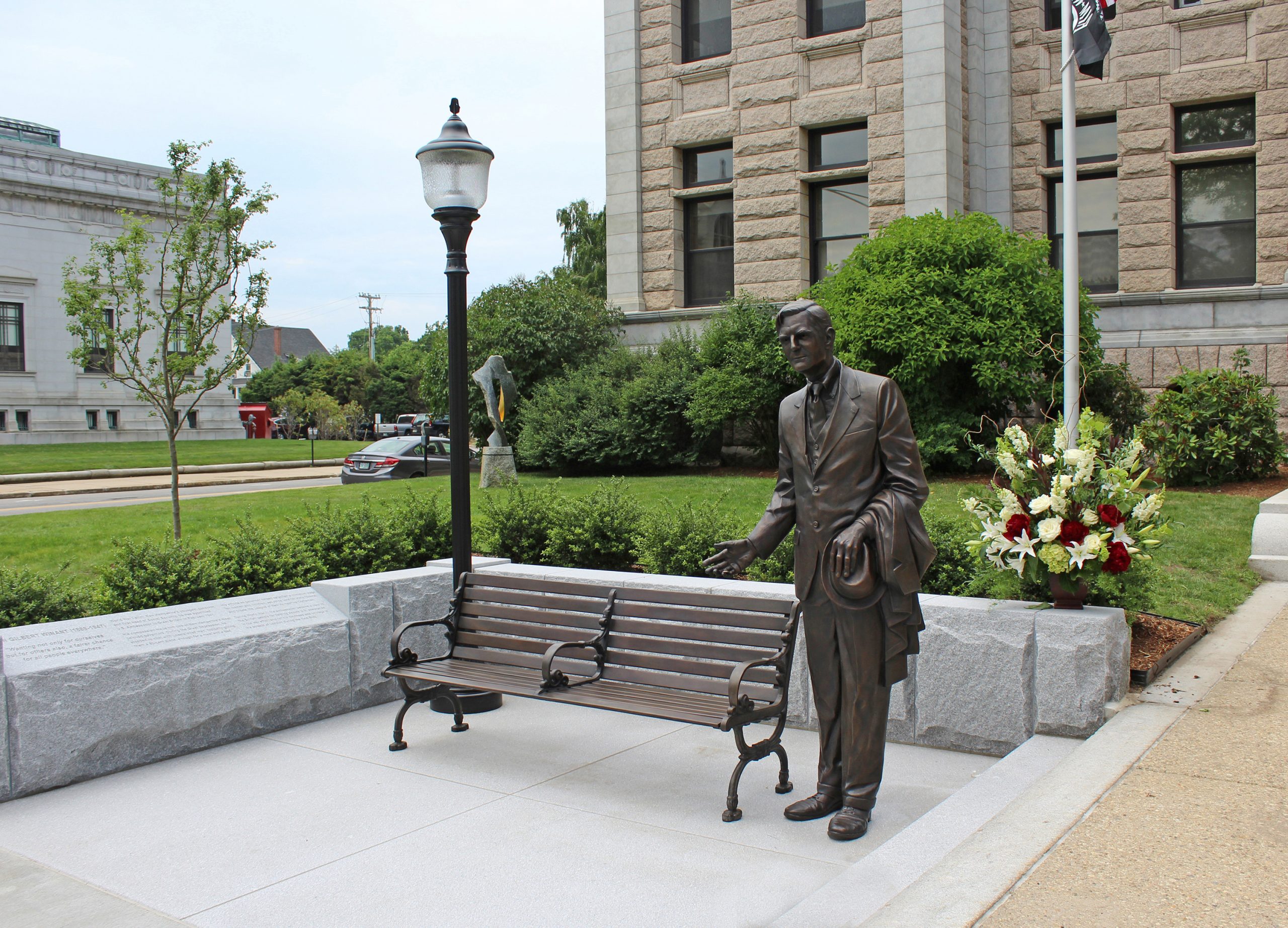 The project was designed to honor and memorialize John G. Winant, Governor of New Hampshire and Ambassador to Great Britain during WWII. A small seating area was built from local granite which tells Winant's story. He is depicted in bronze, just over life-size next to a bronze bench.

The project was meant to honor Governor Winant and unearth his story. He was a three-term Governor, first head of the Social Security Board, and Ambassador to Great Britain during WWII, where he showed enormous bravery and compassion. Despite his many successes Winant struggled with depression and took his own life shortly after the war. His story is chiseled into the granite walls that surround him.

JBG Sculpture led a team of architects, fabricators, and city planners to design and construct the site and accompanying bronze.