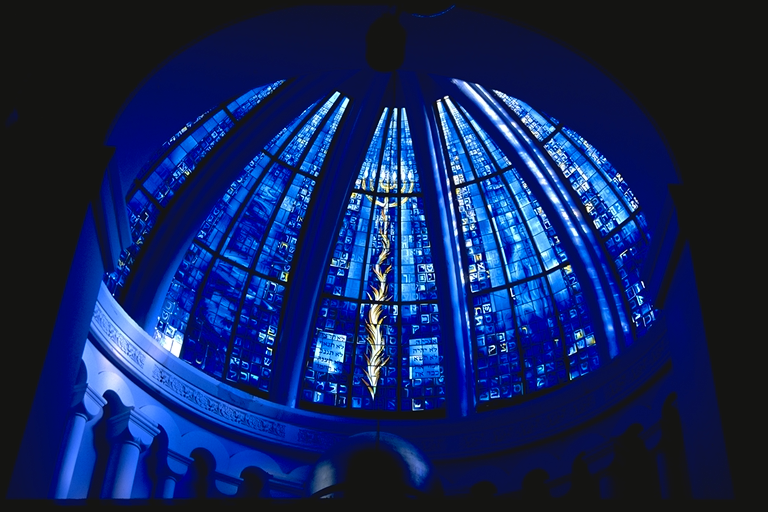 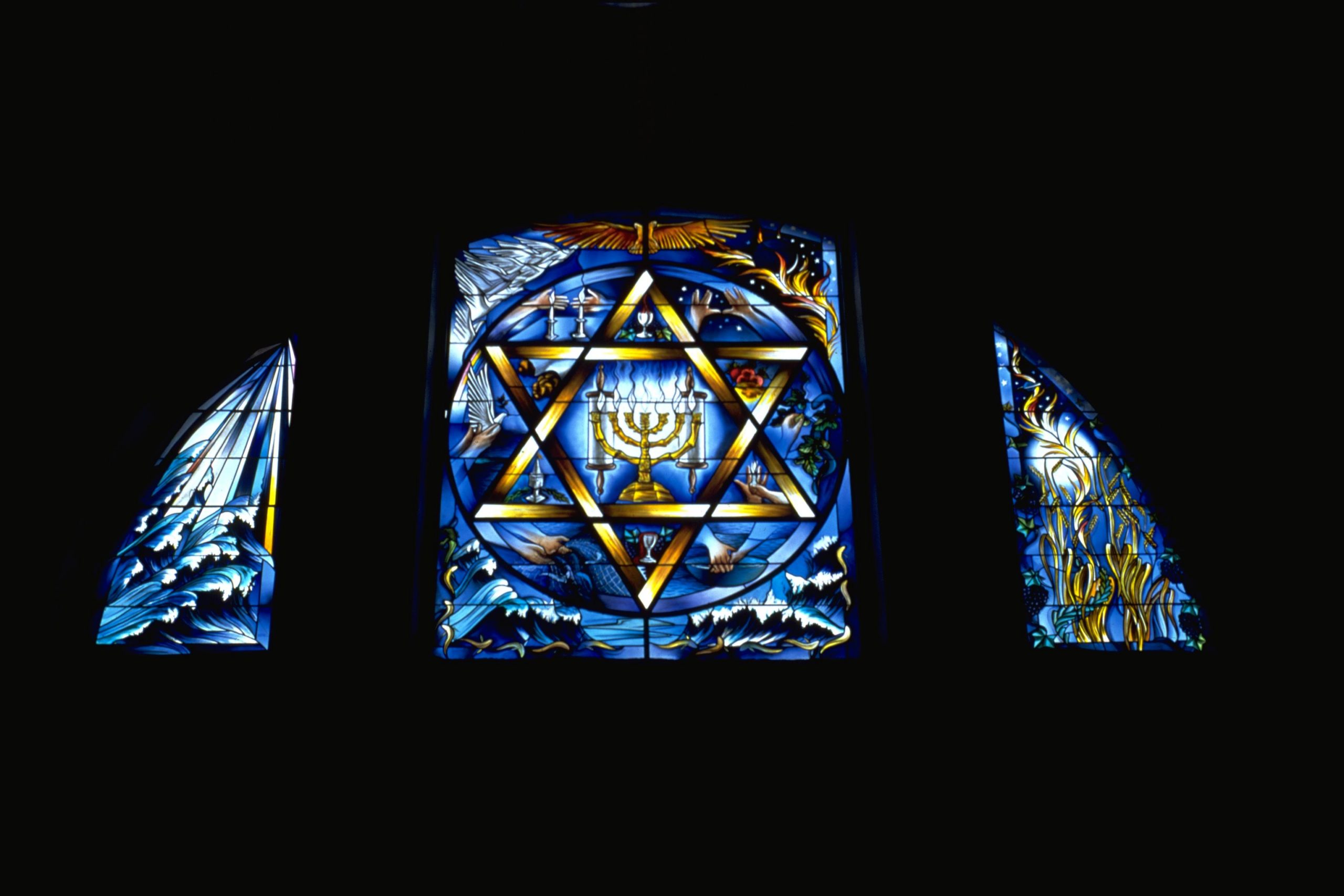 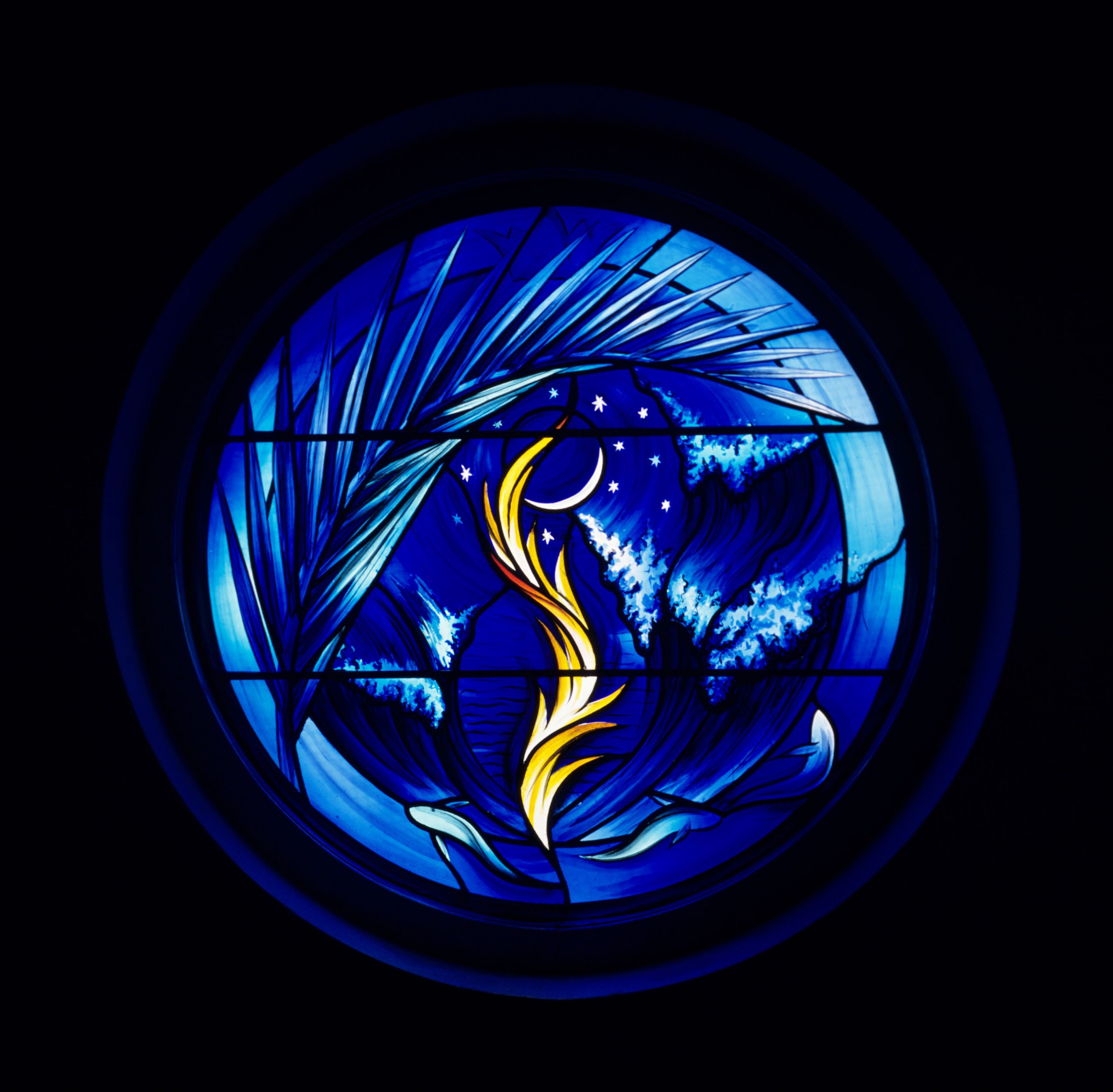 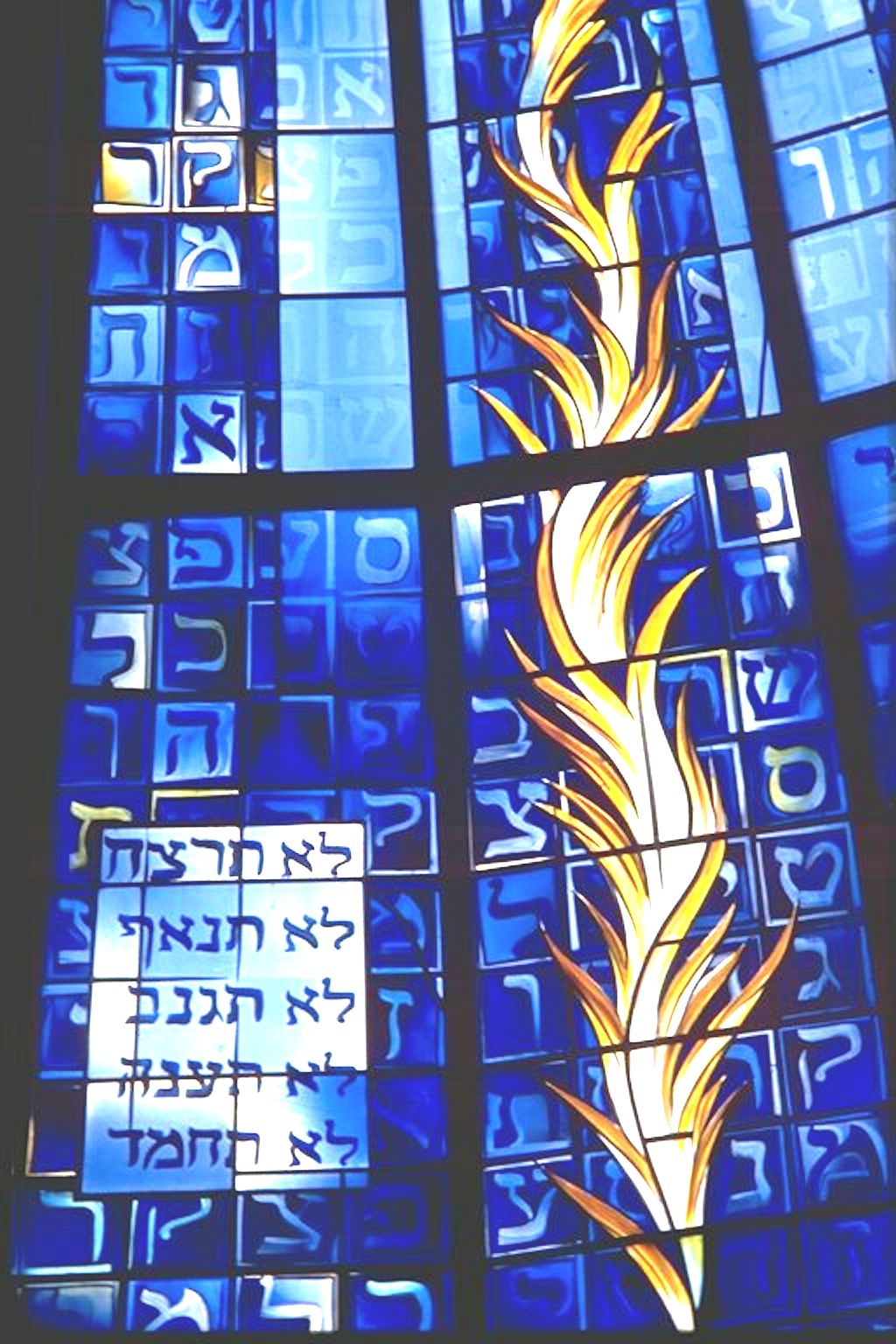 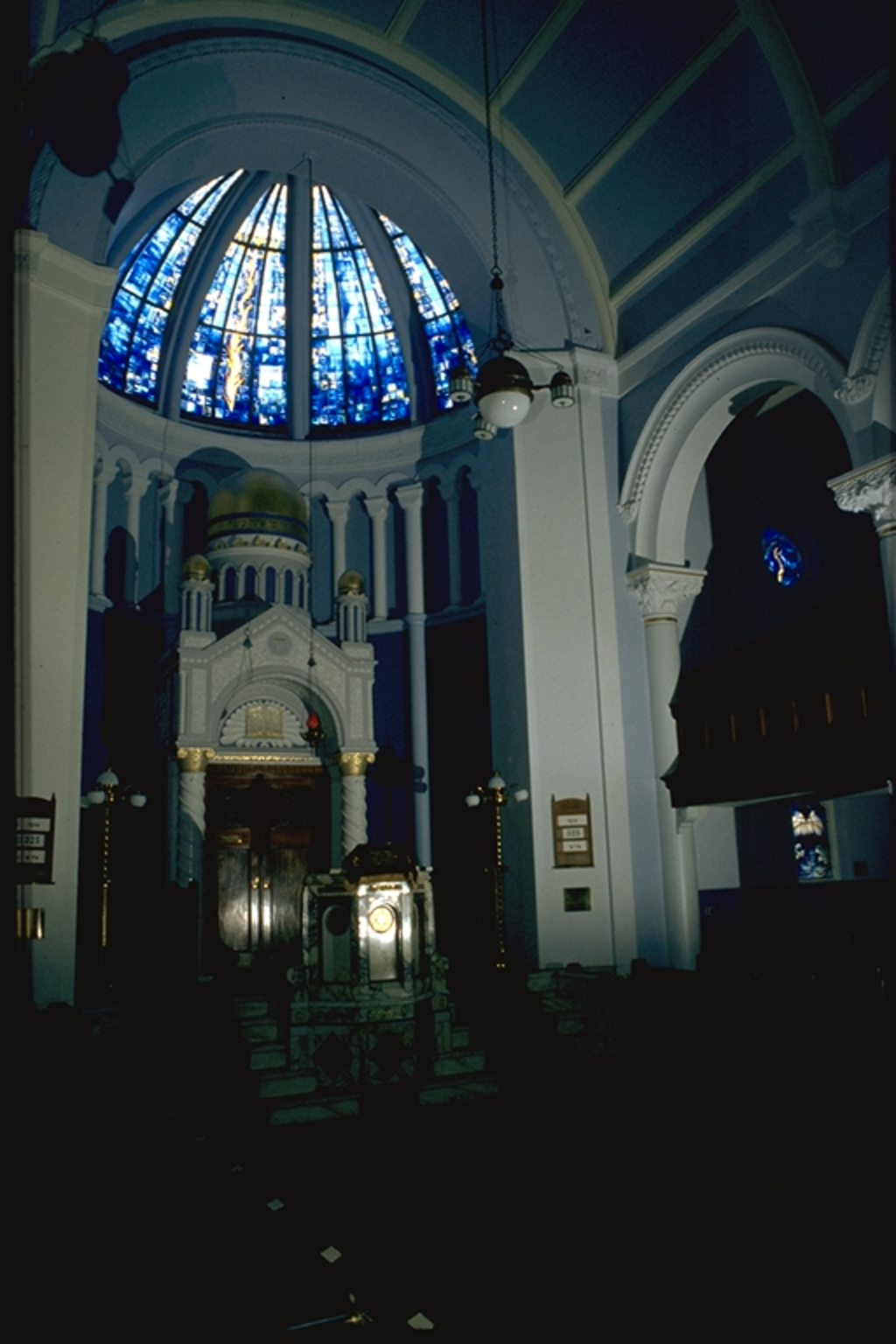 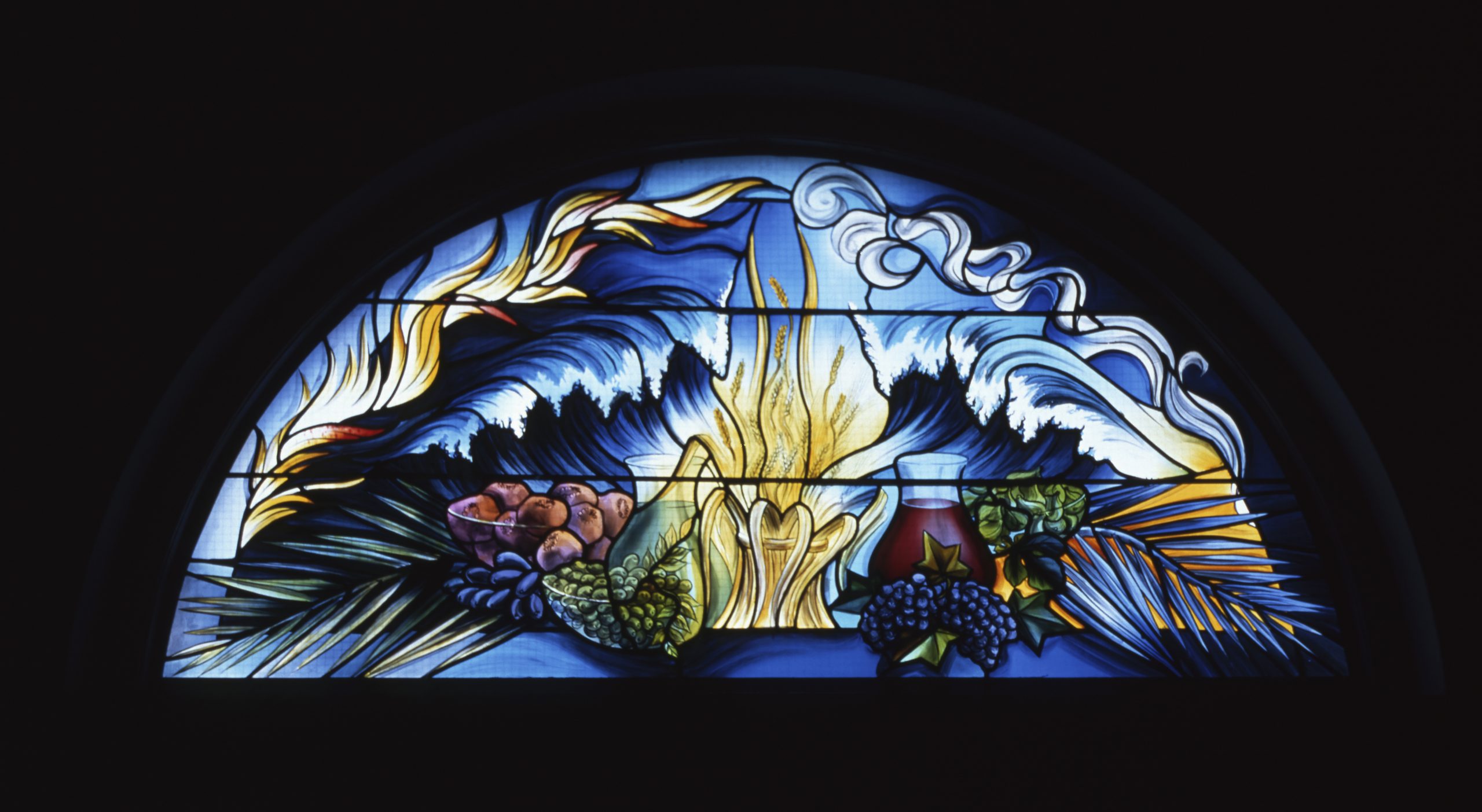 The project was an attempt to save a synagogue that due to demographics was losing members. It was part of the European City of Culture event Glasgow 1990. The project brought a great deal of attention to the building over the subsequent years. The works transformed a classical interior into a sacred space.

I was commissioned by a select committee of members to create a series of designs for this building on the given theme of the Jewish Festivals, major and minor. When I tallied up the various aspects of the major Festivals we were able to create a complete set. It took the first months to educate myself on the theme of the Jewish Festivals, then I looked for a suitable design approach. I presented my first design, the triptych on the theme of there Sabbath. This astonished the committee as the Sabbath is often overlooked as even being a festival. They accepted the design approach and asked me to complete the set of designs. This I did over the following months.

Although these works were made a long time ago now they still have an immense symbolic value. Designed in a time before the ease of research made possible by the internet, it was a huge challenge to bring together the symbolism. The images here are based on the Sabbath Window and the Dome, Before Creation, based on the text in the Sefer Yetzira. The small round window is Rosh Chodesh.