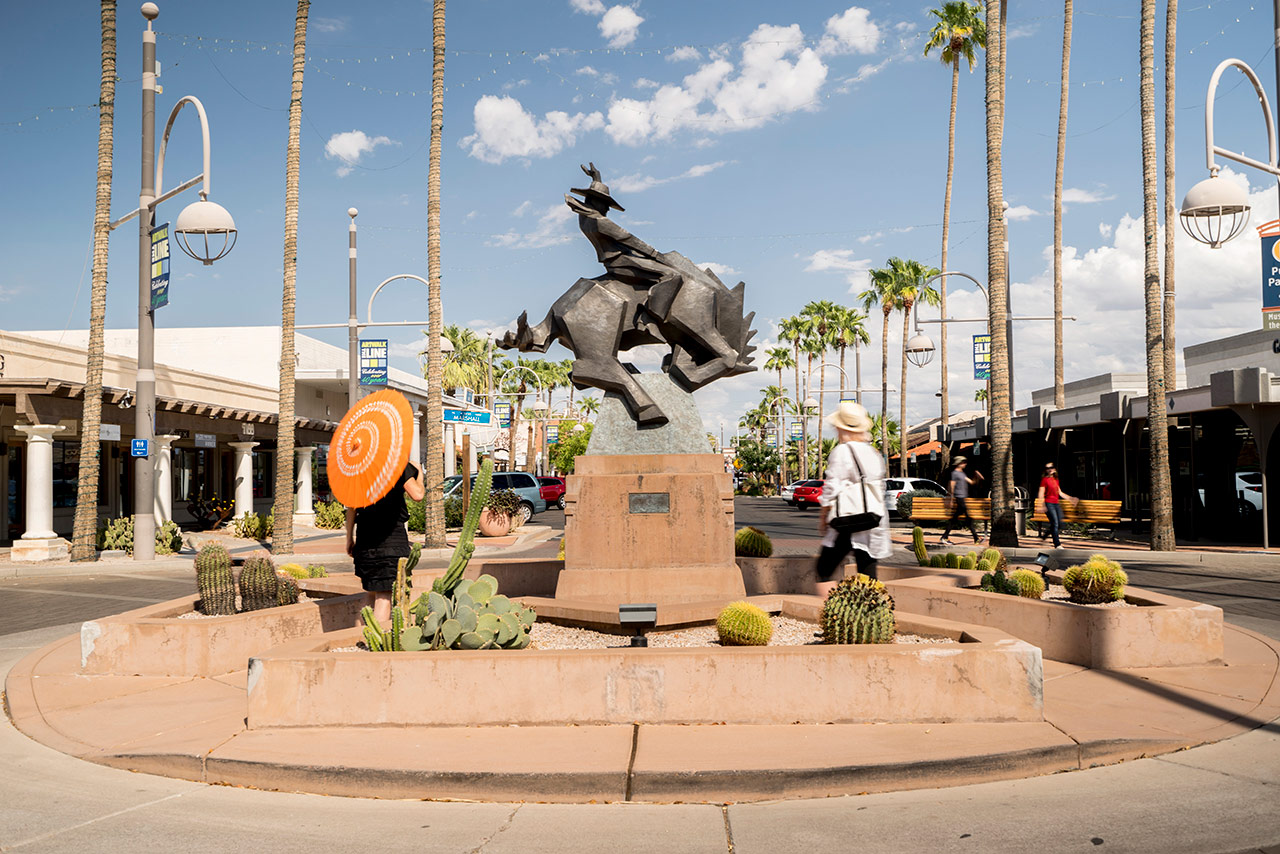 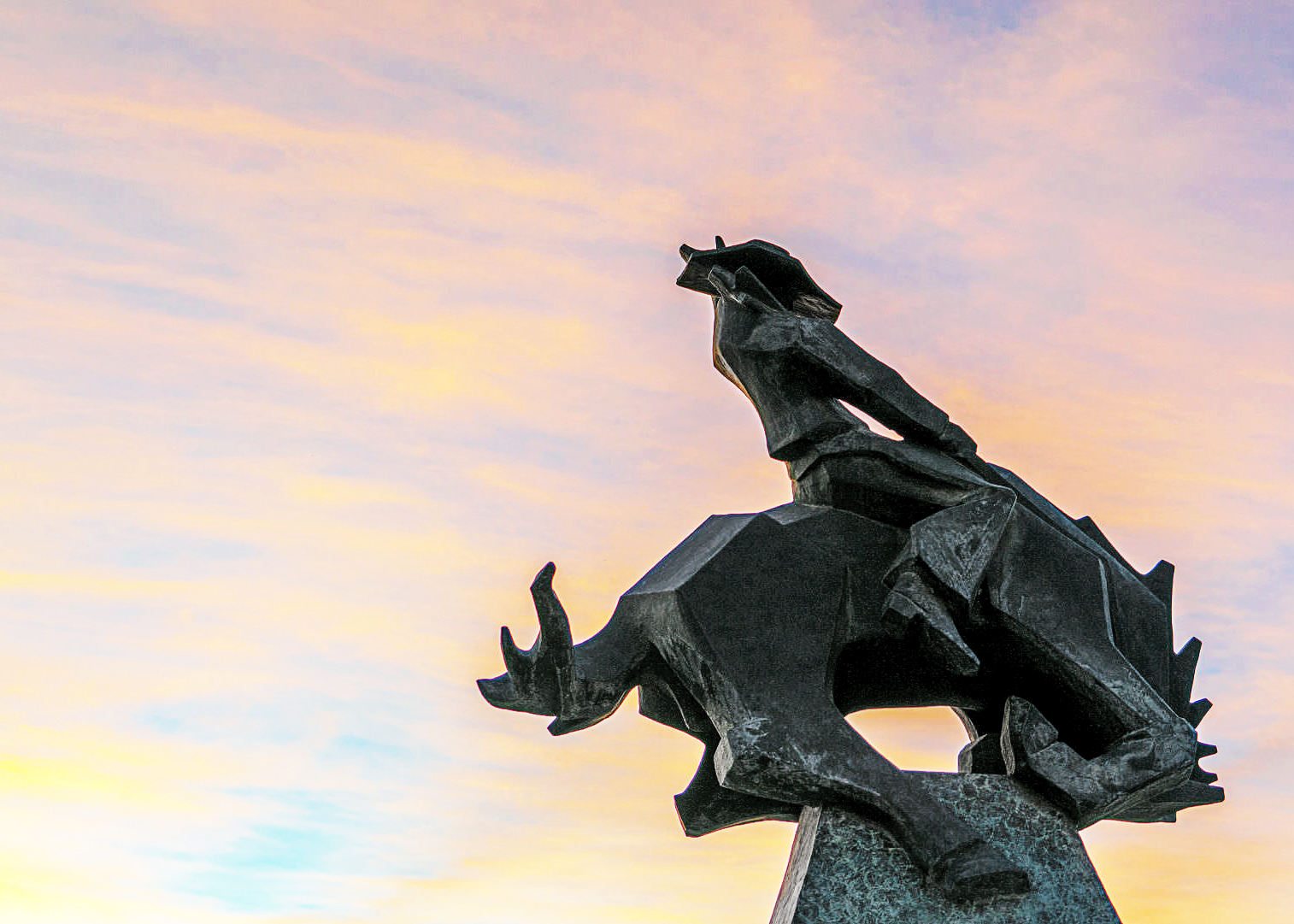 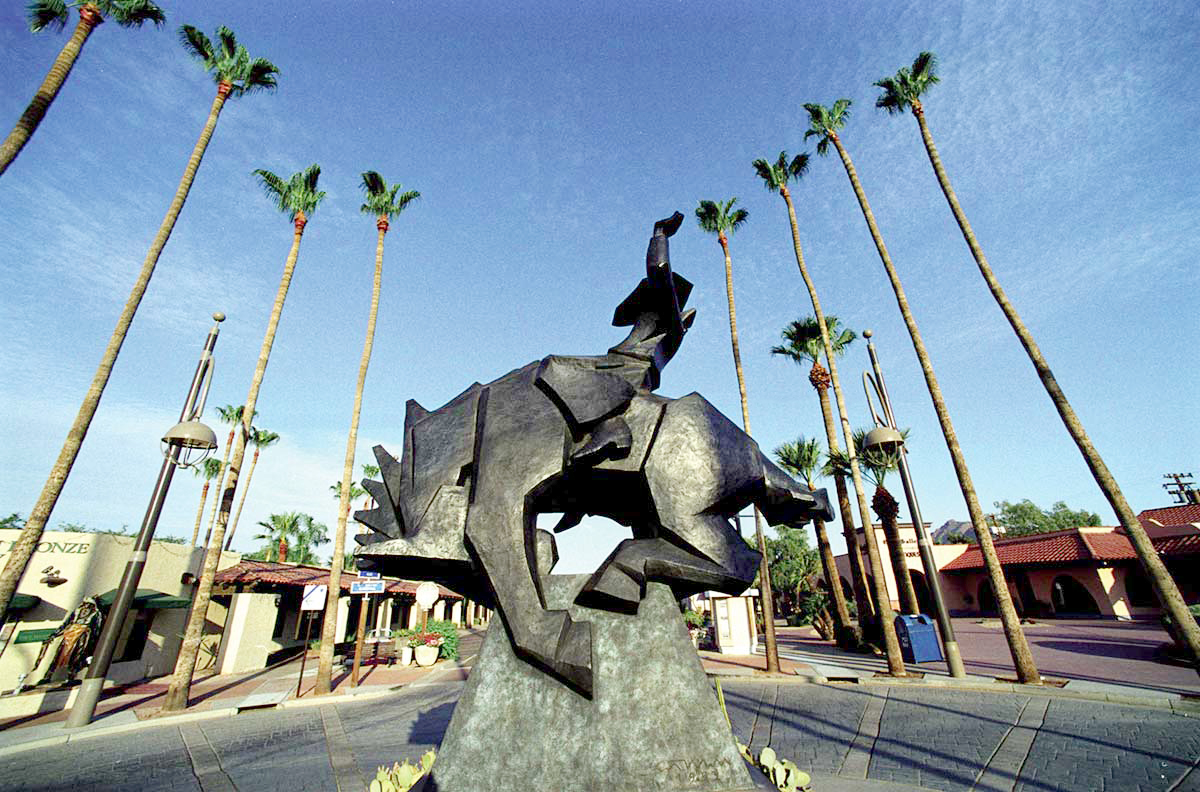 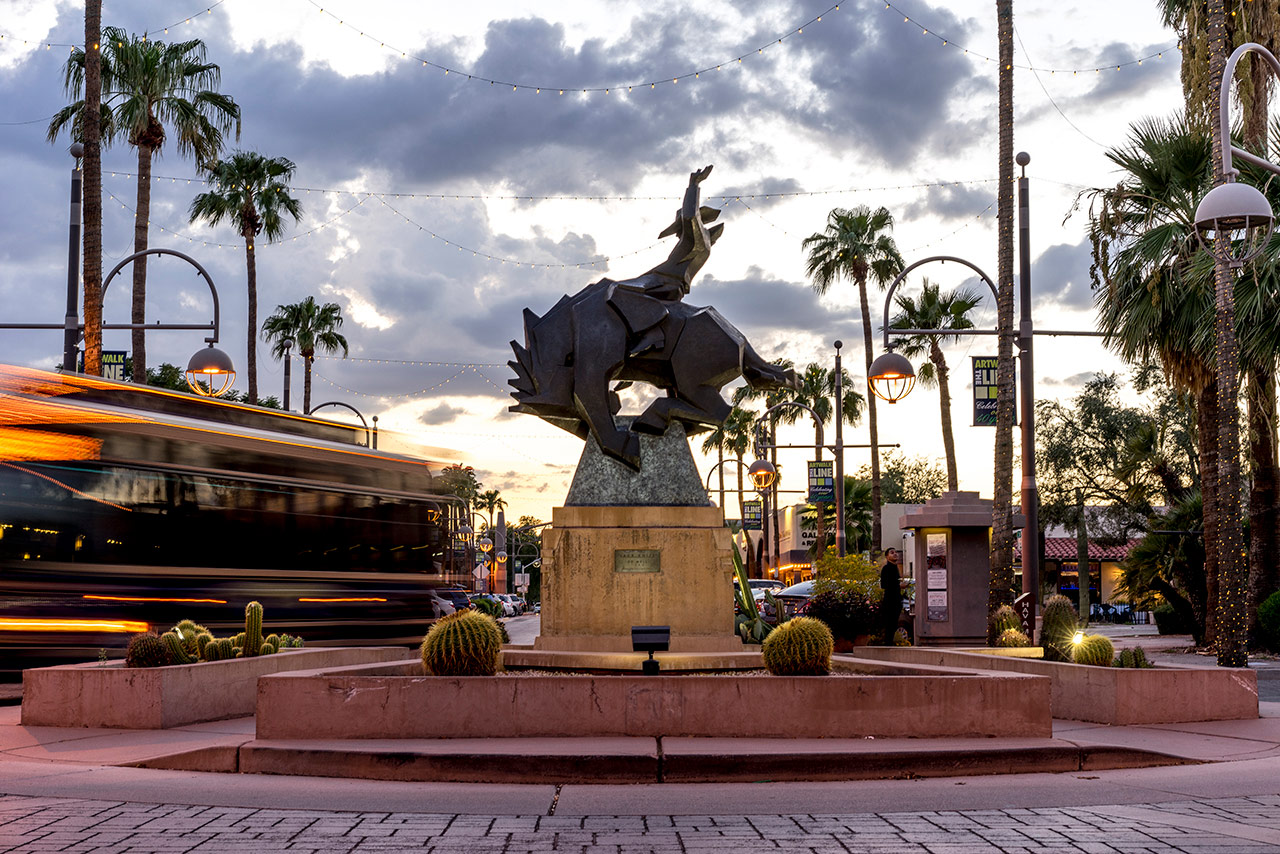 Jack Knife was his first large-scale sculpture. The bronze stands over eight feet high on its base and is modeled after Scottsdale’s official city seal, a rider astride a bucking horse. “Jack Knife has a reverence for the Old West. It is not traditional, but yet it has a traditional theme. The angularity accelerates the power and energy of the rider and horse, more than an accurate depiction.” –Ed Mell