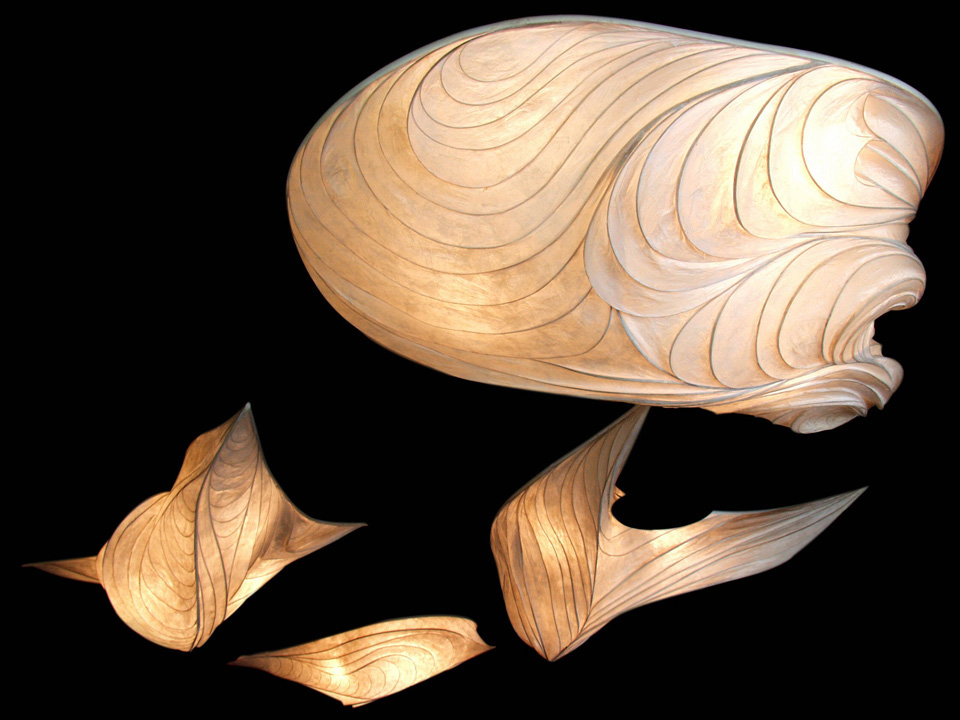 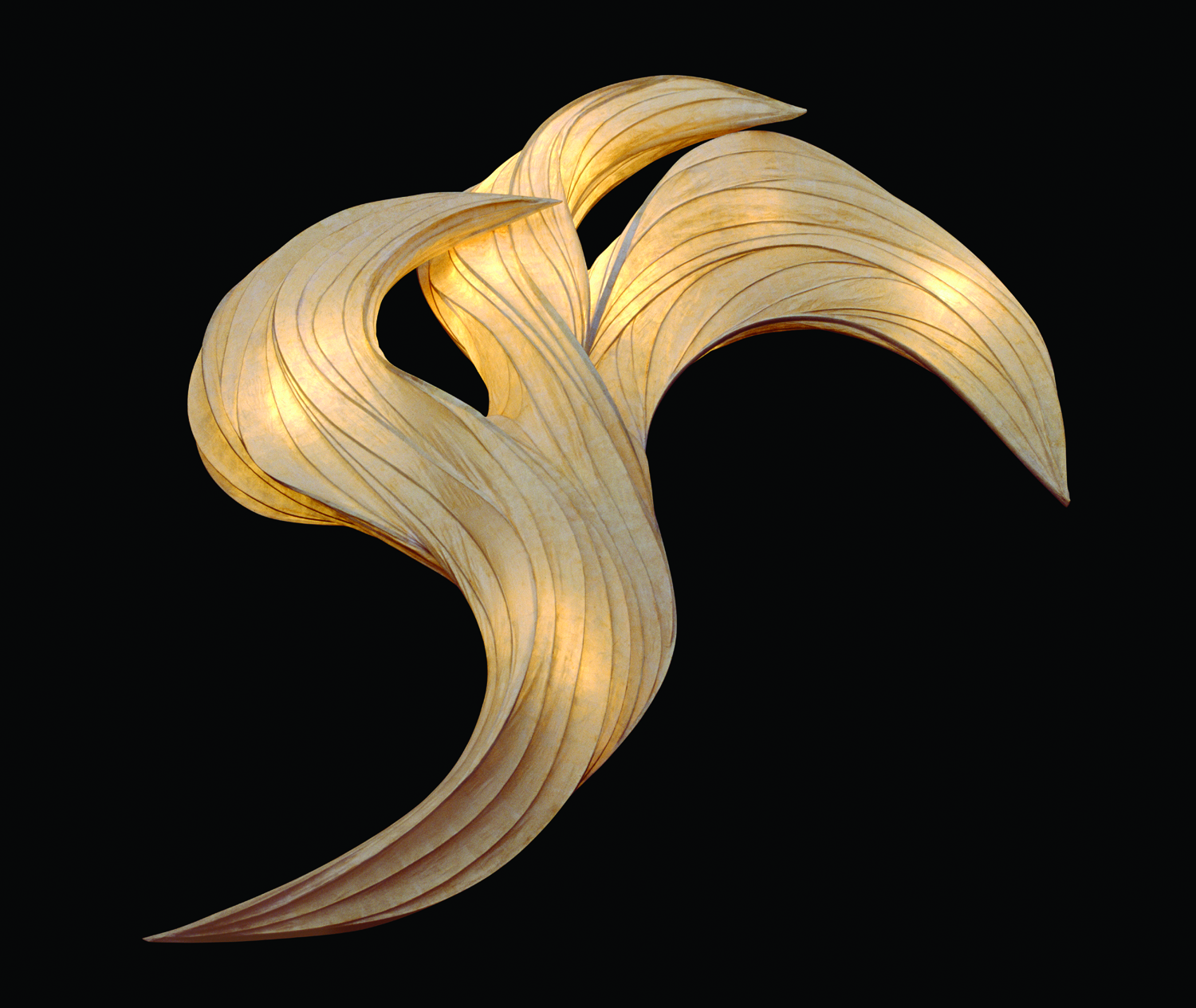 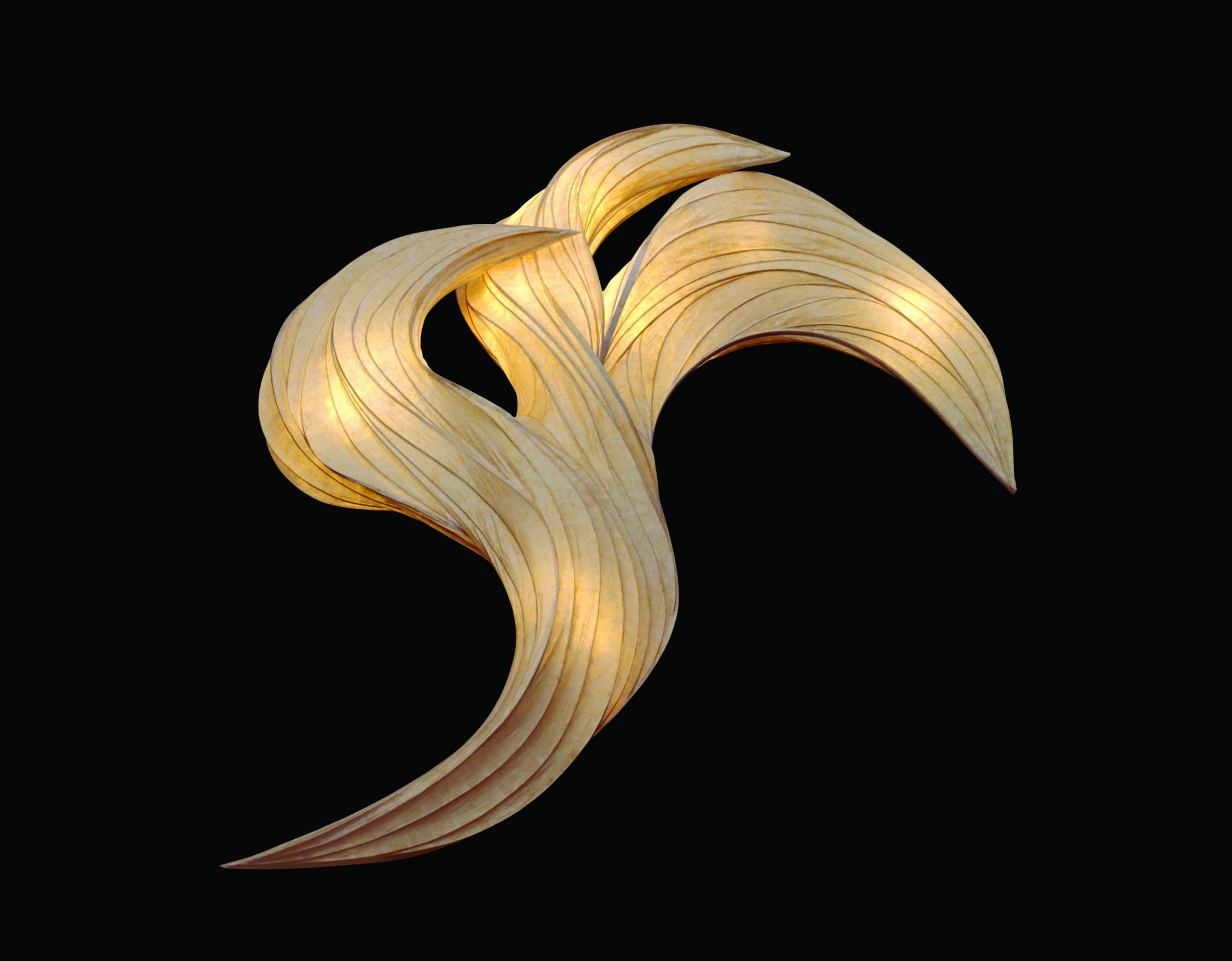 Restaurant owners commissioned five large (up to 12 ft. by 10 ft. by 2.5 ft. deep) ceiling “Clouds” plus one large wall sculpture to hang in their dining room. Originally the clients wanted several large round chandeliers but the open ceiling, painted black, invited flat, horizontally extended LightSculptures to float lightly above people’s heads, illuminating the room as well as enhancing the aesthetics and character of this Asian themed restaurant.

The restaurant was built from the ground up with the intention of serving Asian fusion cuisine, so the decor, which included three large aquariums with jellyfish, was to be cutting edge Pacific Rim.

I conferred with the owners and suggested using my work to both hide the duct work in the ceiling while providing light and art that is easy on the eyes.

The clients were so happy with these pieces that they commissioned another set of similar pieces for a second restaurant opened 4 years later.