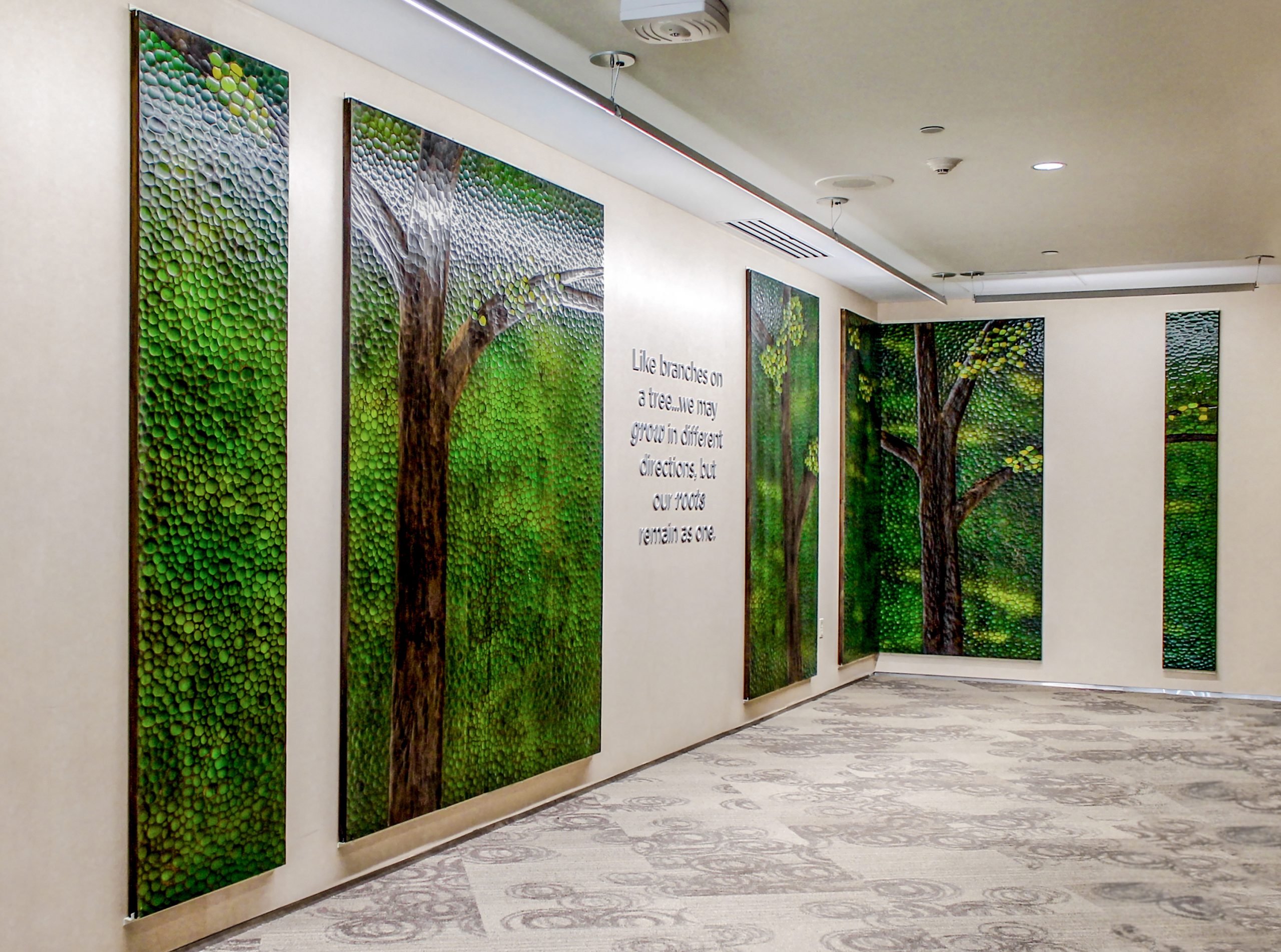 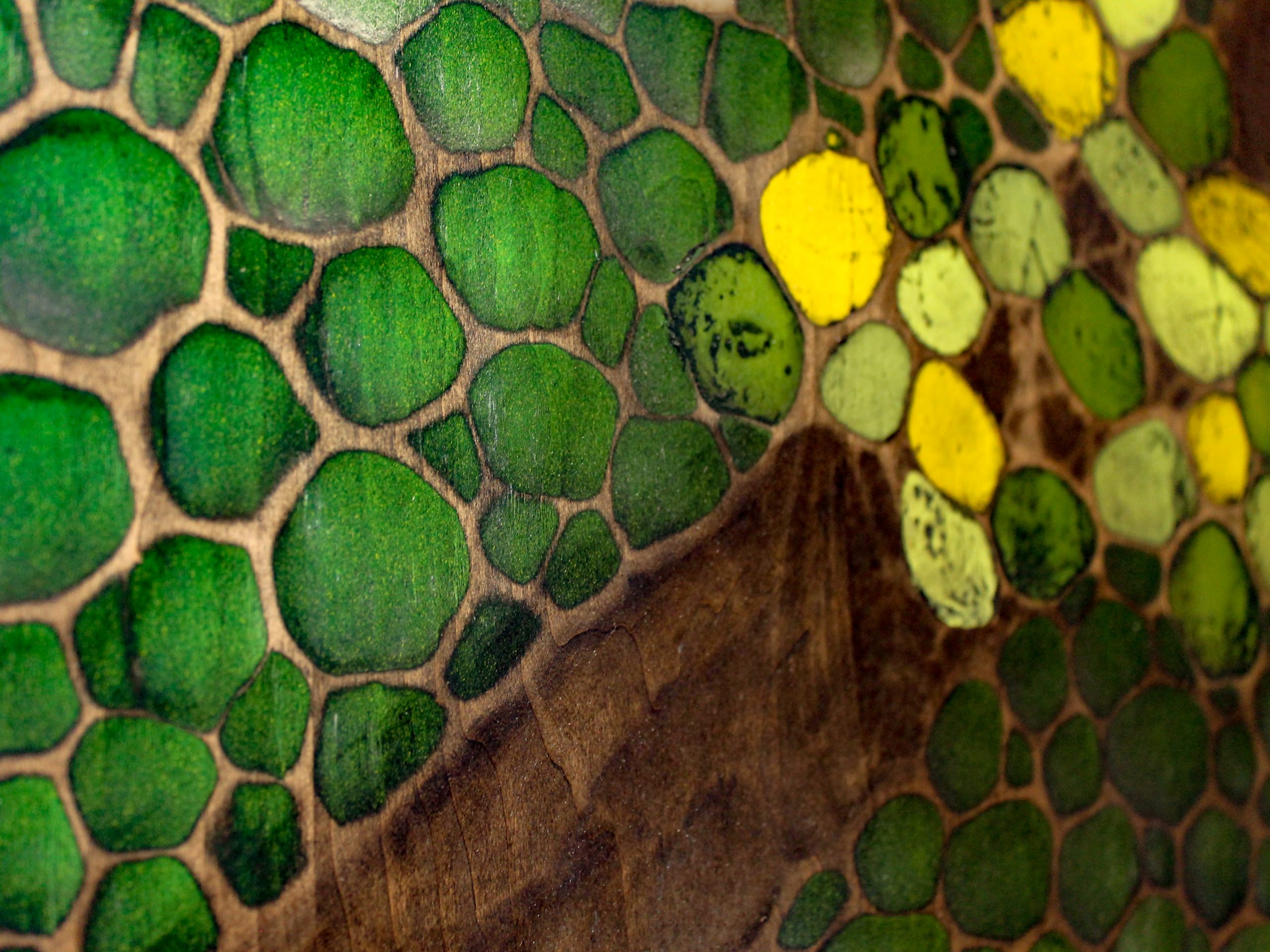 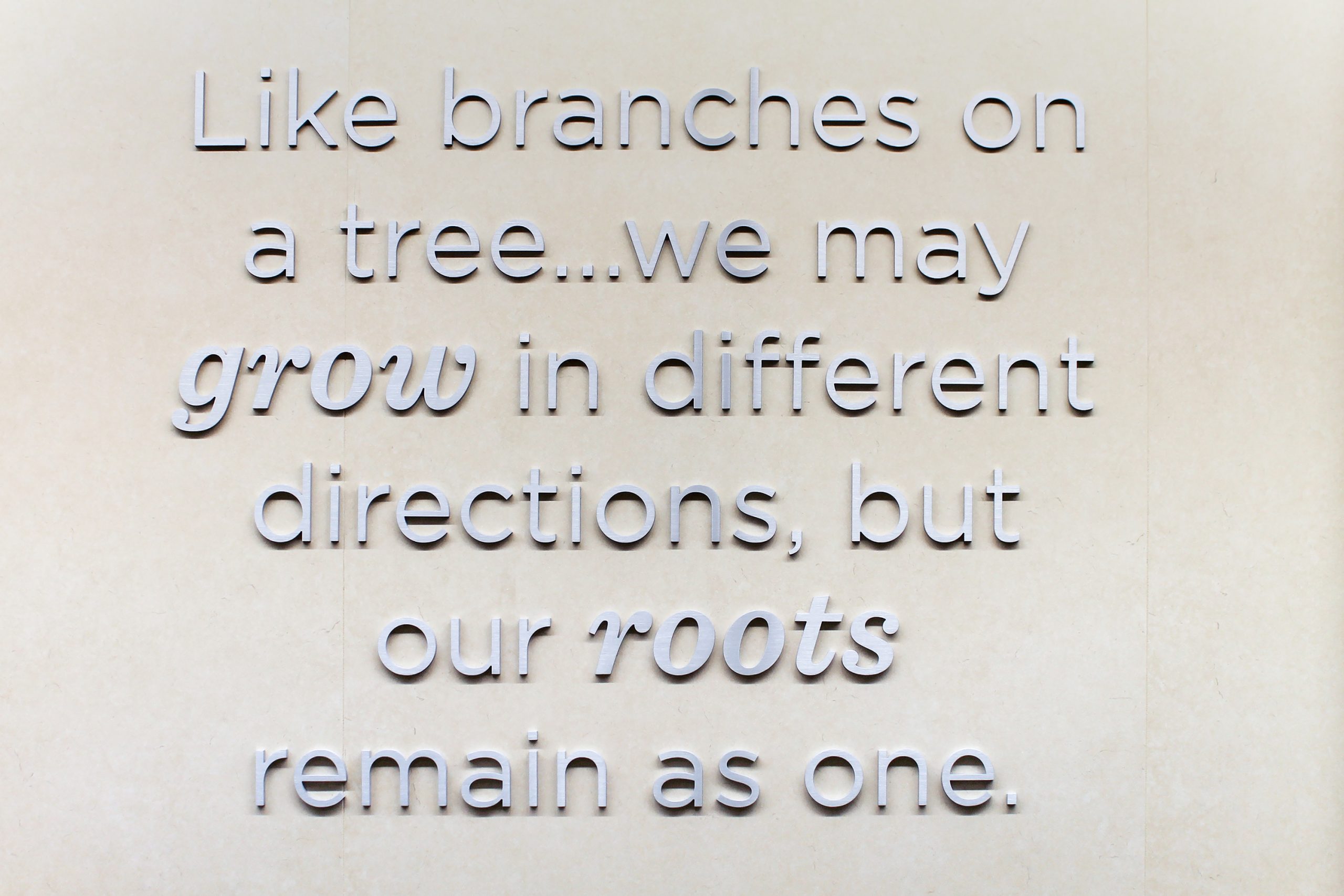 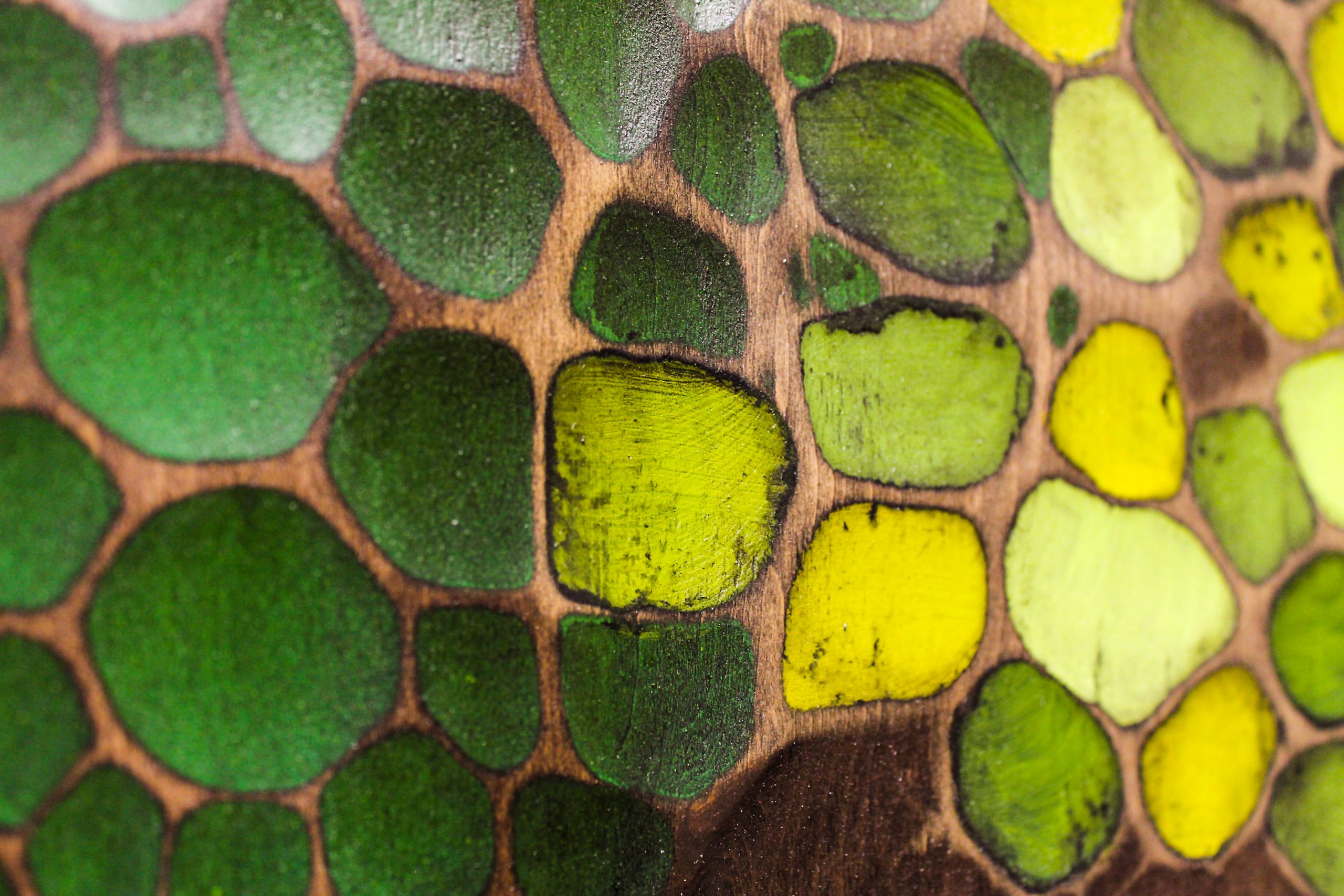 SSM St Mary’s Health’s replacement hospital is nestled in the hills near Jefferson City, Missouri. Its curved form echoes the hills, while views onto the surrounding forest serve as living art. The Franciscan nuns who founded SSM believed that nature plays an important role in healing, so everything at the hospital has a relationship with nature, down to the lighting fixtures that resemble Missouri river birch trees. Lawrence Group, the lead architect, brought on ARCH Design, Artwork and Framing to commission a work of art that would tie into the architecture and interior design as well as the surrounding nature.

The elevator lobby that connects the main lobby on the first floor to the cafeteria on the ground level is the axis of SSM St. Mary’s Health, but it offers only a glimpse onto the surrounding landscape. Since the new building is focused on patient and staff flow, it was imperative that the art help guide people through the space while embodying the theme of Missouri nature. Additionally, SSM requested a work that would bespeak its Catholic heritage but remain accessible and meaningful to the larger public.

ARCH Design proposed local sculptor Michael Bauermeister to create an installation of carved wood panels because he draws inspiration from the very woods that surround the hospital. Just as the flagship hospital moved from downtown Jefferson City to the nearby hills, Bauermeister recycles old wood from cities and enacts a metaphorical return to nature by making it look like trees again. The artist’s overarching project therefore aligns well with the theme of roots, which unifies the ground floor of the hospital. Further, while Catholics might interpret the subject as the Tree of Life, the hand-carved, painted panels might remind others of the deep, verdant green of the Missouri forest.

Principal Beth Trueblood reached out to ARCH Design to conduct research for the project. Since ARCH maintains close relationships with many artists, its consultants were aware that Missouri artist and carpenter Michael Bauermeister, who is known for smaller wood vases and panels, had recently embarked upon large-scale work. Together, the team collaborated with Bauermeister to adapt one of his earlier panel pieces that represented trees to this location, and to establish a harmony with the architectural space.

In addition, the client wished to incorporate the following inspirational saying into the work: “Like branches on a tree, we may grow in different directions, but our roots remain as one.” Bauermeister’s installation underscores this idea, as it is comprised of several separate panels that span two walls, but are unified by a single subject. The hand-carved marks that coalesce into this lush forest scene likewise express the idea of individuals as part of a larger community.

Bauermeister was selected from three national finalists. Based in rural Augusta, Missouri, he finds peace in the nature that is his inspiration, which translates into work that exudes calm. ARCH Design is proud to collaborate with artists like Bauermeister whose projects align so well with the missions of its healthcare clients. ARCH Design is a turnkey art consulting firm that works with owners, end users, and partnering design firms to transform interior environments through the visual power of art and design.