Inside the Mind of DaVinci - CODAworx 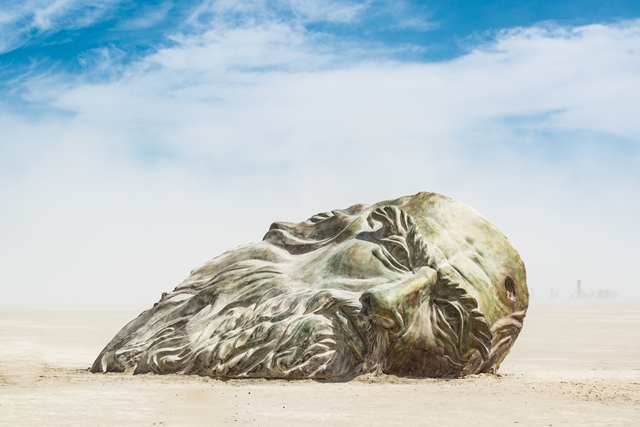 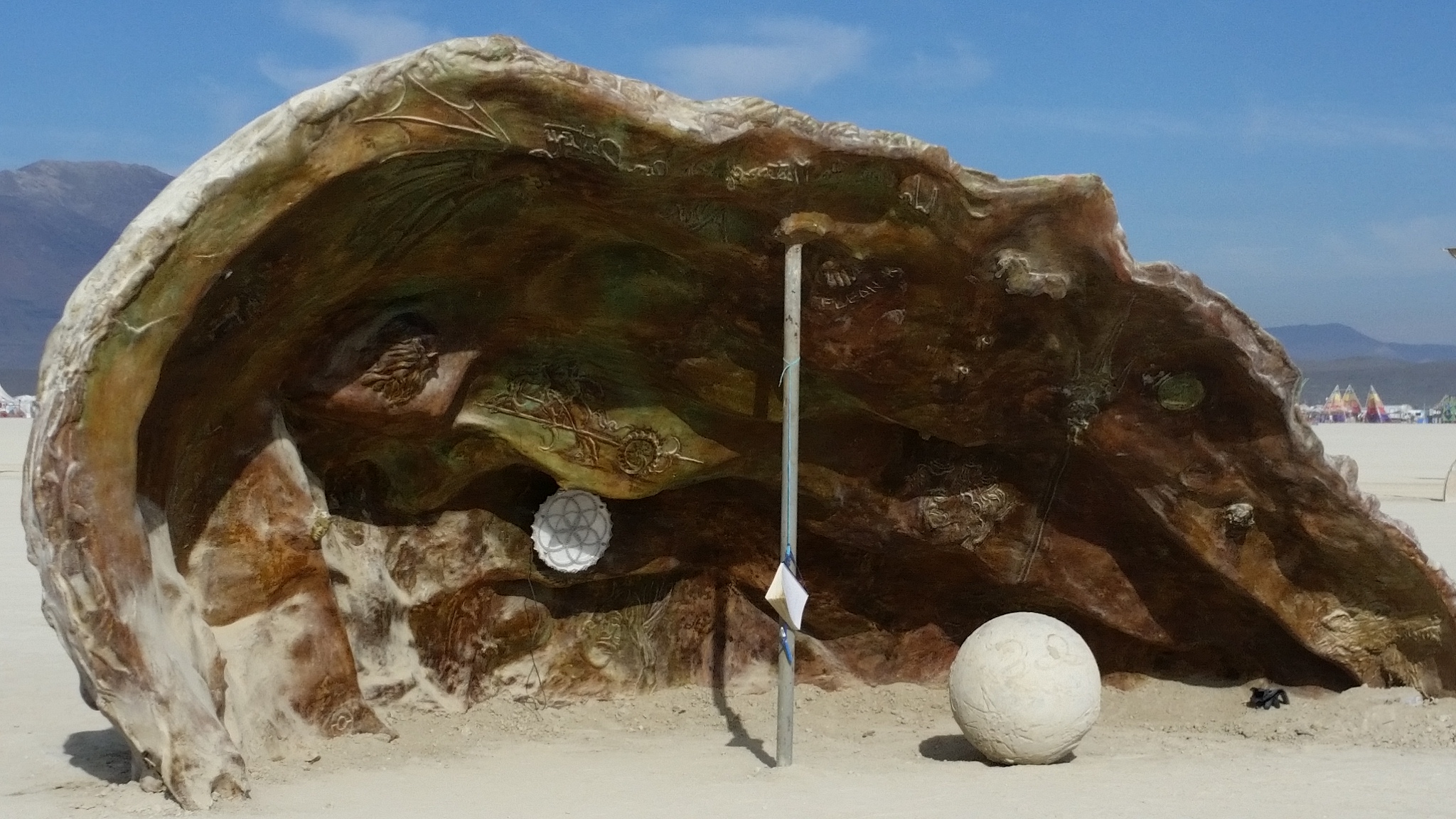 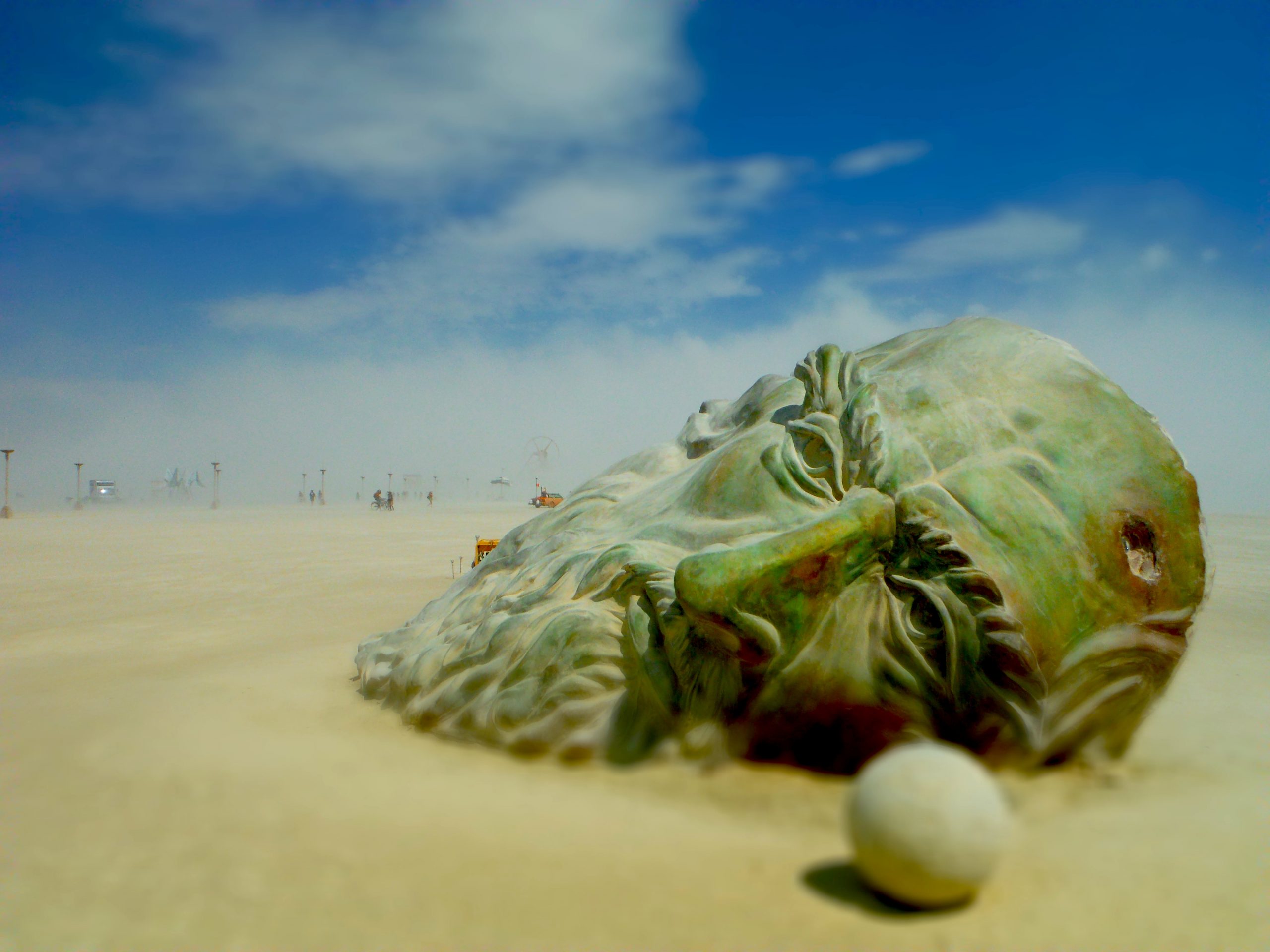 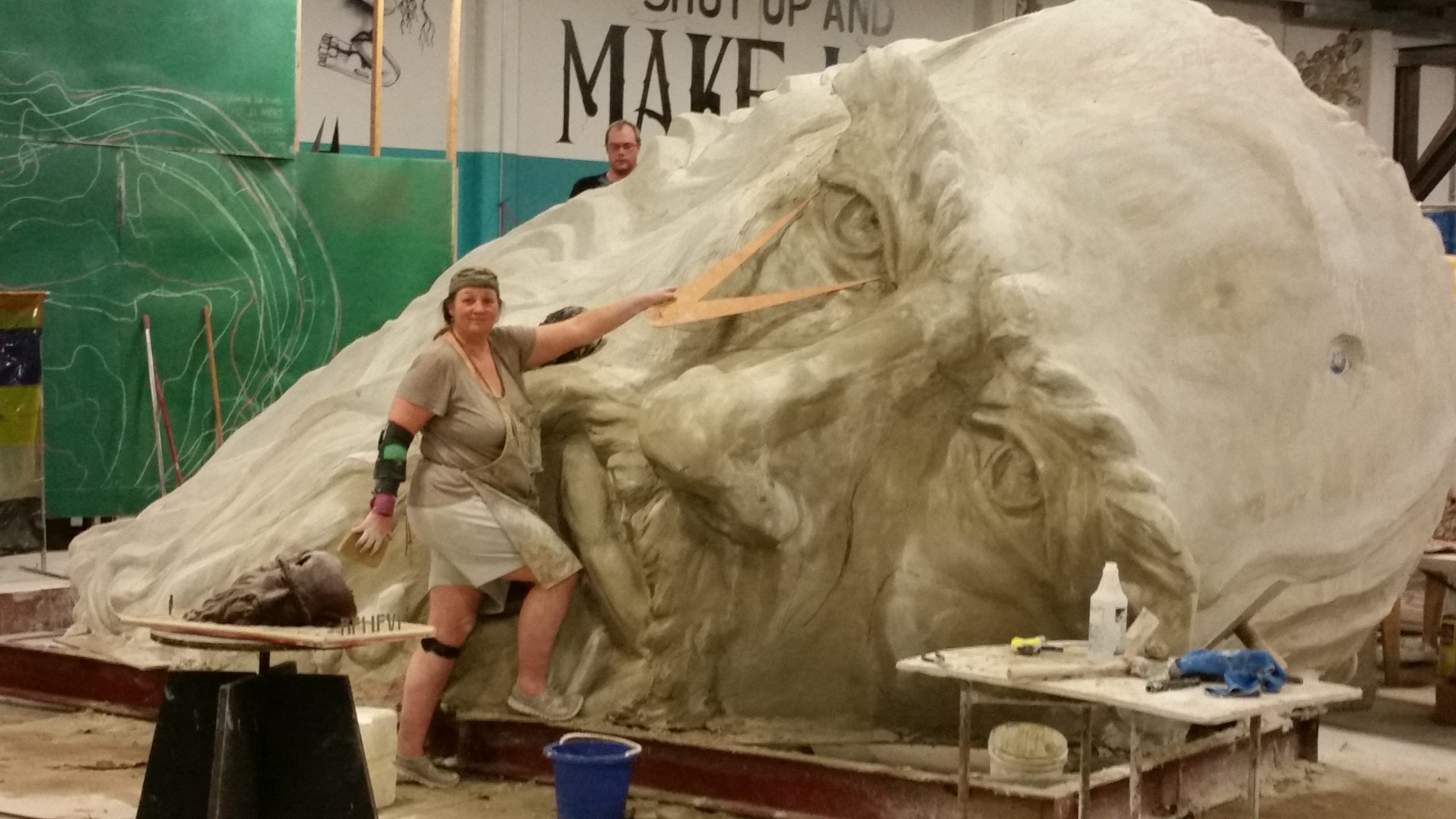 This project was a self funded piece that was shipped to the Black Rock desert for Burning Man 2016. The theme being DaVinci's Workshop. The sculpture is a 10' tall by 23' long model of Leonardo DaVinci's head. Made from reinforced acid stained concrete. Walking around the large sculpture you will enter Inside The Mind of DaVinci. The back of the head is rusted off allowing entrance into the hollowed out interior of the piece. The interior has etched into the surface Leonardo's sketches and writings. The piece's estimated weight nears 7 tons.

My goal was to create a community space for gathering and sharing artistic and inventive ideas. Ideal for bus stops, parks, universities, libraries, or wineries. Originally intended for bronze, I switched mediums for cost efficiency using concrete instead. My skills being in bronze (I apprenticed on the MGM Lion in Las Vegas, a seven storey bronze sculpture), I felt it could always be cast in bronze at a later date.

Starting with a life size clay maquette it was digitized with a 3D scanner, slices were printed out, scale up, and projected on a wall. Rebar was formed from those shapes and welded together. Lathe and chicken wire encased the steel armature. Quick set concrete was poured one bucket at a time to fill the shape. Green and brown acid stain applied and sealed with wax.